Extraordinary photos have revealed the makeshift bush camp two stranded hikers used to survive in the wilderness for four nights.

Trevor Salvado, 60, and Jacinda Bohan, 58, from Melbourne, sparked a massive search after they became lost on a walking trail on Mount Buffalo on Friday morning.

New images depict the couple’s incredible ordeal, in which they were forced to create their own hut using tree branches and leaves and SOS signs made of rocks.

The pair, who were rescued on Tuesday, survived with just a day pack of food consisting of muesli bars, which they ran out of on their last day, as well as wild berries, and found water from a nearby stream.

This is the makeshift hut where missing hikers Trevor Salvado, 60, and Jacinda Bohan, 58, took shelter during their five-day ordeal in the wilderness 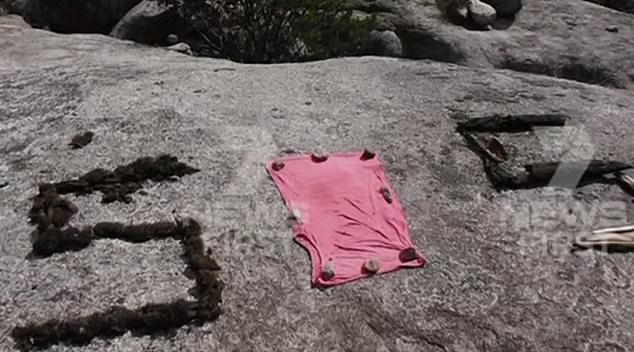 The couple, who became lost while walking a walking trail on Mount Buffalo, made SOS as signs using rocks and a clothing 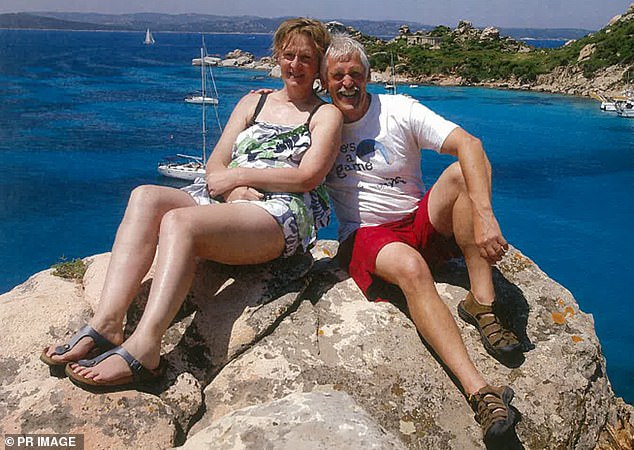 The couple (pictured) spent four nights in frosty conditions, with the temperature dropping to five degrees on Monday morning

‘The track disappeared, or we weren’t good at spotting the track and we think we followed an animal track and we just got to the wrong spot,’ Ms Bohan told reporters on Tuesday, after spending four nights on a steep ledge.

They had been walking for a few hours when they realised they had gone off trail.

‘We basically got lost, that’s all that happened, and then we stayed in one spot for four nights,’ she said.

Incredibly, they survived frosty conditions, with temperature dropping to 5C on Monday morning.

After realising they were lost, the pair set up camp near a cliff, next to a ‘trickle’ of water, which they used to drink from.

The pair told reporters that despite the grim conditions, they were always confident they would be found.

‘We could hear the choppers, we were in a good spot, we were in a safe spot, I really believed that we would get found but I knew that we had to think about our mind-set,’ Ms Bohan said.

‘We could hear speed boats on Lake Buffalo and there were campers below us, there were cows and a dog and there were lights as well, so we knew we weren’t far away from people and help,’ Mr Salvado added.

‘But we had about a 250-foot drop in front of us so we took a few days just to take a look at it and work out if we could get down there.’ 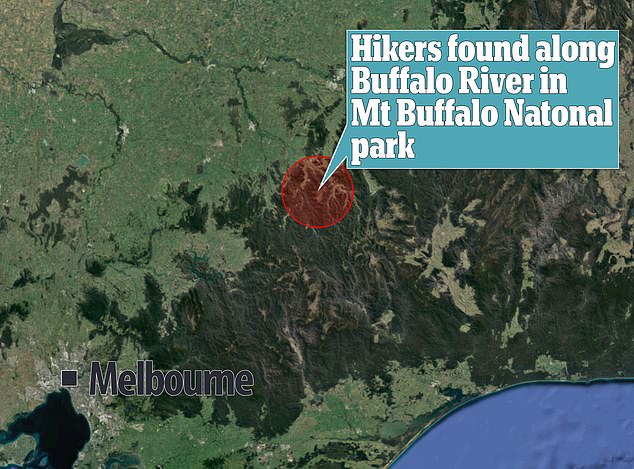 After four nights lost in the wilderness, the couple were found by a kayaker near a road at about 11am on Tuesday 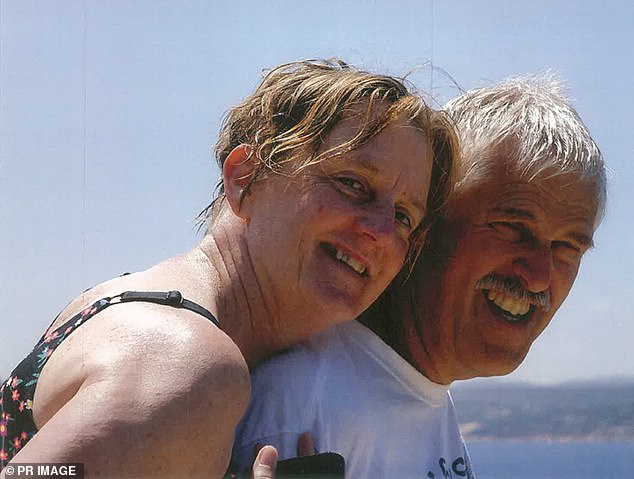 Finally, on Tuesday, after five days in the rough terrain, they attempted to make the trek to find the trail they had lost.

‘We just knew if we stayed too much longer and they hadn’t found us, oh my God. So, today we got the energy, let’s go,’ Ms Bohan said.

Once they found the track they thought: ‘yep, we’re home’.

A short time later, Ms Bohan flagged down a mini-bus filled TAFE kayakers just after 11am near Buffalo River Road in the Mount Buffalo National Park.

Looking tired and worn out, covered in scratches from brambles, Mr Salvado and Ms Bohan said they were not injured and kept calm during the ordeal and were looking forward to having a shower.

After being found they were taken to Wangaratta Hospital to be treated for exposure and dehydration, footage showing Mr Salvado walking unaided from an ambulance followed by Ms Bohan on a stretcher.

Mr Salvado and Ms Bohan were meant to meet friends shortly after midday on Friday but never showed up.

Their car was found the next day and authorities spent the next few days scouring Mt Buffalo.

Their disappearance sparked a full-scale search, involving up to 150 personnel covering several kilometres of rugged terrain.

The pair were then looking forward to heading home and taking a shower.

The couple had planned to meet friends for an annual long weekend getaway but were last seen at a caravan park in Bright in their Skoda car on Friday.

They left the caravan park for a walk at Reservoir Track on Mount Buffalo at 9.30am.

The pair were due to return at 12.30pm but did not do so and their car was later found abandoned.

Desperate friends and family never gave up hope the pair would be found. 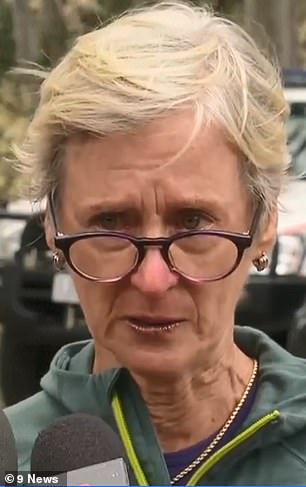 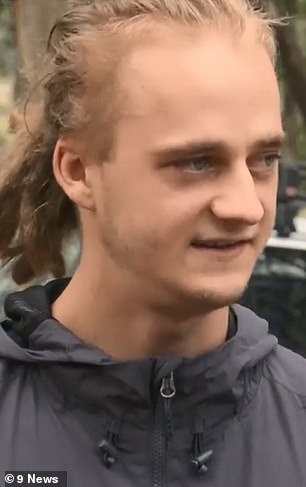 Ms Bohan’s sister Maria Bohan (pictured left) said the pair’s large extended family were supporting one another during a difficult time. The couple’s son Nathan (pictured) said he last spoke to his parents on Wednesday

On Monday, Ms Bohan’s sister Maria Bohan said the pair’s large extended family were supporting one another during a difficult time.

‘We’ve been getting loads of messages and good old-fashioned prayers,’ Maria Bohan said.

‘We’ve got a big team behind us, and we can’t speak more highly of the police.’

The couple’s son, Nathan, said he last spoke to his parents on Wednesday or Thursday and they told him they’d be gone for a few days.

‘Come home, please. I miss you,’ he said as reporters gathered on the sidelines of the search on Monday.

‘We’re looking for you. We’re trying the best we can.’

‘Victoria Police would like to thank all emergency management partners, members of the public and the media for their ongoing support during this search,’ police said in a statement on Tuesday.