Photos show Iran’s glamorous past before the 1979 revolution

With many choosing to wear short skirts and colorful figure-hugging dresses, the women of Iran in the 1970s had the kind of freedoms that many in the West took for granted. Stunning photos and magazine adverts from five decades ago reveal how women, as well as men, dressed freely and enjoyed displaying the fashions of the day. 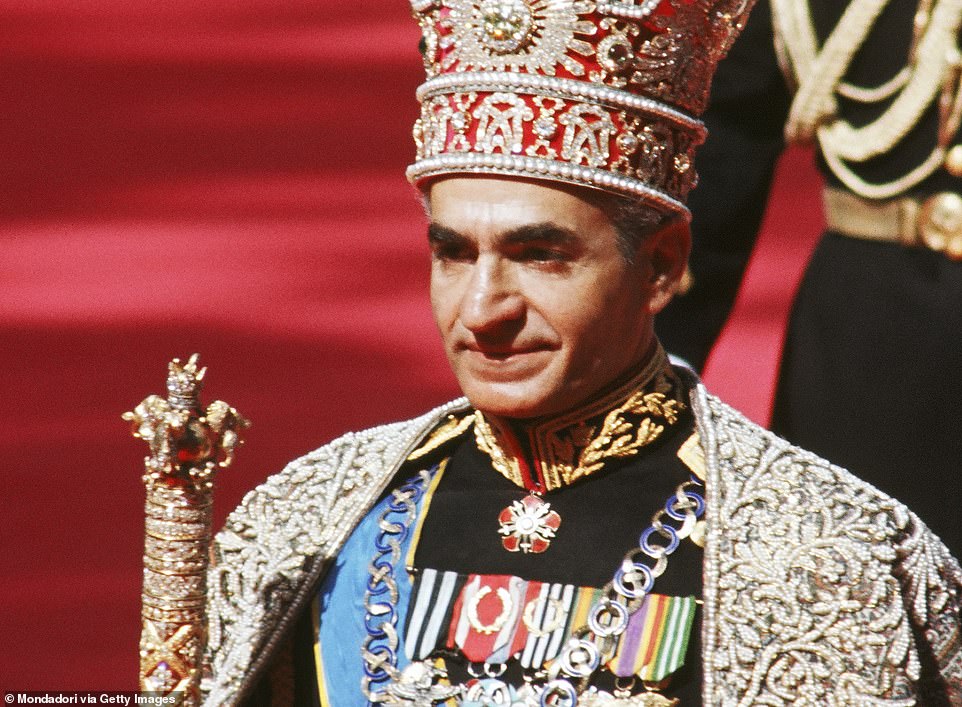 Under the rule of King Shah Mohammad Reza Pahlavi, who was an ally of Britain and the U.S., the hijab was even banned because it was argued it suppressed women. The Shah’s close relationship with the West had seen his government order equipment, including 1,500 Chieftain tanks from Britain in a deal worth an estimated $855 million (£650million). 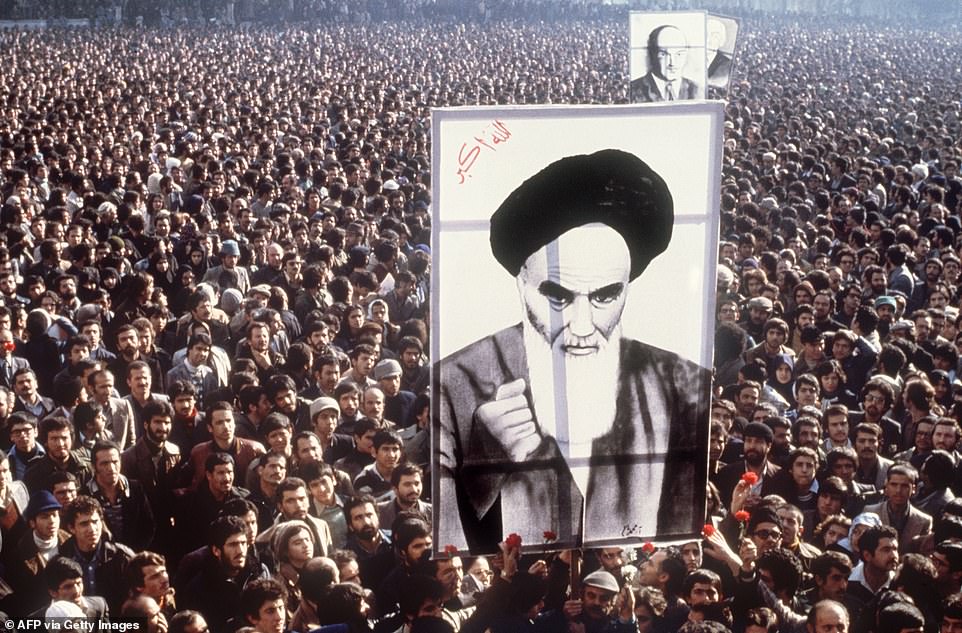 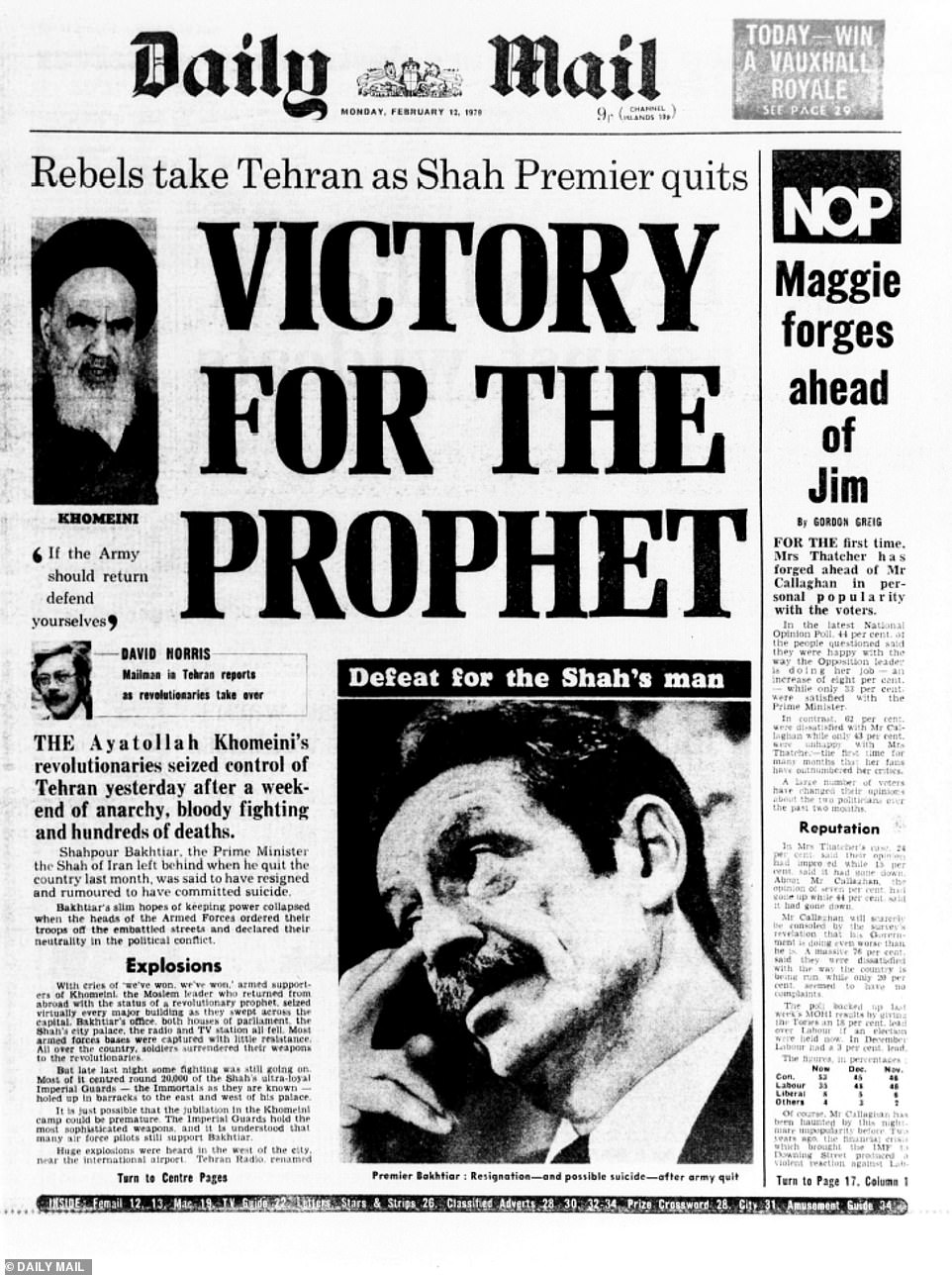 Pictured: The Daily Mail’s front page after the 1979 revolution proclaimed ‘Victory for the prophet’ – a reference to Khomeini’s takeover. 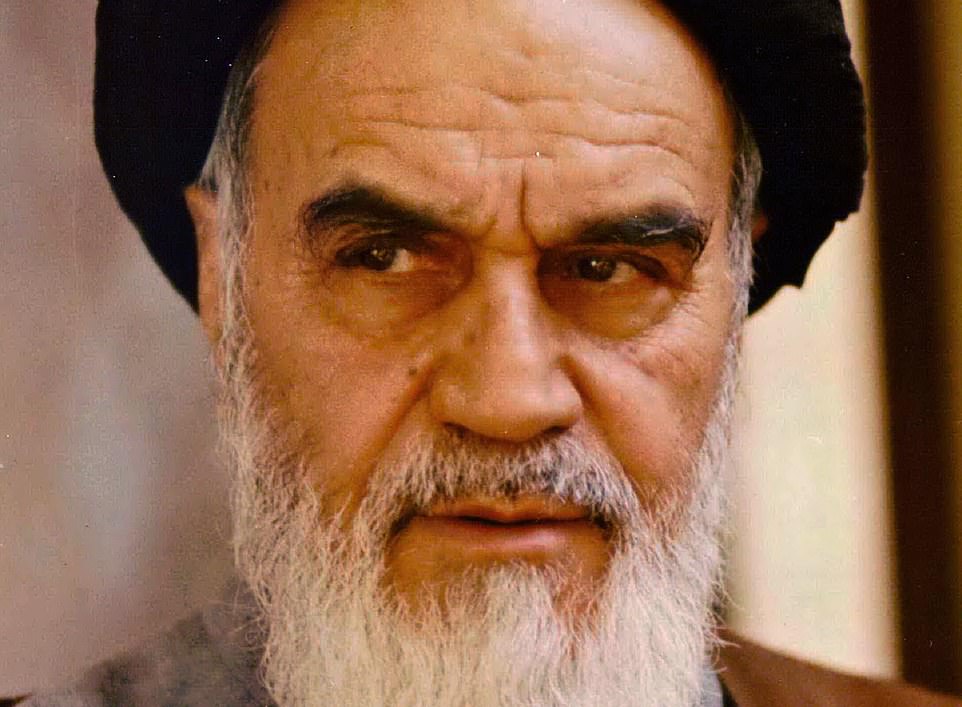 Khomeini enforced strict dress codes on men and women, which killed off the country’s burgeoning fashion scene. Laws that had protected women’s rights were repealed, whilst strict punishment codes saw some publicly flogged for wearing lipstick. 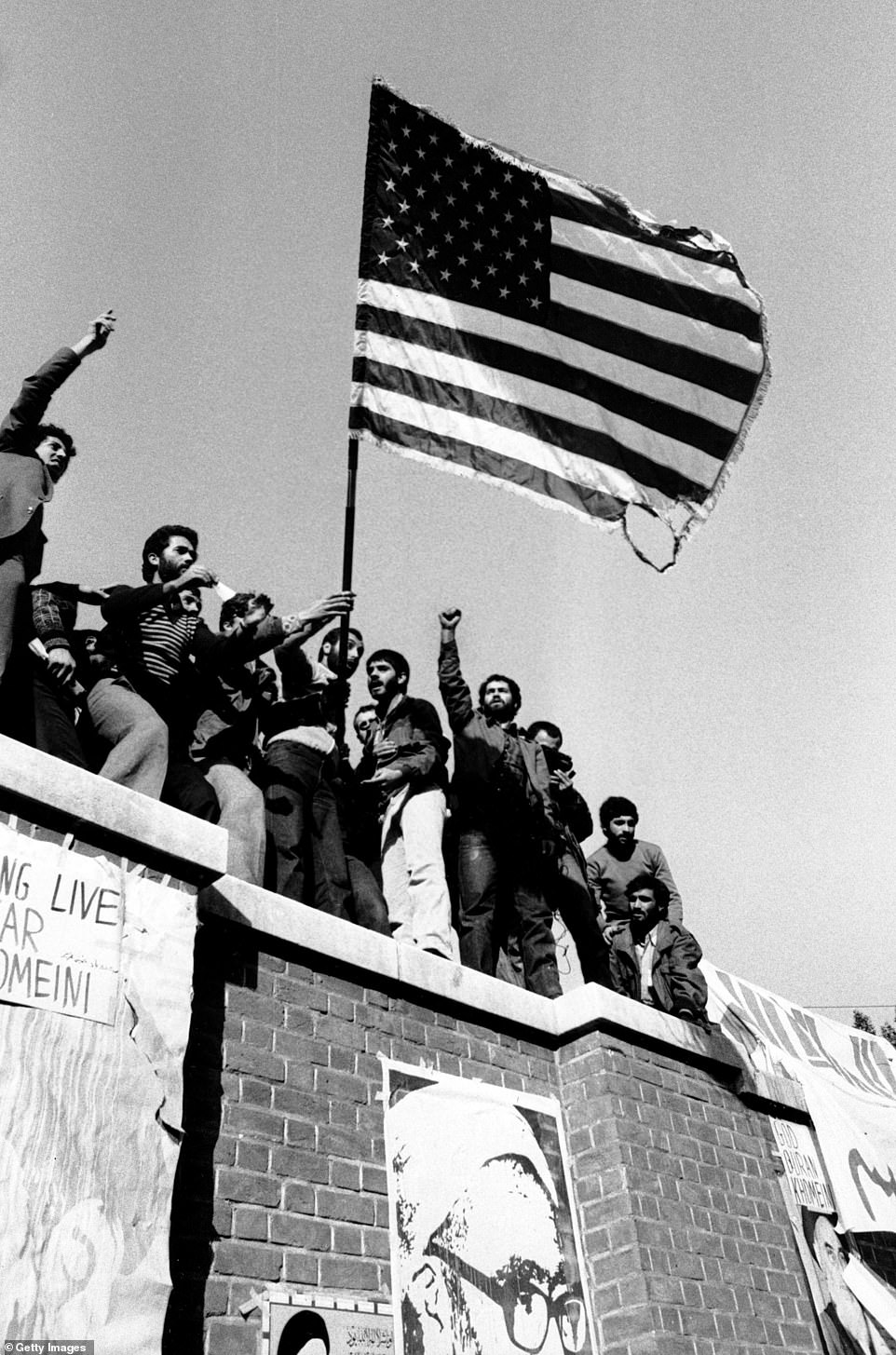 The country’s relationship with Britain and other Western nations was also plunged into crisis. Britain’s tank deal was stopped in its tracks, after only 185 of the fighting machines had been delivered. Pictured: Students burning a US flag at the US Embassy in Tehran as they stand on the walls of the U.S. embassy compound in the days that followed the revolution. 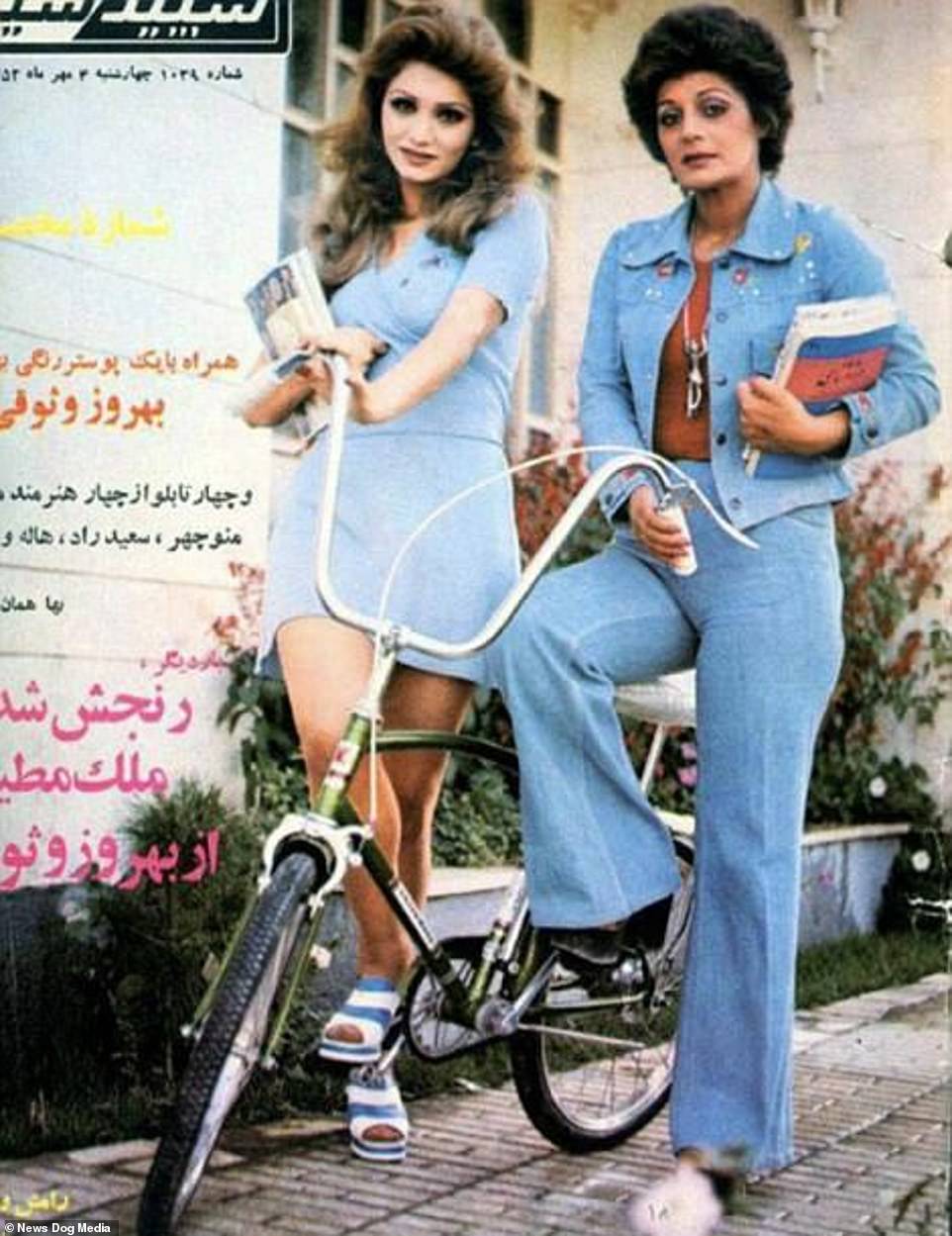 However, in the 1960s and 1970s, before the takeover, many women in Iran joined the work force and mixed freely with men. At the time, actresses who were later banned from performing posed in short skirts for magazines, while locals were photographed skiing and wearing swimsuits and Miss Iran contestants enjoyed paddle-boat outings. 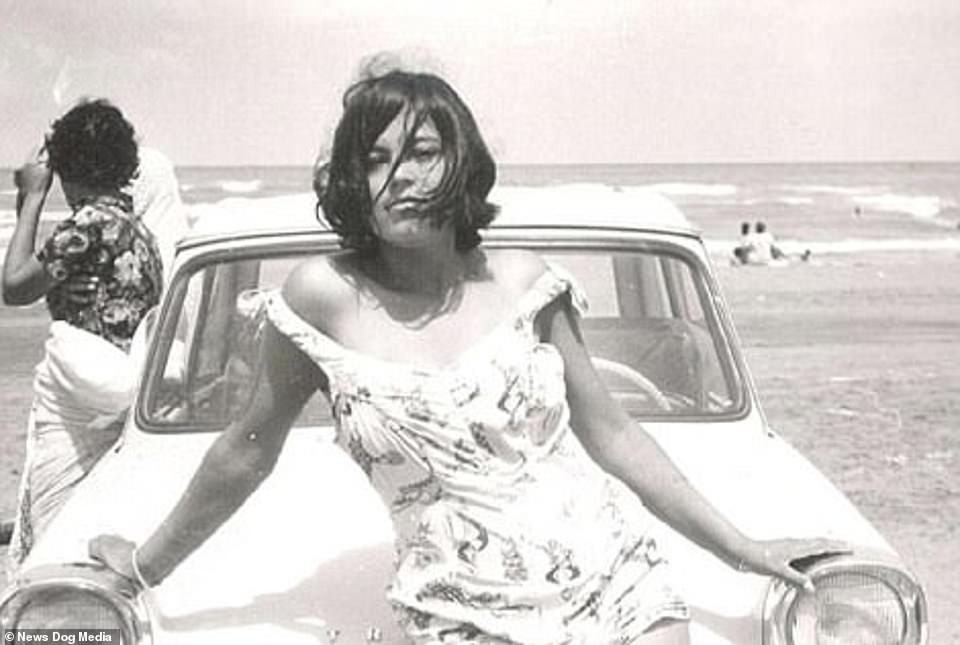 Other images from magazines show all-girl pop bands, an actress posing with her director husband, and advertisements showcasing Western fashion. The women’s rights movement in Iran blossomed after Reza Shah Pahlavi became king. As well as banning the hijab, Pahlavi granted women the right to vote. 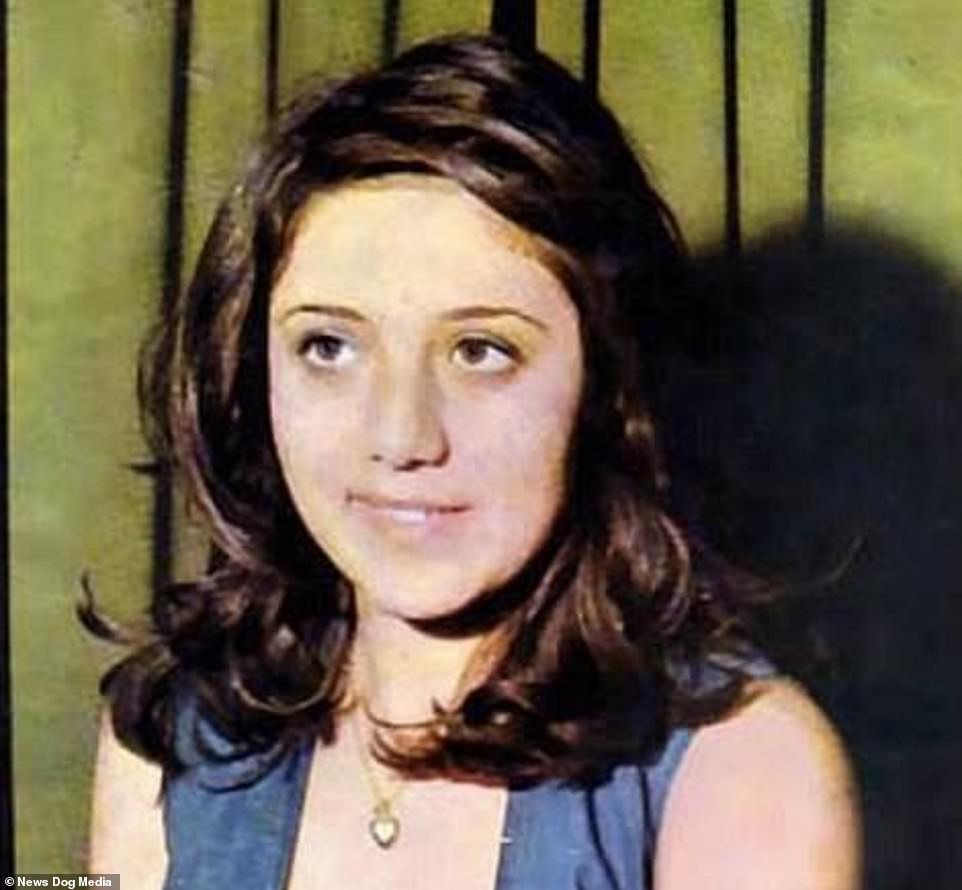 The Family Protection Act gave women greater rights, such as allowing divorce and banning marriage under the age of 15. Under the Shah, Iranians enjoyed the luxury of new colleges, universities and libraries. Secondary schools were free for all and financial support was extended to university students. 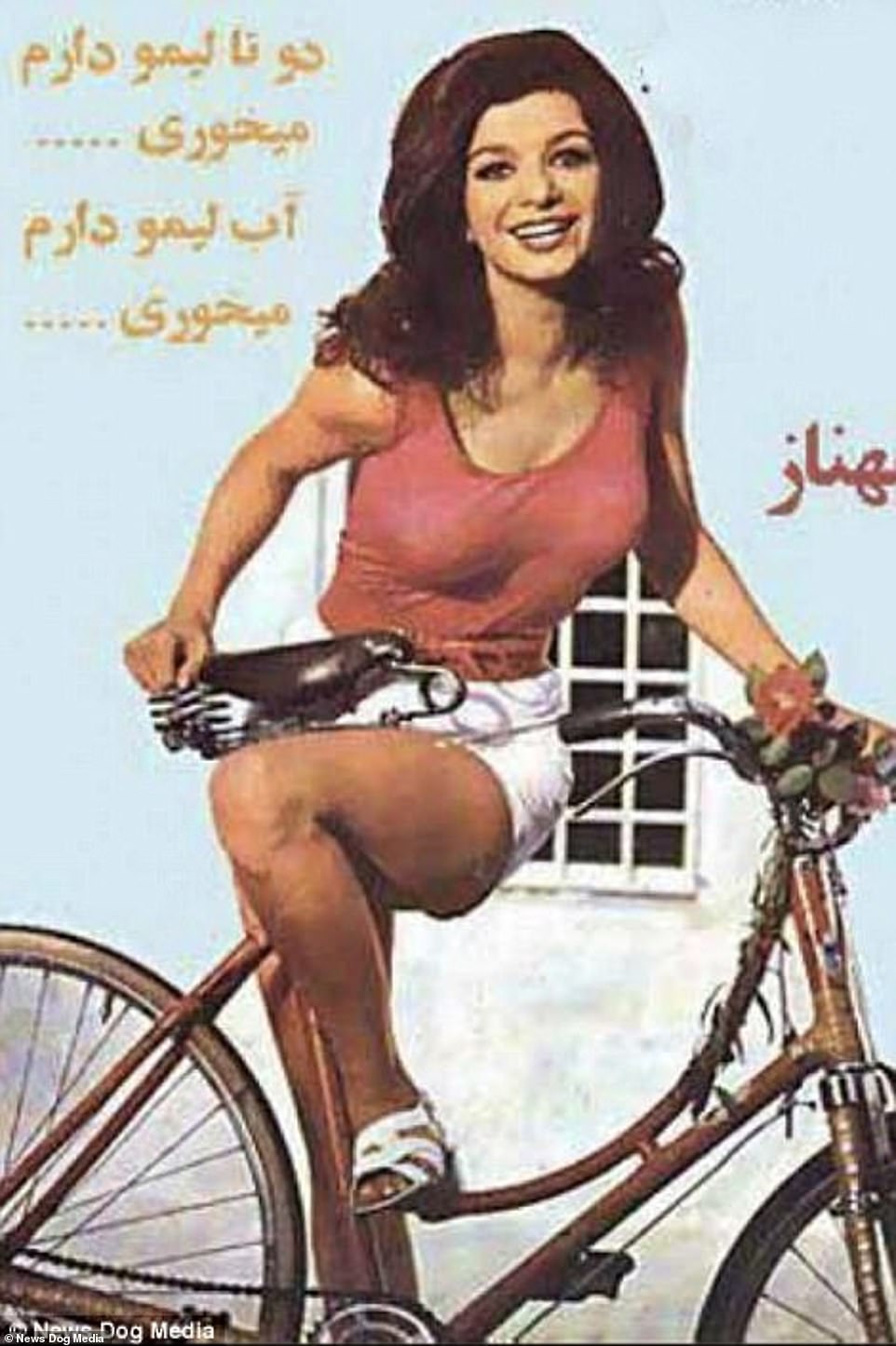 The Shah also pushed the country to adopt Western-oriented secular modernization, allowing some degree of cultural freedom However, there was also widespread censorship in the country and the Shah repressed political dissent. The crackdown on communists and Islamists also led to many being imprisoned and tortured. 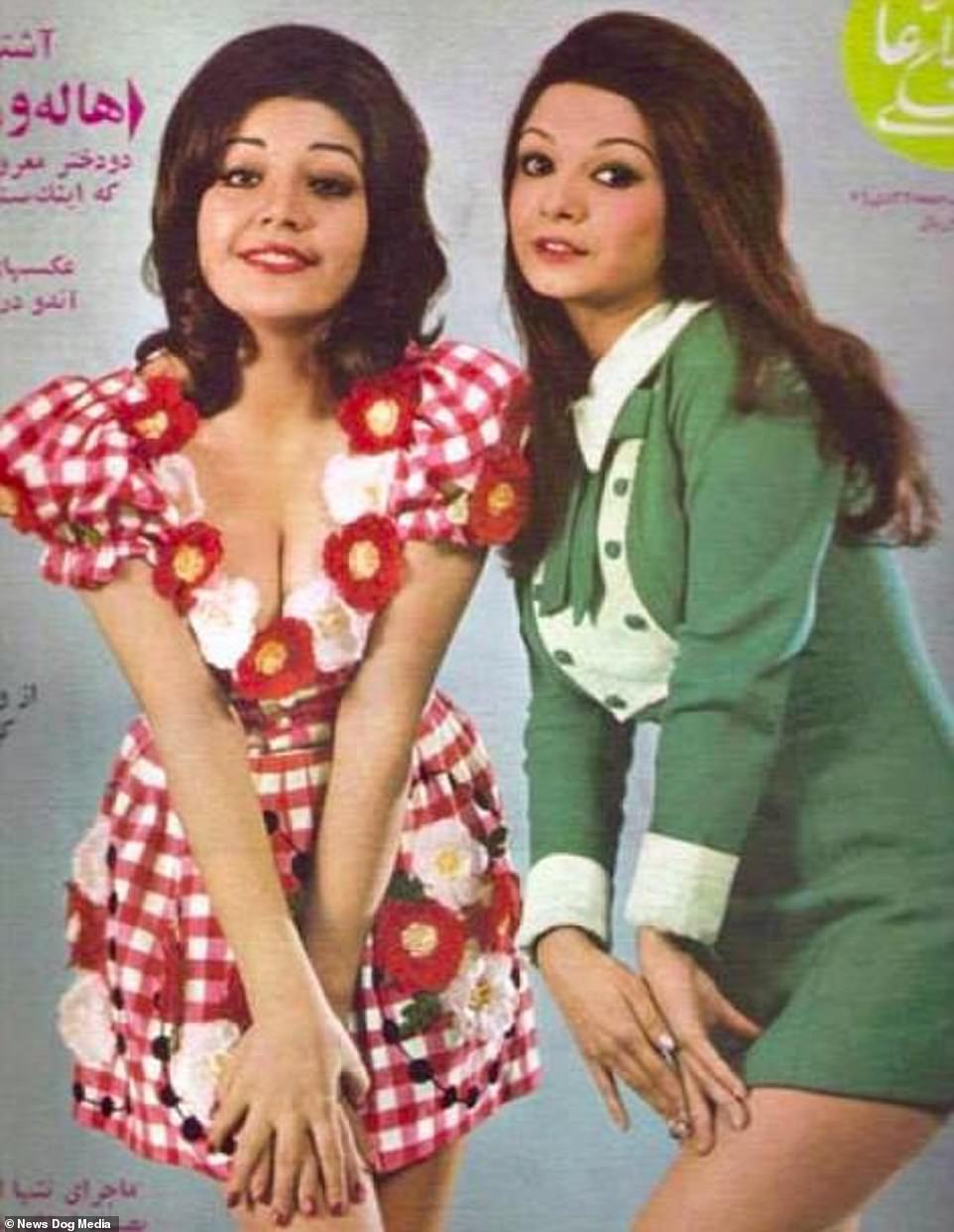 With his liberalizing reforms and harsh treatment of his political opponents, the Shah made an enemy of traditionalists in the country. These factors, along with the Shah being perceived as a puppet of the USA and economic uncertainty, culminated in the monarchy being overthrown in 1979. Pictured: Persian actresses Haleh and Mahnaz in the 1970s. 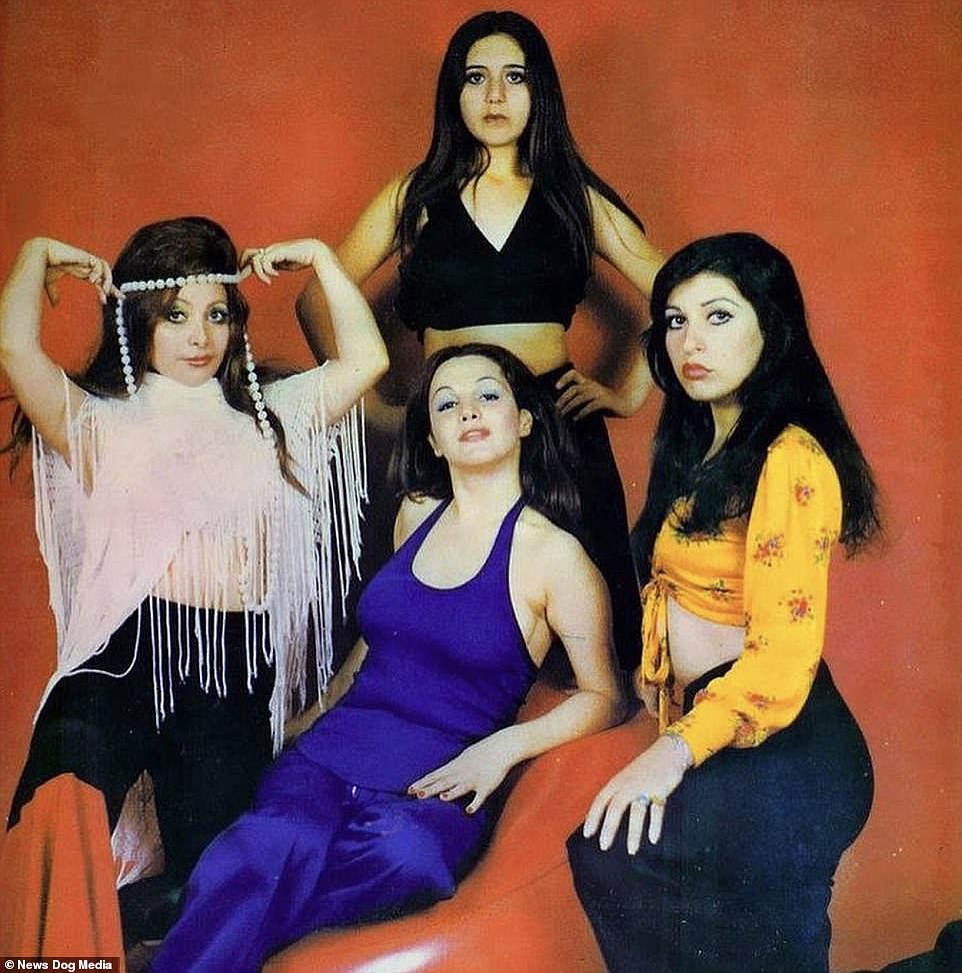 The Shah, who was suffering from cancer, fled the country. Ayatollah Khomeini, who had been living in exile in France, then returned and announced the creation of an Islamic republic. The women’s rights movement quickly regressed. Wearing the hijab was enforced, many of the rights they had been granted were withdrawn and the female minister of education in Iran, Farokhroo Parsa, was executed by firing squad. Pictured: All all-female Iranian pop group – dressed in crop tops and flared pants, posed for a promo shots ahead of a tour in 1974. The photos were all taken in Iran before the Islamic Revolution. 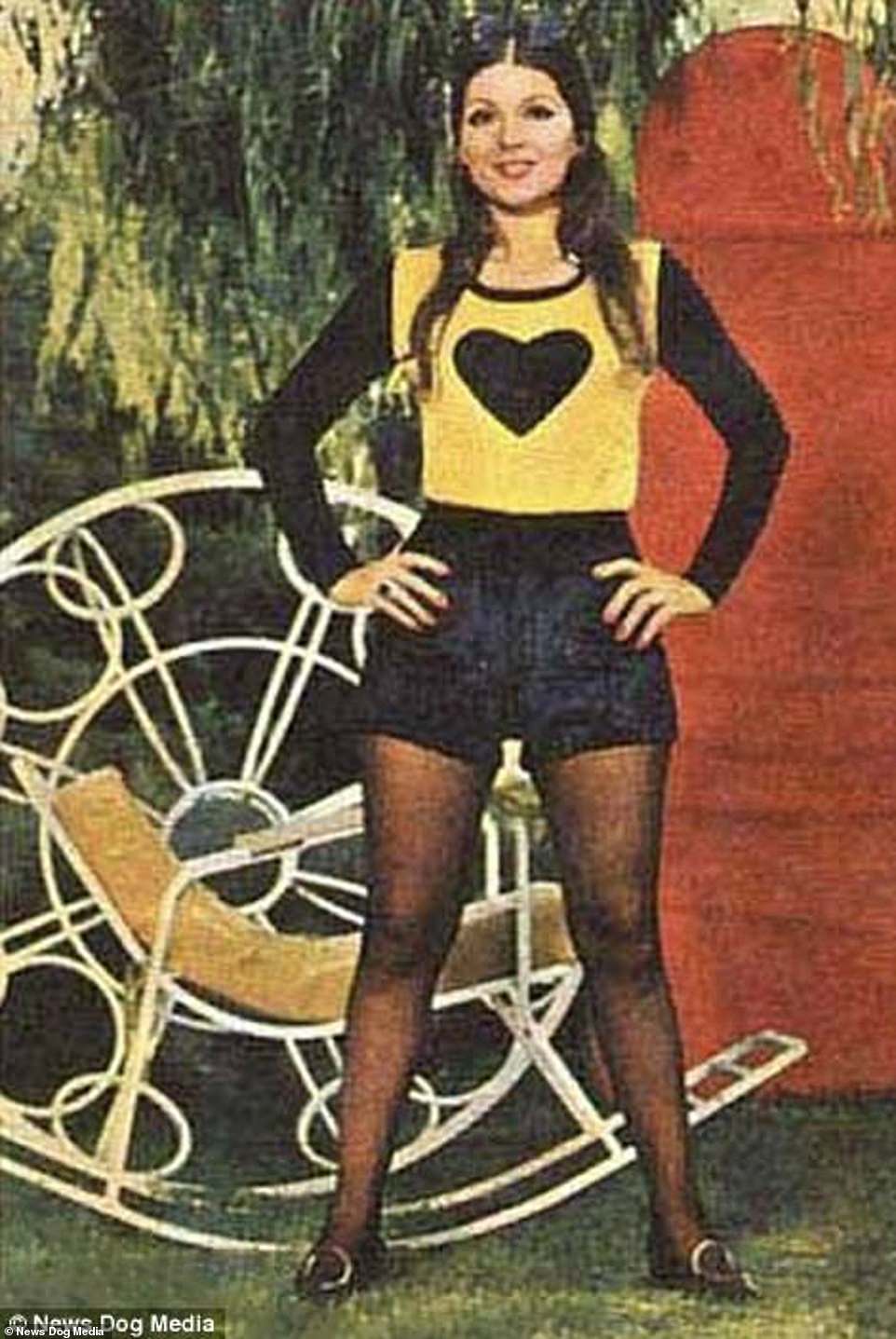 Under Khomeini’s rule, Amnesty International estimated that the number of executions carried out in Iran was more than in the rest of the world combined. One woman who was caught wearing lipstick in the northern city of Tabriz was said to have been flogged 101 times in the city’s busiest area. In the days that followed the revolution, students who backed Khomeini stormed the US Embassy in Tehran and took 66 of its staff hostage for 444 days. Pictured: When the revolution hit in 1979, actress Forouzan (pictured in 1968) was banned from playing roles in films and grew more and more isolated until her death in 2016. 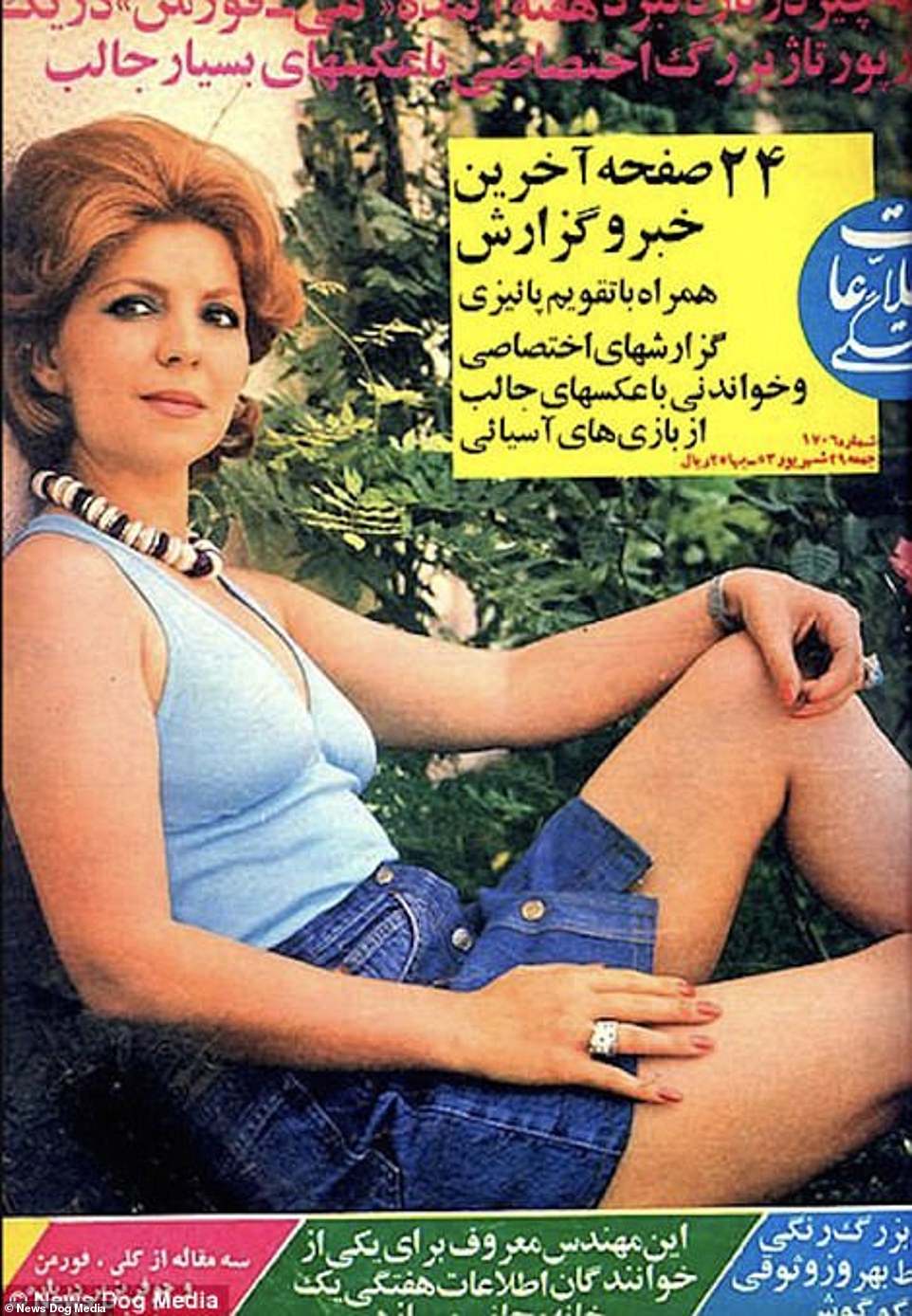 Anger against the US was rooted in a 1953 CIA-engineered coup that toppled Iran’s elected prime minister and cemented the power of the Shah. After Khomeini’s death in 1989, there was no let-up in the repression of Western lifestyles. Pictured: Persian actress Forouzan in 1974. She started out as a voice-over actress but eventually moved on screen and co-starred in some of the highest-grossing Persian films of the era 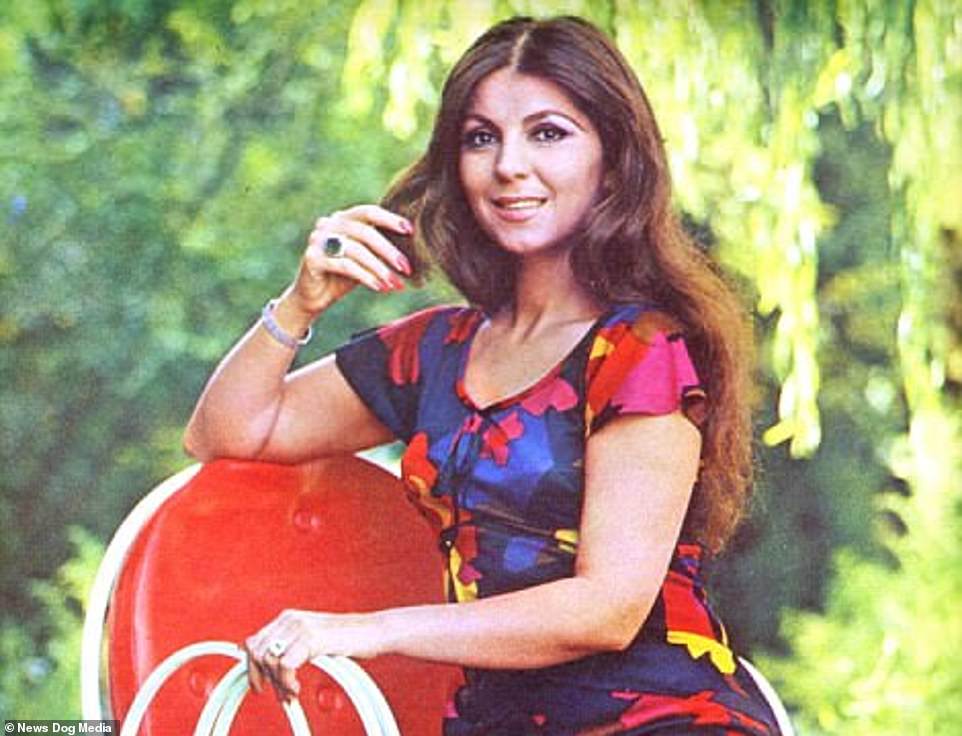 Today, newspapers are censored, protests are aggressively suppressed and women have no legal protection against domestic violence or sexual harassment. Pictured: Forouzan in 1975. 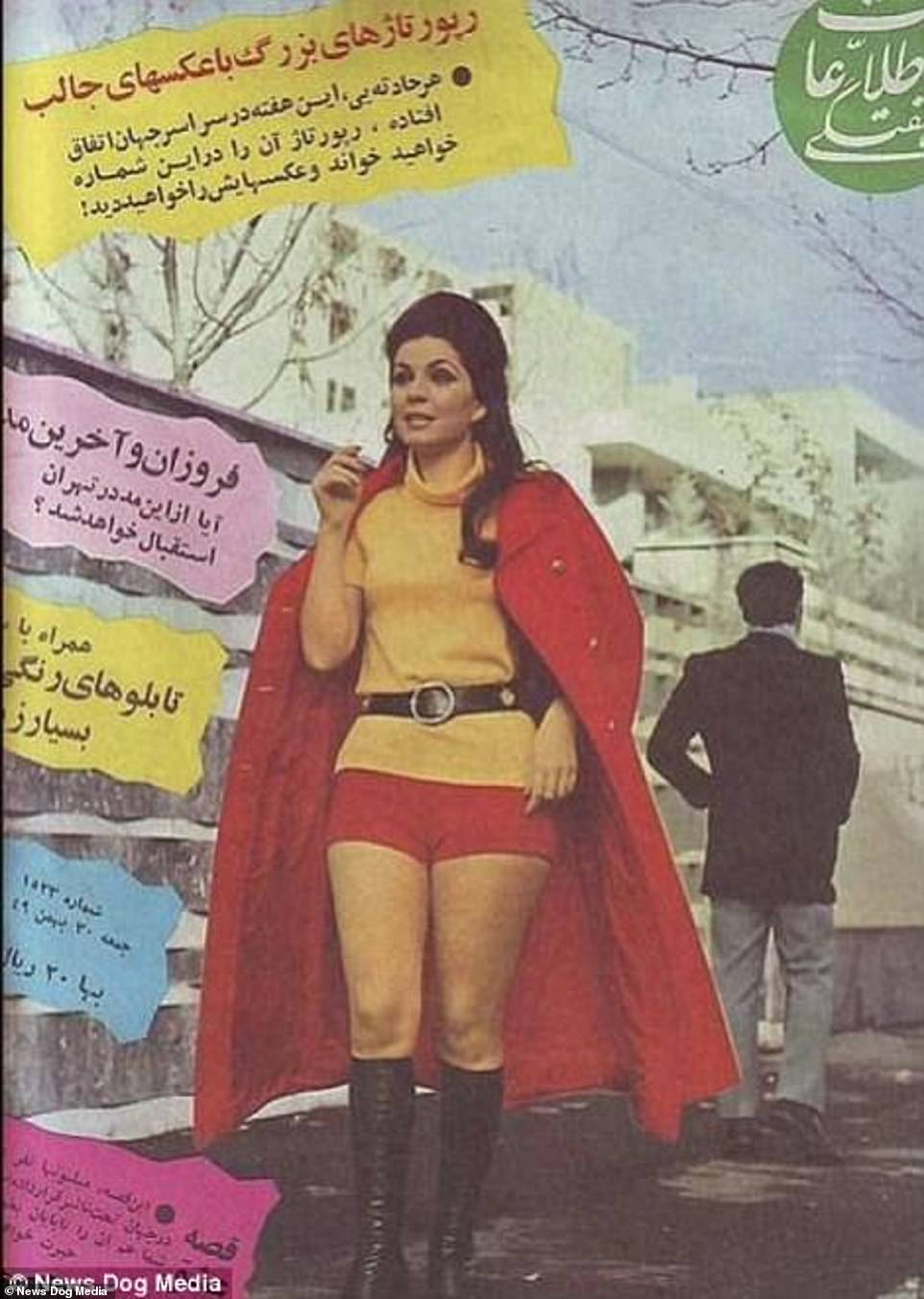 In June last year, the UN’s investigator on human rights, Javaid Rehman, called for an inquiry into allegations that Khomeini’s regime had ordered the executions of thousands of of political prisoners in 1988. Pictured: Actress Forouzan. 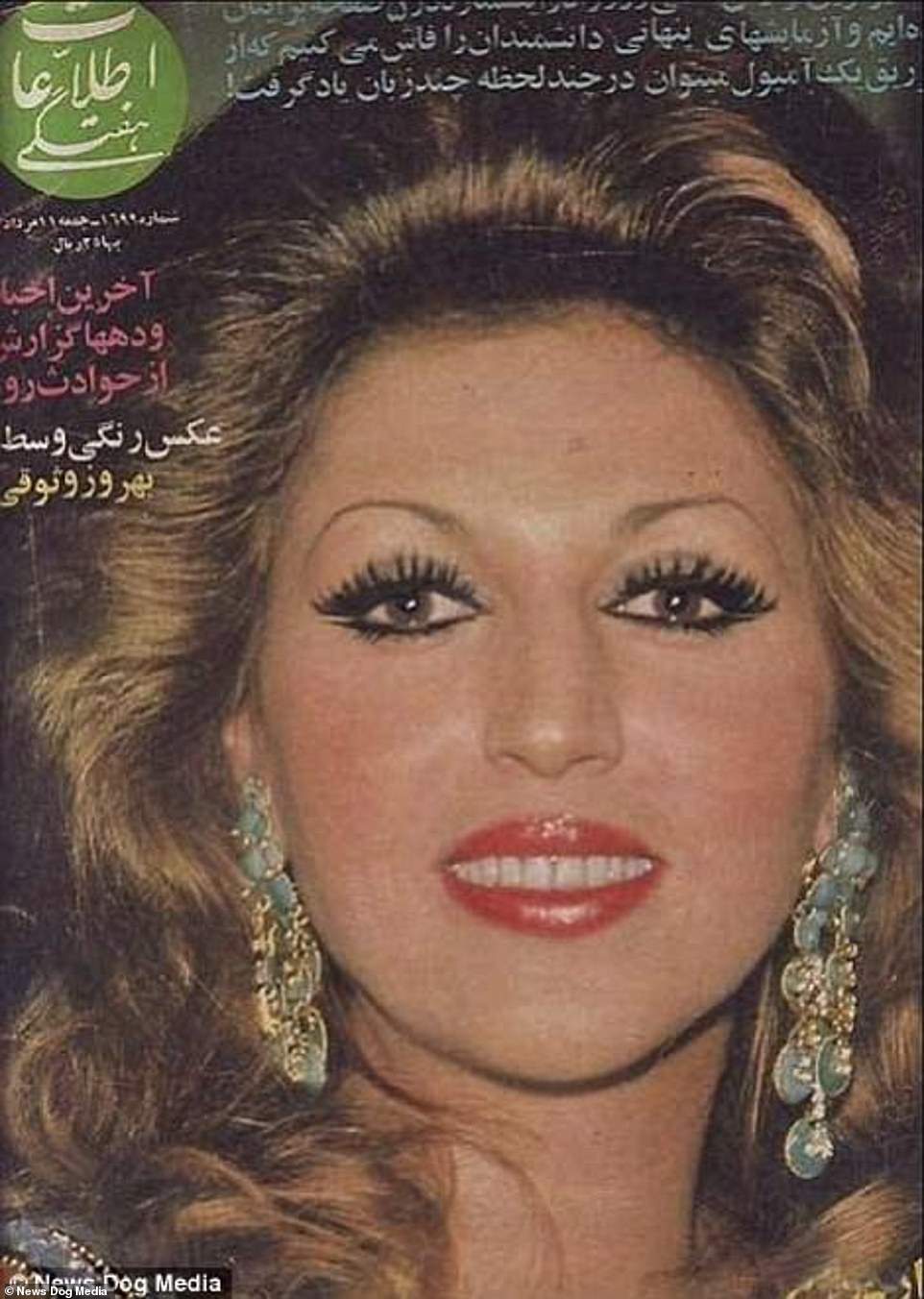 The country’s new president, Ebrahim Raisi, is known as ‘the butcher’ for executing thousands of opposition prisoners in 1988 while serving as Tehran’s deputy prosecutor and allegedly ordering pregnant women tortured. It is estimated that between 4,000 and 30,000 people were condemned to death by then-supreme leader Ruhollah Khomeini in two separate waves, while Raisi was on a four-man ‘death commission’ that oversaw the executions. Pictured: Iranian singer Mahasti moved to the UK in 1978 ahead of the revolution and eventually migrated to California to continue her singing career. 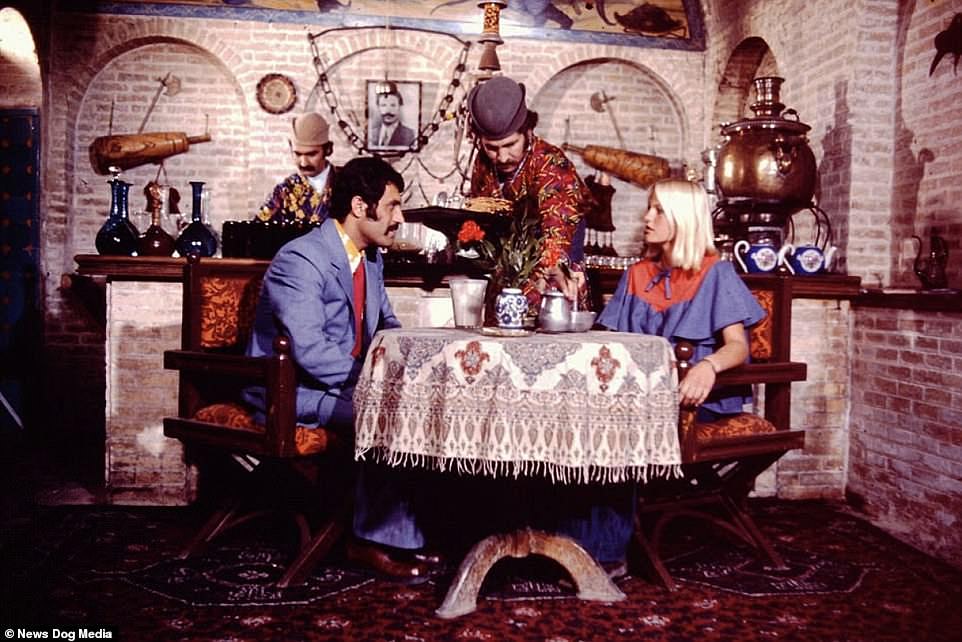 Pictured: A couple dine in Tehran in the 1960s. 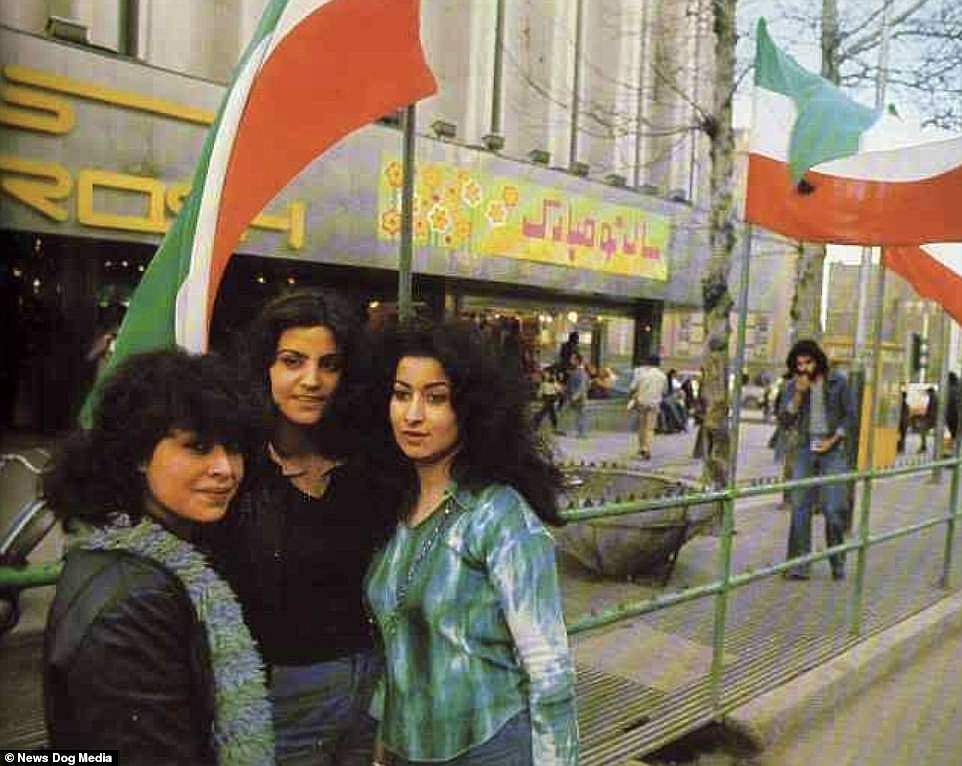 Pictured: Street fashion in Tehran in the 1970s.