The doctor who wants to die: Father-of-two with terminal cancer pleads for the right to take his own life surrounded by his wife and children – because he doesn’t want his kids to see him in pain

Three years ago Colin Clarke, 44, from Perth, was diagnosed with mesothelioma

A father-of-two with terminal cancer is pleading for the right to take his own life.

Three years ago Colin Clarke, 44, from Perth, was diagnosed with mesothelioma – a cancer that develops from the thin layer of tissue that covers many of the internal organs.

For the meantime Dr Clarke remains relatively healthy and agile, but he sees the option of voluntary assisted-dying as peace of mind for when the time comes that his health declines.

The former physician has filmed a plea to all Western Australian MPs to be played in a debate on voluntary-assisted dying legislation in Parliament this Wednesday.

Dr Clarke explained to the politicians that he doesn’t want his son, 14, and daughter, 10, to see him dying a slow and painful death when his cancer eventually kills him. 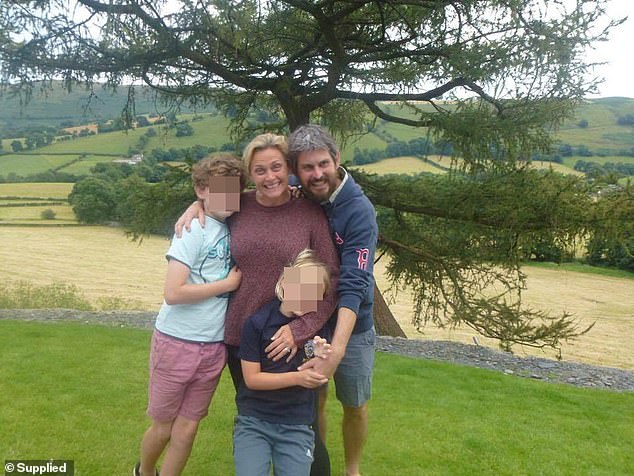 Dr Clarke doesn’t want his son, 14, and daughter, 10, to see him dying a slow and painful death when his cancer eventually kills him

‘We, and families like ours, already face immense suffering. I want to be able to choose when the pain or the suffering is too much and to end my life on my terms,’ he said.

‘For me, that ideally means dying at home painlessly, with my family there to share last words and farewell me as I drift off into a deep sleep and stop breathing.’

‘Once palliative care comes to the end of its ability, if patients are still in intolerable pain or suffering and don’t want that to continue the next logical stage in my mind is to do something that is going to stop the suffering,’ he told The Sunday Times.

Following his life-changing diagnosis, Dr Clarke stopped working so he could spend as much time with his wife, Lizz, and their kids as possible. 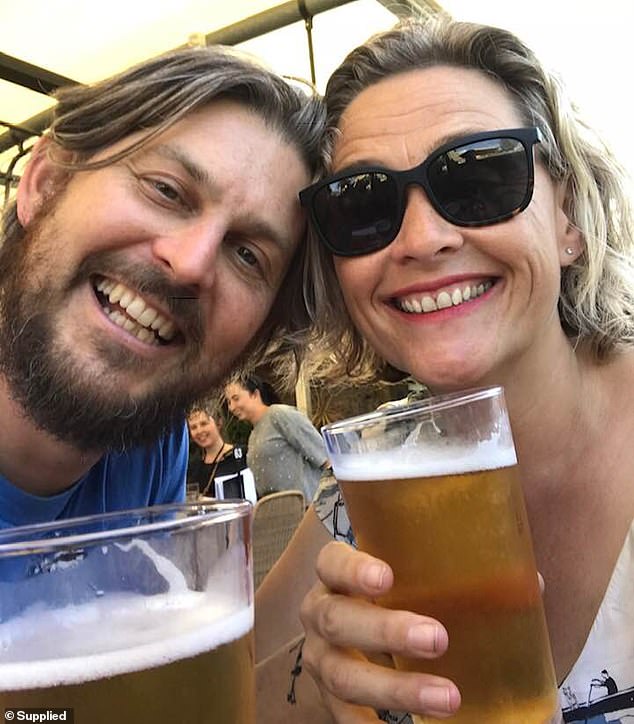 Following his life-changing diagnosis, Dr Clarke stopped working so he could spend as much time with his wife, Lizz (right), and their kids as possible

– Australia has the second-highest mesothelioma death rate in the world, trailing only that of the United Kingdom.

– It is a rare cancer caused by asbestos exposure

– The Australian Mesothelioma Registry reports that 641 Australians died from mesothelioma in 2014, the most recent public accounting of the disease.

– Of those who died from mesothelioma in 2014, approximately 80 percent were men, and the age range of those affected was 70 to 79.

– Occupations with the highest exposure risk include asbestos mining and jobs that produce a lot of dust such as sawing, sanding, drilling, grinding or handling asbestos-contaminated materials.

He said he would be able to tolerate his suffering a lot easier by knowing he holds power over his own future.

Dr Clarke’s pleas to WA politicians will be in their inboxes Monday morning, where he explains he wants his kids to remember him for being an active and happy father.

‘You have the power to help them remember me, the fun dad… don’t let their last memories be of a weak, emaciated, suffocating body, gasping for breath and beaten by pain,’ he said in the video.

The McGowan Government will introduce the bill on Wednesday.

The bill is similar to the Victorian model, which came into effect in June.

If WA successfully passes the bill, they will become only the second Australian state or territory where voluntary assisted dying is legal.

The proposed laws stipulate a person wanting to end their life would have to be over the age of 18.

They would also have to be terminally ill and suffering intolerably with a condition that will likely kill them within six months or 12 months for a neurodegenerative disorder.