Singer Pia Mia made quite the exit when she left the LA Lakers Championship party on Tuesday night.

The singer, 24, showed off her toned abs in a blue crop top which had a criss-cross detail going around the waist as she walked out of Delilah’s in LA.

Sporty Spice: Pia Mia showed off her toned abs in a blue criss-cross crop top and shiny cargo pants when she left the LA Lakers Championship party at Delilah on Tuesday

Pia’s long hair cascaded down her back and she failed to raise a smile as she left the upmarket venue.

She was accompanied by her friend, music executive, Dre London.

The pair were in good company on the night because they were joined by model Winnie Harlow, 26, media personality Draya Michele, 35, and musician Tyga, 30. 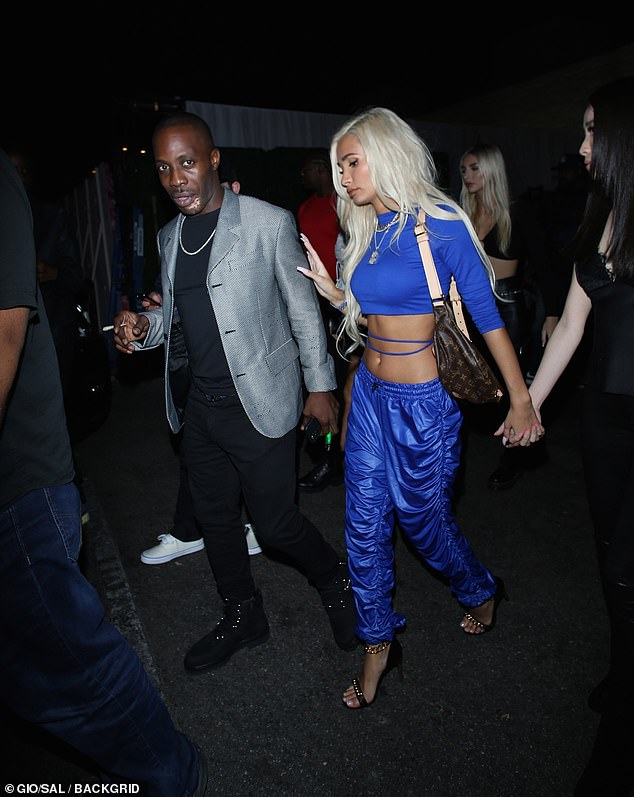 Pals: She was accompanied by her friend, music executive, Dre London 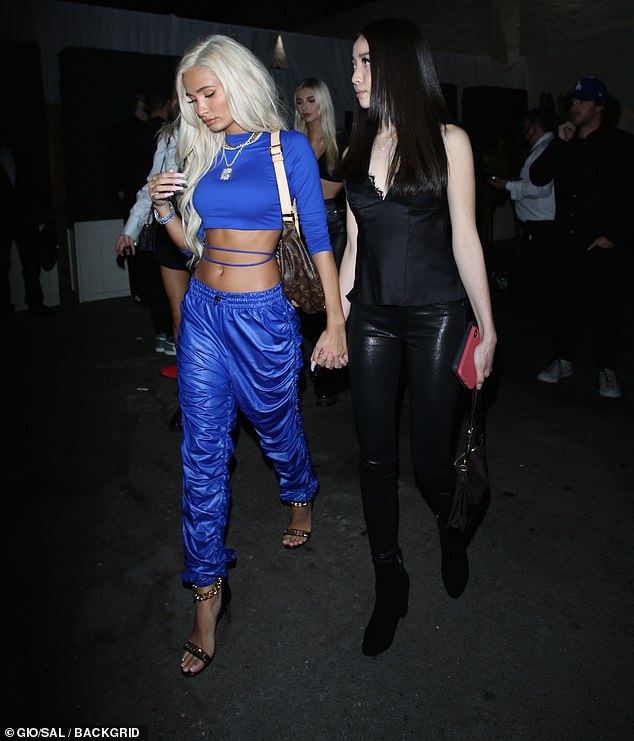 Close: Pia was also pictured holding hands with a raven-haired pal as she prepared to make her way home

Winnie has been dating Lakers Forward Kyle Kuzma since May.

The Los Angeles Lakers recently came through as the 2020 NBA champions in Orlando.

It’s the 17th title for the franchise and LeBron James is the team’s new top player, holding the trophy for Lakers.

Also seen heading out were Kentavious Caldwell-Pope and wife McKenzie, as well as Danny Green and his fiancée Blair Bashen. 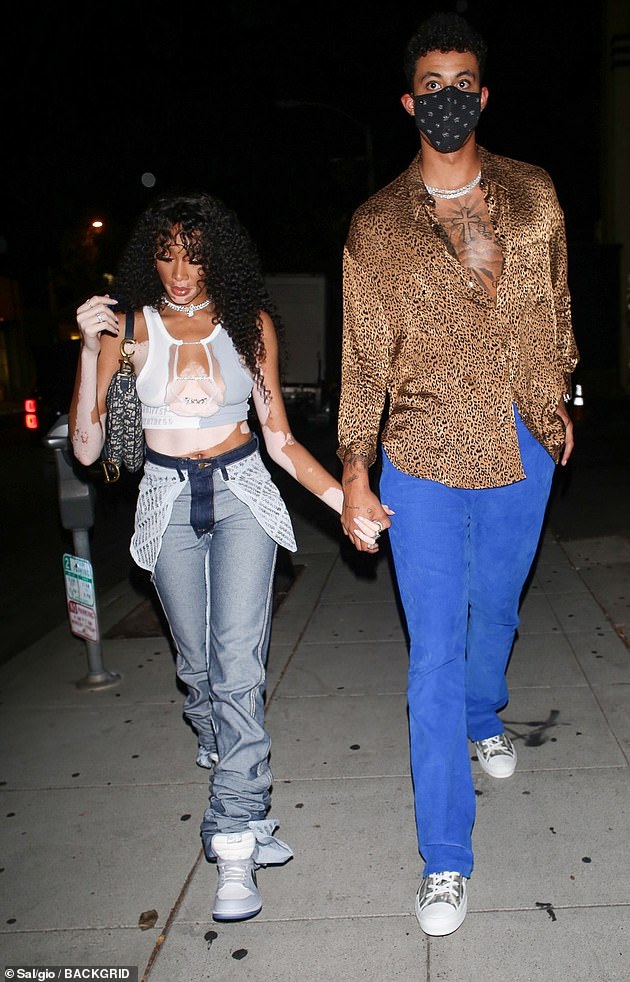 Love: Winnie Harlow went braless under a tiny cut-out crop top as she held hands with NBA Forward Kyle Kuzma as they attended the same bash 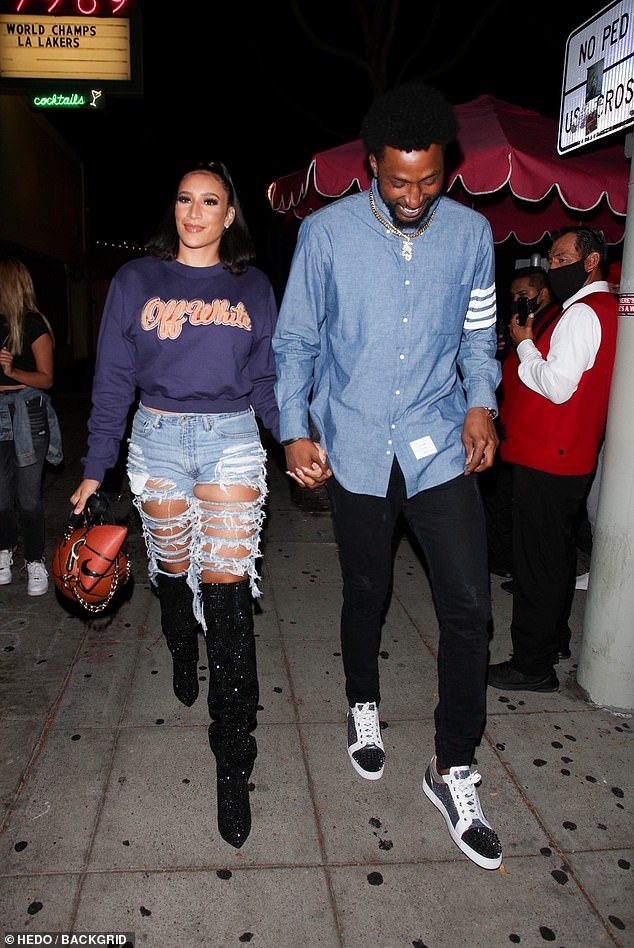 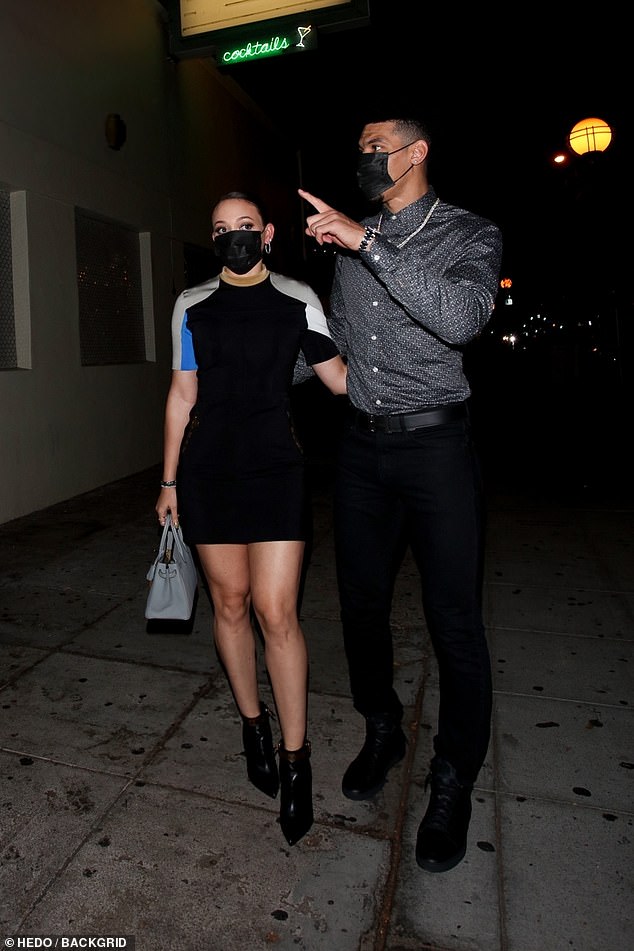 Out and about: Danny Green arrived at the venue with fiancé Blair Bashen

While Dwight Howard and fiancée Tea Cooper dressed to impress for the night out, while rapper YG made an entrance.

Meanwhile, Kobe Bryant’s jersey from the Game 5 of the 2008 NBA Finals will be on display.

It will be shown at the Sports Exhibition of the Smithsonian National Museum of African American History & Culture in Washington, D.C.

The museum’s interim director Spencer Crew said of the display: ‘Kobe’s contributions on and off the court are remarkable.

‘As a founding donor, he understood the significance of this museum to the nation and the world.

‘After postponing the March installation due to COVID-19, we believe now is the perfect moment in history to honor his memory by placing his jersey on view.’ 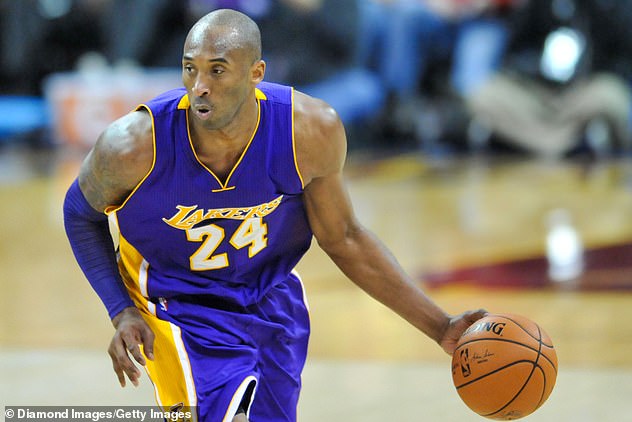 The latest: Kobe Bryant’s jersey from the Game 5 of the 2008 NBA Finals will be on display in the Sports Exhibition of the Smithsonian National Museum of African American History & Culture in Washington, D.C.