Shane Thomas was on the cusp of major stardom aged just ten. Two years later, his manager dropped him and he quickly disappeared back into obscurity.

Now 18, Thomas, who wowed those who witnessed his self-taught piano skills, lives with his father Clayton, and siblings Chanel and Ashley, in a small house in Surrey where the family survive solely on benefits.

The gifted teenager, who could play the piano from the age of three without having a single lesson, shares his story in new Channel 4 documentary Extraordinary Teens: Young, Gifted and Broke.

The show follows Shane as he struggles to fulfil his potential and documents how his mother walked out on the family, and was is currently serving a 16-year jail sentence for attempted murder.

Ambition: Shane Thomas, 18, with his father Clayton. The teenager was hailed as a marvel at a young age and is still desperate to tap into his earlier success 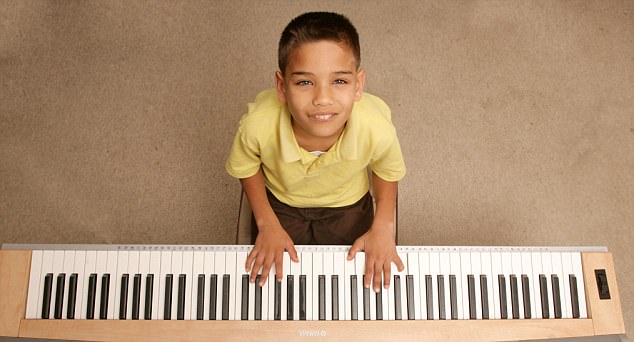 ‘British Mozart’: The piano prodigy was discovered aged just ten, pictured above. Shane had been playing the instrument from the age of three without a single lesson

Pearl D’Souza, 41, left Shane and her two other children behind after divorcing Clayton when their marriage hit difficulties following disagreements over how to raise their talented son.

She started another family – but as revenge for being dumped by her then-partner D’Souza started a fire in the house she was living with him in; planning to kill herself and anyone else in the house.

Abandoned by his mother 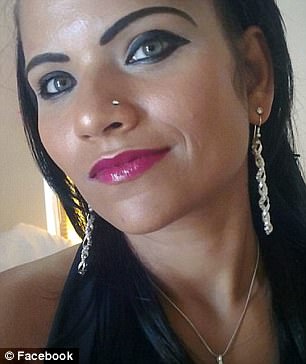 The documentary sees Shane still clearly troubled by his mother’s abandonment, taking out his anger on his father in some explosive arguments.

Clayton explaines that D’Souza is not spoken about by him or the children and believes that his son’s anger towards him has something to do with her absence, even though he maintains he only wants the best for his son.

‘From being an infant, growing up, Shane was challenging to the extreme and Shane’s mum, she just couldn’t handle it,’ he explains.

‘He has got some problem with me, that he probably himself doesn’t know what it is.

‘It is so deep-rooted, it’s probably because he hasn’t got a mum, he thinks I have got something to do with it.’

The father and son are constantly butting heads in the documentary – which follows Shane for 18 months as he’s just turning 17 – about whether he should be a performer or a composer.

When things become so bad between Shane and his father that they are only communicating via email, the teenager explains that he is constantly plagued by thoughts of his mother, and can’t look at his little sister Chanel because she bears a resemblance.

‘I don’t see the point of a relationship if you can get on without one. I only have to look to my immediate family,’ he says after one heated discussion with his father.

‘It led to me being born, mistreated and abandoned. Music is the only thing that can do anything to me and I will still love it,’ Shane said. 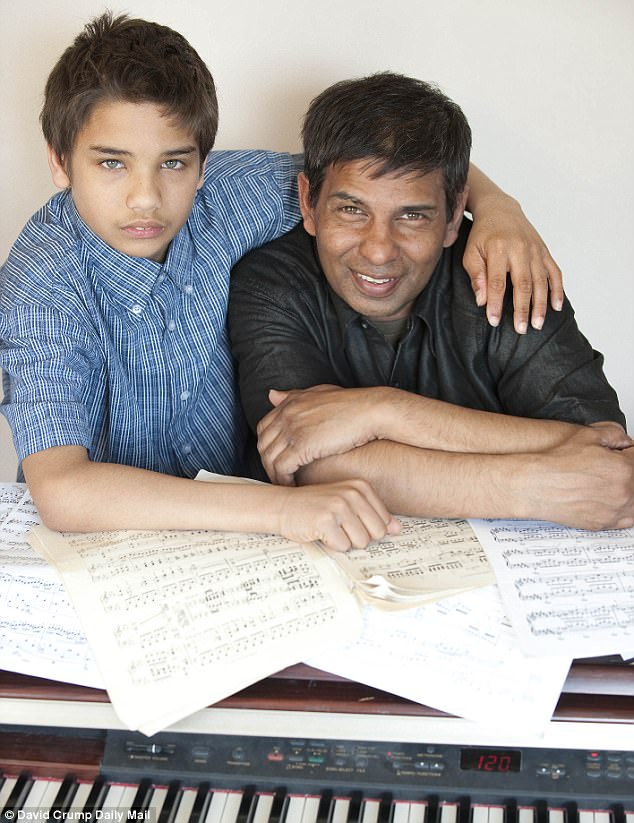 After just two years in the limelight, Shane was dropped by his manager and fell into obscurity as he struggled to emulate his earlier success (Pictured with his father when he was aged 12) 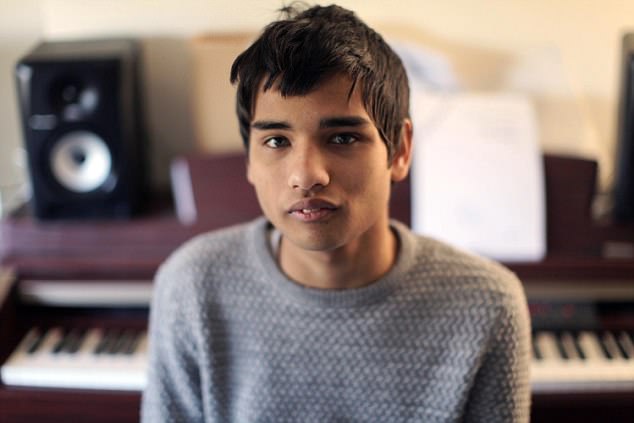 Now 18, Shane’s journey to success is followed in Channel 4’s Extraordinary Teens, where he enlists the help of his former music manager to stage a comeback

Memories of his mother

He added of his troubled mother: ‘I want to forgive my mother not because she is innocent but because I want to make peace with people.

‘I don’t want to have a conversation like that in real life, because I would say something offensive and I wouldn’t be able to unsay it.

‘I don’t know what her face looks like and I don’t want to anymore.’

‘I am quite glad that I can’t recall her. I just remember her vaguely like my sister Chanel,’ he added.

‘I think I did feel separate from my mother definitely because she had a very cold relationship with me. There was no warmth in it.

‘Anything she did was just to keep me alive another day, she wasn’t afraid to take her anger out on me and my possessions. She would break some of my favourite toys.’

After the kind donations from a family friend named Clive – which has totalled an excess of £25,000 over the last three years – came to an end, Shane decided to go back to his former manager Rick Blaskey in a bid to secure a lucrative record deal.

But Shane says it’s his father Clayton, who took on the role as his son’s manager in the interim, that is unknowingly jeopardising his son’s future and has been branded ‘overprotective’ by Rick. 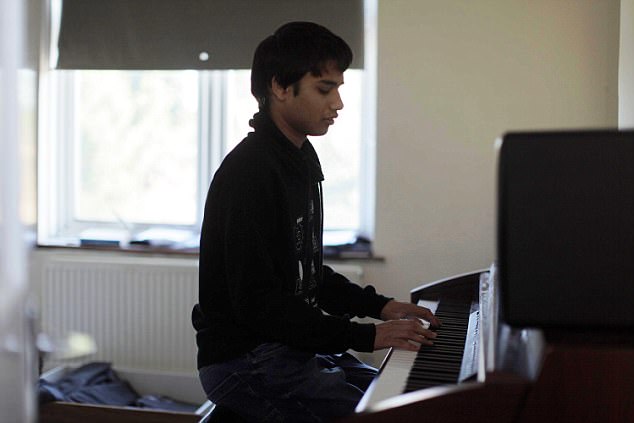 As his father takes a back seat, Shane works with his manager to secure a deal with a record label as an artist and composer

The music manager, who agreed to take Shane back on as a client in the documentary, advised the teenager to ban him from interfering at meetings and step out on his own.

‘Through his own protectiveness or exuberance, Clayton p****d a lot of people off. Did I blame Clayton? Absolutely not. I saw him as protective but overprotective, ambitious but overambitious. But his heart is absolutely in his son.’

Taking a step back

Clayton has an understanding of the issue, and complained to Shane who is himself unsure of whether he wants his father involved:

‘[The music producers] didn’t like me being protective of you. If I didn’t get in the way and try and protect you then I wasn’t being a proper father.

‘I’m trying to be a father and then I am accused of being a nightmare.’

But despite worries that Shane would end up ‘working in Tesco’ if he pursued a career as a composer, the teenager manages to secure a deal with music company Decca as an artist.

With the help of Rick, and with his father taking a back seat and going back to work, by the end of the programme he is composing music for the company and releases a piece of his own original music, The Ruins.

Extraordinary Teens: Young, Gifted and Broke is available to watch on Channel 4 on demand