PICTURED: Boy, 4, becomes a racing prodigy Mexico in Mexico as he competes with older kart drivers

PICTURED: Four-year-old racing prodigy in Mexico who competes against older kart drivers and has landed several placed finishes after learning how to drive aged TWO

Mateo García is set to become the youngest kart champion in Latin America – at just four-years-old.

The little boy from Mexico has been racing dirt bikes and karts since he was just 2 – a skill he learned from his dad, Pepe García, who was part of Mexico’s thriving NASCAR scene for more than 12 years.

Mateo was something of a miracle child for Pepe and his wife Angélica Patiño, according to Infobae, after they struggled to fall pregnant for nine years and only welcomed their son thanks to in vitro fertilization.

Since the birth, family life has revolved around Mateo’s exploits on the moto and kart race tracks across his native country.

Four-year-old Mateo García has placed third in two kart races this year, and already has a driver’s license given to him by the Mexican Motor Sports Federation 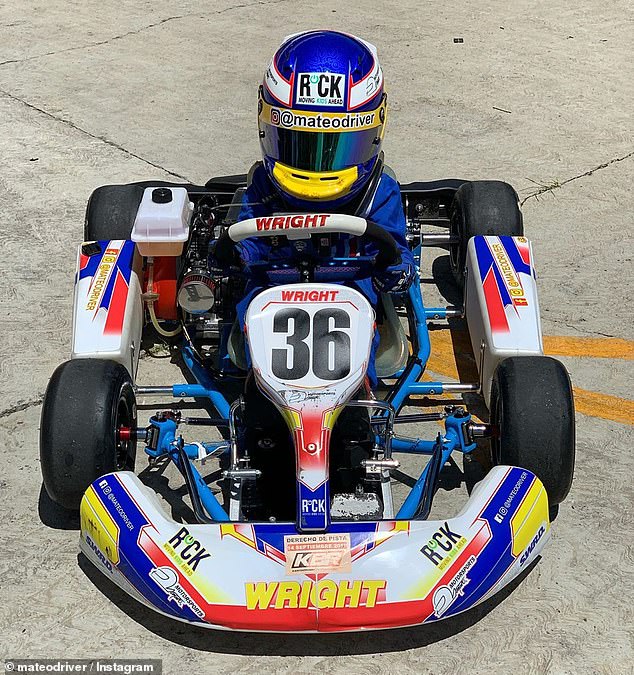 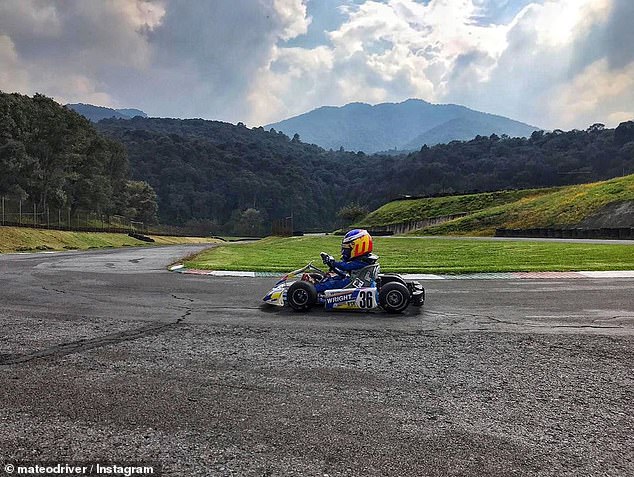 Mateo García hits the racetrack to train on his motorbike and kart every three days, but he also takes time out to take swimming, piano and drum lessons

The child goes to the racetrack to train on his motorbike and kart every few days.

He placed third at an August 18 kart race and repeated the same feat October 13 before he celebrated his fourth birthday bash November 7.

A fan favorite of Formula 1 champs Charles Leclerc and Daniel Ricciardo, Mateo proudly possesses a driver’s license given to him by the Mexican Motor Sports Federation.

‘We have to see it as a game for him to learn and understand direction,’ his trainer José Luis Martínez recently said.

‘We always sit down to talk before any race, to keep him focused and focused to get on the track.’ 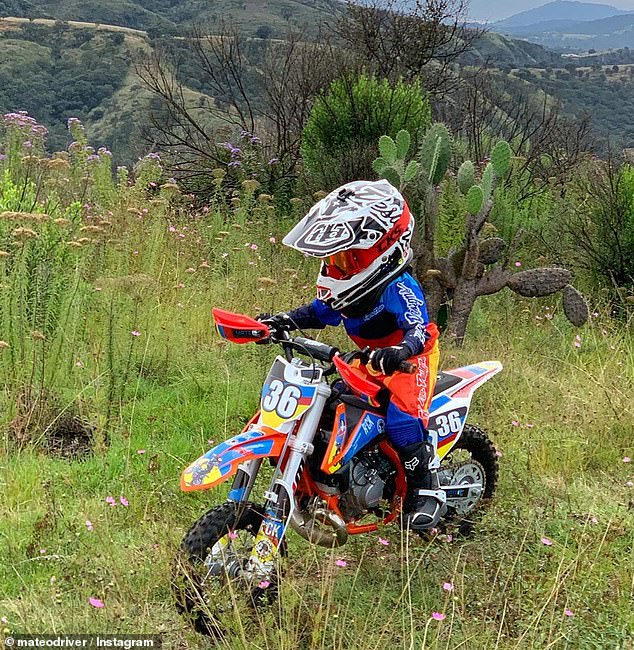 The Mexican boy placed third at an August 18 kart race and repeated the same feat October 13 before he celebrated his fourth birthday bash November 7.

And the wunderkind’s abilities stretch beyond the racetrack.

The preschooler attends 8am classes at a local private school and participates in swimming lessons twice a week – and even enjoys yoga.

He has also developed a good ear for jazz and takes piano and drum lessons. 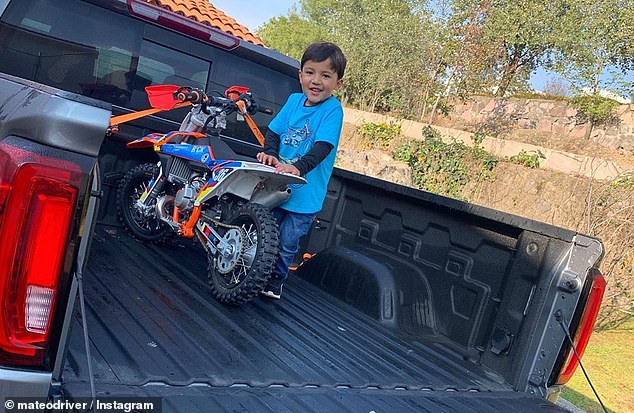 Mateo García did not have to look to far to fall in love with motor sports, his dad raced 12 years for NASCAR Mexico 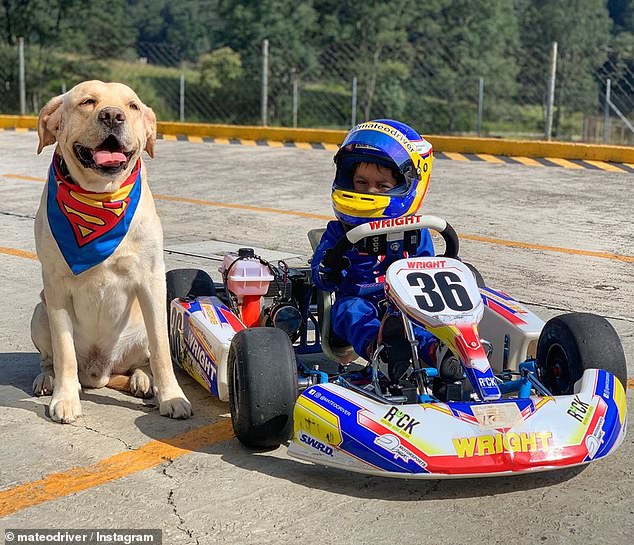