Pictured: Four people killed as 17 others are injured in gun violence in Cincinnati

Horrific video footage shows the moment people run for their lives as gunfire rings out in Cincinnati, marking a bloody night where four people were killed and 17 people were wounded in shootings into early Sunday.

Cincinnati saw four separate shootings break out in the early hours of Sunday, as the city reels from a staggering uptick in shootings this year.

Police responded to a shooting in the area of 70 E. McMichen Avenue in the Over-the-Rhine area just after 2am and found several people suffering gunshot wounds and one already dead.

Two people were killed in that shooting – Robert Rogers, 34, and Jaquiez Grant, 30.

‘We do believe with this singular incident we have 10 individuals (who) were shot and a possible two fatal,’ Assistant Police Chief Paul Neudigate said.

Surveillance footage from the Over-the-Rhine shooting shows people running in a street and ducking for cover. Another clip shows a man firing a gun in Grant Park on a basketball court. 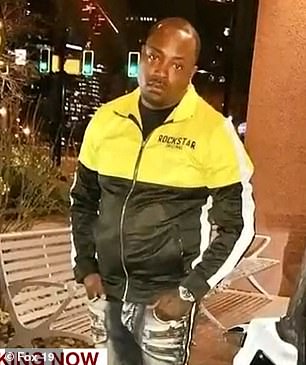 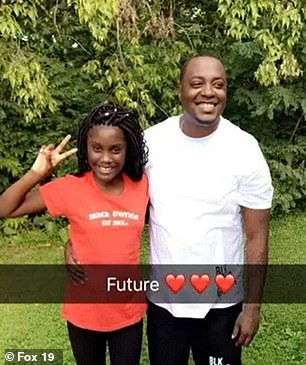 ‘This pain hurts deep. My brother, he was a nice guy, he looked out for everyone,’ Robert Rogers’ (left and right) heartbroken sister Reed said on his passing. He was a father of two

‘This pain hurts deep. My brother, he was a nice guy, he looked out for everyone,’ Rogers’ heartbroken sister Redd said to Fox19.

She said she was working when she learned her brother was shot.

A second shooting unfolded in Walnut Hills at Gilbert and Lincoln avenues around 4am where three people were shot, none fatally.

A third shooting happened in Avondale on Chalfonte Place, where four people were shot.

Police said at least one person died and identified the victim as 21-year-old Antonio Blair. Neudigate said two people could potentially die as a result of this shooting, as per The Columbus Dispatch. 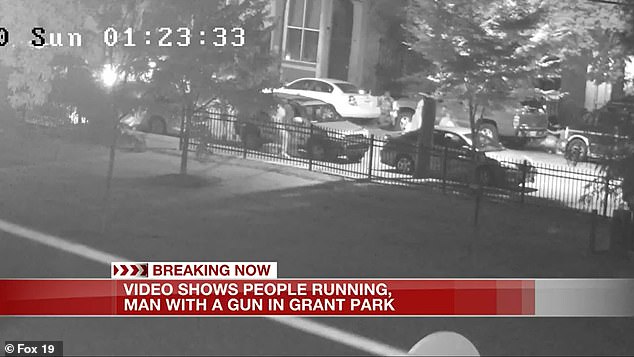 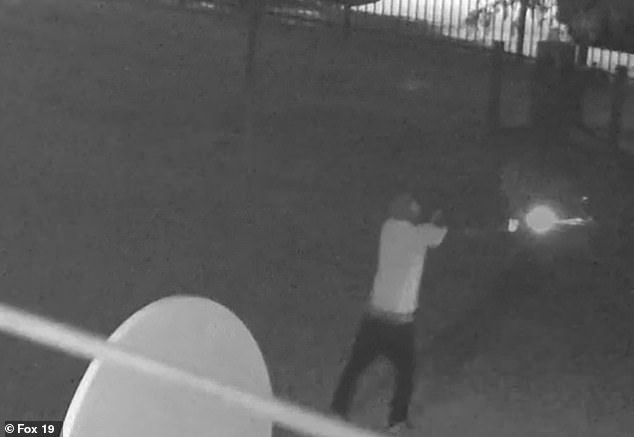 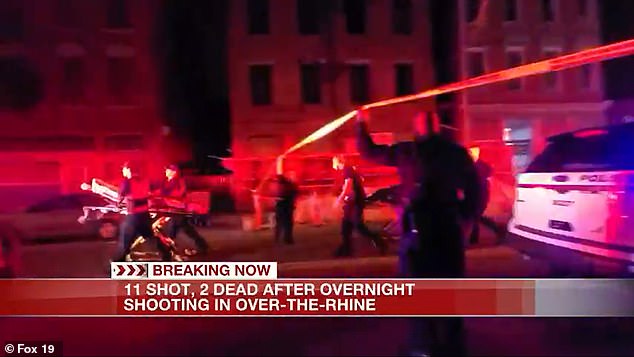 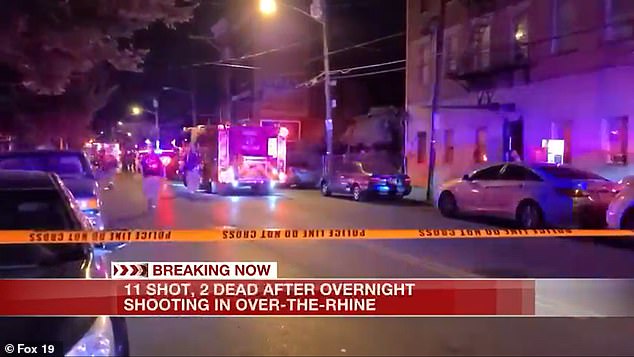 Blair was hospitalized and died from his wounds in the shooting. Blair was involved in music and had dreams of making it big with a friend.

His friend Austin Shoop is making T-shirts in his honor to help with the family’s funeral expenses.

Police say the investigation into Blair’s death and the Avondale shooting is ongoing.

A fourth shooting took place in West End on Linn Street at the Park Town apartments around 7.45am where Myron Green, 39, was pronounced dead at the scene.

Green was a youth football coach and father.

‘There are a lot of emotions going on right now,’ his uncle said his death.

‘A coach and a father figure, he did what he could. It was a life-changing thing for him as a coach. You saw the joy he brought to the organization and you could see the joy in the eyes of the kids he coached in return,’ Rob Harris, the president of the West End Lil Senators youth football program and Green’s friend, said.

So far there’s no motive or suspects in this shooting.

A GoFundMe page has been set up to help with the family’s funeral expenses. 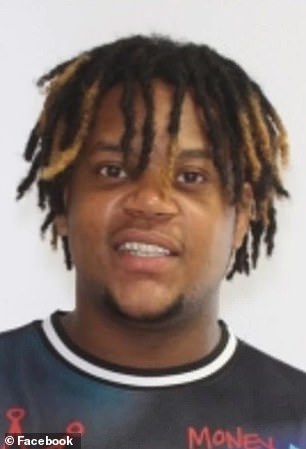 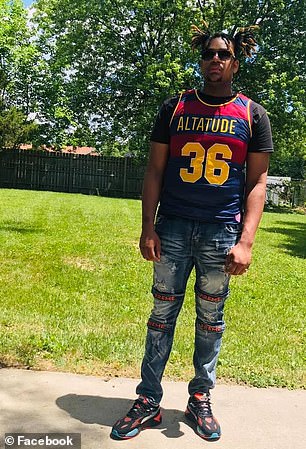 A third shooting happened in Avondale on Chalfonte Place, where four people were shot. Police said at least one person died and identified the victim as 21-year-old Antonio Blair 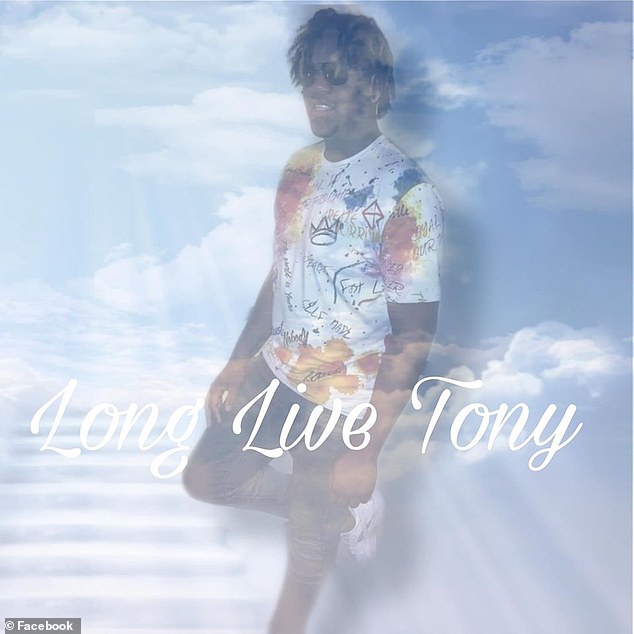 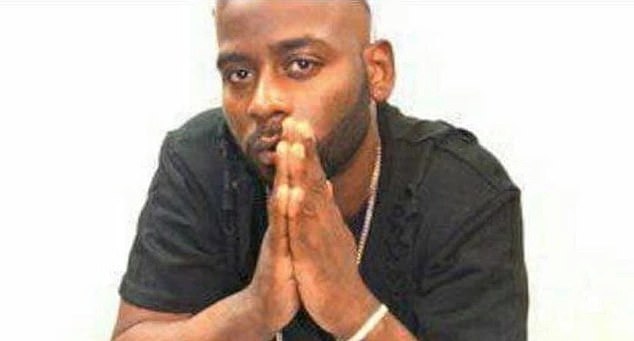 A fourth shooting took place in West End on Linn Street at the Park Town apartments around 7.45am where Myron Green, 39, a youth football coach, was pronounced dead at the scene 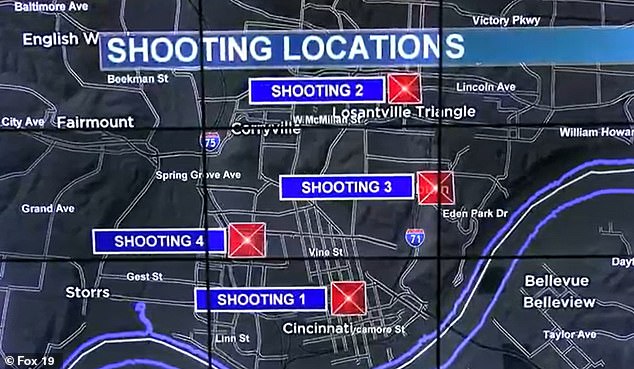 Police Chief Eliot Isaac condemned the violence saying: ‘This amount of gun violence and the damage this has inflicted on neighborhoods in unacceptable.’

‘I am also calling on everyone to help put an end this culture of resolving personal disputes with guns as well as to reduce the far too prevalent availability of illegal guns on our street,’ he added.

A spokesperson for Cincinnati police says the department will shift officers from other assignments to increase the number of uniformed officers in the impacted neighborhoods.

Neudigate said to The Cincinnati Enquirer this month that a rise in violence in Cincinnati could be because the coronavirus crisis had kept officers from being involved in the city’s communities.

The Gun Violence Archive run by the Cincinnati Enquirer shows that the shooting that injured 10 in the Over-the-Rhine location was the worst mass shooting in the region since 2017.

The worst year so far on record, according to a tracker that dates back to 1971, was in 2006 with 88 killings, and this year, if it continues at this rate, could surpass that.