Mother-of-five Joanne Bailey-Collinge, 34, was killed in the horror smash in Wigan at the weekend

This is the first picture of a mother-of-five who was killed in a horror hit-and-run over the Easter weekend.

Joanne Bailey-Collinge, 34, died when her Volkswagen Polo was hit by a silver Mercedes and a green Volkswagen Amarok in Wigan, Greater Manchester, on Saturday evening.

It is understood Mrs Bailey-Collinge was driving home with two of her five daughters, aged four and 13,  and her husband Andy, 29.

The teenager suffered serious arm, leg and hip injuries in the smash, while her husband suffered concussion.

Three men in the Mercedes, one aged 21 and two aged 20, were arrested on suspicion of causing death by dangerous driving while a hunt is now underway for the driver of the Amarok, who fled the scene before dumping the vehicle.

The Amarok truck failed to stop and was later found abandoned in Wigan, according to Greater Manchester Police (GMP).

Mrs Bailey-Collinge’s stepfather Bob Bailey described her as a ‘good mum and a good daughter’. 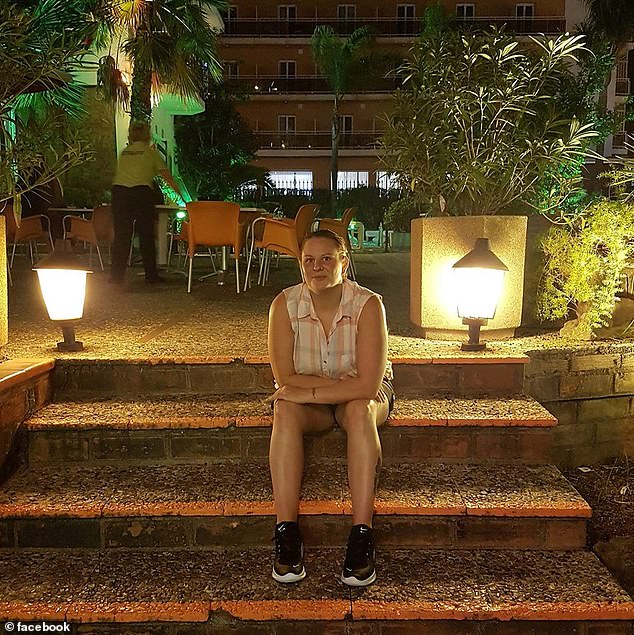 Mrs Bailey-Collinge (pictured) died while her three passengers, two girls aged four and 13, and a 29-year-old man – thought to be her daughters and husband – were also injured

Mr Bailey said: ‘Anything the kids were interested in or needed she’d do. She was a really good mum.’

Friends have also been paying tribute to the 34-year-old on Facebook.

Natasha Duncan wrote: ‘I can’t bear the pain of losing you Joanne Bailey-Collinge, you have been there for me through thick and thin.

‘You were my best friend and soul mate. And now I’ll never see or speak to you again. I love you more then you’ll ever know.’

Hayley Louise posted: ‘You always had a listening ear and was always a good friend to me, as a friend and as family. I shouldn’t be writing this but I am unfortunately. Rest in peace.’

Mrs Bailey-Collinge’s friend Vikki Parker has since raised more than £1,000 to cover the costs of her funeral.

On a JustGiving page, she wrote: ‘Joanne tragically lost her life yesterday leaving behind 5 beautiful babies and a loving husband.’

GMP Sergeant Joseph Barron said: ‘A mother lost her life, and a little girl has received serious injuries and remains in hospital.

‘This is a senseless incident that has resulted in tragedy. My thoughts are with the victim’s family, we will be doing everything we can to support them.

‘We sadly deal with incidents of this nature often, people lose their lives on our roads and it never gets any easier.

‘Occasionally however an incident occurs that takes a life and it leaves us all asking why it needed to happen?

‘Children have been left without a mother, all because they were in the wrong place at the wrong time.

‘The driver and the occupants of the green Amarok know very well that they have questions to answer about their behaviour. 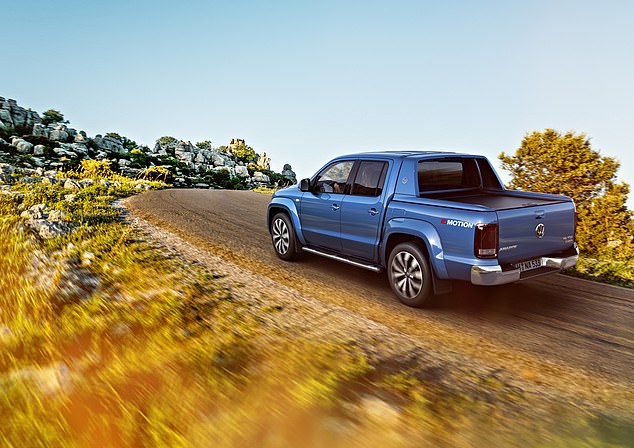 ‘They left the scene without thought for the people in the cars around them, they owe it to the victim’s family now to come forward and talk to police..

‘Around the time of the collision there were many people around, and driving by.

‘We would like to hear from anyone who saw any of the cars involved prior to the collision, or saw the Amarok making off from the scene.

‘We would particularly like to hear from anyone who may have dash-cam footage. The information you provide could be vital to our investigation.

‘Three people remain in custody today for questioning. We hope in the coming days we can piece together what has happened in order to give the family of the victim the answers they deserve.’