Pictured: Son of Cambridge academic, 19, who died in halls at Manchester University

Finn Kitson, 19, was found dead at halls of residence at the University of Manchester

A teenage university student, who is the son of a leading Cambridge academic, died in his halls of residence after suffering with ‘severe anxiety’ during a campus ‘lockdown’, his family say.

The 19-year-old student, named by his family as Finn Kitson, was found dead at halls of residence at the University of Manchester.

His death, ten days ago, came after a spike in Covid-19 in cases in Manchester.

The surge in cases resulted in hundreds of students self-isolating and others at neighbouring university Manchester Metropolitan forced into lockdown.

Officials say the death of Mr Kitson, who was staying at the University of Manchester’s Fallowfield campus, was not Covid-19 related. Police also said they were not treating it as suspicious.

A video shared by Cambridge Celts manager Nic Mitham today showed the joyous moment Finn, No.10, was surrounded by his team mates as they celebrated a goal he’d scored.

Mr Mitham tweeted a tribute along with the video reading: ‘It was an honour to manage Finn Kitson at Cambridge Celts and I’ll always remember him for playing the game that he loved. Rest in peace Finn.’

But today Mr Kitson’s father, Michael Kitson, hit out at the ‘little support’ students have been receiving while locked down in a tribute tweet to his son.

It was an honour to manage Finn Kitson at Cambridge Celts and I’ll always remember him for playing the game that he loved. Rest in peace Finn. pic.twitter.com/zyhifdaB8a 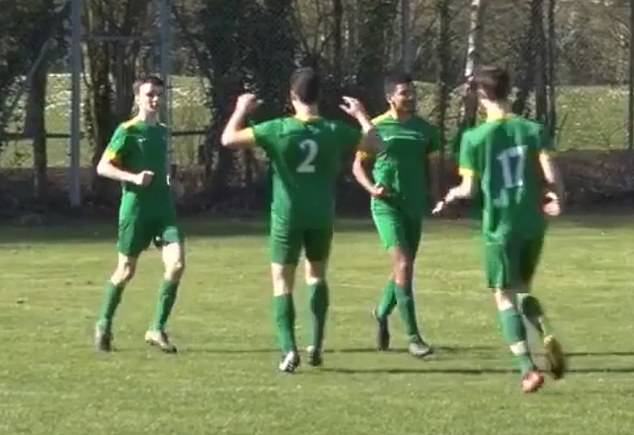 Finn Kitson, left, joins his Cambridge Celts team mates to celebrate him scoring a goal, in a video shared by the team’s manager Nic Mitham

Mr Kitson, who is an economist at Cambridge University’s business school, Cambridge Judge, said on Twitter: ‘If you lockdown young people because of Covid-19 with little support, then you should expect that they suffer severe anxiety.

‘The student referred to below is our son – and we love and miss him so much.’

Mr Kitson was responding on Twitter to a now-deleted post by a local radio news source, which had tweeted that the student’s death was not Covid-19 related and not being treated as suspicious, he said: ‘This is untrue.’

Other members of the family have also paid tribute, including sister Beth Kitson.

Responding to a post by her father on Twitter, she said: ‘My wonderful kind and darling brother. He is and will always be so loved.’

She urged those reading the tweet to donate to charities Mind and Samaritans.

Since Mr Kitson’s tweet, there has been outpouring of sympathy, with scores of people paying tribute to him on Twitter and offering sympathy to his shattered parents and siblings Beth and Harry. 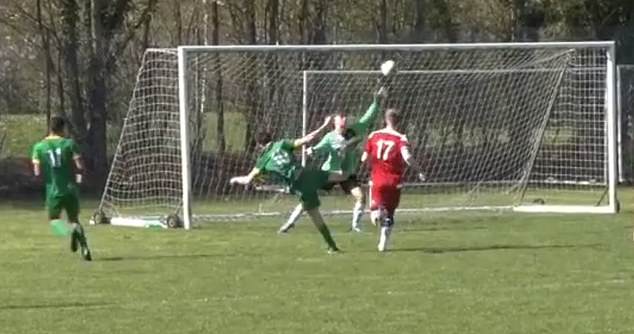 In an initial tweet, his father said: ‘Our beautiful brilliant son and brother has passed away. We are all devastated. Please give anything you can towards mental health charities.’

Players at his former team, Cambridge City FC, also stood for a minute’s silence in tribute at their ground.

Dr Simon Merrywest – director for the student experience at the University of Manchester – said: ‘We can confirm that very sadly one of our students was found deceased in their hall of residence at around 5pm on Thursday, October 8. 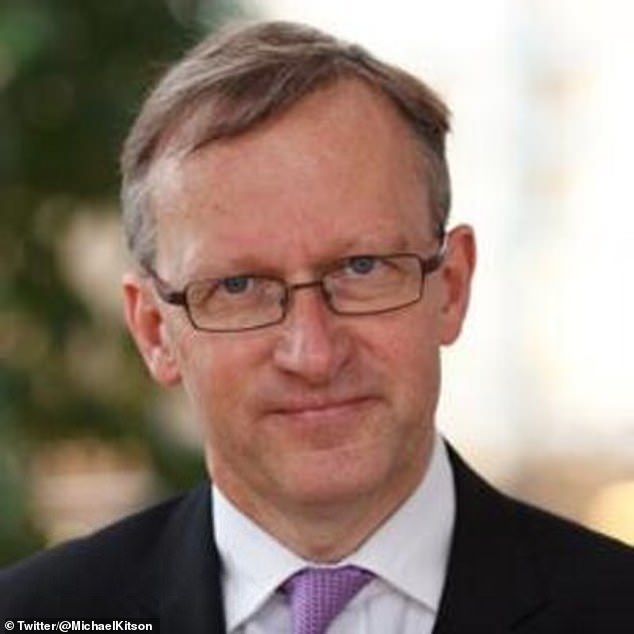 A teenage university student, who is the son of a leading Cambridge academic Michael Kitson (pictured), died in his halls of residence after suffering with ‘severe anxiety’ during a campus ‘lockdown’, his family say

‘We are providing all possible support to their family and friends and our utmost sympathies go out to them.

‘The family have asked us to make it clear that this incident is not Covid-19-related and that they would wish to see their privacy respected at this difficult time.

‘The university is working closely with the Manchester’s Coroner’s Office, so we will not be able to comment any further.’

In separate incidents, an 18-year-old man from nearby Washington, died on Saturday and a 21-year-old Northumbria University student died the same weekend as Finn after allegedly taking drugs. 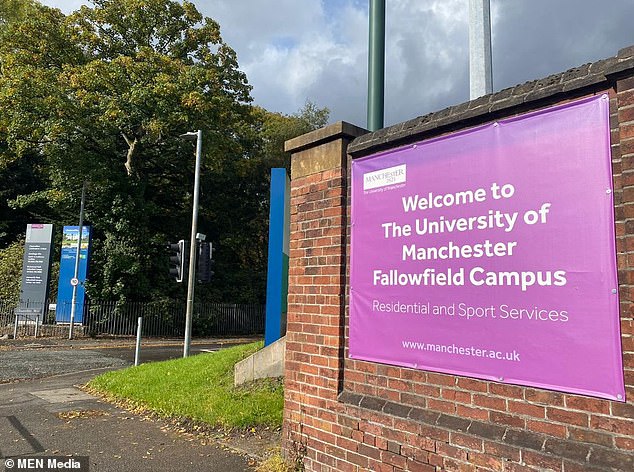 MailOnline contacted the University of Manchester for a response, but a spokesperson declined to comment.

In a statement, Greater Manchester Police said: ‘At around 5pm on Thursday, October 8, police received a report of concern for the welfare of a man at a property off Moseley Road, Manchester.

‘Emergency services attended and a 19-year-old man was sadly pronounced dead at the scene.

‘His next of kin has been informed. There are believed to be no suspicious circumstances surrounding his death.’

At the time of Mr Kiton’s death, Fallowfield was one of the worst-hit student areas for coronavirus outbreaks in Britain with five per cent of people tested positive for the disease in the week ending October 2.

The University of Manchester, where there have been more than 1,000 cases since September 21, shifted to online learning earlier this month.

However, students were not put into lockdown, unlike students at neighbouring Manchester Metropolitan University, where more than 1,000 students were told to remain in their halls of residence after a Covid-19 outbreak.