Pictured: Woman’s ENTIRE SCALP was torn from her head

These horrific photos show how a woman’s entire scalp was ripped off her head in an accident with a cotton spinning machine.

The 64-year-old, from Japan, was at work when her long hair got caught in the high-powered contraption.

The images, published in the latest edition of the British Medical Journal, reveal the force ripped off her entire scalp from her skull – including her eyebrows and the top thirds of both ears.

She was rushed to hospital, where doctors were able to reattach her scalp within four hours. 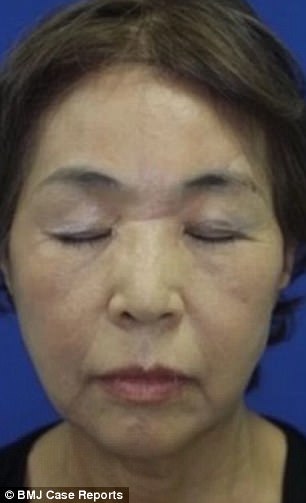 The woman, 64, is the second ever case to be successfully treated for scalp avulsion. She can now close her eyelids and contract her forehead muscles (pictured a year after surgery)

Now, plastic surgeons have published an analysis of the case, a rare example of ‘scalp avulsion’, which can be incredibly complicated to fix given the blood vessels and nerves involved.

It is the second ever case of someone with scalp avulsion receiving successful treatment.

In this case, doctors successfully reattached the four main blood vessels that connect the right and left sides of her head.

There were some issues that they could not repair. 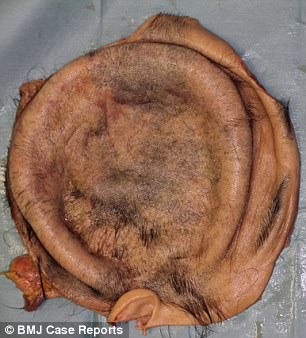 This is a picture of the woman’s scalp, including the tops of her ears and eyebrows, after it was ripped off in an accident last year

Despite reattaching the vessels, they found the left side remains blocked, meaning she relies on bloodflow from the right side.

They also failed to reconnect the nerves, meaning she has no feeling on her scalp.

The woman also needed a skin graft two weeks later after she got a lesion on the left side, where the skin was starting to die due to a lack of blood.

Now, a year later, her hair has grown back, she has regained sensation on the sides and front of her temple, she can contract her forehead muscles, move her right eyebrow, and she is able to close both eyelids. 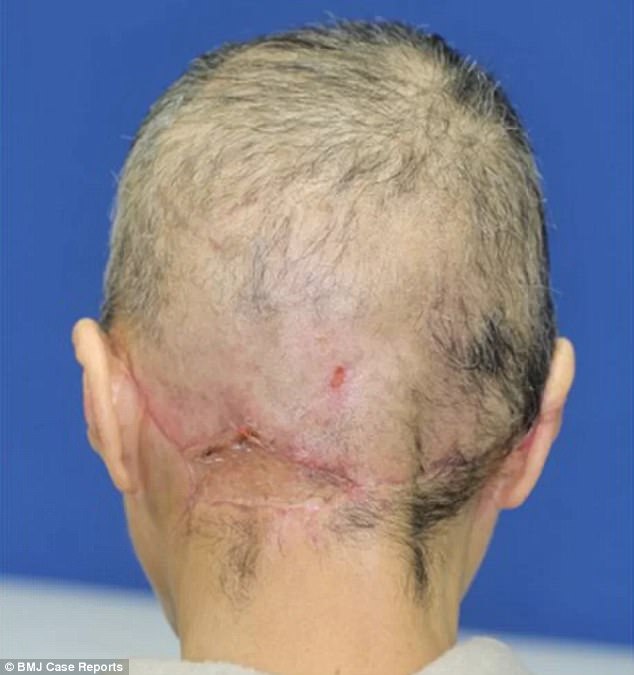 Repaired: The back of her head, pictured a few weeks after her reconstruction surgery