Pictures show a worm wriggling about in Indian woman’s eye

An Indian woman needed nasal surgery to remove a long, white worm that had lodged itself just behind her cornea.

The 42-year-old woman, from Shravasti, a tiny village in Utter Pradesh, India, was told by doctors she had a ‘thread-like structure’ wiggling behind her eye, after she had come in complaining about horrendous pain around her eye and nose in July 2016.

Surgeons removed the worm by stabbing up through the nose and extracted the creature, which was a little under a centimetre long, according to a report published in BMJ Case Reports, from the Ophthalmology Outpatient Department at King George’s Medical University, in Lucknow, northern India.

Scientists identified it as a Loa loa worm, which is typically found in West Africa but is extremely rare in India.

An Indian woman needed nasal surgery to remove a long, white worm that from her eye

After complaining of intense pain and impaired vision around her eye, the woman checked into the Ophthalmology Outpatient Department at King George’s Medical University, in July 2016.

Doctors gave her a slit-lamp examination, during which they identified that her eyes were extremely bloodshot and the iris was inflamed.

When they checked behind her eye, they saw, as the report describes, a ‘coiled up, thread-like structure, which was mobile.’

The doctors administered a topical anaesthesia to paralyse the worm, and then removed it by going through the patients nose.

After having been removed, the worm was sent to the Microbiology Department at the university.

The white, wriggling mass was identified as a female Lua lua worm, which is also known as the ‘African eye worm’, because it commonly migrates to the eye.

After the surgery, the report states that her symptoms vanished. 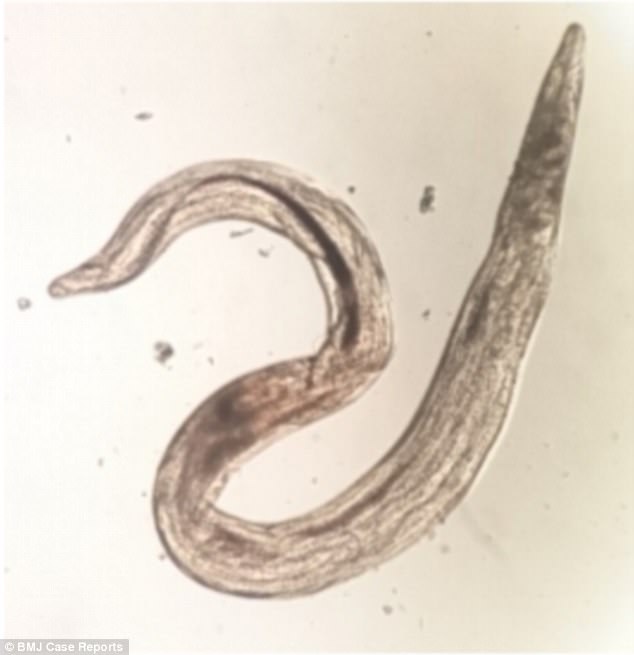 Scientists identified it as a Loa loa worm: typically found in West Africa and very rare in India 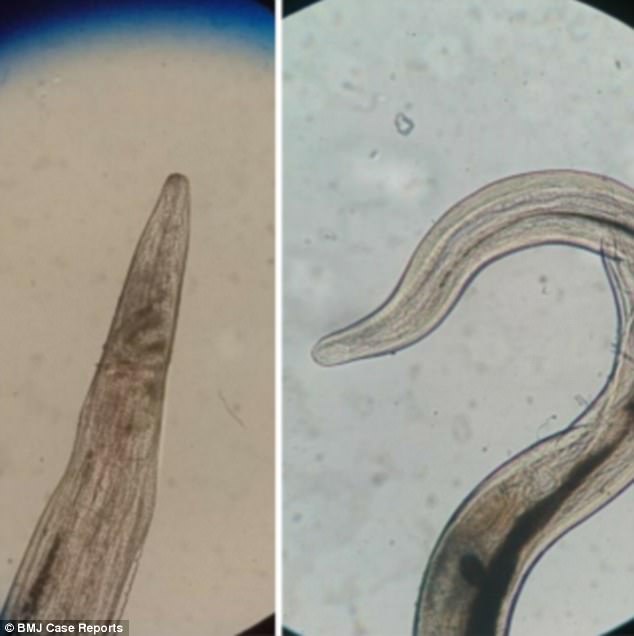 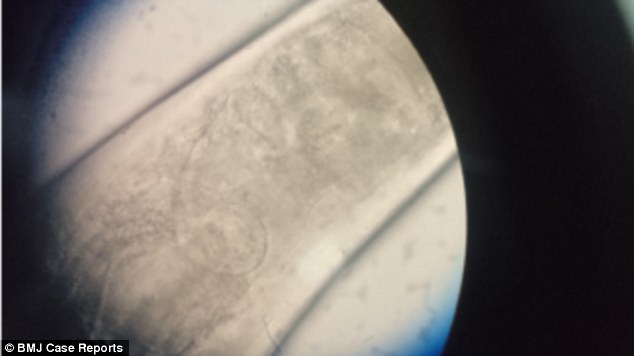 A picture of part of the Lua lua worm under the microscope, showing its reproductive organs

The Loa loa larvae are usually transmitted to humans by a few species of biting flies, like the deer fly, in West and Central Africa.

The larvae mature in the human body. As adults, they typically live under the skin.

However, they can migrate all over the body: some have been found in the eyes, nose and even genitals.

The adult Loa worms release ‘microfilariae’ into the bloodstream, which float around the blood and sometimes reside in the lungs.

These are then picked up by flies in order to begin its cycle again.

The female worms usually only grow up to 0.7cm – making the one extracted from the woman from Uttar Pradesh particularly large.

While Loa infections are most common in West and central Africa, there have been a few cases in India before.

For example, a 48-year old man man from Assam had a male Lua lua worm removed in 2005, as did a woman from the Kumayun district in the Himalayas. 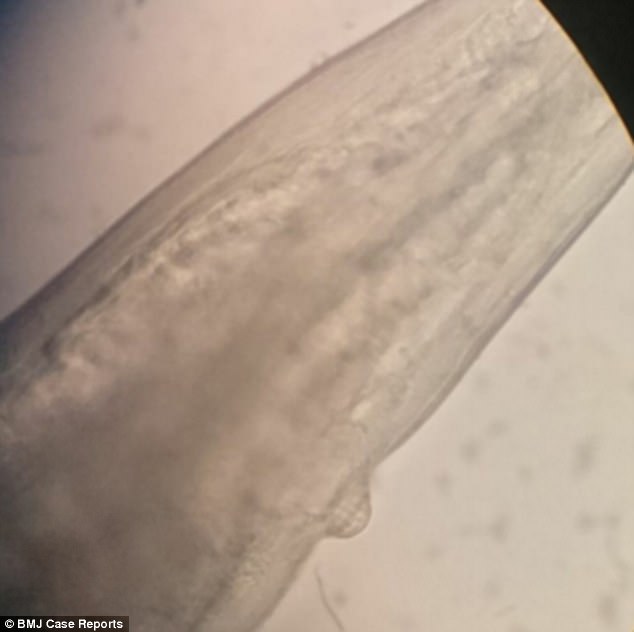 The genital pore of the worm under a microscope: the worm spends most of its life in humans