A photographer has captured a series of hilarious pictures showing the moment hungry dogs try to catch treats.

The pictures were taken using a special technique which captures the faces of the dogs with their eyes on the prize as they try to get the treat in their mouths.

The images were shot by Christian Vieler for his new book called Treat!, which showcases some of his best snaps.

From the terrier to the Labrador, Mr Vieler’s new book released today in the US showcases some dogs – some more successfully than other – looking overjoyed, sad or even candid as they snatch the airborne goody.

Mr Vieler, from Waltrop, near Dortmund, Germany, first became interested in taking pictures of dogs when he bought a new camera five years ago.

Having worked on perfecting the technique for his food-catching shots, he now gets bombarded with requests to take photographs of pets for others.

The snapper then uploads the funny shots to his social media platforms, under ‘Fotos Frie Schnauze.’ 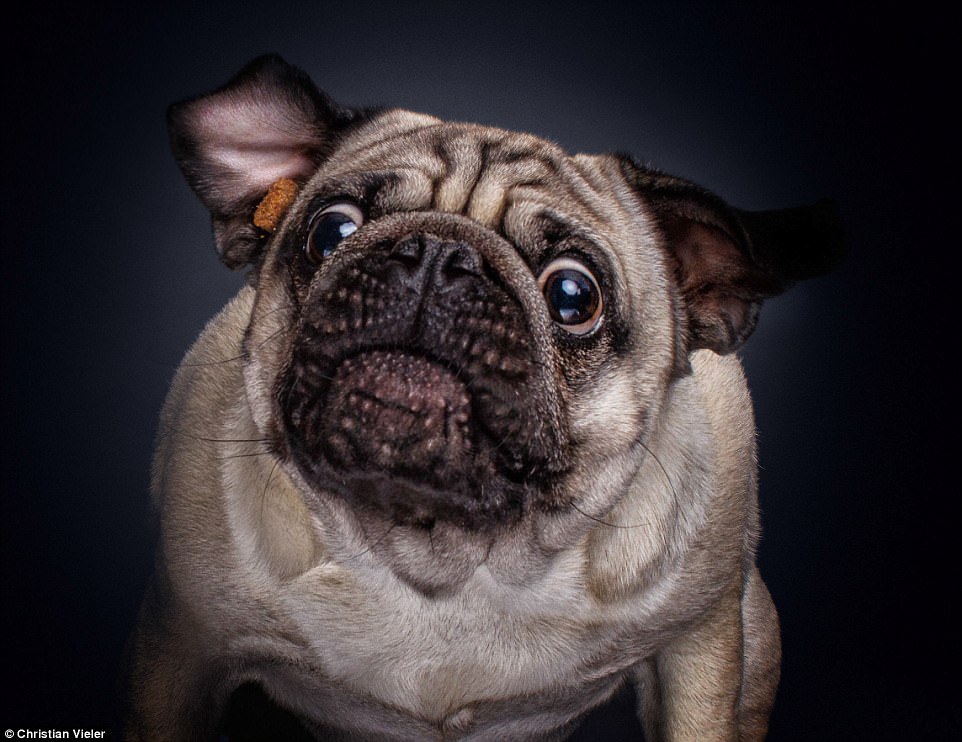 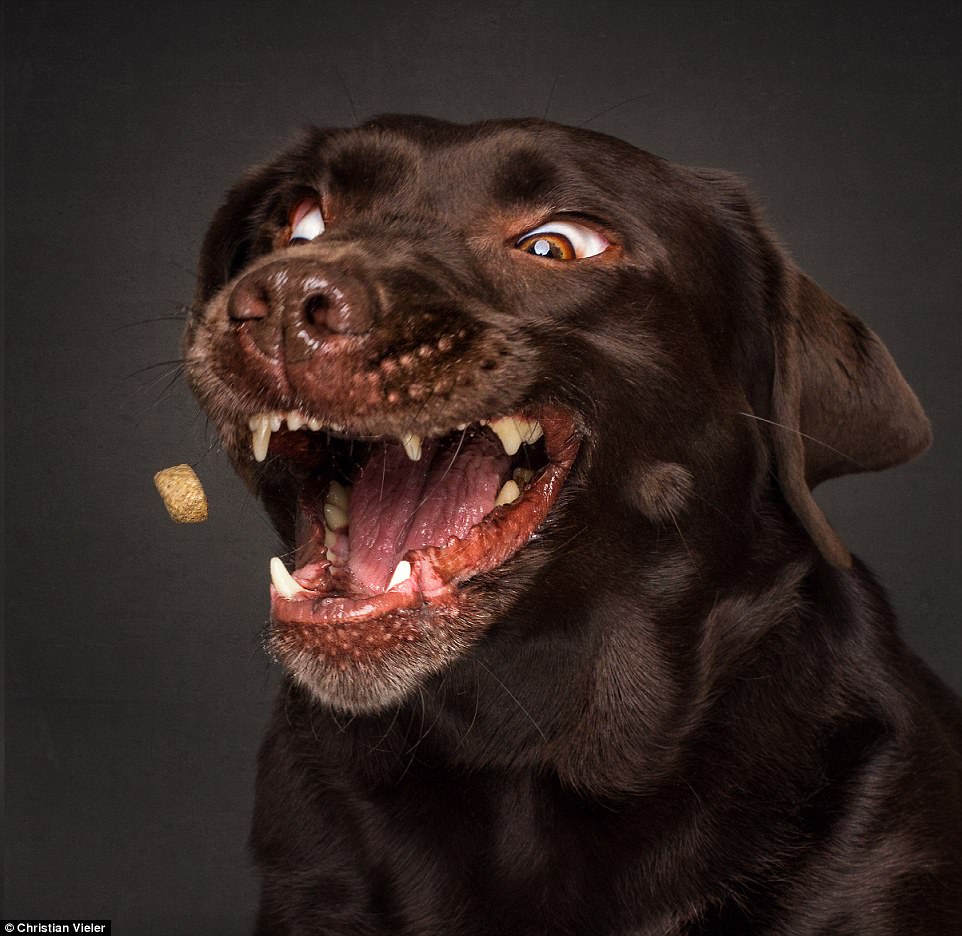 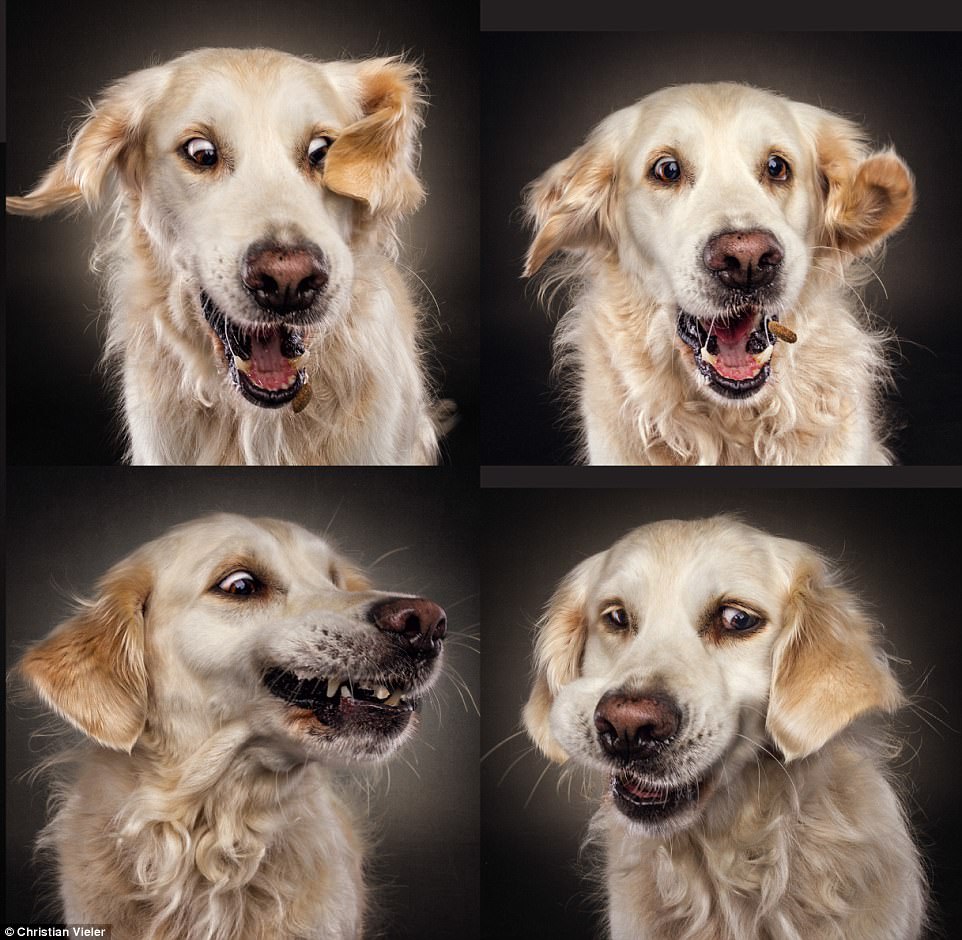 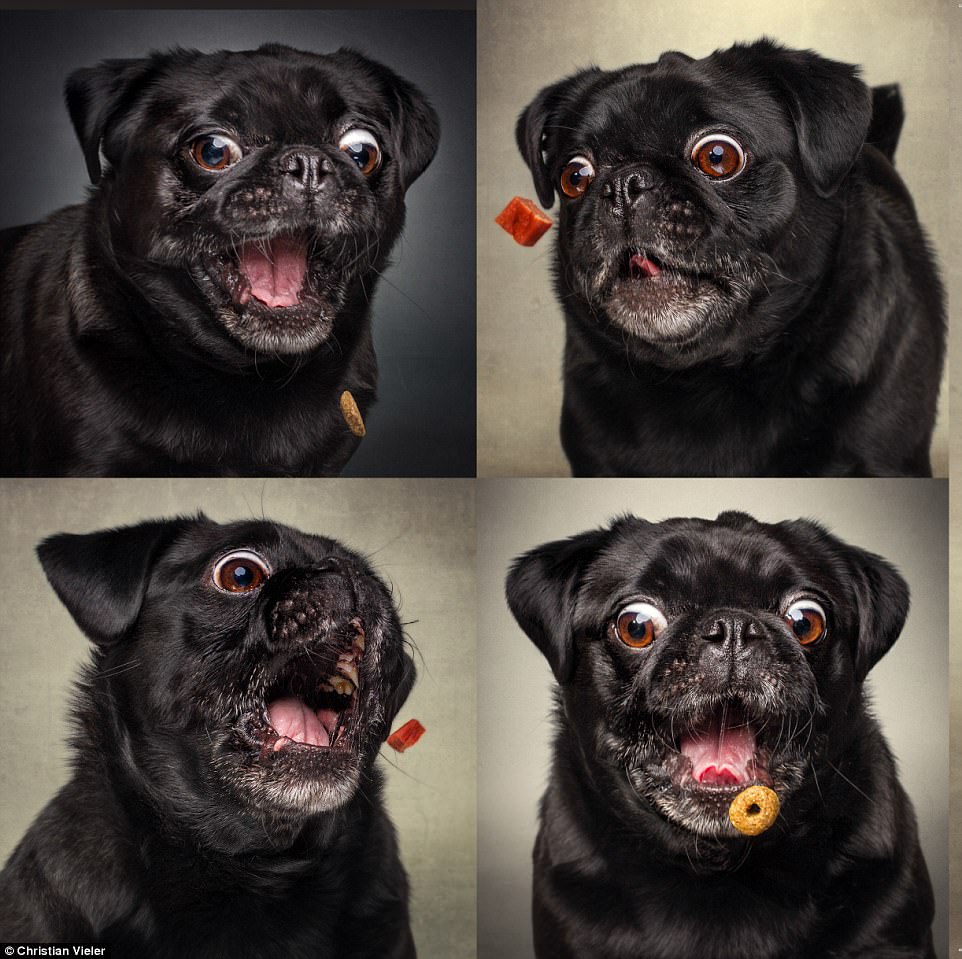 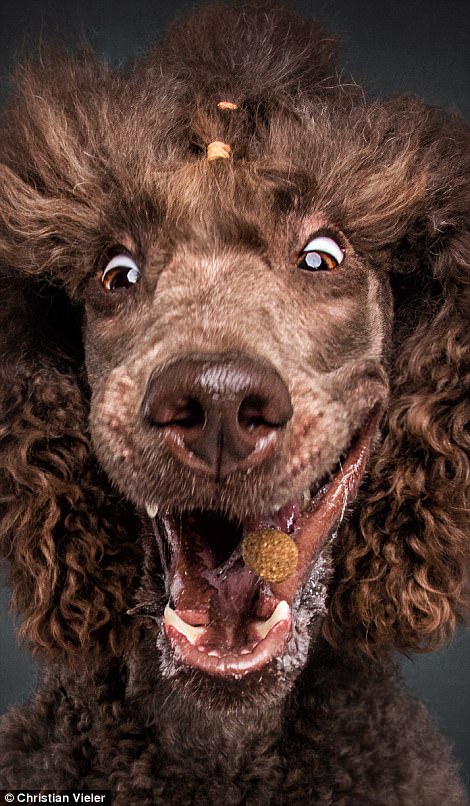 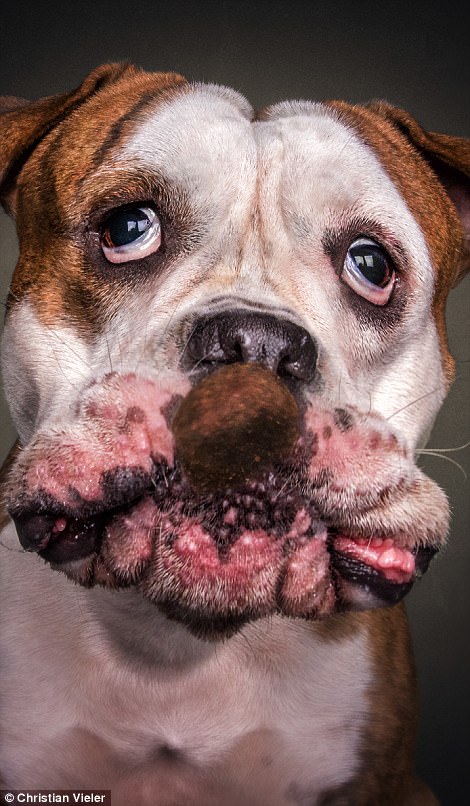 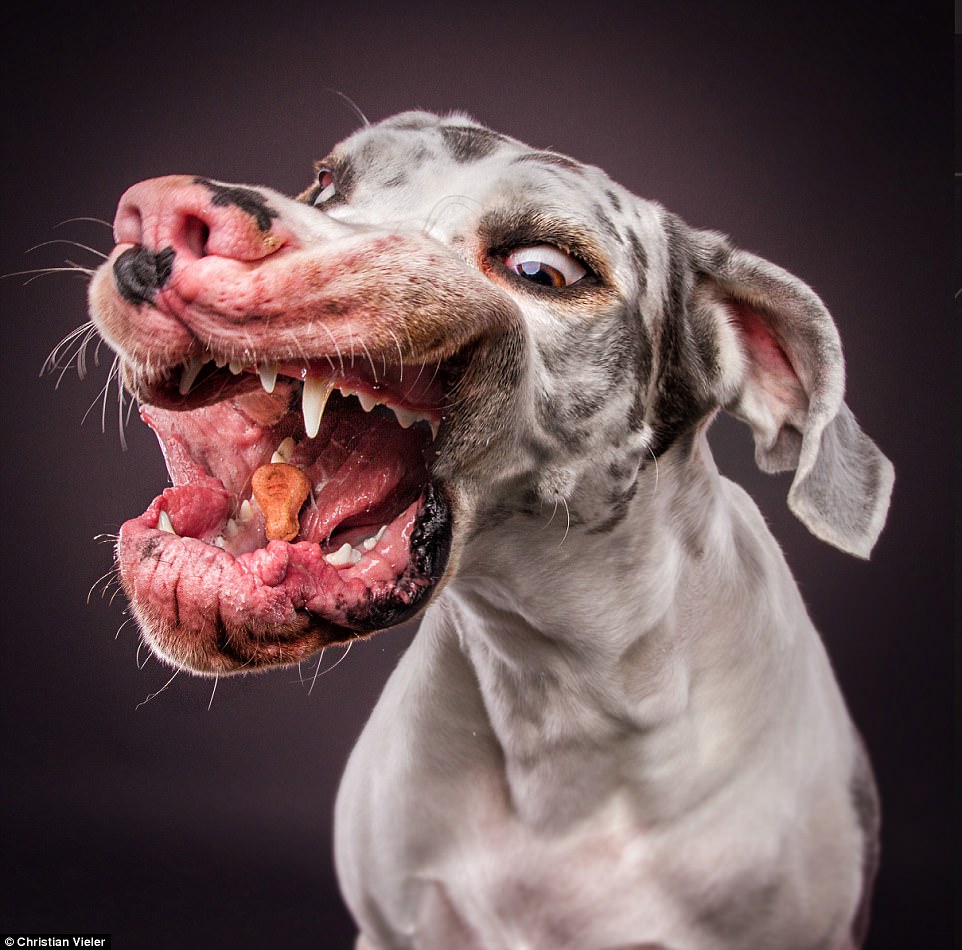 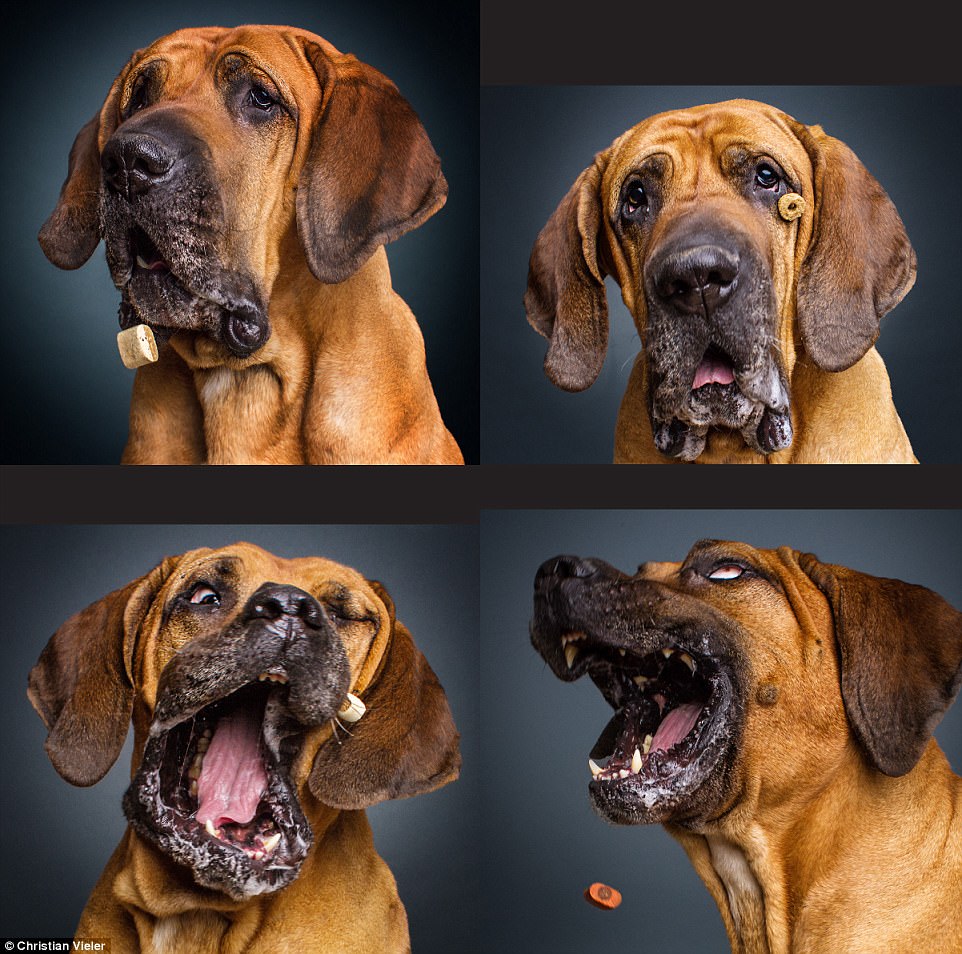 Mr Vieler, from Waltrop, near Dortmund, Germany, first became interested in taking pictures of dogs when he bought a new camera five years ago 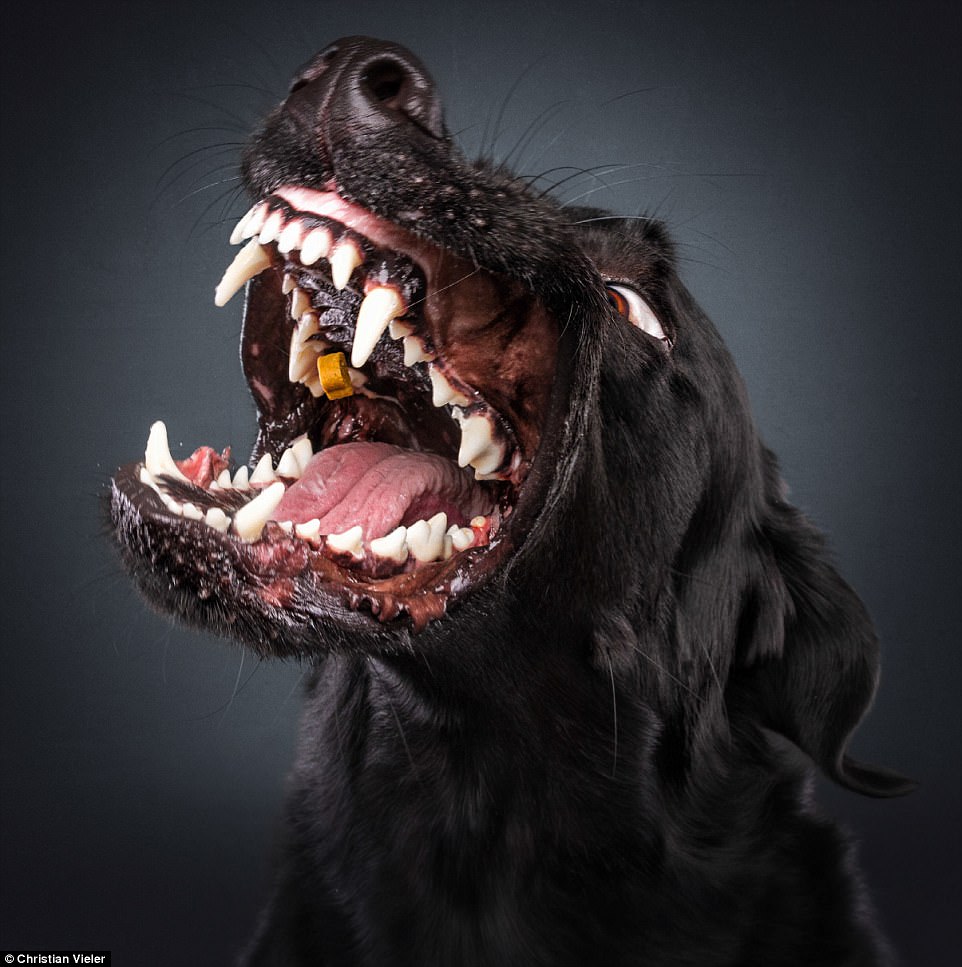 The new 144 page book Treat! goes on sale for $9.99 and comes from the same publishers which released the book entitled Underwater Dogs