The shocking extent of the chaos inside hospitals during the height of winter pressures has been laid bare in a new documentary.

BBC2’s Hospital went inside Nottingham’s Queen’s Medical Centre in January where dozens of patients were seen lined up on trolleys in waiting rooms.

They spent up to 15 hours waiting for beds or to be seen by medics as bosses at the hospital struggled to cope with the ‘huge influx’ and urged people to stay away unless absolutely necessary.

The hospital was put on ‘black alert’, which means it was operating at full capacity with no bed spaces left. 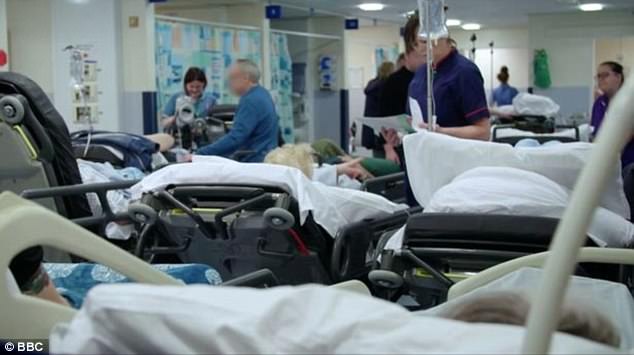 At one point the nurse in charge of the A&E department, Claire Reay, can be heard saying ‘Where there is space, there will be a trolley’.

She added: ‘There are a lot of people who have been waiting all night for a bed and we have more patients coming in. There is no stop button’.

Queen’s director of operations Miriam Duffy is shown talking to staff and telling them to get the message out that only ‘genuine emergencies’ can be dealt with.

She added: ‘We have started the day with 30 people needing beds and we have used all our bed space, so this is uncharted territory for us.’

The documentary revealed patients were just as anxious as staff, with one who could not be seen properly voicing their concerns.

The patient said: ‘It makes me feel anxious that I can’t see what’s around me, but I know I’m in the middle of a big room with lots of people I don’t know.

‘It’s not dignified, people spending their nights next to random strangers when they are poorly.’

In footage from an upcoming episode, cancer surgeon David Grant said: ‘I know in my own practice sometimes a delay in getting someone in the ­operating theatre could be the difference between life and death. 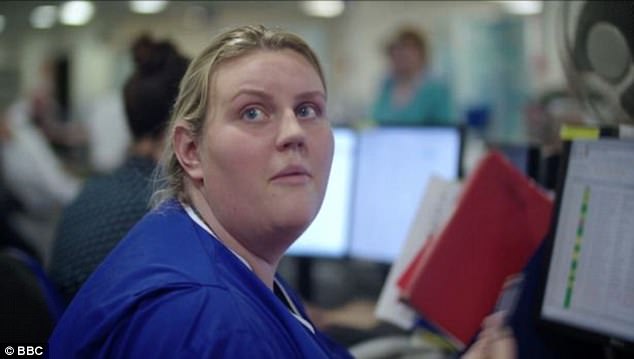 Nurse Claire Reay, pictured, told the documentary ‘where there is space, there will be a trolley’ 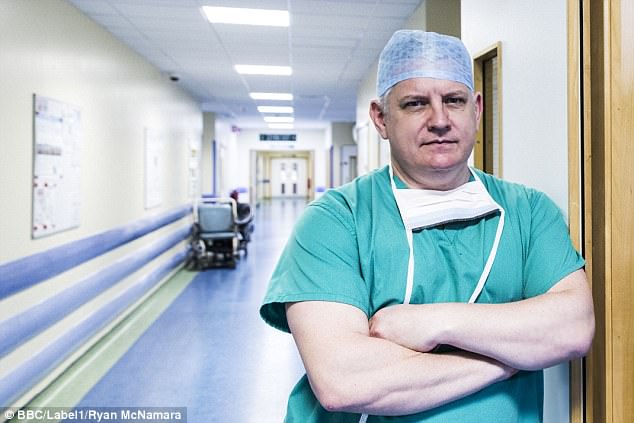 Cancer surgeon David Grant, pictured, said the delays in care of patients ‘could be the difference between life and death’

‘It stings when that happens. These are people, they are not numbers, they are not targets. They are your mothers, your wives, and your children. Treat them like it.’

Meanwhile medics in other parts of the hospital said they were ‘at a loose end’ because they felt like they should be doing something to help, with many non-urgent procedures cancelled to free up as much space as possible.

Orthopaedic consultant Peter James, who finished his clinical work by 9am, told the documentary: ‘We’re just left largely at a loose end, feeling that we should be doing something to contribute, that we should be working. We are being paid to work and we’re just trying to find something constructive to do.

‘In a hospital like this we are all so specialised as consultants that we can’t make decisions on patients who don’t belong to our speciality because we don’t have the knowledge or expertise.

‘It’s not just me, we have all the theatre staff who will be underutilised; the anaesthetists will be in the same position. The lists are doing down so everyone is finishing early; it is a frustrating time for all.’

Last year the winter pressures were described as a humanitarian crisis but this year a ‘perfect storm’ of bad weather, a flu outbreak and norovirus have made matters even worse. 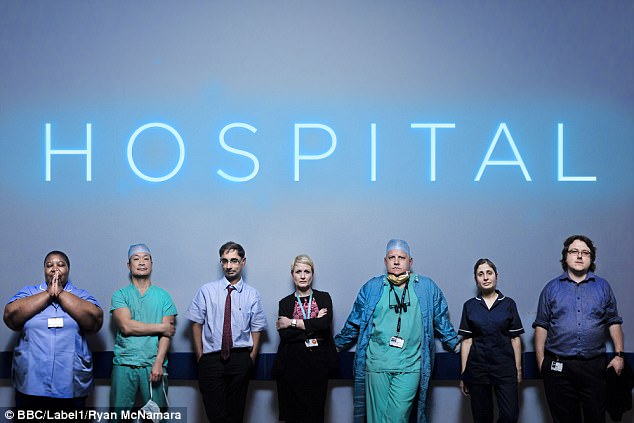 Just 85 per cent of patients were admitted, transferred or discharged within the four hour target of arrival in A&E last month according to the latest figures and the target of 95% has not been met since July 2015.

This winter has seen the worst flu season since 2011, with 306 confirmed deaths according to Public Health England (PHE).

Thousands of people have also been affected by norovirus, leading to hundreds of hospital beds being closed every day.

The Royal College of Surgeons said at least 62,000 fewer NHS treatments, including surgical operations, were performed by consultants this winter compared to the previous winter.

In trauma and orthopaedics, there was an 8.4 per cent fall in treatments.

It said the ‘necessary evil’ of postponing all planned surgery in January to relieve pressure on A&E departments resulted in many patients not receiving treatment when they needed it, ‘extending their time in pain or discomfort’.