‘He brings a lot of positivity and a new philosophy for us’: Pierre-Emerick Aubameyang reveals Mikel Arteta was ‘the first thing’ that persuaded him to sign a new £350,000-per-week Arsenal contract

Pierre-Emerick Aubameyang admits that Mikel Arteta was the deciding factor in him committing to Arsenal this summer.

The Gunners skipper ended speculation over his future by signing a new three-year deal worth £350,000-a-week this month.

And it was the man who has led the club to two trophies in his first nine months in charge who proved so influential in convincing the talismanic Gabonese striker to stay in north London. 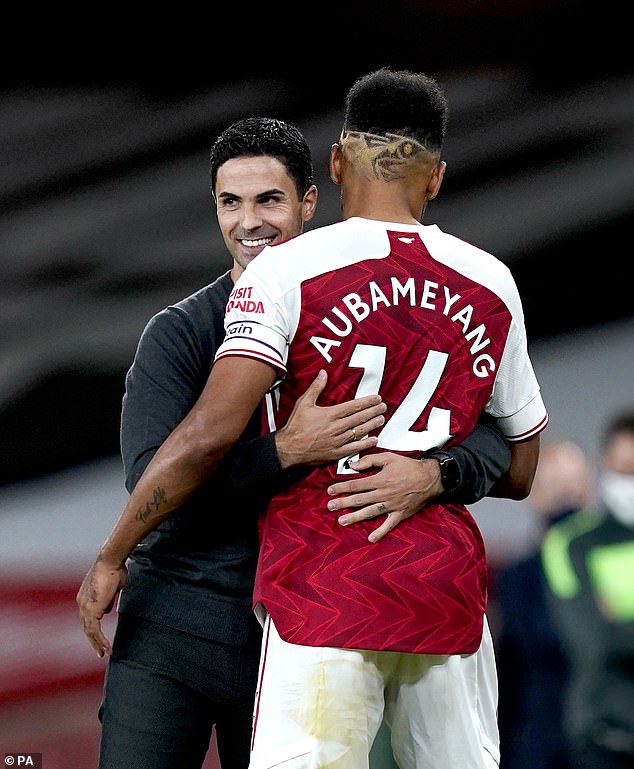 ‘Two things persuaded me to stay,’ he told Sky Sports. ‘The first thing was Mikel Arteta, because since he came in he brings a lot of positivity and a new philosophy for us.

‘I think that was important because it matched my game and I feel that I can improve with him. I think this was the key factor and as well, the love that I receive from the fans and the whole club.’

The 31-year-old revealed that Arteta was an instant hit at the Emirates when he took over in December, and divulged his unusual method of cultivating team harmony on his first day.

He continued: ‘When he came, the first day, we were in a room where I remember there were some chairs on the floor, everywhere in the room. 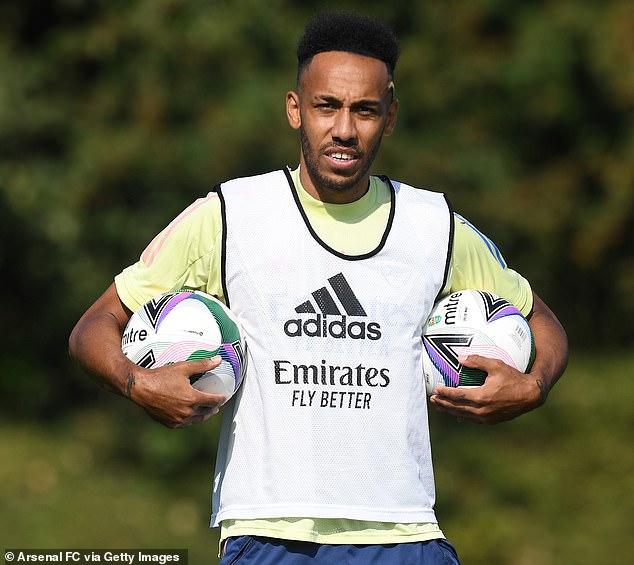 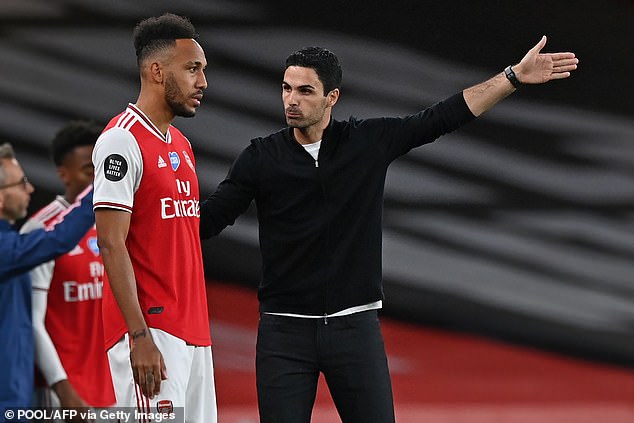 ‘So he brings the players, the staff and all the people working here and he said “This is the club right now, so you’re going to work altogether and first of all, clean this room, and then we’re going to talk.”

‘After this you think “OK, I think he’s right, and we’re going to follow this way” and this is how he made it and we have a lot of respect for him because he was a player as well.

‘When you have a coach who knows what they’re doing, you just have to follow.’