‘Do you know what? You can do it’: Piers Morgan and Susanna Reid ‘KISS’ on Good Morning Britain after she gives him permission

Piers Morgan and Susanna Reid shared a kiss on Good Morning Britain as they discovered the fun side of using a ‘split screen.’

The hosting duo have to remain socially distanced from one another during the show due to the ongoing coronavirus pandemic.

So editors have been trimming the gap in order to make them appear closer during the show.

‘Do you know what? You can do it’: Piers Morgan and Susanna Reid ‘KISSED’ on Good Morning Britain on Wednesday after she gave him permission 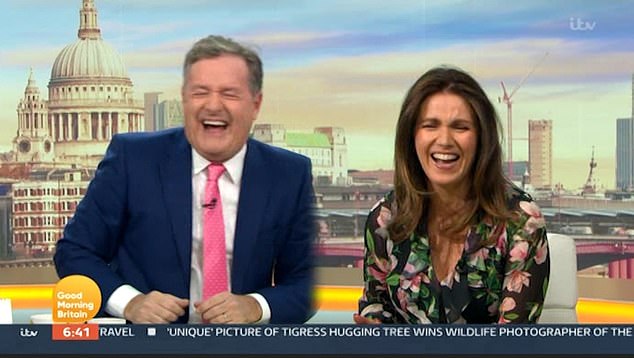 Loving life: The hosting duo fell into fits of giggles as they tried out the stunt

Piers, 55, revealed he had recently had dinner with EastEnders star Jake Wood, 48, who plays Max Branning and he had been telling him how the BBC soap had been using a split screen for safe kissing scenes.

Piers said: ‘They all have to be done through perspex glass, and even better, they’re bringing in the partners – male and female – of the stars.

‘The real life partners are being brought in for the steamy close up kissing stuff, and they’re wearing wigs.’ 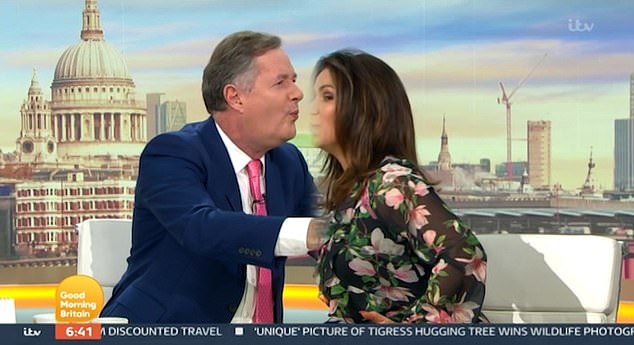 Where’s that hand gone? They both laughed because the split screen meant that various body parts, such as Piers’s hands kept disappearing over the invisible split screen border 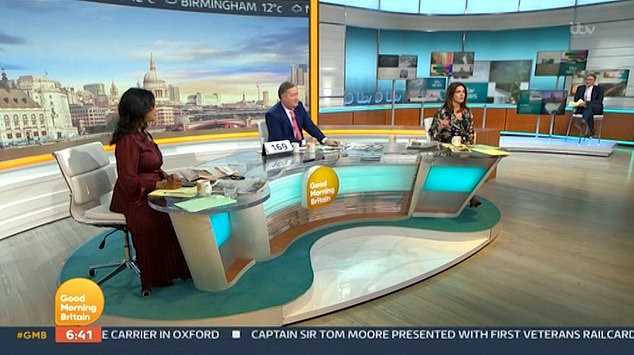 Clever: In real life, the hosts sit far apart from one another but technical wizardry gives the illusion that they are closer together

Giving him permission, Susanna, 44, said: ‘Do you know what? You could do it, using the split screen!’ as she puckered up and leaned in towards Piers.

Laughing, Piers leaned in too – while producers played some sexy music in the background.

They both laughed because the split screen meant that various body parts, such as Piers’s hands kept disappearing over the invisible split screen border.

The fake kiss comes a day after Piers’s wife Celia Walden revealed she was the proud owner of Piers Morgan branded loo roll.

The 44-year-old posted a snap of her latest purchase on Instagram, playfully writing alongside it: ‘A proud moment for any wife’.

The loo roll doesn’t come cheap and retails for £9.99 from Amazon. 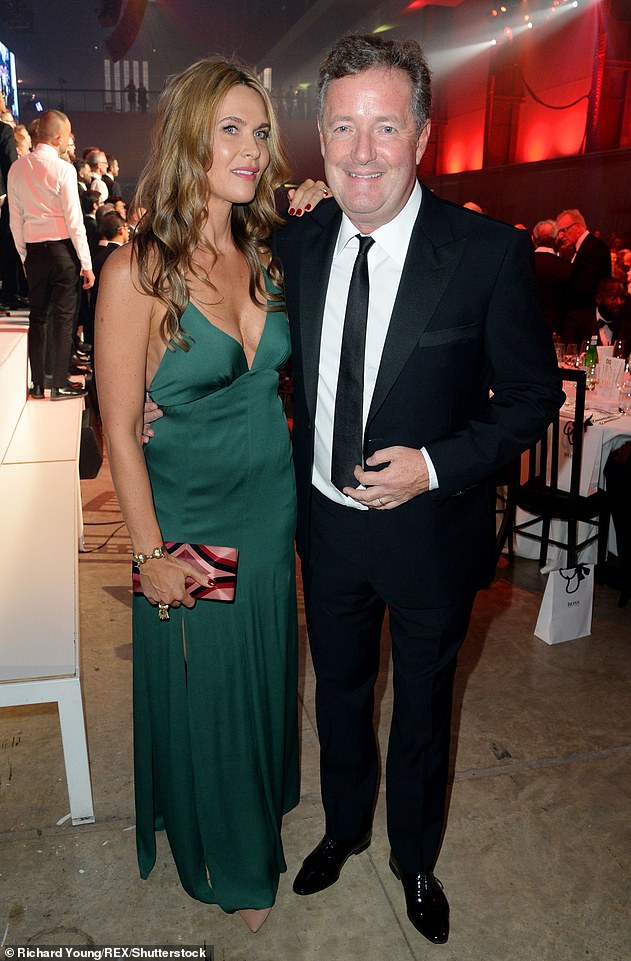 ‘A proud moment for any wife’: Piers’s wife Celia Walden has treated herself to a £9.99 novelty toilet roll which has her husband’s face  printed all over it (pictured in 2018) 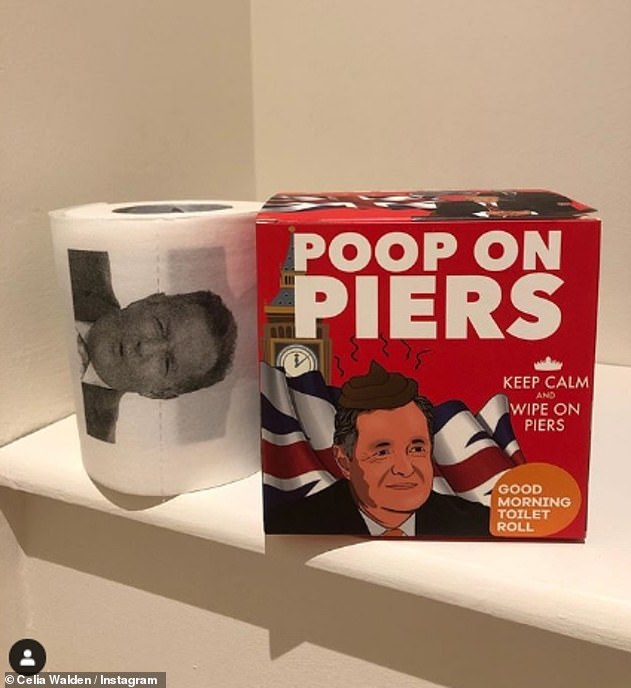 Wow! The boxed item has the words ‘keep calm and wipe on Piers’ emblazoned on the front