Supporting Arsenal over the past few years has been a bit like being a real-life inmate from Awakenings, the Robin Williams and Robert De Niro movie about a wonder drug that temporarily woke up a group of catatonic patients, gave them all false hope of a brilliant future full of life and excitement, then wore off and sent them back into stupors again.

The sight of the last man made my wallet tense with PTSD.

I backed Frankie throughout the entire day I spent at Royal Ascot last summer and blew all my stake money (£2,000) as he lost every race – most notably on a red-hot favourite, Cracksman, that everyone assured me was a dead cert.

‘You cleaned my clock!’ I bellowed when he walked in today.

‘Your clock deserved to be cleaned!’ he bellowed back, with a loud Italian cackle.

Frankie is a magnificent life force; fit as a fiddle at 48, perma-tanned from winters spent in the Middle East and bursting with energy.

He puts the secret of his extraordinary success down to positive thought: ‘What I am thinking transmits through my arms into the horse, so I try to stay happy and eliminate negative things.’

‘Talking of negative things, you owe me a winning tip,’ I said, as the betting slips arrived.

‘Aubameyang for the first goal at 4/1,’ he replied. ‘Can’t fail at that price. He’s the human equivalent of Cracksman.’

In the fifth minute, Aubameyang burst through Chelsea’s defence as Lacazette crossed the ball, and missed an absolute sitter five yards from the goal.

Frankie looked at me and burst out laughing.

Frankie, who’d cost me another £500, guffawed again. ‘I don’t know what to say,’ he chuckled afterwards, ‘other than, how much more cleaning can your clock take?’

As Britain continues to spiral into the abyss of demented Brexit hysteria, with everyone spewing ever-greater dollops of rage-fuelled, ill-formed, faux-psychic, self-righteous nonsense at each other, thank God for one small bastion of honesty and common sense left in the country.

My local village pub, the Royal Oak in Newick, Sussex – where I have supped ale for 35 years – today posted an announcement on its Facebook page that said simply: ‘We’re a Brexit-free zone. We can’t talk about it because we haven’t got a clue what’s going on!’

Given that nobody else has a clue what’s going on with Brexit either, least of all our collectively useless politicians, nothing can be either ruled in or ruled out – including the possibility of another General Election and a subsequent Labour Government. If that happens, I will immediately quit Britain.

Not, as many others might, for reasons connected to a socialist-run economy. 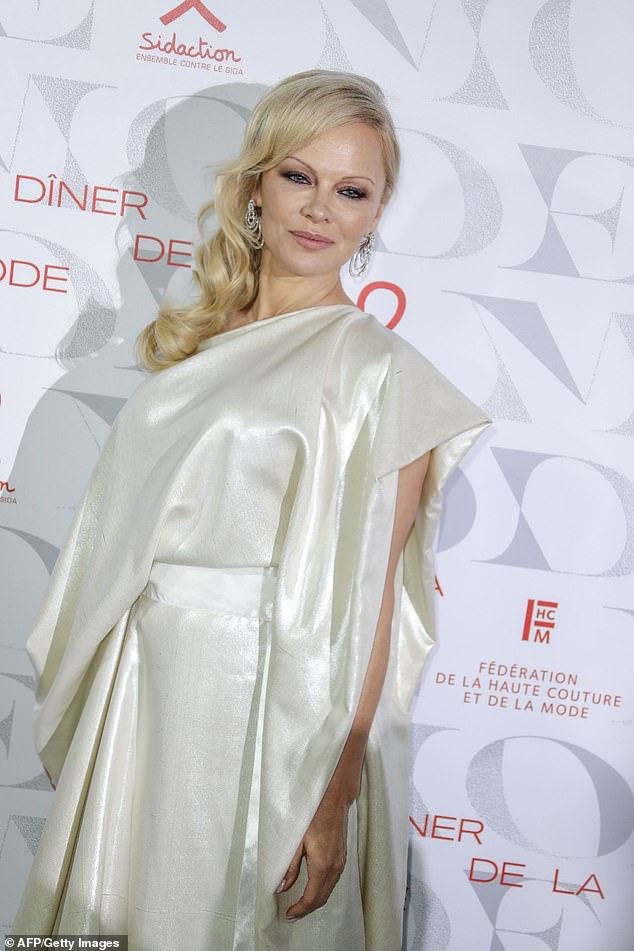 ‘My friend Pamela Anderson raised the virtue-signalling V-bar to absurd new heights by tweeting: “Vegans make the best lovers – it’s proven.” How do I DIS-prove her claim?’

But to save myself from being vaporised.

When I recently locked horns on Good Morning Britain with Shadow Chancellor John McDonnell about Labour’s very disjointed policy on nuclear weapons – they support renewing the £100 billion Trident missile programme but Jeremy Corbyn says they would never actually use it, thus eliminating any effectiveness as a deterrent – he angrily unclipped his microphone where he was standing and spat in earshot of our crew: ‘I wonder if you can nuke an individual TV presenter?’

I’ve so far spent most of 2019 tackling the new scourge of vegan terrorism.

The leaf-munching evangelists tend to make a lot of claims about the ethical purity of their meat-devoid lifestyle that crumble under the pressure of factual scrutiny.

‘We only eat almonds, avocado and bread, to save living creatures!’ they cry, seemingly oblivious to the fact that production of all these foodstuffs involves the mass slaughter of billions of innocent insects.

Of course, this is utter nonsense.

But how do I DIS-prove her claim?

After careful thought, it’s struck me there’s only way I can 100 per cent establish male meat-eaters are better lovers than male vegans: I’m going to have to make the ultimate sacrifice and show Pamela myself.

All in the name of scientific research, obviously.

Caught up with Alan Carr’s recent appearance on Desert Island Discs, in which he defended his ultra-camp TV persona by saying: ‘People say you have to represent gays on television. Of course I don’t. TV is a fantasy world! Are David Walliams, Simon Cowell and Piers Morgan the perfect representatives of heterosexuality? No!’

Well, actually Mr Carr, I am – yes. As for the other two… not so much.