As pilots, they are trained to be risk averse – especially mid-flight.

But one aviation expert has become an internet celebrity for the daring stunts he performs to capture the ultimate selfie.

Brazilian Daniel Centeno, 31, has dazzled Instagram users after he was spotted hanging out of the cockpit mid-air in a number of viral posts. 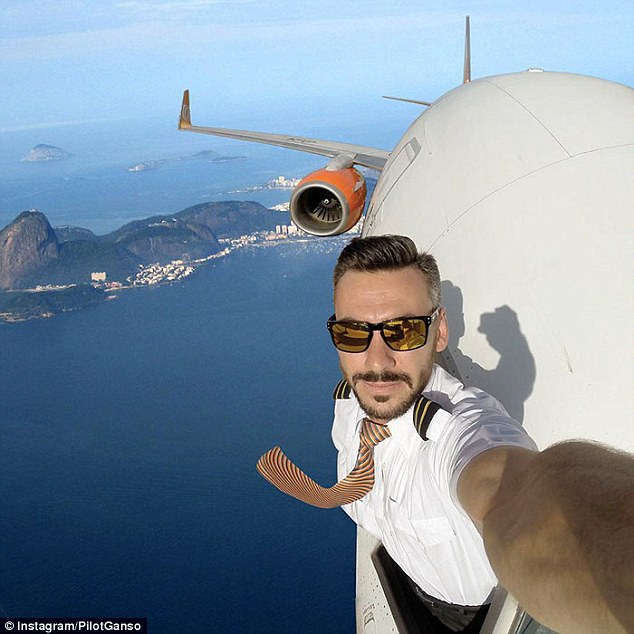 Bon voyage! One snap sees him depart the Palm Islands in Dubai and attracted 60,000 likes

One image, which has garnered more than 30,000 likes and 1,400 comments, sees him giving followers a thumbs-up as he departs from New York City.

Another, which has more than 60,000 likes and sees him depart the Palm Islands in Dubai, captures him using a selfie stick outside the cockpit at 30,000 feet. He captioned it: ‘It’s already my second hometown #dubai selfie.’

Thankfully, the snaps are the result of Photoshop, rather than reckless (and physically impossible) stunts.

Hilariously, a number of people failed to realise the creative element of his snaps, with one saying: ‘Wow…it’s a dangerous shot!’ while another added: ‘How come this does not effect the cabin pressure or like blow your face away because of the wind speed??!!’.

Another chimed-in: ‘Fake, because with pressure of air, hairs will also move and stick and camera cannot be hold with speed of plane’.

Clarifying this, Centeno himself has been forced to spell it out, posting: ‘I have to let you know that photo is fake guys, just in case.’ 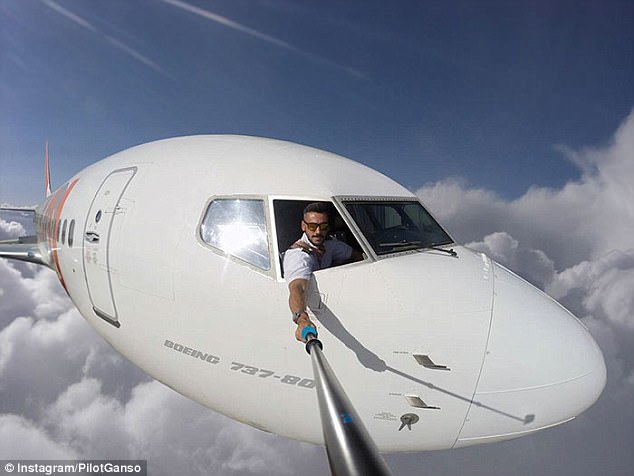 Impossible: Thankfully, the snaps are the result of Photoshop, rather than reckless (and physically impossible) mid-flight stunts 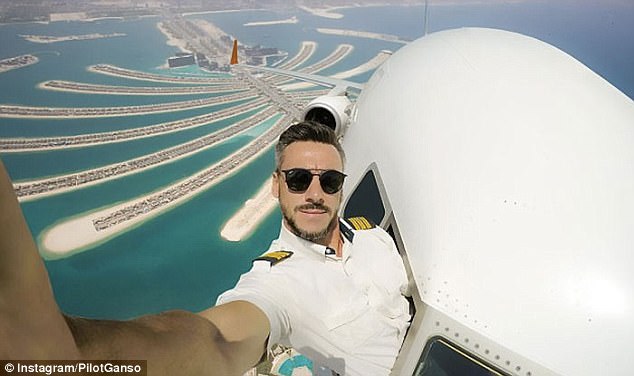 Picture perfect: Mr Centeno superimposes an aerial image over a selfie taken from outside the grounded plane

It’s not precisely clear how Mr Centeno manages to create the impressive shots, but it’s assumed he superimposes an aerial image over a selfie taken from outside the grounded plane.

That said, a genuine cockpit image shows him flying the craft with due diligence and concentration, while highlighting  his love of flying.

‘Getting paid doing what I love #avgeek #pilot #crewlife #aviation #goprophotograph’, he captioned it. 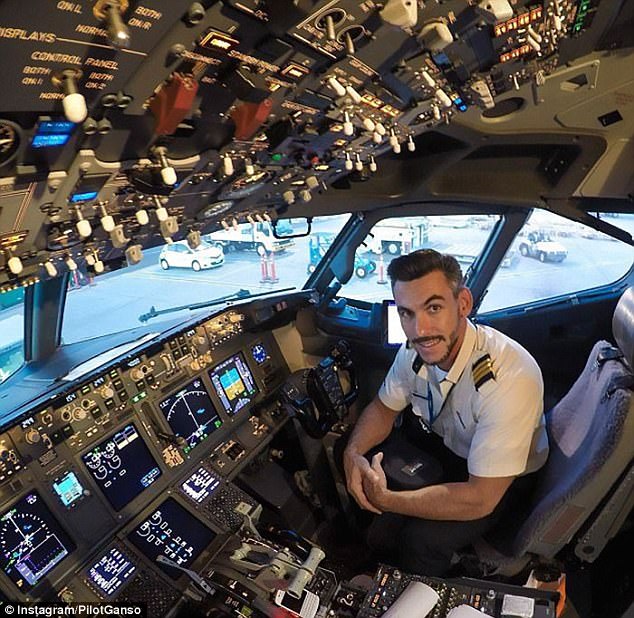 Oops! Hilariously, a number of people failed to realise the creative element of his snaps