British Airways pilots may be balloted over strike action in a dispute over pay.

Pilots’ union Balpa has recently rejected two separate new pay deals on behalf of its members who work for the British flag carrier.

Now the union has written to BA CEO Alex Cruz to warn him that it may put industrial action to the vote unless a breakthrough can be made.

The first pay offer was a one-year deal, which included a 0.5 per cent ‘one-off’ payment.

But Balpa claims that this amounts to less than a single day’s overtime payment for most of its members.

A second option was a two-year deal of a 2.5 per cent increase this year and one tied at RPI (Retail Price Index) in 2020, but capped at 2.3 per cent.

RPI was confirmed as being 2.5 per cent in January and February 2019.

But Balpa argues that RPI is forecast to rise above this level in late 2019. In a newsletter to members it said that it would rise to 2.7 per cent. At the time of writing it’s actually forecast to be 2.9 per cent.

Balpa argues, therefore, that the offer is below inflation for both years and amounts to a ‘real terms pay cut’. 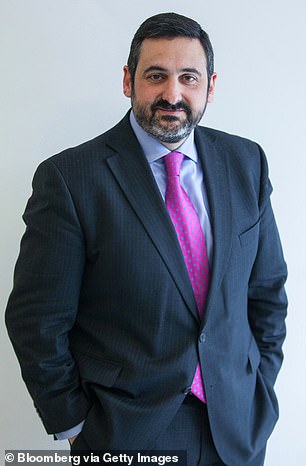 Balpa has written to BA CEO Alex Cruz, pictured, to warn him that it may put industrial action to the vote unless a breakthrough can be made

In the newsletter Balpa says that the airline is not listening to the concerns its employees have over pay.

It said: ‘Our senior management has a choice – to deny change is necessary and continue to use the same old tactics that fostered the current disengagement and disconnect, or to start to listen and address deficiencies in corporate strategy.

‘The pay and bonus offer to staff is in stark contrast to the large double-digit bonuses that many managers in IAG and BA received in 2018/19 pay.

‘Perhaps it is only necessary to motivate managers by rewarding them properly with a share in BA’s success?

‘We ask BA to engage with us and listen to our concerns by showing progressive leadership, vision and a true one-team approach. We believe we are not alone in our views and that many within BA management would welcome cultural change too.’

In the letter to BA CEO Mr Cruz, Balpa writes that the responses from BA over the pay dispute have been ‘unacceptable’ and that a possible strike ballot would be regrettable.

It explains: ‘It is with regret that pilot representatives are now forced to take steps to prepare for a possible ballot for industrial action over the current pay negotiation.

‘If future revenue is damaged, or our customers’ concerns about operational stability grow, responsibility for this must fall at the feet of British Airways and IAG senior management, who are seemingly unwilling to listen to employees.’

The letter urges the airline to invest in its staff if it wants to continue being successful.

It adds: ‘Continued success for BA will require investment in staff to go beyond social media, a new uniform and a lapel pin. 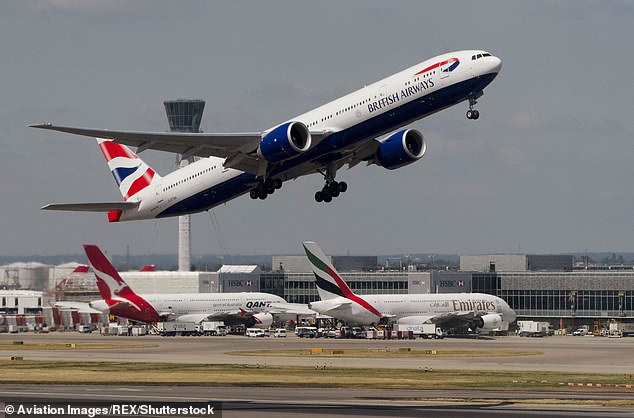 ‘Our position reflects that aspiration. Investment in new aircraft and innovative Club or First cabins represent little value if the frontline staff including pilots who deliver that product to our customers are not aligned with the company path.

‘We believe that other stakeholders, including all cabin crew would not disagree with this sentiment.

‘As employees, we utterly reject any notion that management goals and our goals are mutually exclusive. BA pilots accepted cuts to assist our company during the global financial crisis and adapted conditions to allow BA to grow.

‘When times were bad, we worked well together; however, now that times are good BA is failing to provide awards that share in the success of the company.

‘This strategy cannot be justified going forward. It is time the company acknowledged this. We are seeking these changes because the status quo is no longer acceptable to our members.’

Balpa said that the ballot for strike action will take place in the next two to three weeks if no progress is made.

A spokesman for British Airways said: ‘Our pay proposal is fair, reasonable and reflects typical pay awards given by other companies in the UK.

‘We continue open discussions with our trade unions.’