The 38-year-old singer is mother to 16-month-old son Jameson and has said that whilst the tot is ‘the most social baby’ she’s ever met, he can sometimes get a little aggressive, even resorting to using his teeth to bite his parents.

‘He’s a hilarious baby. With a temper. He bit me! I got bit yesterday for the first time in my whole life. I couldn’t believe it,’ she told People magazine on Wednesday.

Family facts: Pink opened up about the challenges of raising her family on Wednesday

‘Jameson is a hambone. He’s the most social baby I’ve ever met in my life. I’m trying to say, “Stranger danger!” And he’s like, “What?! Strangers are only strangers ’til they’re your friends.” she added.

The What About Us singer – whose real name is Alecia Moore – admitted she can be ‘tough’ when it comes to her children, but believes it makes them more ‘thoughtful’.

‘I’m a tough mama. I expect a lot. I have a high bar for myself and for others, and it’s not easy to be loved by me. But [Willow] gets it and she’s smart, and thoughtful because of it.’ 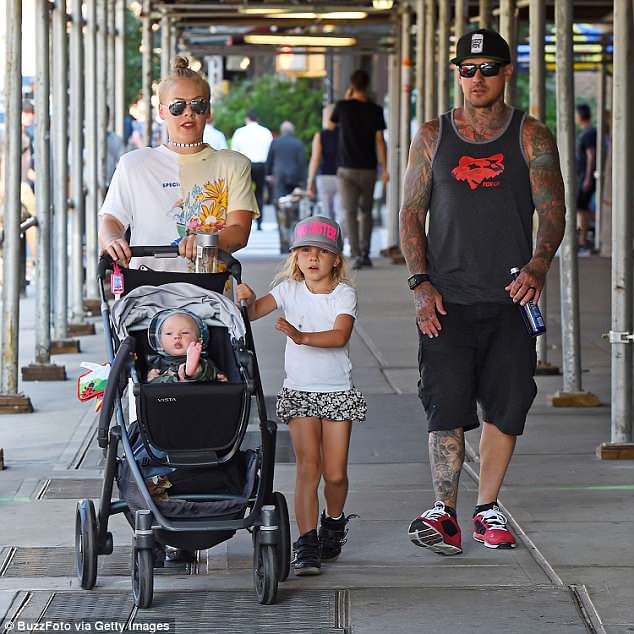 On top of being a somewhat strict parent, Pink also notes that she always tells the truth around her brood, even when it comes to heavy topics such as gender inequality.

‘I’m a truth-teller. I tell my daughter the truth. I let her be six, but I want her to know about fairness and kindness, and that you have to fight for your rights, and that sometimes girls aren’t paid as much as boys for the same job, and girls aren’t treated the same and that they have to work harder for everything.’

Pink also waxed on about raising her tots in a ‘label-less’ household. 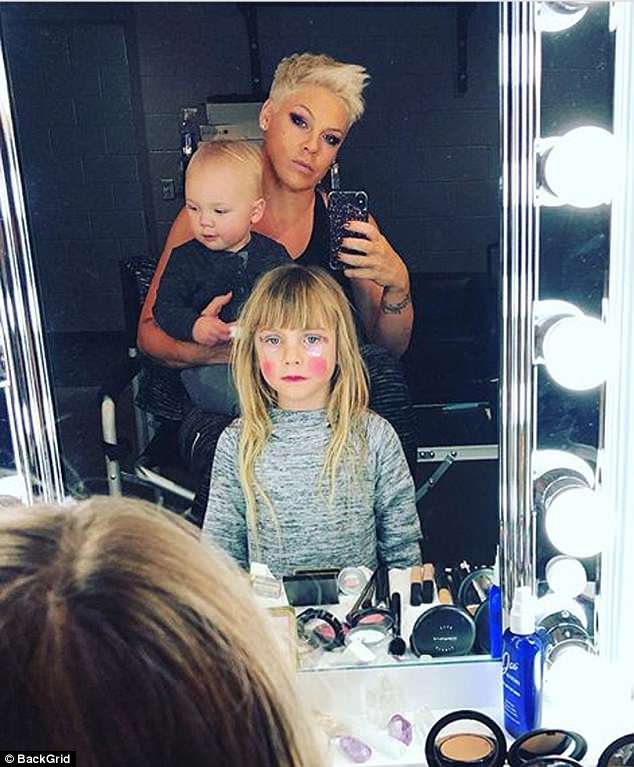 Funny toddler: ‘He’s a hilarious baby. With a temper. He bit me! I got bit yesterday for the first time in my whole life. I couldn’t believe it,’ she said on Jameson

‘So I have boys that flip dirt bags and I have boy friends that wear dresses. It’s all OK to me. It’s whatever floats your boat. So that’s the kind of house that we live in.’

Pink readily admits she ‘has so many worries’ as a mother, and although she knows her kids will be ‘fine’ because of their loving family, she is concerned about how they will thrive as they grow up in the world.

‘I have so many worries and fears as a parent. I’m such a worrier. They’re going to be fine. They chose this family. They know what they’re doing. But the world, I don’t know if the world’s going to be fine, and so I pray a lot. I cry a lot. I talk to them a lot. I hope a lot. I curse a lot.

‘I try not to take life too terribly seriously, we laugh a lot. It’s all about our family unit and time spent together, and much less about external stuff.’ 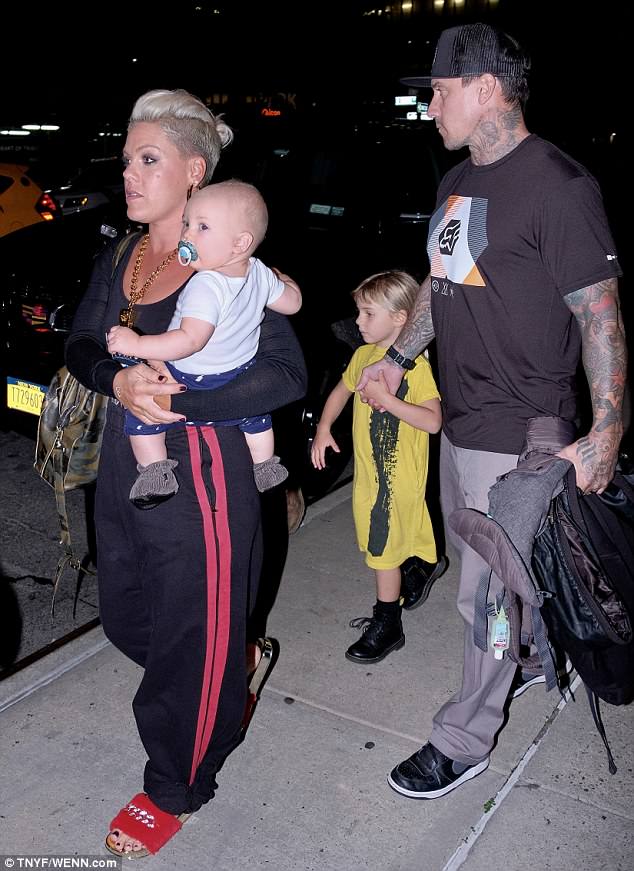 Tough love: ‘I’m a tough mama. I expect a lot. I have a high bar for myself and for others, and it’s not easy to be loved by me. But [Willow] gets it and she’s smart, and thoughtful because of it.’; (pictured 2017)