With 2018 just around the corner, experts are looking forward to the food and drink trends that are set to take off next year.

And it looks as if we will all be eating more vegan cuisine even if we don’t adopt a plant-based lifestyle, according to a new report by Pinterest.

The Pinterest 100 report, released today, reveals the top 100 trends for 2018, including what we will all be eating and drinking next year.

And it looks as if we will be turning into health conscious consumers, with protein coffees, dairy-free desserts, healthy air fryers and swapping chips for edamame beans all trending on the visual bookmarking website.

These are the food and drinks we will all be consuming in 2018, based on the vast increase in searches on Pinterest.

Vegan desserts are made without any dairy or eggs, such as this vegan strawberry cake

Veganism has become much more popular in the last few years, and brands are catching on, with more plant-based products than ever on shelves.

Now it seems foodies want to make their own vegan treats in the home, too, even if they don’t follow the lifestyle strictly.

Saves for ‘vegan desserts’ were up by 329 per cent this year, indicating that dairy-free treats may be more commonly on the menu in 2018. 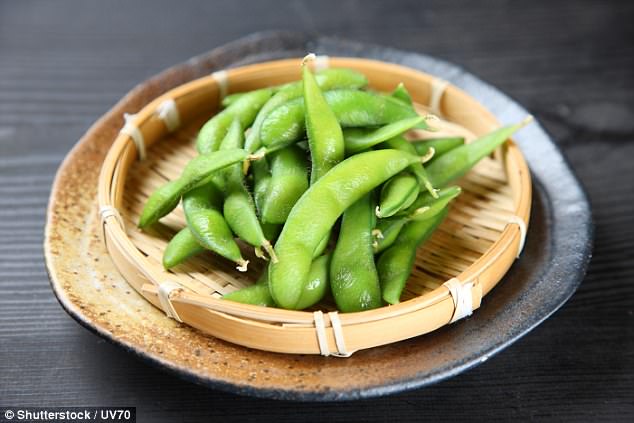 Say goodbye to plates of greasy but delicious fries and chips because in 2018, the go-to bar snack will be edamame beans and snap peas.

Snap pea crisps are the latest trendy alternative to unhealthy crisps, so we could well be swapping a packet of salt and vinegar for the lower-fat option too.

Searches of snap peas on Pinterest have soared by 273 per cent this year, implying they are on the up.

Forget about getting your intake of protein from meat, as we’ll be consuming more plant proteins in 2018.

Lentils, hemp and quinoa all pack a nutritional punch and contain plenty of protein to ensure vegans don’t get deficient.

Saves of plant proteins rose by 417 per cent this year. 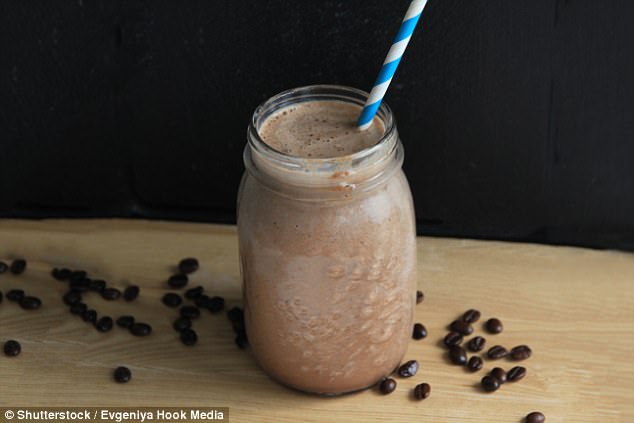 Adding protein powder to drinks was one of the biggest trends of 2017, and in 2018, we’ll be even adding it to our coffees.

Whether cold or hot, it’s thought that consumers will want more ‘healthy coffees’ next year as the term was saved 218 per cent more than last year.

Turmeric lattes and adding superfood powders such as maca to our morning brew will all be popular in the New Year, it’s said.

Apparently we’ll all be making batches of homemade soups next year, perfect for the cold weather.

They’re super healthy, contain several of your five-a-day and are low in calories, so they’re the perfect meal for the health-conscious foodie.

Saves of souping went up by 306 per cent this year. 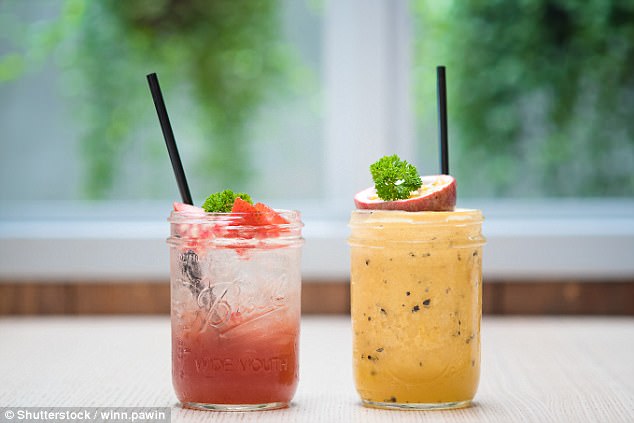 Mocktails, such as these strawberry and passion fruit non-alcoholic beverages, will be all the rage next year as consumers cut down on alcohol

January is traditionally a month where we abstain from alcohol after the boozy festive season but it seems that more and more people want to cut down on alcohol all year round.

Saves of mocktail recipes were up by 147 per cent this year, implying we could be ditching the booze in favour of fruity soft drinks instead in 2018. 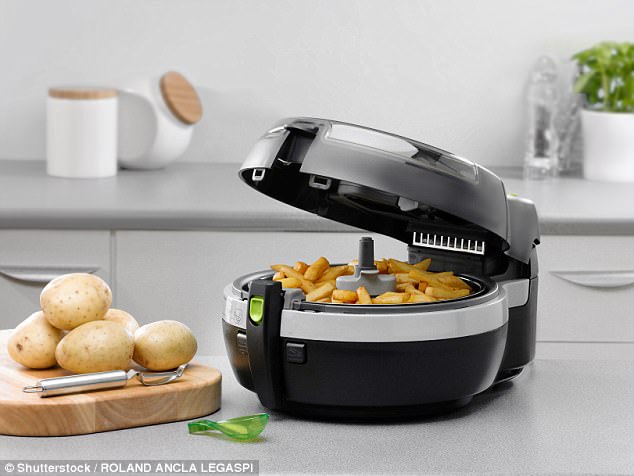 Continuing the theme of health conscious ways to eat and drink, another trend set to take off in 2018 is air frying.

These machines claim to take the fat out of frying and provide a lighter way to cook dishes such as fries and roasts.

Air fryers have been saved on Pinterest much more this year, with a whopping 1,809 per cent increase. 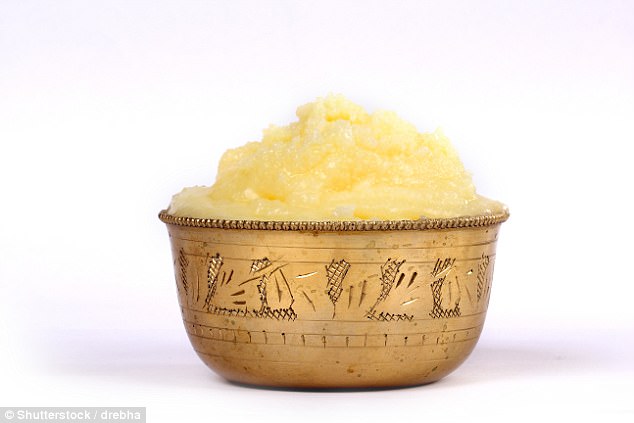 Despite most of the new food and drink trends for next year being focused around health, ghee has made Pinterest’s list.

Saves of the clarified butter, which is often used in Indian cooking, have shot up by 155 per cent.

The lactose-free ingredient tastes rich and nutty, and adds flavour to any dish. And Pinterest predicts we’ll be using a lot more of it in our kitchens next year.