Pioneering journalist Caroline Jones, who died at the age of 84 this week, is being remembered as a ‘gracious and wise soul’, and a ‘warrior for women’ who gave up having children to build a ‘gold standard’ career.

Ms Jones, best known as the host who set the standard for the current affairs show Four Corners, died after a fall at her Greenwich home in Sydney.

Tributes flooded social media on Friday and Saturday for the Jones, who was overwhelmingly remembered as an outstanding reporter, and a woman of rare generosity and passion for her craft.

Canberra journalist Emma Macdonald with Caroline Jones, who passed away this week aged 84 after a fall 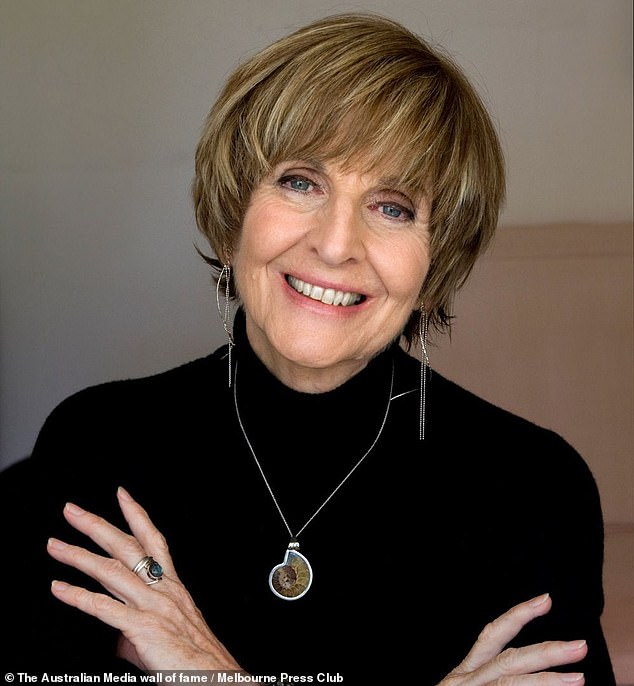 Pioneering journalist Caroline Jones, who died at the age of 84 this week, is being remembered as a ‘gracious and wise soul’, and a ‘warrior for women’ who gave up having children to build a ‘gold standard’ career

She was especially a champion for women and a big supporter of the Australian Matildas football team.

The group Women in Media printed one of her quotes on a t-shirt that read: ‘I know there is a special place in heaven for women who help other women.’

Several female reporters revealed on social media that Jones had personally contacted them to congratulate them on their work.

‘She once emailed me out of the blue to compliment a story I did. THE Caroline Jones! Couldn’t believe it,’ said Sydney-based Queenslander Isabel Roe. 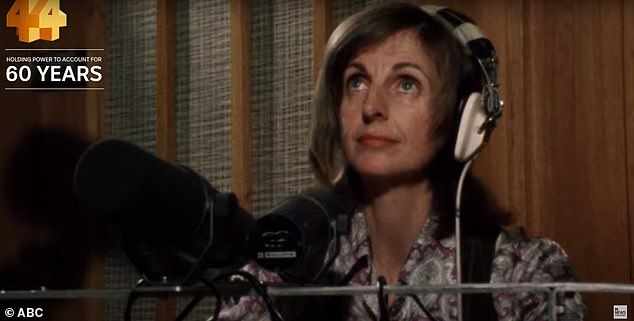 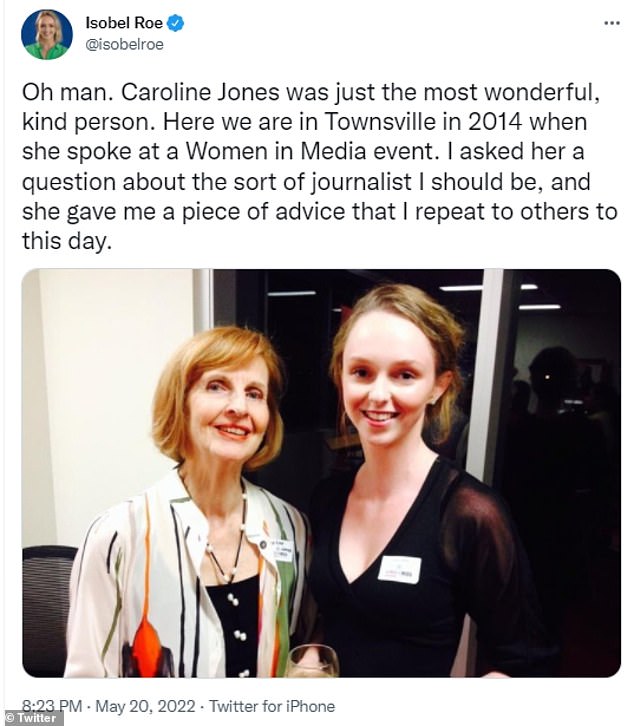 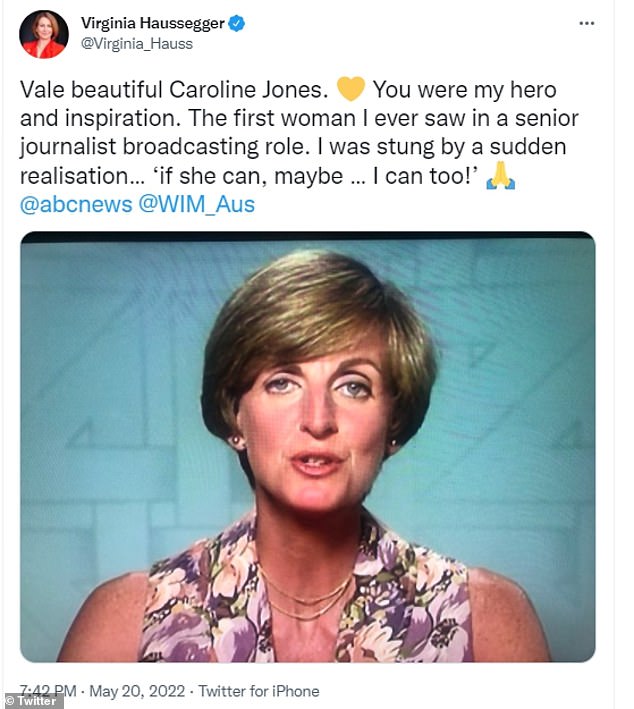 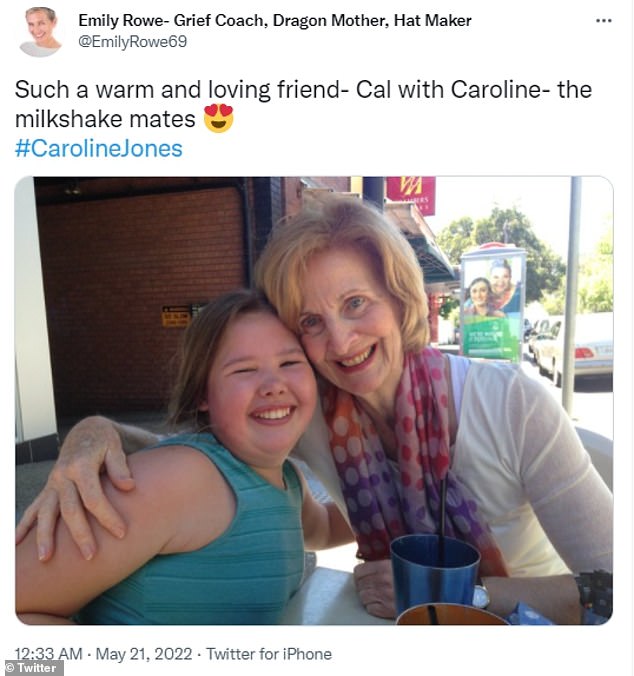 ‘I saw her at an event just a few weeks ago. What a shock. Thank you for everything you’ve done Caroline.’

Former ABC managing director Mark Scott called her ‘a giant of Australian journalism’, while Lisa Wilkinson said she was ‘a pioneer in particular for generations of female journalists’ and became ‘the gold standard’.

Her last social media post was a cheeky joke at the expense of Vladimir Putin.

Sky News’s Helen Dalley said she was ‘a legend of journalism’ and ‘a beautiful person who was still so engaged, articulate and curious about the world and community around her’.

Several politicians also issued tributes, including North Sydney MP Trent Zimmerman who noted, ‘She never missed the opportunity to give me advice when we saw each other out and about’. 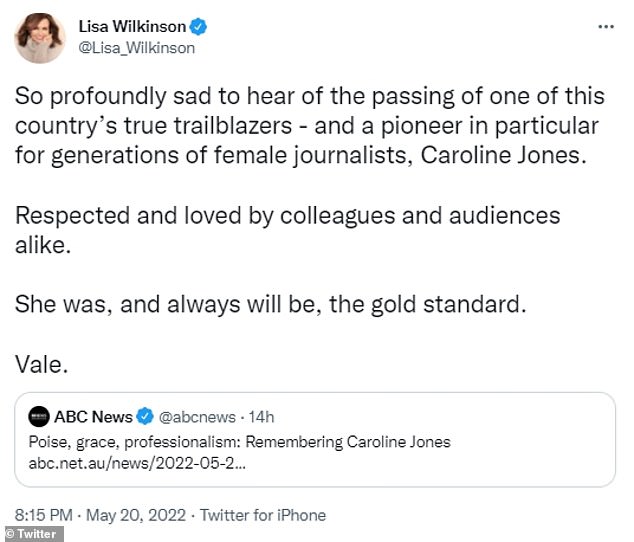 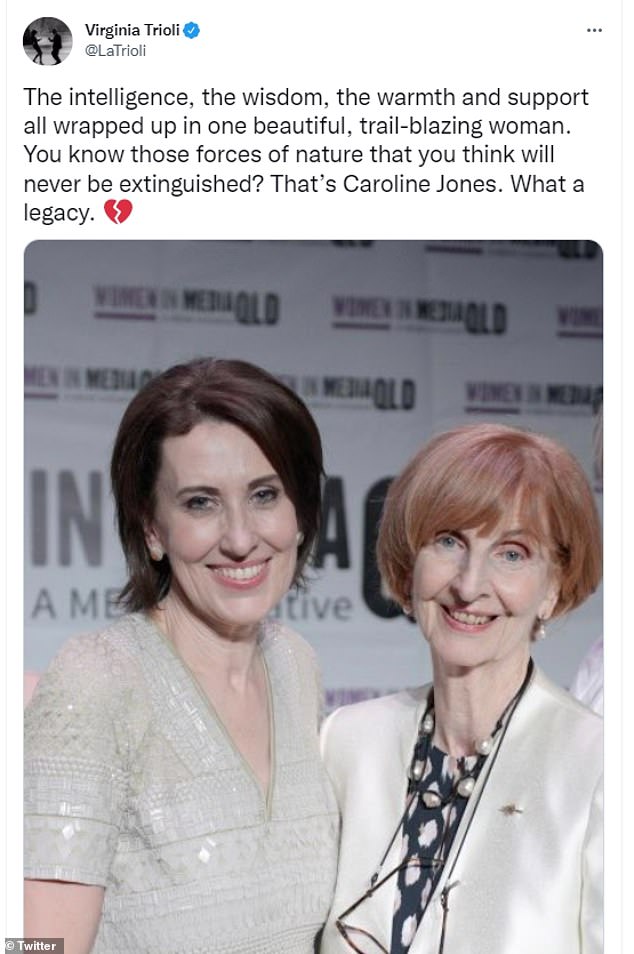 An only child, Ms Jones was raised in Murrurundi in the Upper Hunter region of NSW.

Ahead of her debut hosting the ABC’s flagship news program in 1972, a newspaper clipping noted ‘girl will take over Four Corners’.

On a publicity tour for the show, Ms Jones was photographed in a mini skirt applying makeup and a male reporter wrote ‘she smells very feminine’.

A reporter for the Daily Telegraph wrote ‘The Jones girl does not particularly appeal to me as a sex symbol’ at the time.

In her first year she won one of Australia’s top television awards, a Logie, for her  investigation of inner-city slum landlords.

In 2013 she won a Walkley Award, for Outstanding Contribution to Journalism, and in 2021 she was entered into the Australian Media Hall of Fame.

She was married twice but told the Newcastle Herald, ‘I chose not to have children’. 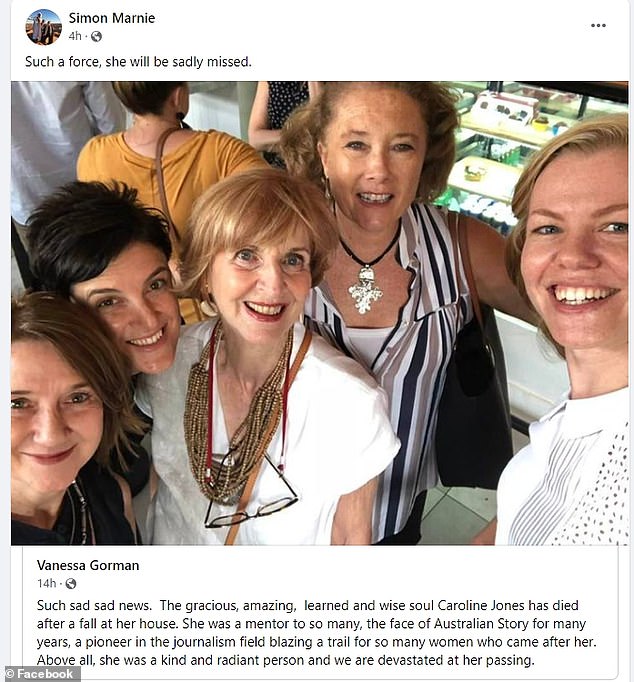 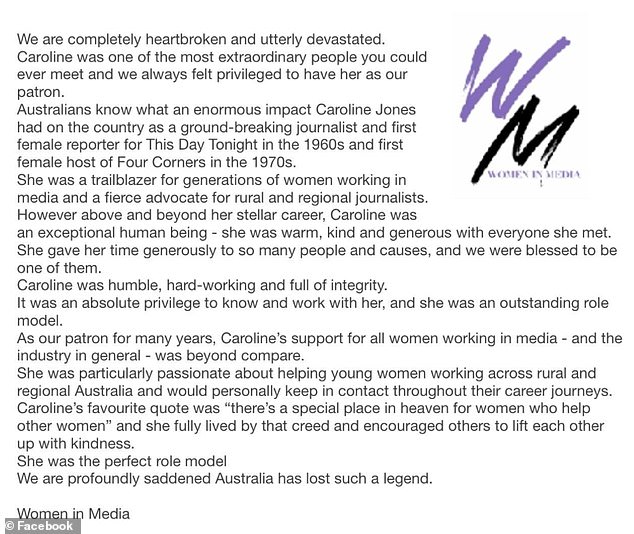 Ms Jones worked for the national broadcaster for 53 years, beginning as a reporter in Canberra in 1963, before moving to Sydney television as a reporter on This Day Tonight in 1967.

From 1987 to 1994 she presented a spirituality-focused ABC radio show called The Search for Meaning which including people telling their life stories.

In 1996, aged 58, she returning to top-rating television, hosting Australian Story until 2016. When she left, she stated she wouldn’t be retiring. 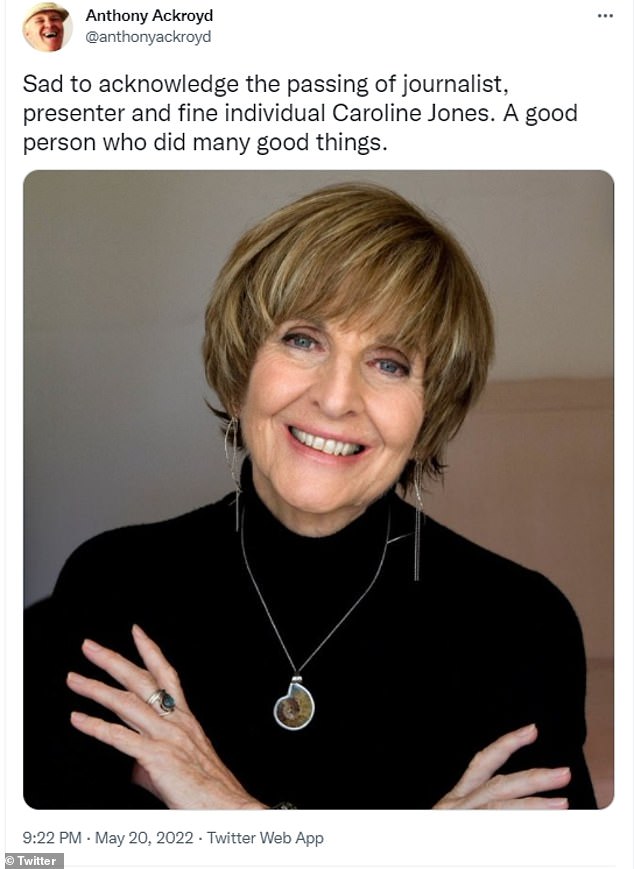 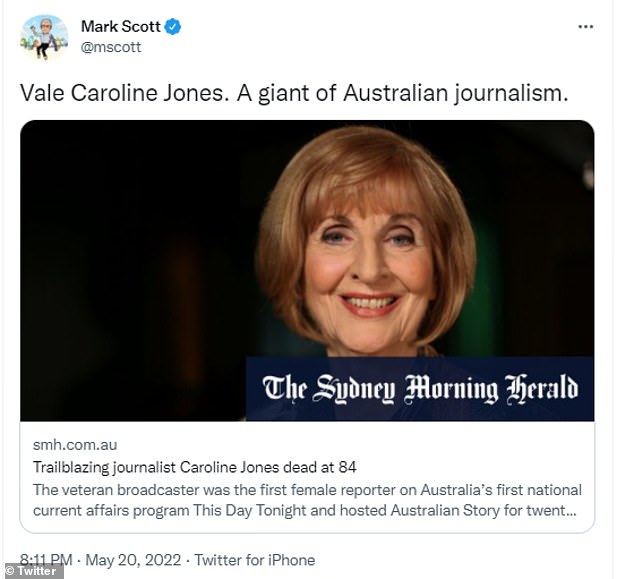 Into her seventies Jones travelled from her home to western Sydney to teach children to read and championed the work of fellow female journalists into her eighties.

She remained dedicated to the ABC even after leaving, continuing to promote Four Corners and Australian Story on social media.

‘It’s with great sadness that we announce that Caroline Jones, our dearly loved presenter of Australian Story for many years, has died.

‘Caroline passed away after a fall at her Sydney home. She was 84.

‘Caroline’s contribution to Australian Story is immeasurable. The program wouldn’t be where it is today without her.

‘As a team we are remembering Caroline’s grace, warmth, and utter professionalism.

‘Even after her retirement, she would regularly make contact to cheer us on from the sidelines.

‘And she always promised she would do one last introduction for us.

‘Caroline was a pioneer in journalism, a trailblazer for women.’