Pip Edwards and Michael Clarke split after less than a year

The fairytale is over for Australia’s top glamour couple, with fashion icon Pip Edwards and cricket legend Michael Clarke calling time on their whirlwind romance.

Pip and ‘Pup’ are understood to have split in recent weeks, less than a year after the celebrity pair went public with their relationship.

Edwards, 41, and Clarke, 39, were inseparable for much of their romance, but neither has featured on the other’s Instagram since Australia Day – the same day the fashion designer landed herself in hot water for an unfortunate social media post.

When contacted about their split on Friday, Edwards told Daily Mail Australia: ‘I have no comment, no comment at all.’

Sources close to the pair said while they have gone separate ways, they remain good friends and the split is ‘amicable’. 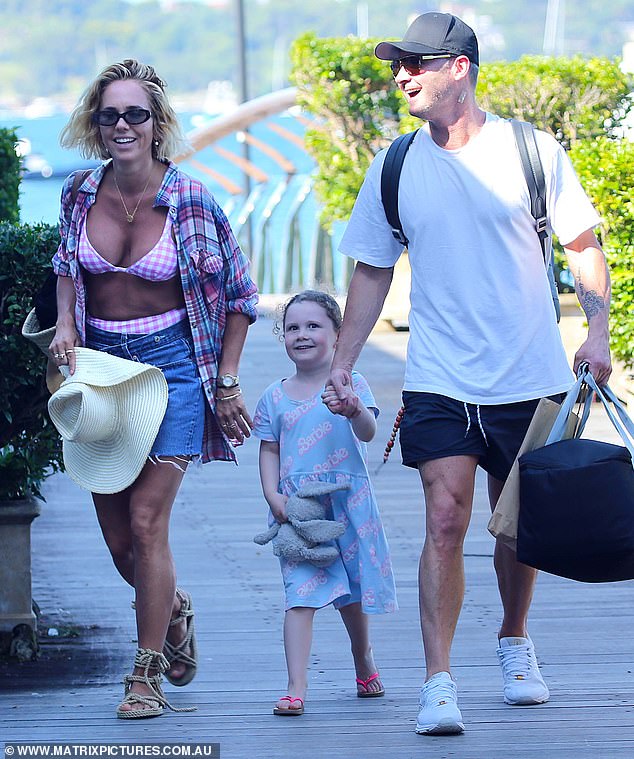 In happier times: Pip and ‘Pup’ are understood to have split in recent weeks, less than a year after the celebrity pair went public with their relationship (Edwards and Clarke are pictured with the cricketer’s daughter, Kelsey Lee)

They had been friends for more than a decade before that, but grew close working on a fashion project together.

Just weeks ago Edwards stood by Clarke’s side as he was awarded an Order of Australia (AO) for his service to cricket.

Edwards and Clarke came together both with children from previous relationships.

The glamour couple were recently estimated to have a combined fortune of close to $50 million.

Edwards’ brand P.E Nation is one of Australia’s leading sports wear labels, while after a cricket career few have rivaled, Clarke has made millions in endorsements and very astute investments. 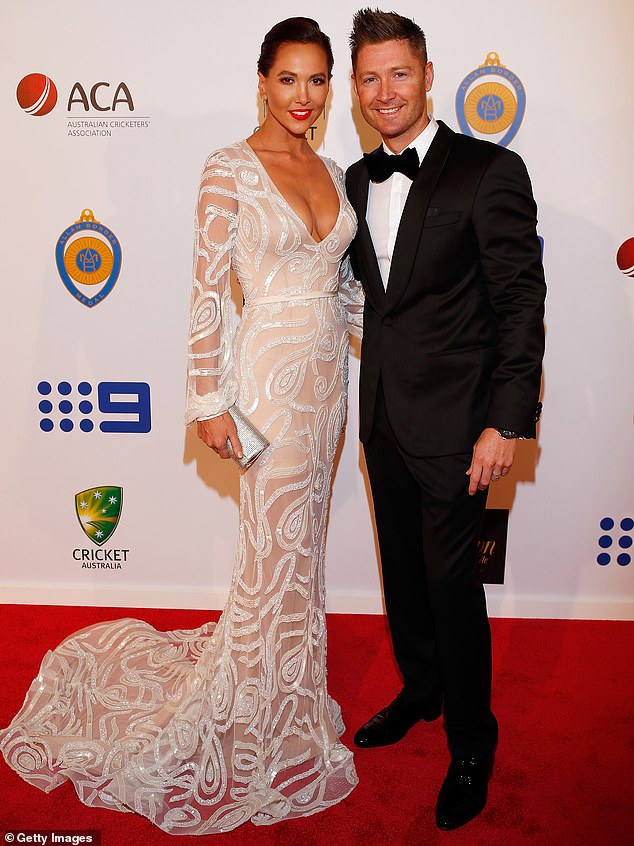 Clarke split with wife Kyle (left) last February, after seven years of marriage, saying they were committed to ‘co-parenting’ their daughter 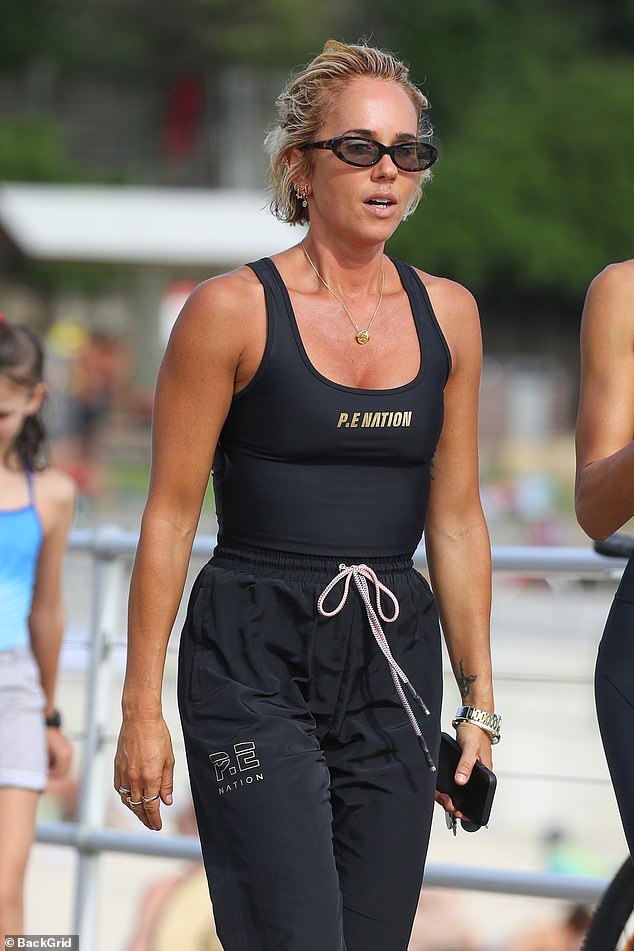 When contacted by Daily Mail Australia on Friday, Edwards said: ‘No comment, no comment at all’ (She is pictured walking along the Bondi Beach foreshore with a friend on Thursday) 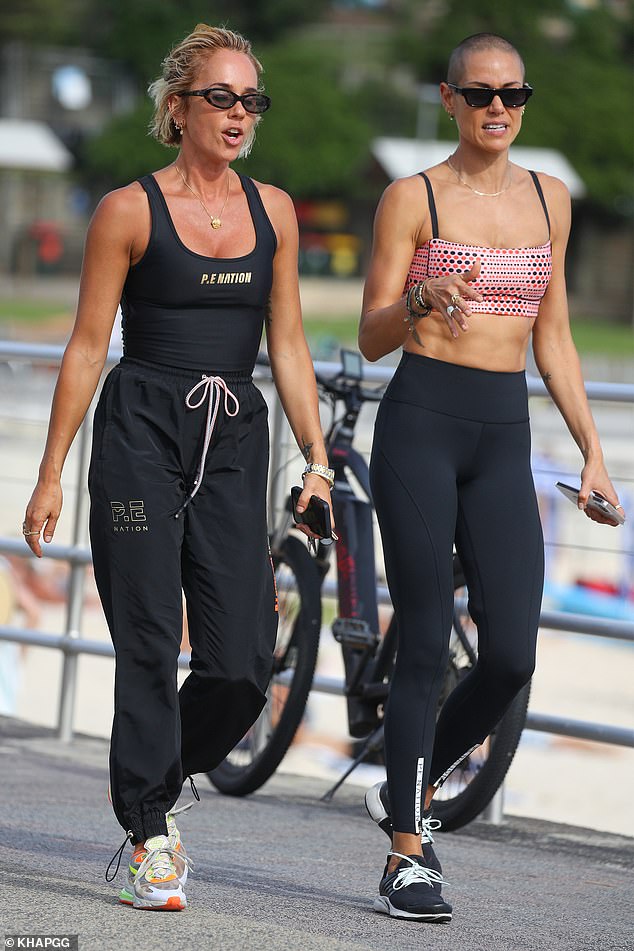 A day before news broke of their split, Edwards was seen out walking through Bondi with close friend Leah Simmons

A day before news broke of their split, Edwards was seen out walking through Bondi with close friend Leah Simmons.

Dressed in her own fashion label, she chatted fiercely with the pilates instructor as they walked along the concrete strip.

Edwards has been laying low since Australia Day when she caused controversy over a party she attended that featured an upside down Aboriginal Flag.

The fashion label founder posted photos of the upside down flag to her Instagram in a move that she later apologised for.

‘I want to express my sincere apologies to those that I have offended,’ Pip told her social media followers.

‘My intentions were always from a good place, in support of all people, wanting unity and community in this country and globally. 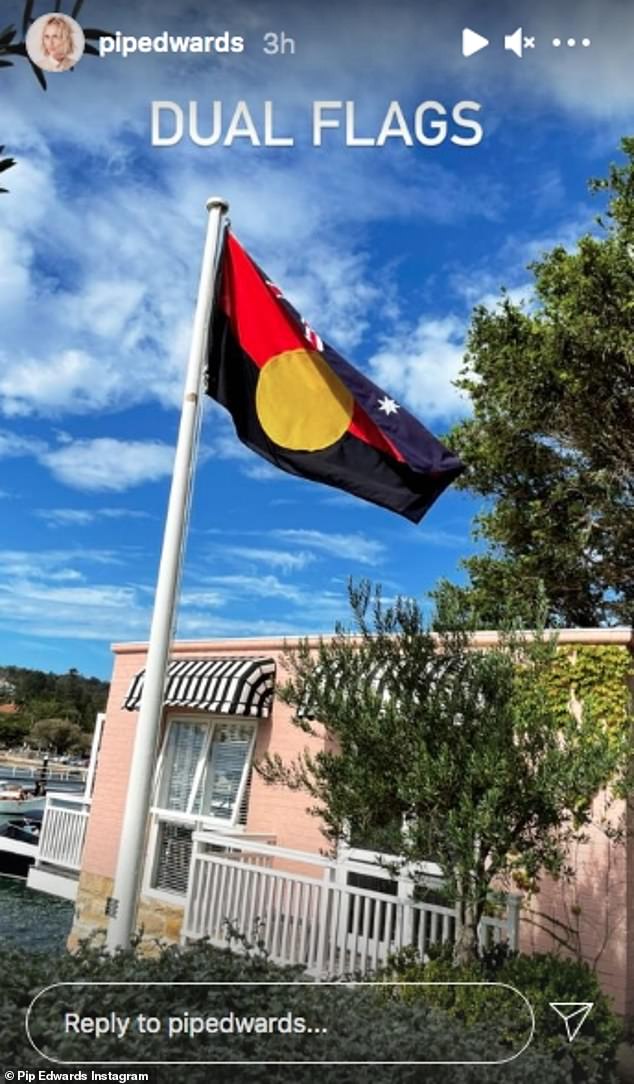 ‘I innocently did not realise’: Edwards posted this photo from an Australia Day party where the Aboriginal flag was hung upside down 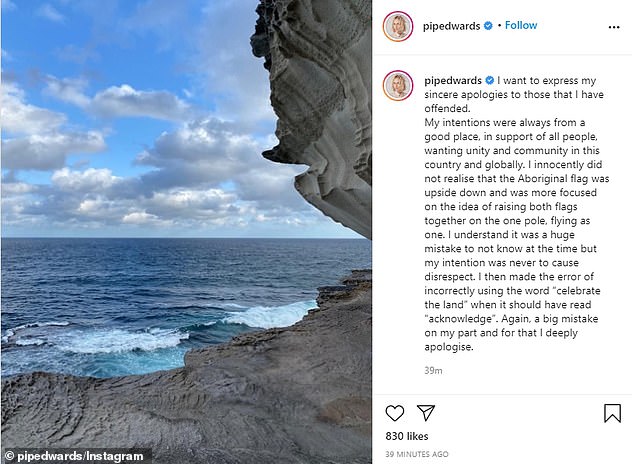 ‘I innocently did not realise that the Aboriginal flag was upside down and was more focused on the idea of raising both flags together on the one pole, flying as one. I understand it was a huge mistake to not know at the time but my intention was never to cause disrespect.’

Clarke and ex-wife Kyly kept their separation quiet for several months before she put a statement on instagram saying their priority was their daughter.

‘After living apart for some time, we have made the difficult decision to separate as a couple, amicably,’ Kyle said.

‘With the greatest of respect for each other, we’ve come to the mutual conclusion that this is the best course for us to take while committed to the co-parenting of our daughter.’