Last dash to the shops! Pippa Middleton cuts a casual figure in velvet blue jeans and white trainers as she runs errands in London before England’s lockdown

Pippa Middleton cut a casual figure as she was spotted running errands in central London on Tuesday.

Kate Middleton’s sister, 37, who donned velvet blue jeans, which she paired with white training shoes featuring stars on their soles, looked busy as she engaged in conversation on her mobile phone.

Wrapped up from the cold, she donned a royal blue duffel coat which featured large pocket detail, and could be seen clutching a large white envelope.

Pippa, who was spotted among shoppers, may have been making a last minute dash for gifts before England’s lockdown comes into force on Thursday, 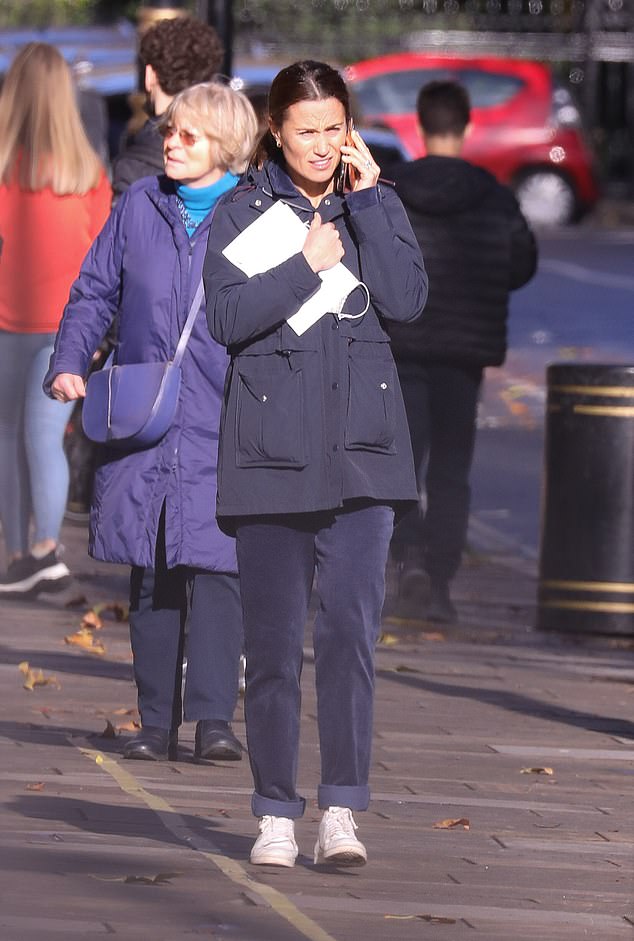 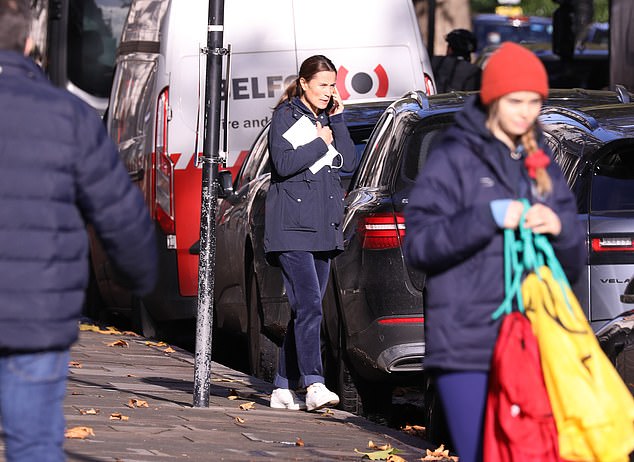 The Duchess’s sister, who rolled up the bottom of her jeans to add to her laid-back look, kept her accessories to a minimum.

Pippa, who wore her brown hair scraped back into a loose, low ponytail, added a pair of dainty silver earrings to complete her relaxed ensemble.

The mother of one kept her makeup minimal, adding just a touch of blusher and a nude-coloured lip.

Pippa is frequently spotted out with her son Arthur, who turned two on October 15, and is often dressed in traditional ‘aristocratic’ attire, resembling outfits worn by Prince George, seven, 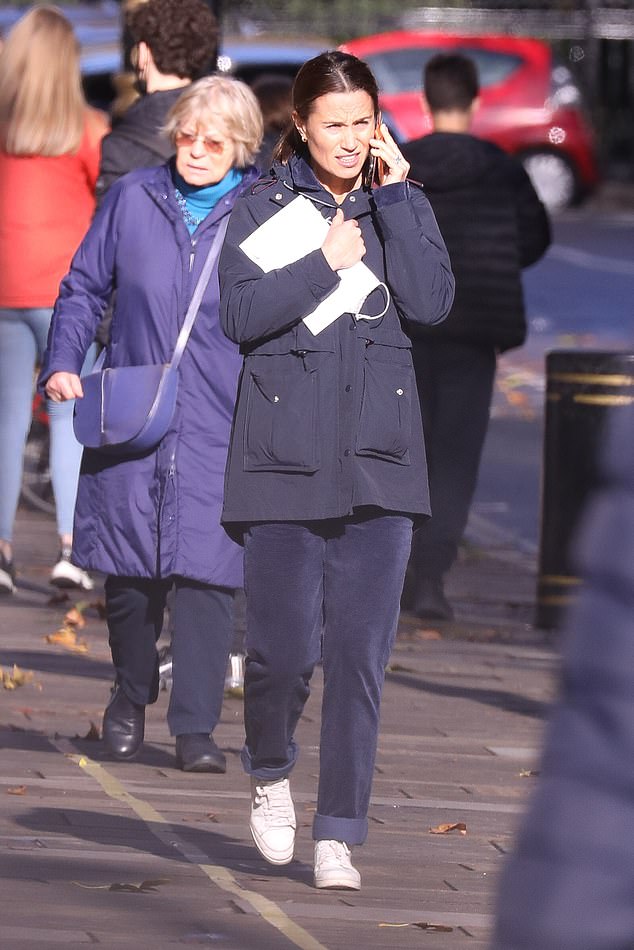 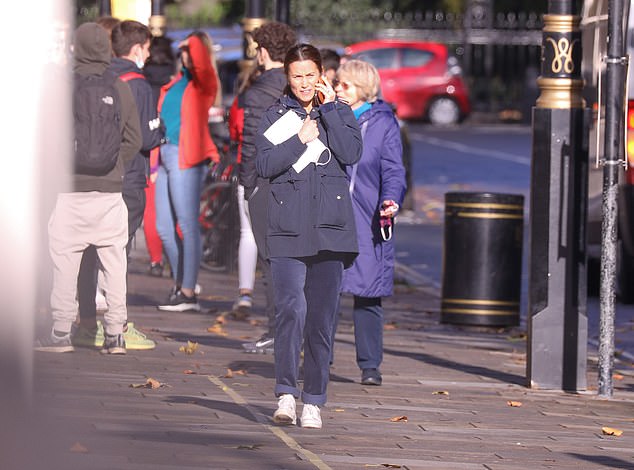 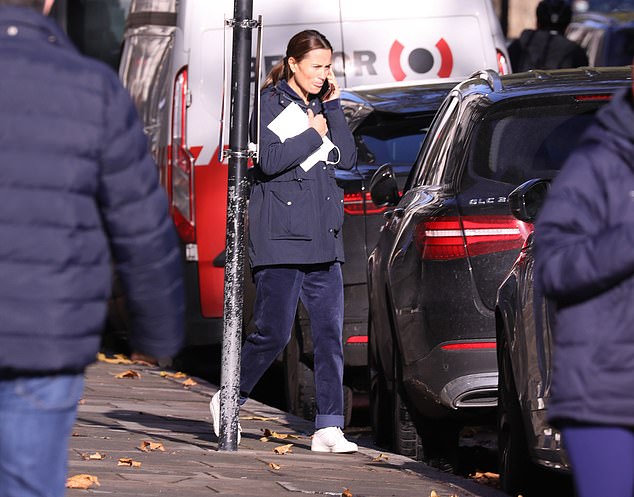 Pippa could be seen holding her mobile in one hand, and a large white envelope in the other as she strolled up the street 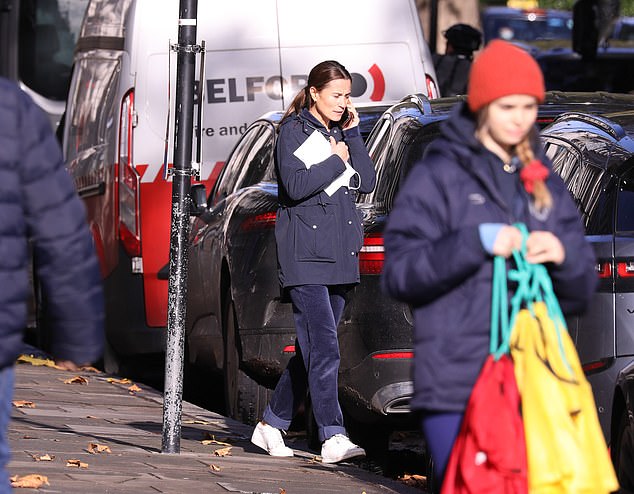 Previously, MailOnline’s etiquette expert William Hanson told Femail that Kate put her son exclusively in shorts as it’s an aristocratic way to dress, harking back to the times of ‘breeching’, when boys would wear shorts until the age of 8, when they had a party to celebrate the move into trousers.

With his blue shorts just above the knee – a favourite look within the royal family – Pippa dressed him in a patterned woolly jumper and buckled shoes.

Despite her high-profile sister, Pippa has chosen to raise her son out of the spotlight and has not yet made any public outings with baby Arthur.

Arthur, who was born in October 2018, is Pippa’s only child with husband James Matthews. 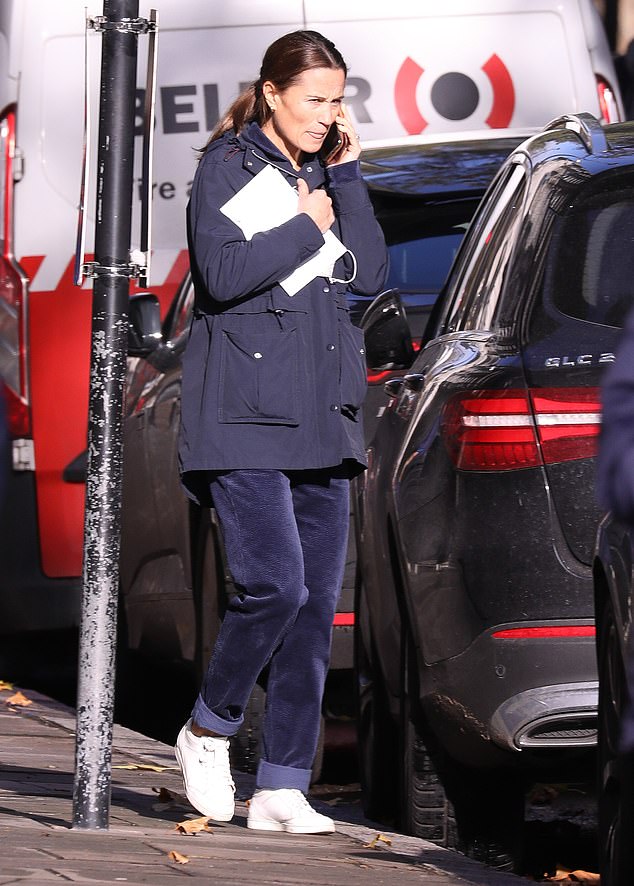 Pippa, who is usually spotted out and about with her son Arthur, two, was on a solo outing today 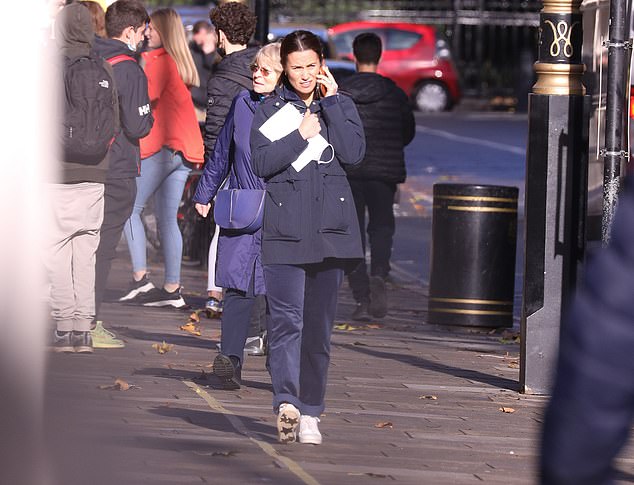 Kate’s sister opted for a laid-back look, with her white trainers featuring a star pattern on the bottom of the soles as she run errands