Earlier this summer the Duchess of Cambridge gave her look a major shake up with a shorter hairdo and it seems her new image has inspired her younger sister.

Pippa Middleton, 34, has been spotted out and about on her bike with a new shoulder length bob, after previously sporting longer locks flowing well past her shoulders.

With her wedding out of the way, it’s left Pippa free to experiment with a new look after keeping her hair longer for an updo on the big day.

Kate’s little sister looked casual for her outing, keeping it low key in dark skinny jeans and a checked shirt.

Despite the dull day, she covered her eyes with a pair of tortoiseshell sunglasses, clearly hoping to hang on to the last remnants of summer.

Pippa Middleton, 34, revealed a new shorter hairdo as she went for a bike ride in London, following in the footsteps of her sister Kate who’s also opted for a bob style

The fitness fan teamed her outfit with a pair of white Adidas trainers and a burgundy bag, which she carried in the basked on her bike.

Since her lavish wedding to James Matthews in May, Pippa has turned her attention to planning her future, including closing the company that manages her publishing activities.

She took the first step in the process of shutting down PXM Enterprises by filing an application to have it struck from the register at Companies House just four years after its incorporation. 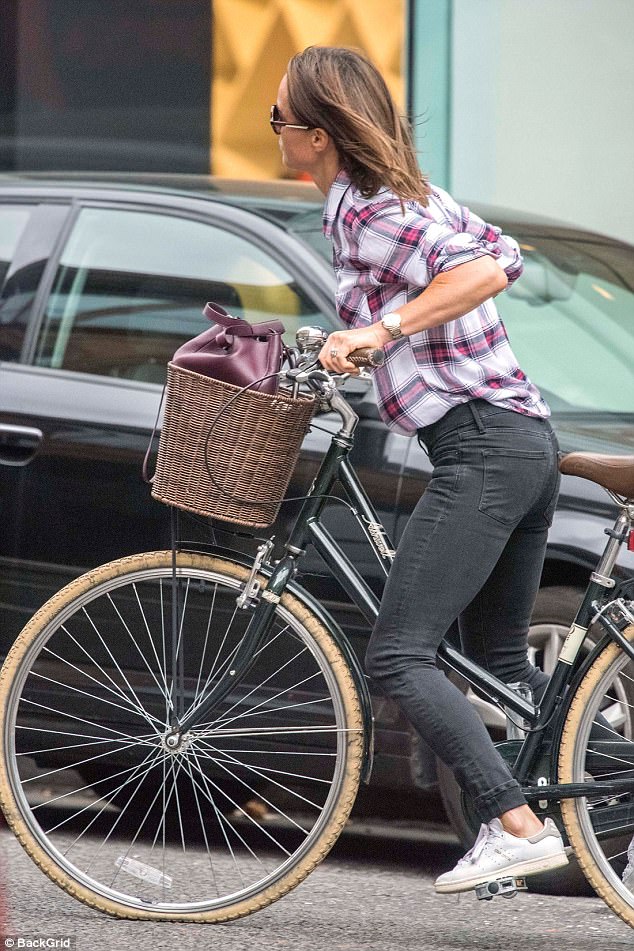 Last month she filed documents which confirmed that she was the company’s sole shareholder.

It’s unlikely Pippa will be short of ways to occupy herself, as she has a long history of completing gruelling fitness challenges and is also an ambassador for the British Heart Foundation.

She will also be on hand to help her sister the Duchess of Cambridge, who is currently battling Hyperemesis Gravidarum during her third pregnancy. 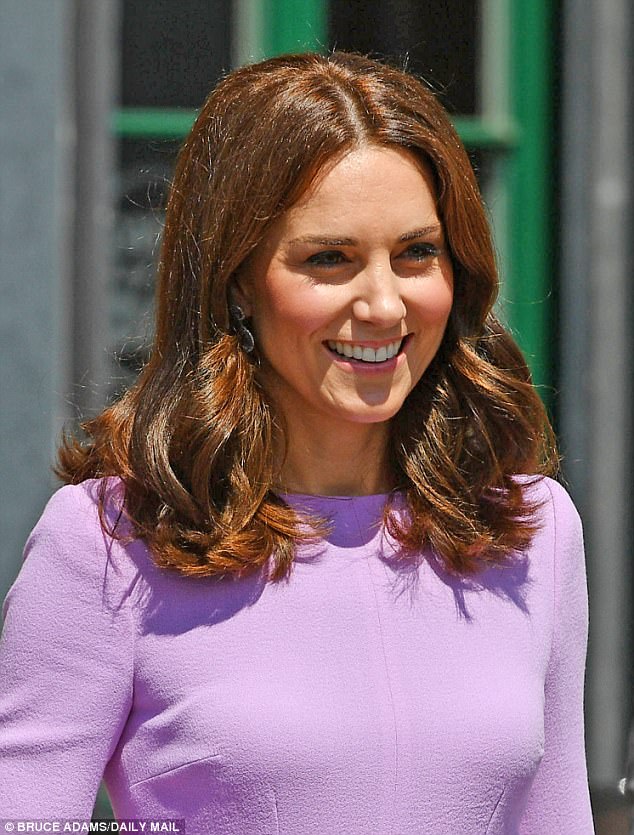 The Duchess of Cambridge, 35, has also unveiled a new shorter hair do 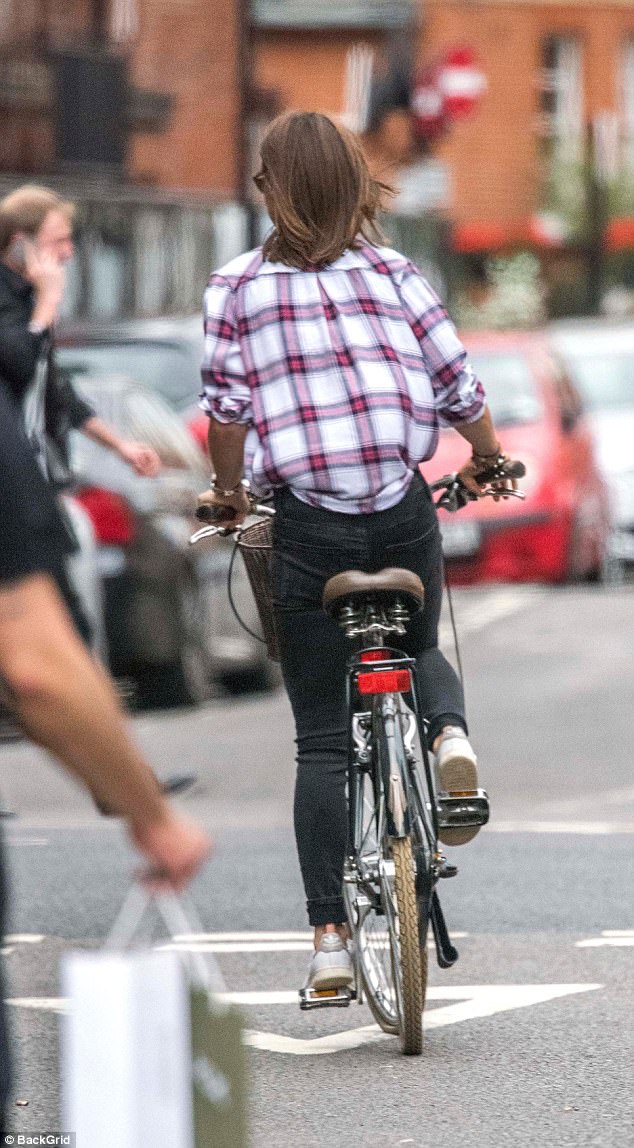 Pippa, 35, looked casual as she rode her bike during a shopping expedition in London