Pippa spotted with her brother and husband in London

She has settled into a life of domestic bliss since tying the knot last year.

But Pippa Matthews enjoyed a night on the town this week as she joined her husband and brother for dinner in London.

Camera-shy Pippa, who appeared to be wearing a dark jacket, ducked behind her husband in the front seat while her 30-year-old brother took the wheel.

Camera-shy Pippa hides behind the front passenger seat as she joins her husband James (right) and brother James (left) for dinner at Dishoom in Kensington, London The Kensington eatery is a popular haunt of celebrities and just a stone’s throw from the couple’s £17million mansion in Chelsea.

Its menu is inspired by the old Irani cafés of Bombay (now Mumbai) and features dishes including Massala prawns, paneer tikka and sheekh kabab.

Pippa was last spotted out and about in London on Friday taking her Cocker Spaniel Rafa and her husband’s black Labrador for a walk near her home.

The one-time author has shied away from the limelight since the knot with banker James, 40 in a church ceremony in Berkshire.

Prince Harry, Roger Federer and the Duke and Duchess of Cambridge were among the great and the good of the guest list. 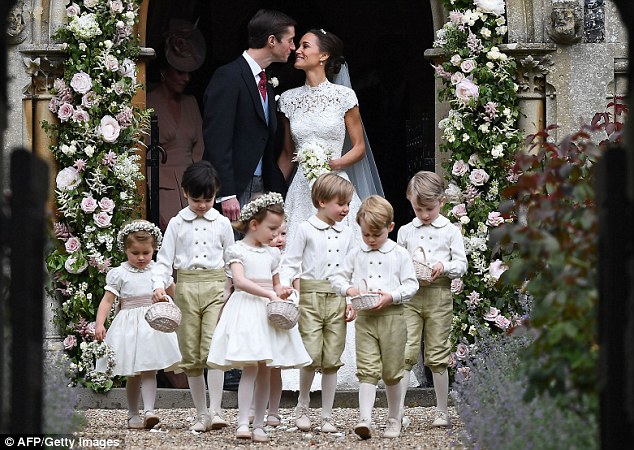 Pippa’s moment in the spotlight: The one-time author has shied away from the limelight since the knot with banker James, 40 in a church ceremony in Berkshire last May (pictured) 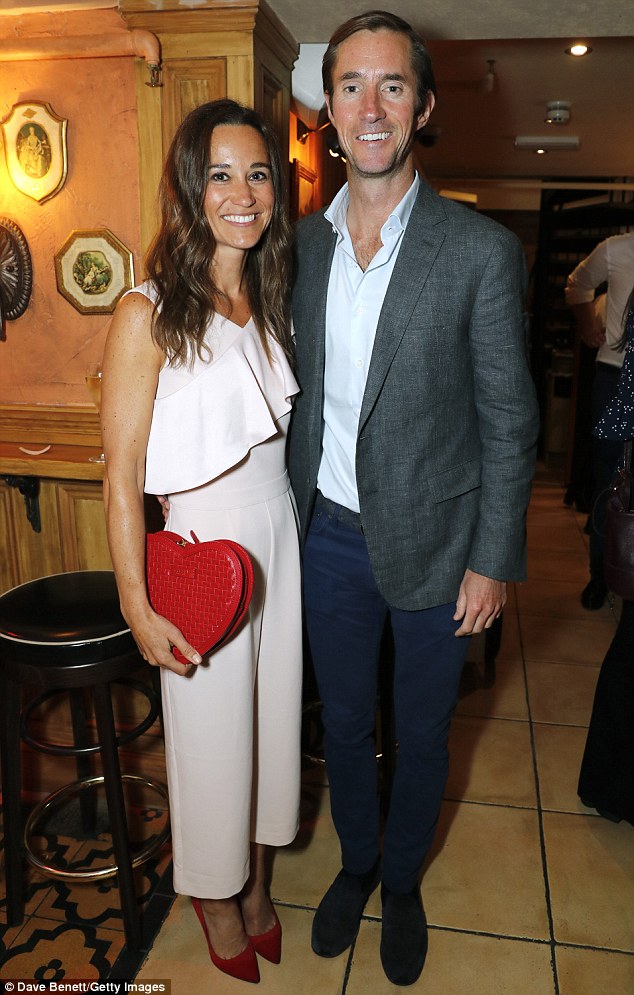 Newlyweds: Fresh from their honeymoon last June, Pippa and James pose for a photograph at The Miles Frost Fund party at Bunga Bunga Covent Garden, London

After their wedding, the newlyweds jetted to the French Polynesia for a luxury honeymoon before a stint in Stockholm to attend a society wedding.

Back on home turf, the couple ensured they were well and truly in the limelight with three headline-grabbing appearances at Wimbledon in June.

As the almost-royal beauty settles into family life with James, she prefers to keep her personal life under wraps – but is expected to step out for the wedding of Prince Harry and Meghan Markle on May 19, almost a year to the day since her own nuptials.