We have all heard of the Kate effect with the majority of the Duchess of Cambridge’s outfits selling out in seconds as royal fans try to emulate her look.

And it seems not even her own sister is immune to her style influence.

Pippa Middleton, who became a mum for the first time last week, stepped out in a £159 Whistles dress that her older sister was spotted wearing just a week earlier.

The Duchess of Cambridge debuted the burgundy button down dress a week ago when she and Prince William hosted a reception for Radio 1’s Teen Heroes of 2018 at Kensington Palace.

And it seems that even royal siblings borrow from each others wardrobe with Pippa wearing an identical dress today, though it is possible that the new mother may have purchased the same dress.

She paired the polka-dot button-down with her favourite Jimmy Choo sneakers as she took her two-week-old son for a walk around Kensington on Friday.

Keeping out the autumn chill the 35-year-old wrapped up in a brown wool scarf and finished her outfit with a pair of her signature shades.

And, despite having given birth just over a week ago, it appears that fitness fanatic Pippa may have resumed her workout regime having stashed a tennis racket in the bottom of her baby’s pram. 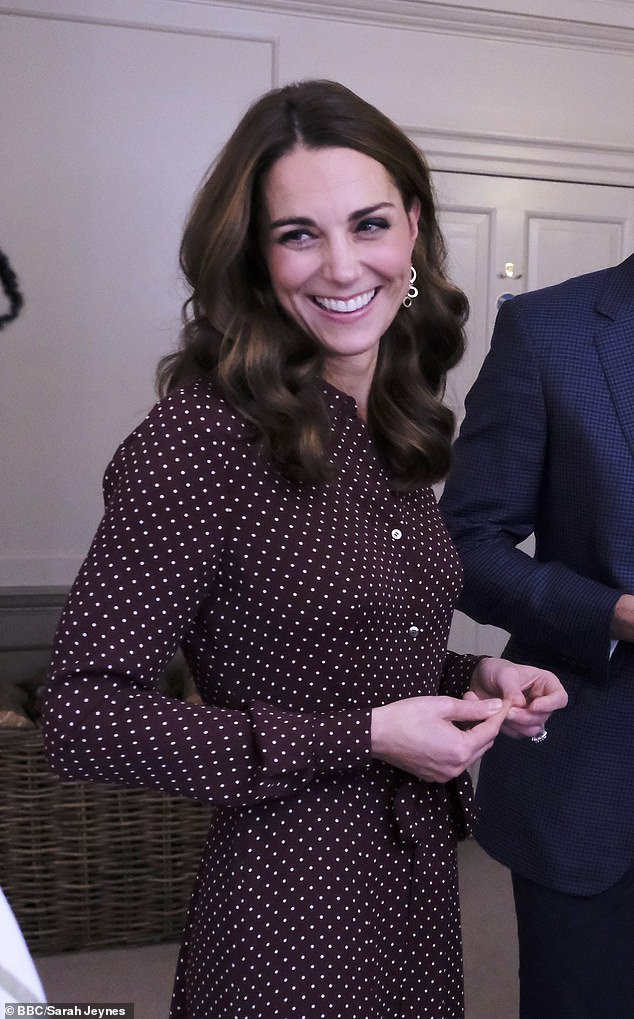 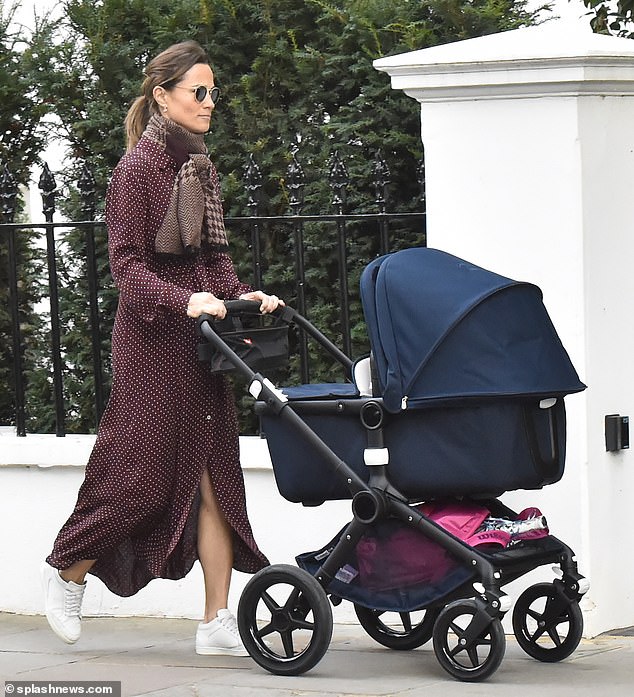 Pippa, who became a mum for the first time last week, paired the dress with her favourite Jimmy Choo sneakers as she took her baby son for a walk around Chelsea

Sticking out from the £1,119 Bugaboo pushchair was a pink Wilson tennis bag and racket.

It would be no surprise if Pippa had returned to her fitness regime having kept active throughout her pregnancy as she documented in her Waitrose Weekend column.

It seems that the Middleton family have all been taking a leaf out of Kate’s book when it comes to their style with Carole Middleton spotted in one of her daughter’s coats this week.

The mother-of-three, 63, was snapped visiting her youngest daughter Pippa, 35, in London’s Chelsea earlier this week wearing a coat Kate sported while pregnant. 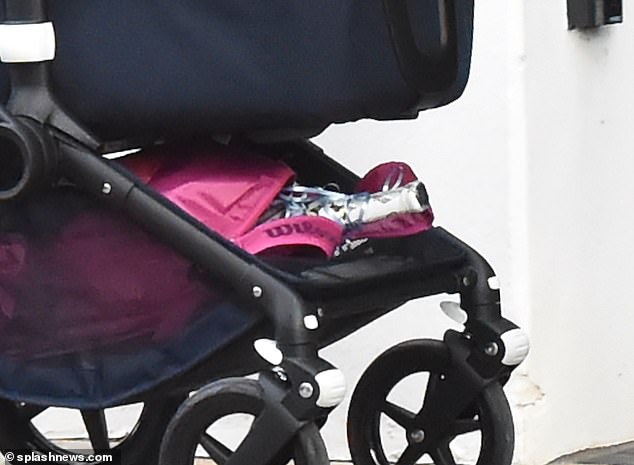 It seems that Pippa may have returned to her fitness regime with a tennis racket spotted poking out of the bottom of her £1,119 Bugaboo pram 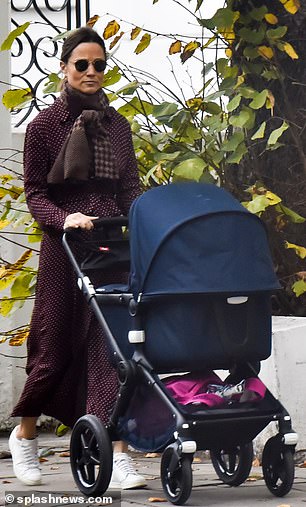 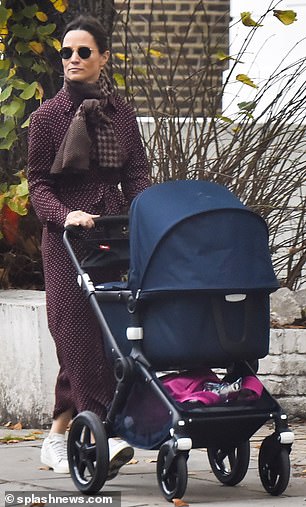 Pippa and her husband James Matthews welcomed a baby boy weighing 8lb and 9oz on October 15, but his name is yet to be announced

The Duchess of Cambridge wore the vibrant £220 Boden number on a visit to Great Ormond Street in January while she was expecting Prince Louis, now five months old.

It is not clear whether it is the exact same coat or whether Carole and her duchess daughter simply own the same item.

Pippa and her husband James Matthews  welcomed a baby boy weighing 8lb and 9oz at the private Lindo Wing, at St Mary’s Hospital, Paddington, on October 15, but his name has not yet been revealed. 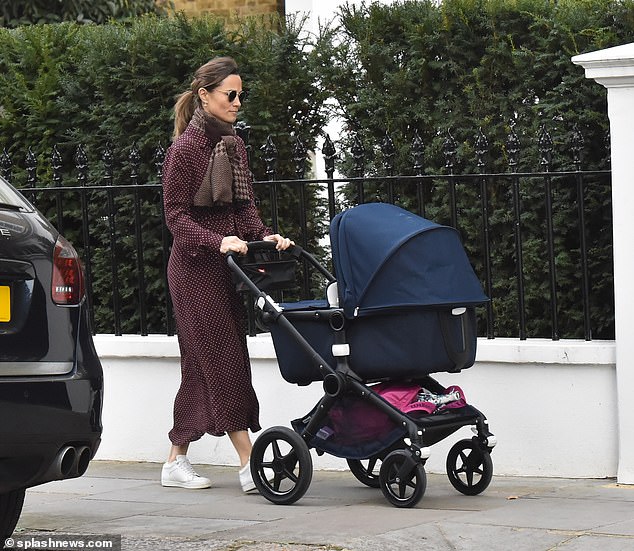 The Matthews’ baby was delivered at the £7,500-a-night private maternity unit where the Duchess of Cambridge gave birth to her three children.

He was born on the same day the Duke and Duchess of Sussex announced they are expecting their first child together in Spring 2019.

James Middleton, 31, Pippa’s younger brother, was the only member of the family seen visiting the new arrival in hospital.

Pippa and James are believed to have left the hospital through a side door the following night and quietly returned to their newly-renovated family home.