Pit bull finds home after being left because of cleft lip

An adorable pit bull pup has finally found its forever home after being abandoned by three families because it only has half a nose.

Kia was born with a cleft lip, meaning she is missing part of her face and the teeth on the left side of her face grew upwards rather than straight.

The condition means she slobbers water over the floor and snores incredibly loud thanks to her flapping lip, according to owner Lindsey Christiansen, 32, from Logan, Utah.

Abandoned pup: Pit bull Kia was deserted by three families which owner Lindsey thinks was because of her cleft lip 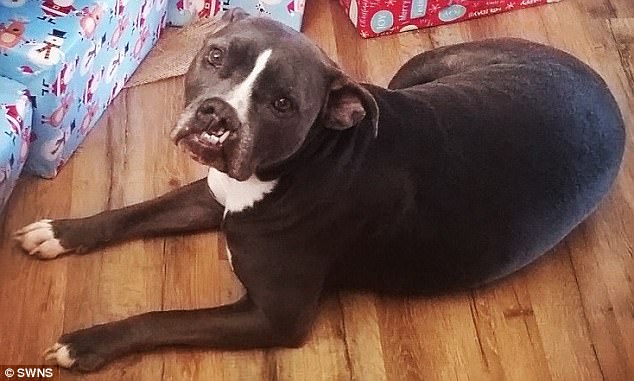 Friendly and loving: Despite the canine’s appearance, Lindsey said ‘she is the gentlest pooch you could dream of’ 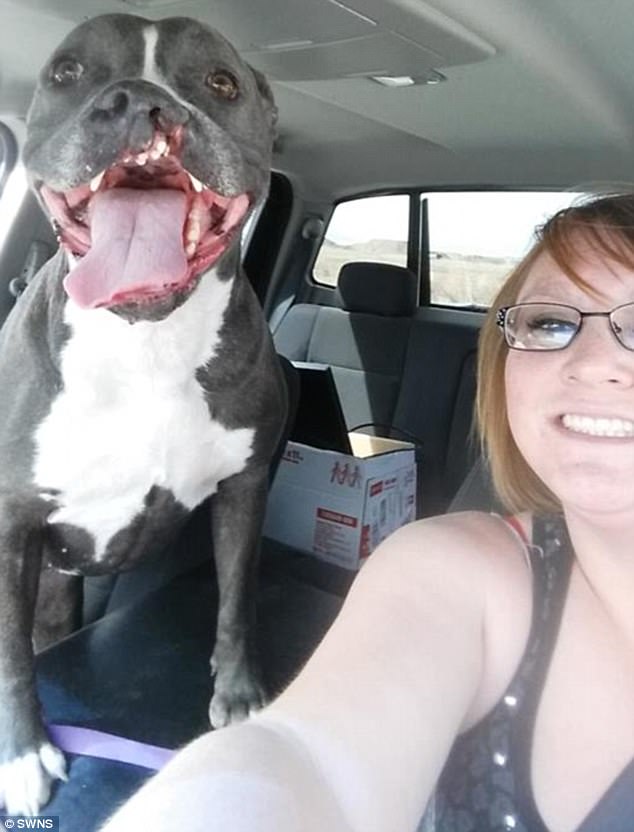 Born with her deformity: The pooch who is thought to be six or seven was born with the cleft lip

Lindsey and her family rescued grey-haired Kia, who is thought to be six or seven, from the Cache Humane Society near their home in Utah.

She said the pooch had been given up by previous owners and fears it was due to her deformity, which she was born with.

Even now she said strangers assume Kia is vicious because her cleft lip leaves her looking like she’s baring her teeth.

But Lindsey said she’s the gentlest pooch you could dream of and wants to send out the message that she’s just like any other dog.

The mother of two, who also has two stepchildren by husband Keenan, a store manager, said: ‘Kia’s cleft lip is something she was born with.’ 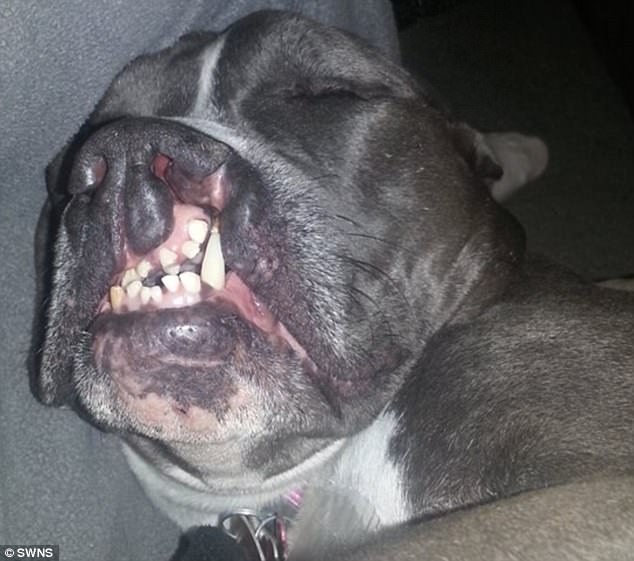 ‘She snores like a freight train:’ Lindsey said that Kia’s deformity doesn’t affect her breathing but it does cause some loud snoring 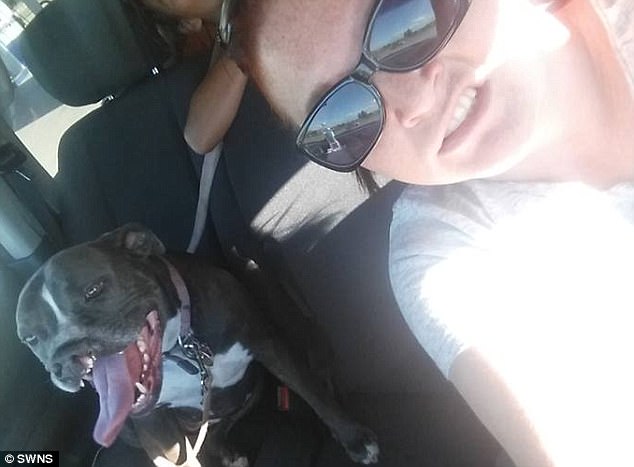 Scared of her appearance: Despite the dog’s loving personality, people are still afraid because her teeth are always bared

‘She still has both nostrils but she is missing the lip and part of her nose. Her teeth are growing up into her nostril.’

‘People say she is ugly and ask, ‘”Who would get a dog like that?'”

‘But when we heard she had been passed from family to family and had been returned, we had to have her.’

‘We think she is amazing. She has such a huge smile and she doesn’t realize she is any different.’

Lindsey, who works in warranties, added that although the deformity doesn’t affect how Kia eats or breathes, it does cause one problem – her incredibly loud snoring.

‘It’s unbelievable,’ said Lindsey. ‘The day we got her she came and laid down when I was in bed and right away she was snoring like crazy.’ 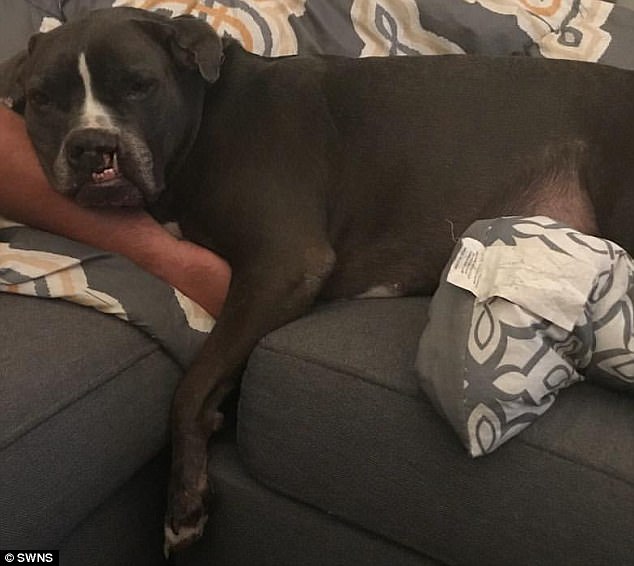 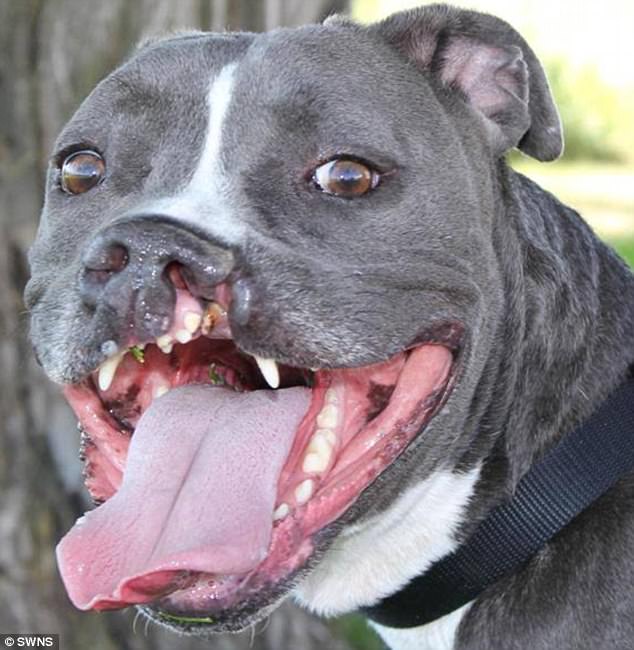 Just like any other dog: Lindsey said when people get to know the loving pooch, they love her and that she’s the same as other canines

‘My husband snores but Kia sounds like a freight train. Her lip blows back and forth when she takes a breath so you get flapping sounds as well.’

But that’s the only terrifying thing about the pit bull who still scares a lot of people because of her appearance and the stereotype that surrounds the dog breed.

‘The way she looks has also scared a lot of people because she looks like she is showing her teeth and people are scared of pit bulls anyway,’ Lindsey said.

To that, Lindsey said that she tells people Kia couldn’t cover her teeth if she wanted to.

Lindsey said when people get to know the loving dog, they love her and added ‘she is just like any other dog – except she has a cleft lip.’