She’s the kindergarten student who boasts a whopping 110,000 followers on Instagram.

And on Wednesday, pint-sized Pixie Curtis continued to elevate her media presence, starring in a YouTube video alongside her younger brother Hunter, 3.

In the four minute clip, the two children of PR maven Roxy Jacenko are seen bonding as they play with Cupcake Surprise Dolls.

At the beginning of the clip, six-year-old Pixie appears alone, offering up her tips and tricks as she plays with the popular range of dolls.

Hunter later joined his big sister, seemingly excited by the range of goodies on display.

At one point, the adorable tot was seen affectionately brushing the hair of one of the dolls. 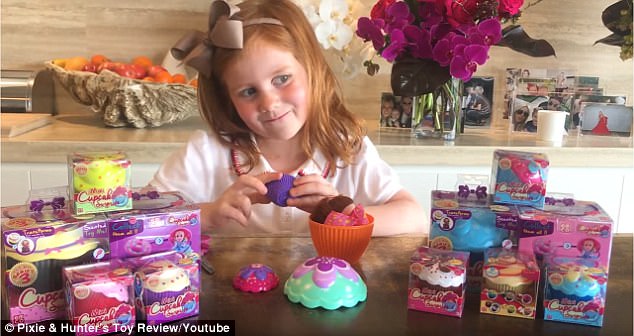 The clip is the latest installment in ‘Pixie and Hunter’s Toy Review’ – a new YouTube channel that features videos of the siblings offering up their opinions on the latest range of kid’s products.

The short videos are directed by mum Roxy, who is known for doting on her children, despite the demands of her hectic work schedule.

The YouTube channel is the latest endeavour for entrepreneurial Pixie, who already appears to be following in her business-minded mum’s footsteps by launching her own range of hair accessories. 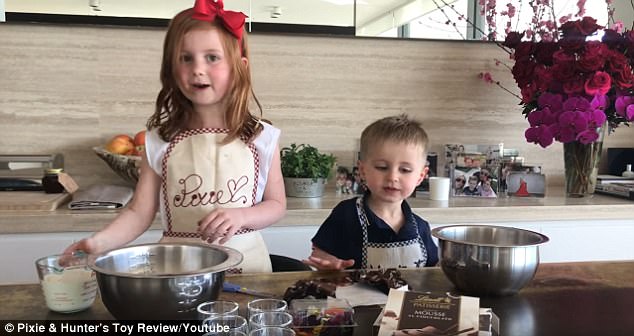 The next Masterchef? Pixie recently showed off her culinary skills as she whipped up chocolate mousse in another YouTube clip

And proving that she may yet be more multi-talented than her mum, Pixie recently showed off her culinary skills as she whipped up chocolate mousse in another YouTube clip.

The cooking tutorial comes after Hunter recently revealed on live television that Roxy’s cooking was ‘not very good.’

‘What?’ asked the TV host, taken aback by the youngster’s candor.

Hunter then growled ‘yuck’ at the camera before breaking into a cheeky smile. 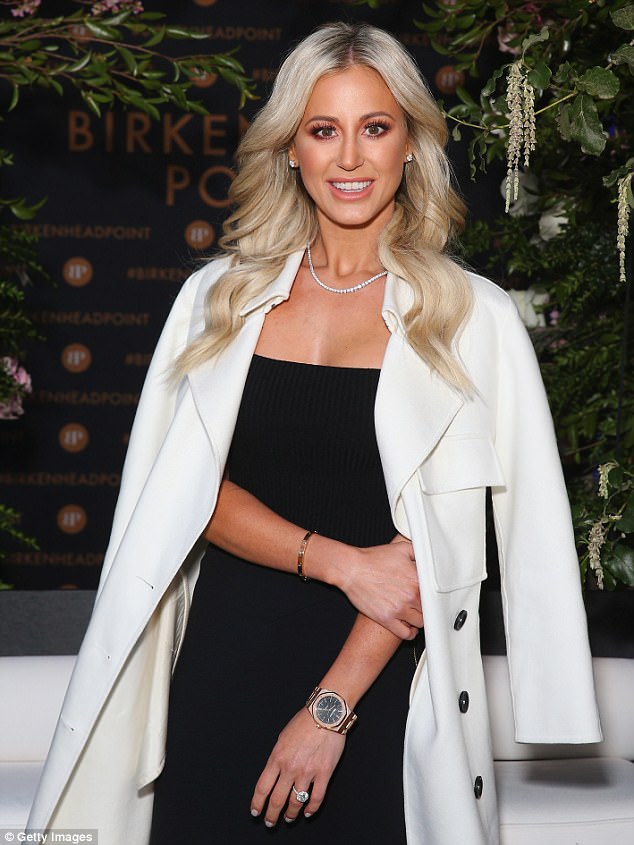 Proud mum! The busy PR maven is known for doting on her two adorable kids, despite her hectic schedule