An 80-year-old pilot has crashed into a tree as he attempted to land a plane at an airport in Connecticut – but only suffered minor injuries.

Manfred Forst was flying alone when he tried to land the plane at Robertson Airport, but ended up ramming into a tree several hundred feet away.

Shocking footage of the crash has been released by the two, showing the moment the blue-and-white single-engine Cessna flies straight into the car park tree at 11.30am local time on Monday.

Manfred Forst was flying alone when he tried to land the plane at Robertson Airport. The dramatic footage of the crash has been released by local authorities in Connecticut

The plane hits the tree at speed with the right wing getting caught. It then performs a flip, landing in the car park and managing to avoid any vehicles as the right wing appears to snap.

Police are now carrying out an search of the crash scene, with an investigator of the Federal Aviation Administration expected to visit later on.

Interstate Aviation, which runs operations at the airport, refused to comment on the crash, but police confirmed the corporation was renting the plane to Mr Forst at the time of the crash.

Dave Thayner, a keen plane spotter, was near the northern end of the airport car park when he spotted the plane landing from the south.

Mr Thayner said it was flying low but then suddenly turned west away from the runway.

He said: ‘I knew he had a problem. It was wavering, it was going very slow. I heard the bang and knew that he went down.’ 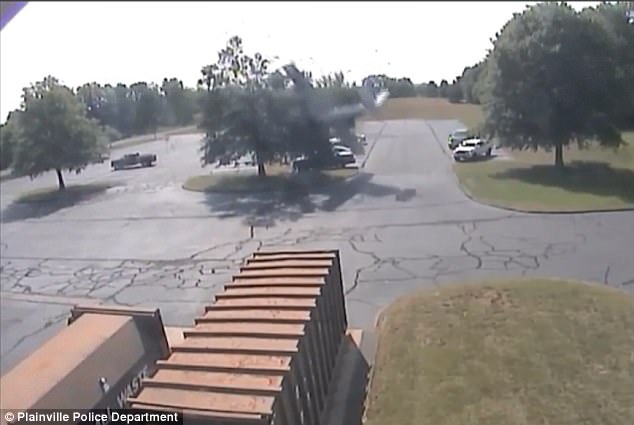 As the plane’s right wing becomes entangled in the tree, it flips over and lands on the ground 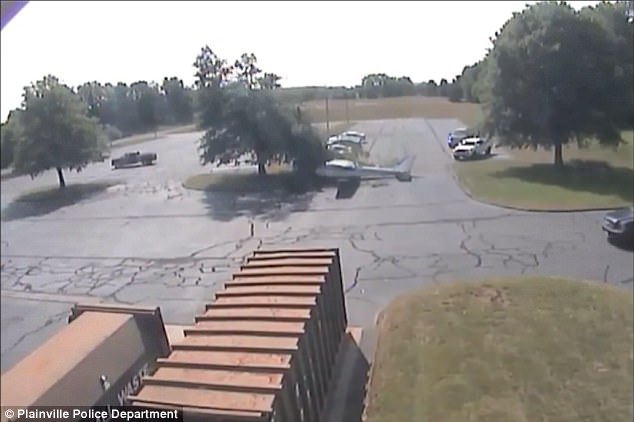