Can former President George Bush really be a serial sex offender — in his 90s? That’s the extraordinary claim now being made in these febrile days of the Harvey Weinstein scandal.

In 2014, she posed for an official photograph with the wheelchair-bound ex-president at a literary event. ‘President Bush put his arm around me, low on my back,’ Kline wrote. Then he ‘squeezed my butt, hard’.

Can former President George Bush really be a serial sex offender — in his 90s? That’s the extraordinary claim now being made in these febrile days of the Harvey Weinstein scandal

‘I wasn’t traumatised. But it shouldn’t have happened.’

She hopes that by coming forward she will ‘begin to effect change’.

Her story echoes that of actress Jordana Grolnick, who claims Bush squeezed her bottom in 2016.

Actress Heather Lind was the first to speak out on Tuesday, saying she was groped by Bush while posing for a photograph in 2014. ‘I just thought, whatever, he’s a dirty old man.’ 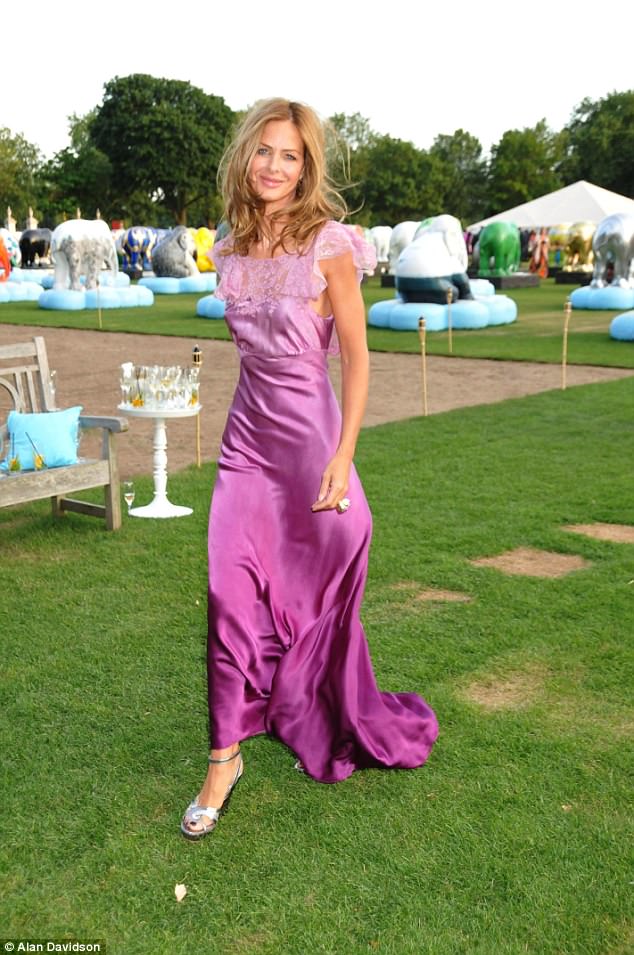 His spokesman says: ‘At 93, President Bush has been confined to a wheelchair for roughly five years, so his arm falls on the lower waist of people with whom he takes pictures. On occasion he has patted the women’s rears in what he intended to be a good-natured manner.

‘Some have seen it as innocent, others clearly view it as inappropriate. To anyone he has offended, he apologises most sincerely.’ Surely that should be the end of it.

One can’t help thinking if the ‘pest’ wasn’t a former President, these claims wouldn’t have been made.

While, of course, it is offensive for a man to touch a woman in this way, haven’t things got way out of proportion? When the #MeToo campaign began, encouraging women to detail their experiences of sexual harassment, it was after claims of rape and sexual assaults by film mogul Weinstein.

They were right to speak out. But now you can’t turn on a talk radio show without hearing the pitiful tale of some woman claiming she’s been traumatised for life after a man made a pass at her.

Shouldn’t such incidents have been dealt with by a fierce and humiliating reprimand at the time? By lumping every leer and lurch in the same catch-all basket as rape, we diminish the suffering of genuine victims.

By portraying a nonagenarian in a wheelchair as some kind of serial sex beast, Bush’s ‘victims’ — and the sisterhood — look frankly ridiculous.

I Can hardly wait to read Trinny Woodall’s soon-to-be-published life story in which she reveals the tragedies of divorce, financial meltdown and finally finding happiness — in the arms of her multi-millionaire boyfriend Charles Saatchi, 74.

Not a self-help guide for us ordinary folk is it, love?

Fats Domino was married to his childhood sweetheart for 61 years, had eight children and lived his entire life in New Orleans. After his death this week, a friend described him as ‘warm, fun-loving, spiritual, creative and humble — you don’t get more New Orleans than that’. A fitting epitaph for both this magnificent man and his magical city. 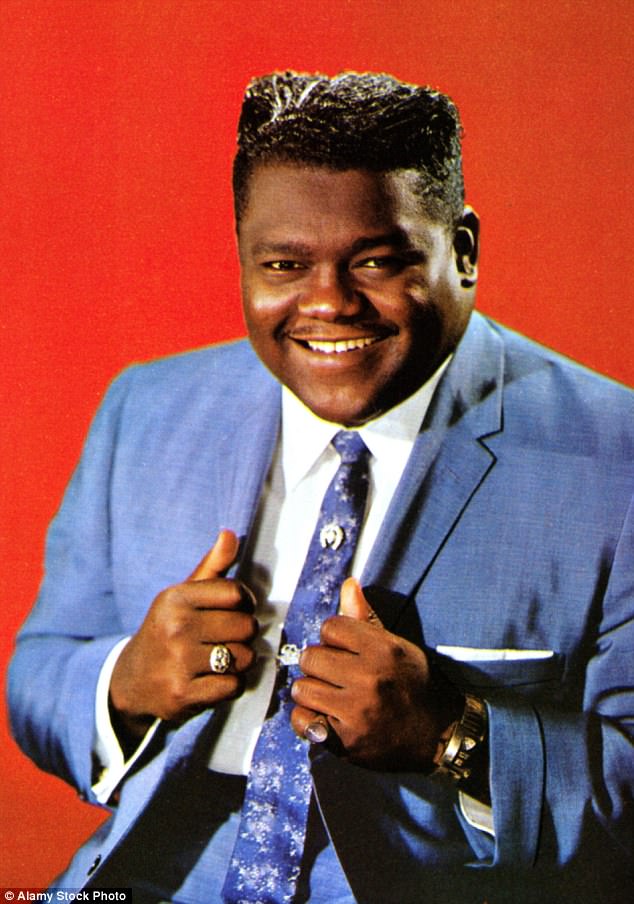 Fats Domino was married to his childhood sweetheart for 61 years, had eight children and lived his entire life in New Orleans

It could only have been a Liverpool fan who decided Wayne Rooney — who plays for rivals Everton — should do penance for his drink-driving by painting park benches in Macclesfield.

But given that Coleen is on her umpteenth hol this year — and not wearing her wedding ring — perhaps they should have got him painting dog houses instead.

A woman who poured boiling water over her husband’s mistress has been convicted of GBH. If I’d been Monika Fourie wanting revenge over my philandering husband, I’d have been tempted to pour it over him.

You’d have thought that having had well-documented affairs while married to Prince Andrew, Fergie would have had more sympathy when she discovered her dog walker was having her own dalliance with Andrew’s butler.

Amanda Severn was dismissed with two weeks’ pay, about £500. Ms Severn feels betrayed, not just by the butler who’d led her to believe he was separated from his wife, but by Fergie: ‘She has shown no loyalty to me. I am not happy.’

Callousness apart, what a stupid move on Fergie’s part. The ex-employee has already let slip Fergie grandly insists she is called ‘Ma’am’ or ‘Your Royal Highness’ — neither of which she is entitled to — and still ‘rules the roost at the Duke’s home’.

Ms Severn clearly has stories to tell — and what’s the betting they’re worth more than the £500 the Yorks gave her?

Modern surgery can be a wonderful thing, as the Mail showed this week when a woman’s womb was removed for an intricate operation on her unborn child and then replaced. She is expected to have a normal birth in January.

The flip side of surgical advances came in the story of 28-year-old Star Delguidice who’s had dozens of operations and spent £200,000 on cosmetic surgery, including bum implants and breast enlargements.

She may be a miracle of modern medical practice but she’s also a walking tragedy.

IT SEEMS NANNIES DO KNOW BEST…

First we had singer Paloma Faith saying she was raising her child as gender neutral, now a couple has advertised for a nanny to raise their two children similarly.

Aged two and six, the kids must be called only by their names, never referred to as ‘he’ or ‘she’, and Action Man and Barbie are banned as they reinforce gender stereotypes.

The parents complain they are struggling to fill the position. Why am I not surprised? 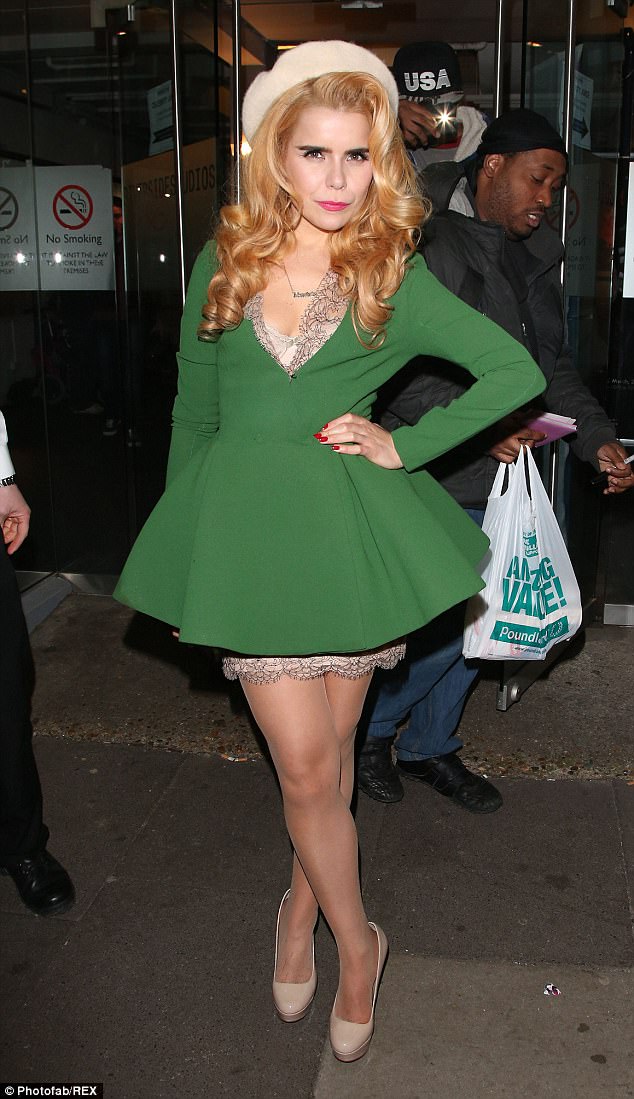 First we had singer Paloma Faith (pictured) saying she was raising her child as gender neutral, now a couple has advertised for a nanny to raise their two children similarly

JAWS TALE IS A BIT FISHY

I love a shark escape story as much as anyone, but isn’t there something fishy about British diver John Craig’s claim that he swam for miles to escape a tiger shark that menaced him in waters off Shark Bay in Western Australia?

I know the spot well, because we holidayed there as kids. Craig claims he swam 4.6 miles in three hours. Hmmm. The ocean there is very cold, has average wind gusts of 20mph and swells of three metres. And the only being that could verify his ordeal is… the shark.