PLATELL’S PEOPLE: Kate’s truth bomb about therapy not working for everyone

After withstanding three weeks of Harry napalming the Royal Family with his ‘truth bombs’, the Princess of Wales — whether unwittingly or not — dropped a little bomb of her own this week.

On a visit with Prince William to the Open Door mental health charity in Liverpool — their first public engagement since the publication of Spare — she said, simply: ‘Talking therapies don’t work for some people, they’re not for everybody.’

The comment raised eyebrows in the light of Harry’s apparent obsession with therapy. Not least because of his revelation that, after William apparently broke his brother’s necklace and knocked him to the floor in a fight about Meghan, Harry immediately called his therapist to talk about it.

Whether Kate dropped her bomb unwittingly or not, she’s absolutely right. While talking therapies certainly work for some, they don’t always solve the problem. And I should know. During low points in my life I’ve tried several of them; some worked, most didn’t.

After withstanding three weeks of Harry napalming the Royal Family with his ‘truth bombs’, the Princess of Wales — whether unwittingly or not — dropped a little bomb of her own this week

Talking didn’t heal my marriage nor bring my dead brother back.

And from what I have seen of Harry in interviews and in his book, I’d say they haven’t worked for the anguished, vengeful Prince. The vitriol, the anger, the bitterness he’s full of — they’re not what you find in a person at ease with themselves. If he’s the poster boy for ‘talking therapy’ then God help those of us who seek help that way.

What I see is a deeply vindictive man, a narcissist, obsessed with his own feelings to the exclusion of others, revelling in an unrealistically high sense of his own importance and wallowing in eternal victimhood. You can see in his distrustful eyes that there has been no healing.

Why otherwise would the Prince we once loved utter such bile against so many of those who should be close to him? His father, brother, Kate, Camilla — all villains. He’s convinced he and Megs are the blameless victims.

Any professional will tell you having a therapist on speed dial is not how therapy should work. Healing will only come to Harry if he starts genuinely talking to his family. That truly would be a talking therapy worth having.

Shock from the past

Huge sympathy for Julia Roberts discovering through a DNA search that she’s not biologically a ‘Roberts’ after all as her great, great-grandmother had an affair with a married man after her husband’s death. 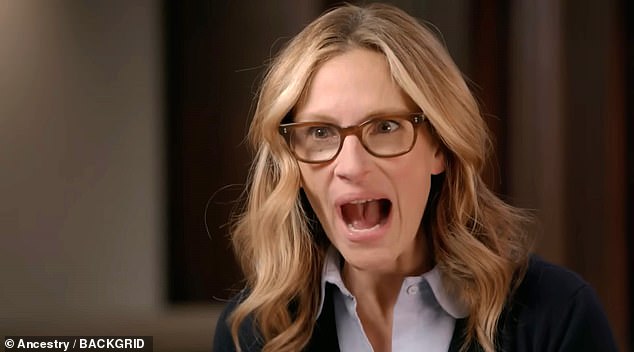 I was similarly shocked when a search revealed we Platells were not French aristocrats Platelles — as we’d believed — but impoverished German potato diggers who fled to Britain penniless.

Self-appointed eco-warrior Margot Robbie is an active member of Greenpeace and preaches about the little things we can all do to create a sustainable future, even in Hollywood, such as shunning single-use plastic water botles on movie sets.

Just wondering how she explains her single-use pink Chanel gown at the Golden Globes which took more than 750 hours to hand-make?

She Wolf bites back

Pop star Shakira’s partner of 11 years and father of their two children has allegedly left her for 22‑year-old PR student Clara Chia. 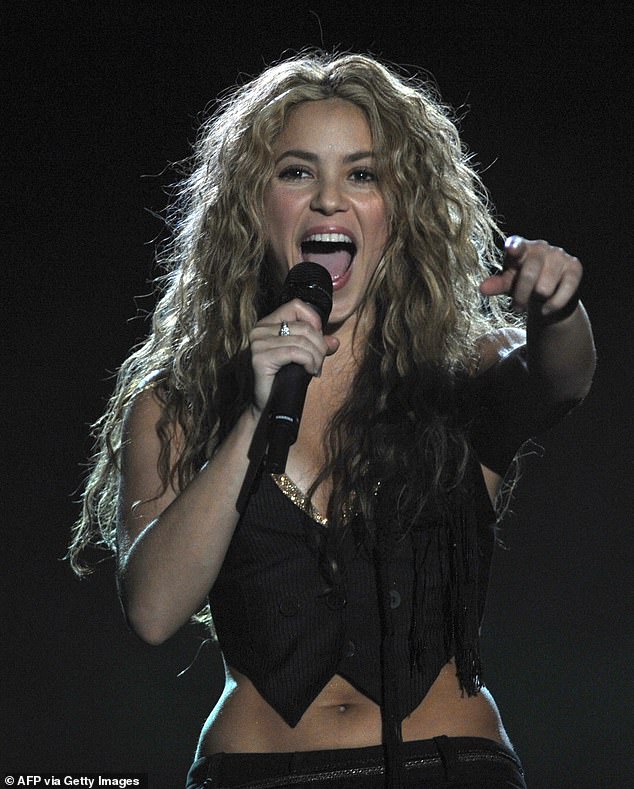 Now the She Wolf singer, 45, has been branded a misogynist for hitting out at her young rival in her latest single. ‘I’m worth two 22s,’ she sings. ‘You traded a Ferrari for a Twingo. You traded a Rolex for a Casio.’

Every woman retains the right to retaliate against someone who moves in on her marriage or long-term relationship. That’s not misogynistic, it’s called showing balls.

The Left decries Boris earning £1 million on top of his MPs salary, plus the £1 million from a Tory donor to help run his office while he’s renting a £20 million mansion. Odder surely is that he still hasn’t bought a permanent home. Or is it because he’s plotting to move back into No 10 after catastrophic May council elections for Rishi Sunak? 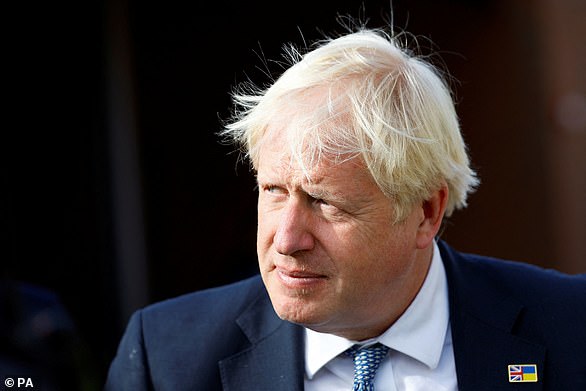 The Left decries Boris earning £1 million on top of his MPs salary, plus the £1 million from a Tory donor to help run his office while he’s renting a £20 million mansion

Having been PM for just 44 days, Liz Truss arrives at Scott’s restaurant in Mayfair accompanied by her personal police protection officers whom she will have for life. The only protection that woman needs is from her delusions of grandeur.

After eight months of crippling strikes and more to come, it’s little wonder a majority of Brits support the new Bill to force unions to provide a minimal level of emergency services during industrial action even if Keir Starmer claims it’s undemocratic. What is undemocratic, Keir, is a Labour Party in hock to unions trying to bring down an elected Government.

No keeping up with Kim

As Kayne West weds architect Bianca Censori two months after his divorce from Kim Kardashian, close observers note that before she went blonde she was the ‘spitting image’ of his curvaceous reality TV star ex-wife.

How Tom Hanks upset my Ted 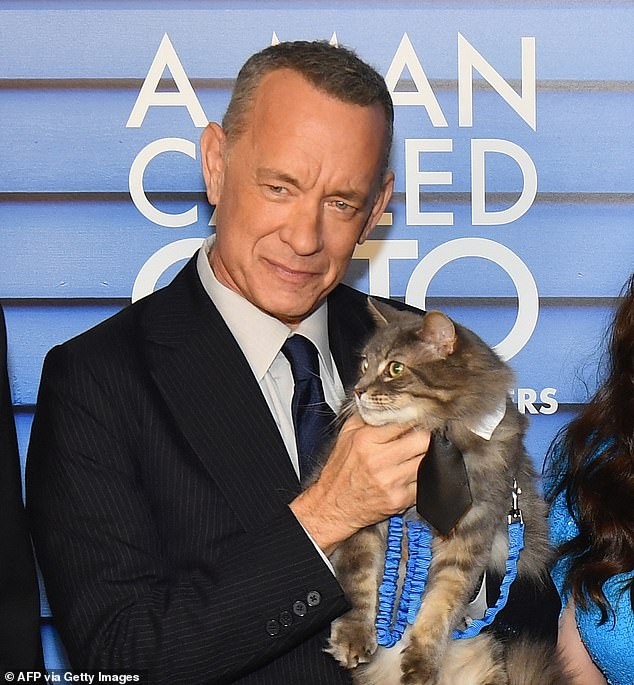 My moggie Ted was distraught seeing Tom Hanks take his co-star cat Smeagol to a red carpet screening of his new movie A Man Called Otto. Ted was distressed by all the strangers crowding round, by the flashing lights and the way they’d dressed puss up in black tie with stiff white collar. And why name a noble feline after the deformed hobbit creature in The Lord Of The Rings? Call in the RSPCA!

A study by Ohio University concludes performing simple and random acts of kindness for others can benefit those suffering with depression — even something as simple as baking biscuits for a mate. Too late for Prince Harry as he hasn’t got any mates left.

Love Island fans are already enamoured with farmer Will Young, who says what he’ll miss most are his two pet pigs who come up to him for a cuddle each morning. Fear not Will, there will be plenty of adorably cuddly creatures on the Island all equally desperate to snuggle up to you.

For the dwindling band of parishioners in my church who were recently asked to dig deep into our pockets to repair the rotting wooden floor, news that the Archbishop of Canterbury has found £100 million to apologise for the C of E’s historic links to the slave trade was a blow — and the reason I cancelled my monthly direct debit.

Maybe there’s method in the BBC’s madness of giving ISIS bride Shamima Begum her own ten-part podcast. However much we loathe it, Begum will, in time, return to the UK and become a celebrity. As she was happy to wed an ISIS terrorist she didn’t know, perhaps she’ll be on Married At First Sight UK. Or given her alleged gift for stitching bombers into suicide vests, a judge on The Great British Sewing Bee.

After a reported £66 million loss in her fashion and beauty empire, Victoria Beckham invites us to ‘explore the VB sale with up to 60 per cent off key styles’. Given a black T-shirt is ‘slashed’ from £990 to £594, don’t expect a very long queue of bargain hunters outside her Mayfair store.

Hot on the high heels of her blink-and-you-missed-it movie Marry Me, which went straight to streaming, J.Lo is promoting her film Shotgun Wedding on Prime Video. It’s the eighth movie she’s got married in. Maybe with four husbands already in real life, she’s just become addicted to saying: ‘I do, I do, I do’, whether to a rubbish script or a dud husband (Ben Affleck excluded, of course).

The University of Southern California has banned the world ‘field’ claiming the term has racist connotations as slaves worked in fields. So field trips will be called ‘practicums’, meaning ‘a practical section of a course of study’. Should I feel guilty? One of my favourite movies of all time is Field Of Dreams.