PLAYER RATINGS: Harry Maguire looked shaky once again and left his mark on his own team-mate, but Bruno Fernandes was bright and Fred delivered an excellent showing in Man United’s defeat by Atletico Madrid

Manchester United were sent crashing out of the Champions League after suffering a 1-0 defeat by Atletico Madrid, with their 2-1 aggregate loss piling on the misery.

Renan Lodi scored the only goal of the game on a agonising evening at Old Trafford for the hosts, while Diego Simeone’s side defended heroically throughout.

A number of United players stepped up while others disappointed in the spotlight and here, Sportsmail‘s CHRIS WHEELER rates their performances…

DAVID DE GEA 6 – Produced a fantastic one-handed save from De Paul to deny his old club early on, but could he have got closer to Lodi’s header for the goal?

DIOGO DALOT 6 – A more direct threat than Wan-Bissaka going forward from right-back and had several shots blocked, but failed to spot Lodi’s run to the back post.

RAPHAEL VARANE 7 – Been there and done it in the Champions League. His experience and composure are invaluable on nights like this, and was only denied a goal by Oblak’s excellent save. 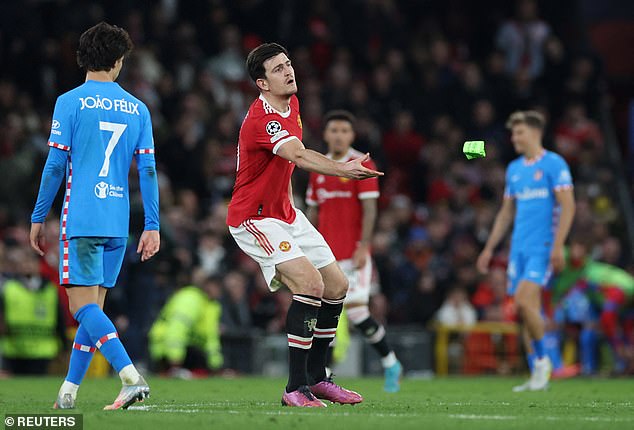 HARRY MAGUIRE 5.5 – Looked shaky again under pressure. Left his mark by clashing heads with Gimenez and his own teammate Ronaldo. There were cheers when he was replaced by Mata late on.

ALEX TELLES 6 – Continued at left-back in Luke Shaw’s absence but doesn’t have the same penetration. Didn’t make enough of an impact on the game.

SCOTT McTOMINAY 6 – Brought more energy to midfield than Paul Pogba in the first leg but putting the Frenchman on the bench took away from United’s creativity.

FRED 7.5 – Outrageous piece of skill to trick his way past Stefan Savic in the first half. It’s what we’ve come to expect from Brazilians, just not Fred. Excellent overall as well. 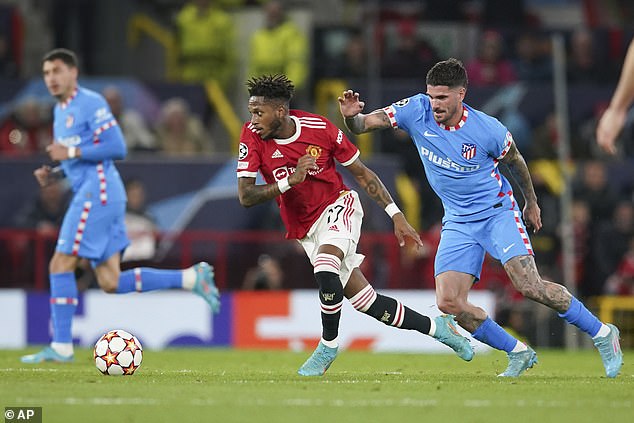 ANTHONY ELANGA 6.5 – Hero of the first leg set the tone with early challenge to Oblak and was denied another goal when the keeper inadvertently saved his face. Justified his inclusion from the start.

BRUNO FERNANDES 7 – A thorn in Atletico’s side. Tried to drive United into the quarters but was denied a penalty early on and by Oblak’s save just before half-time. Unlucky to be subbed early.

JADON SANCHO 6 – Came to life in the second half after a subdued first period and was inches away from scoring with a spectacular volley on the hour mark.

CRISTIANO RONALDO 6.5 – Looked lively just three days after his hat-trick heroics against Tottenham here but never went close to a repeat performance. Dropped deep too often and had few chances. 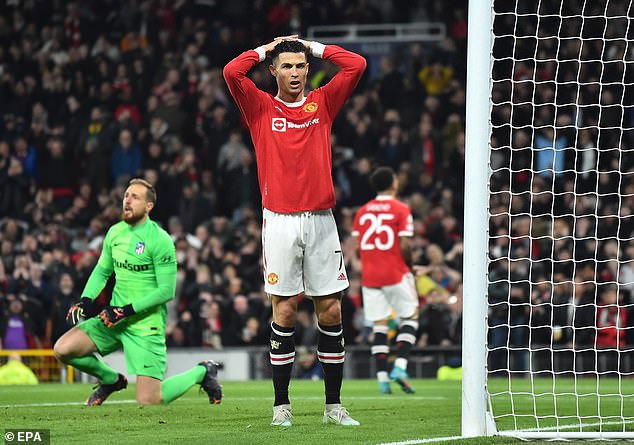 Manager: Ralf Rangnick 6.5 – Ran Atletico and Simeone close over two legs but his spell as interim manager will end without a trophy 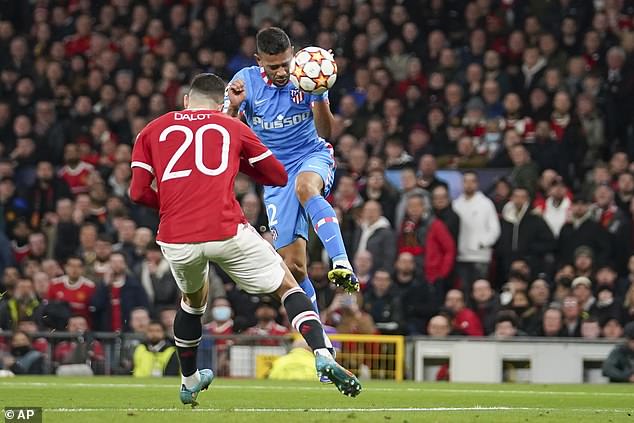 Referee: Slavco Vincic (Slovenia) 5 – Didn’t stay on top of Atletico’s time-wasting tactics and could easily have blown for Reinildo’s challenge on Elanga before the goal.