They lowered the Union Jack as far as the British singles challenge at the Australian Open was concerned with Harriet Dart becoming the last player out.

The 23 year-old qualifier from Middlesex at least offered some defiance before she was beaten 6-2 6-4 by Wimbledon champion Simona Halep on a blustery Rod Laver Arena, bowing out of the second round after winning four matches in total over the past week.

It was a plucky effort but ultimately she was outgunned and outclassed by a high quality player who was nonetheless ruffled by her winning three straight games from 5-1 up in the second. Her exit followed that of Heather Watson earlier, making it second straight Australian Open without a Brit going beyond the second round.

Dart broke Halep in her first return game of the match, thereby avoiding her fate of a year ago in the same stadium when she got ‘double bagelled’ by Maria Sharapova.

Her backhand was often the equal of her illustrious opponent and this was a far cry from twelve months ago, suggesting her game has improved.

She could have unraveled badly when Halep raced to 5-1 in the opener but kept fighting from the baseline. 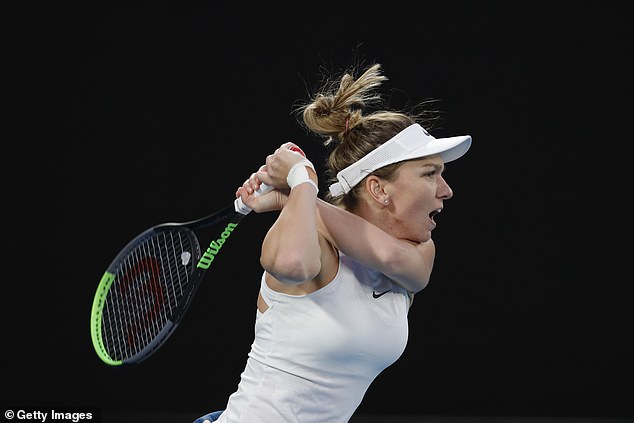 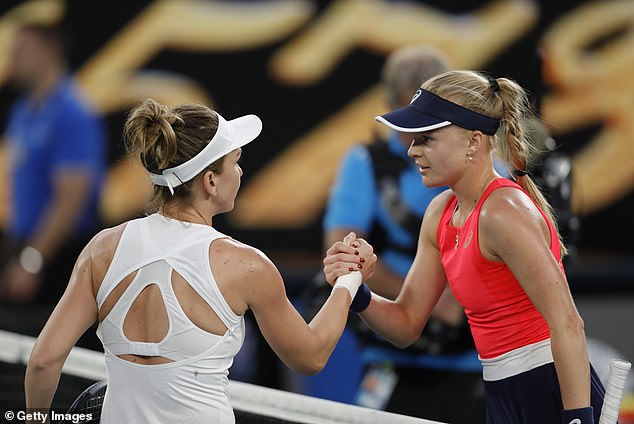 The British player had chances to level at 5-5 but can take heart from the performance and was given a warm ovation when leaving the court.

It ought to be only a matter of time before Dart is heading towards the top 100 and her final points tally of 52-68 showed this was no pushover.

‘It was a bit dangerous and she started to play very well at the end so it was more difficult for me to hold it,’ said Halep.