A plumber who discovered a tree root the ‘size of an anaconda’ growing inside a family’s stormwater drain has issued a warning to homeowners.

David Hall from ‘The Clean Plumbers’ was called out to the home in Newport, on Sydney’s northern beaches, after the property started flooding on Saturday.

After threading a small camera down their drain to discover the source of the blockage he quickly realised the problem.

Aggressive gum tree roots made up of fine hair-like vines had formed into a five metre long ‘snake’ in the drain – stopping the water flow.

A plumber has found tree roots the ‘size of an anaconda’ obstructing a stormwater drain under the yard at a home in Newport, Northern Beaches (pictured)

Mr Hall, who has been a plumber for 37 years, said it was the worst blockage he had ever seen despite removing thousands of root-clogged drains.

‘I knew this was going to be a major problem because of the size of the gum tree,’ Mr Hall told Daily Mail Australia.

The home was surrounded by towering gum trees that had a shallow, spreading root system.

One of the tiny roots had seeped into a tiny crack in the drain, creating the blockage.

‘They (roots) explode the pipes. They are absolutely destructive,’ he said.

The pipes were so clogged that Mr Hall had to remove the drain from the ground and replace it with a new one. 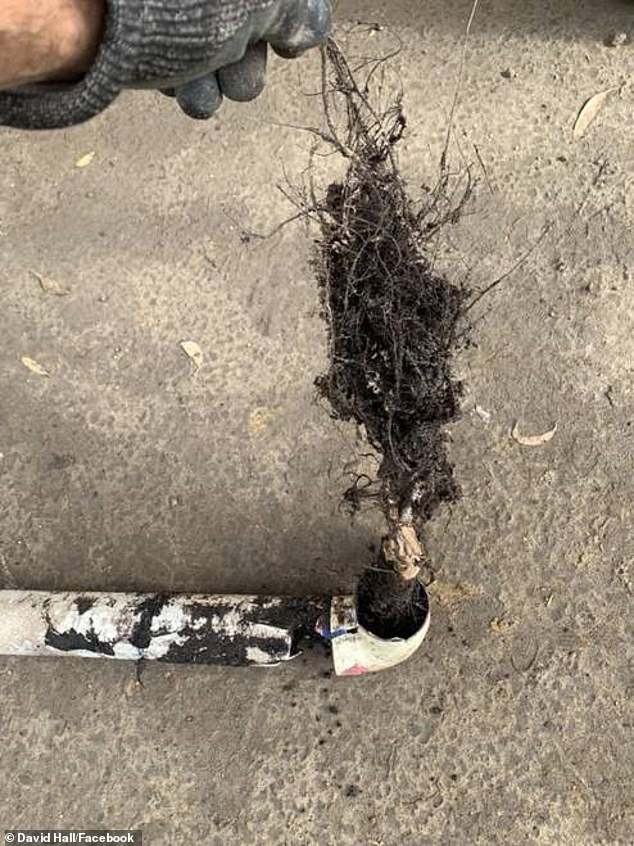 Mr Hall said he had found ‘just about everything’ inside a drain, from cloth nappies to dead animals and even the occasional python.

He said roots often caused blockages in drains as they seek out the moisture and nutrients in them.

‘They know the water is in there. They follow the pipe until they can find an opening to get in,’ he said.

Mr Hall has warned families to always check their drains and pipes.

‘Tree roots will absolutely go wild inside your pipes looking for water. Have them inspected and cleared every 12 months,’ he wrote on social media.

He said the stormy weather set to hit Australia’s east coast this week could worsen the root growth and encouraged homeowners to check their drains ahead of the rain. 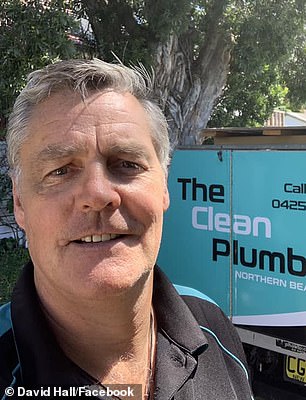 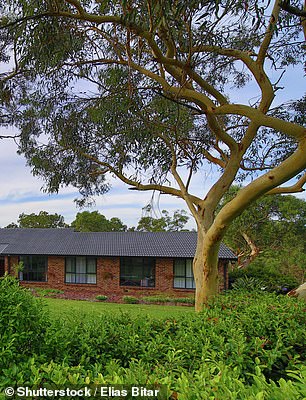 Mr Hall (pictured) has been a plumber for 37 years and said it was the worst blockage he had seen. A gum tree (right) was to blame for the flooding