A model who first walked the runway as a size 4 has revealed how she overcame a severe eating disorder to return to the catwalk as a size 14.

Norwegian beauty Karoline Bjornelykke, who is based in Oslo, walked for designers including Luis Vuitton and Chanel at London Fashion Week in 2012, but was damaging her body in her quest to maintain her waif-like frame.

After being given a stark health warning by her doctor, Karoline, 21, worked hard to overcome her condition and re-enter the fashion industry as a ‘curve’ size model, a bracket which covers women between a size 12 to 26.

Last week Karoline, who now wears a size 14, made her triumphant return to London Fashion Week, where she strutted her stuff for the MARK FAST fashion show.

Speaking exclusively to FEMAIL, Karoline reflected on her time as both a ‘straight’ and ‘curve’ model – and explained why the fashion industry still has a long way to go.

The return: Norwegian model Karoline Bjornelykke, 21, returned to London Fashion Week last week as a size 14, five years after she first walked as a size 4 while battling an eating disorder 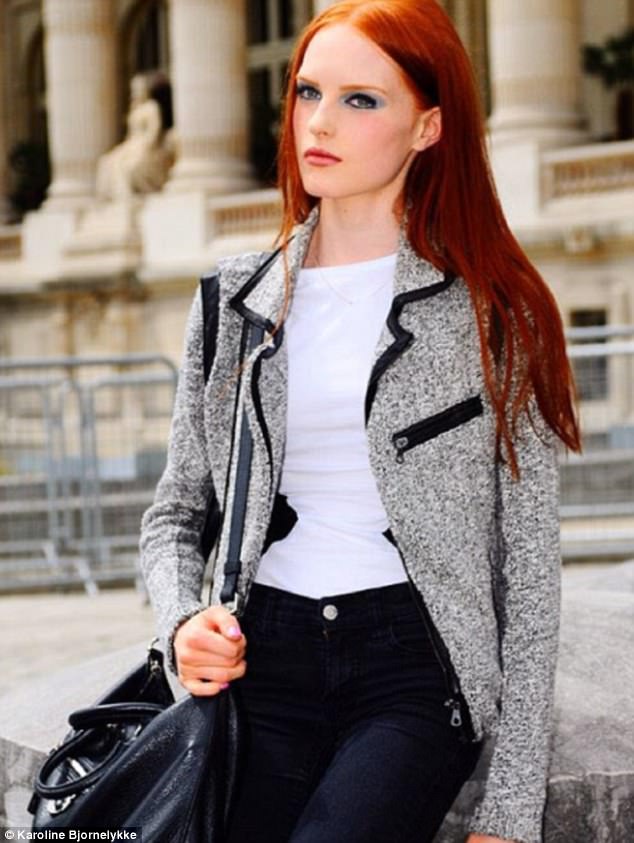 Waif-like: Karoline, pictured after a Chanel show when she was a ‘straight’ size model

She said: ‘I would assume about everyone agrees with me when I say that women of all sizes should be represented in fashion. My hope is that healthy, normal weight girls will be the norm and not considered “plus size”.’

Karoline’s fashion career started when she was a teenager and saw her walk for designers and star in magazine shoots around the world. She also shot beauty campaigns for brands including Covergirl, Sephora and L’Oréal.

She said it was the pressures of being a young woman, combined with a history as a competitive dancer, that led to her developing an unhealthy relationship with food. 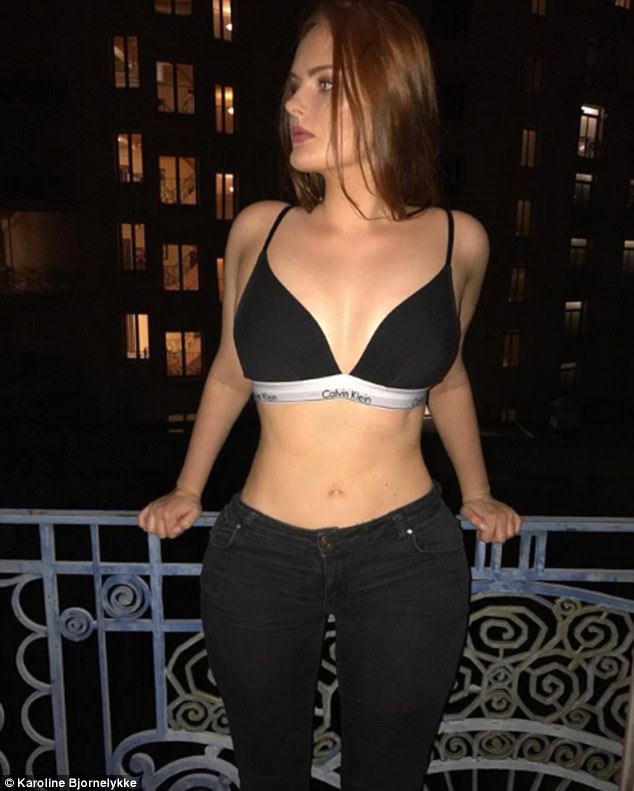 She continued: ‘As all other girls you feel a pressure from society to fit in to the beauty standard of being skinny. I also did competitive dancing from I was little that put a lot of pressure on me. We have all felt the feeling of not being good enough.’

However it was only when a doctor told her of the serious consequences she was risking that Karoline decided to change.

‘I went to my doctor for a regular checkup and she told me the dangers of being very skinny has on the heart,’ Karoline said. ‘That was a big shock for me because I had never felt unhealthy. I took her advice and gained a little weight.’

She continued: ‘Not long after I went to Tokyo for modeling. Their beauty standard is even more extreme then in Europe and despite already being underweight they wanted me to lose more weight. 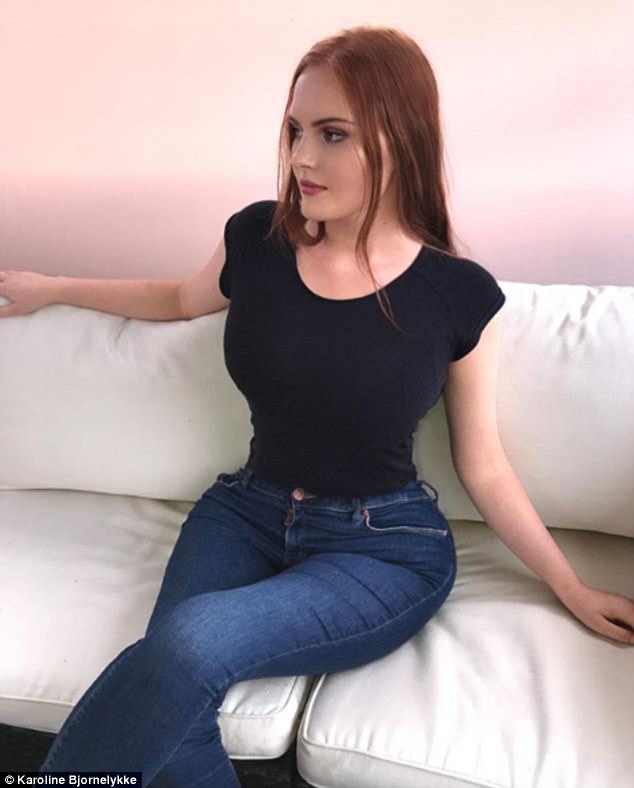 Comeback: The curvaceous model is now booking jobs while staying fit and healthy

‘It was something that felt so wrong about that. I had just gained a little weight to get healthier and was happy with that, and now they wanted me to lose it again.

‘I had a serious talk with myself and decided to not model if I couldn’t be healthy doing it. Luckily the industry is changing for the better, and I can now do modeling and being healthy doing it.’

Karoline said she now keeps herself fit with jogging, and credits her vegetarian/vegan diet for helping her feel healthier.

She added: ‘It’s important for me to keep my body healthy and fit, for myself and for my job, and also be able to have a relaxed and positive relationship with food and training.’

She said: ‘These aren’t just models any more, they are role models for younger women. They put pictures showing a belly roll or cellulite and they show its okay to have this. Curve models are here to stay.’