‘If we show the same desire as him we are going to have a chance’: Mauricio Pochettino says his Tottenham stars must work as hard as Lionel Messi if they are to turn around Ajax tie

Mauricio Pochettino has told his Tottenham squad that if they cannot play like Lionel Messi, they should at least work as hard as him.

Pochettino is still at a loss to explain his side’s sluggish start against Ajax in their Champions League semi-final defeat on Tuesday and pointed to the game’s greatest player as an example for how they need to improve.

While Messi’s 600 Barcelona goals are an obvious point of aspiration, Pochettino has been more mesmerized by the Argentine’s work off the ball.

‘He’s one of the Gods of football,’ said Pochettino after watching Messi’s two goals and wider contribution in Barcelona’s semi-final win against Liverpool.

‘It’s unbelievable, the desire and the capacity to fight with the ball at his feet and without the ball at his feet. I am so grateful to have the possibility to watch him every time I can. It’s a massive example. Today if I have 21, 22, 23, 17, 18, 14 (year olds) he must be my example.

‘Not what happens when he has the ball, but when he doesn’t have the ball he has unbelievable character, how he works for the team. We are talking about Lionel Messi, who has won everything, that is a massive example. That is why it is so painful to start the game like we started the semi-final against Ajax. 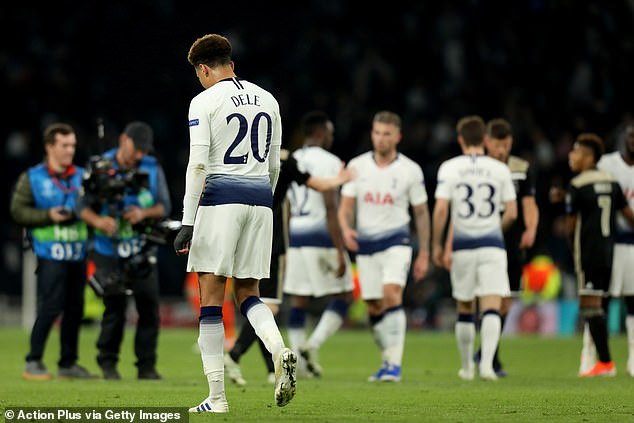 ‘If we play like we played the first 20 minutes it’s difficult to have a chance because Ajax wasn’t better than us. In the moment they showed more desire than us, they were better.

‘It is so painful, in the other semi-final when you see Messi’s desire and motivation and say, “Why weren’t we motivated in the same way”.’ Pochettino, meanwhile, has said his players’ health will always come first amid the discussion surrounding the head injury suffered by Jan Vertonghen earlier this week.

Tottenham were waiting on Thursday for test results from a neurologist after Vertonghen collided with team-mate Toby Alderweireld on Tuesday. He was cleared to continue the Champions League fixture in the aftermath of the clash but quickly had to be substituted and the outcome of tests at midday on Thursday will soon establish if he is suffering a delayed concussion.

Pochettino, who is unlikely to use Vertonghen against Bournemouth on Saturday irrespective of the results, has defended his medical team since the incident, saying they followed the concussion protocol before letting the defender return to the pitch. On Thursday, Pochettino referred to the footage of the Belgian changing his bloodied shorts on the touchline as a means of illustrating his presence of mind. 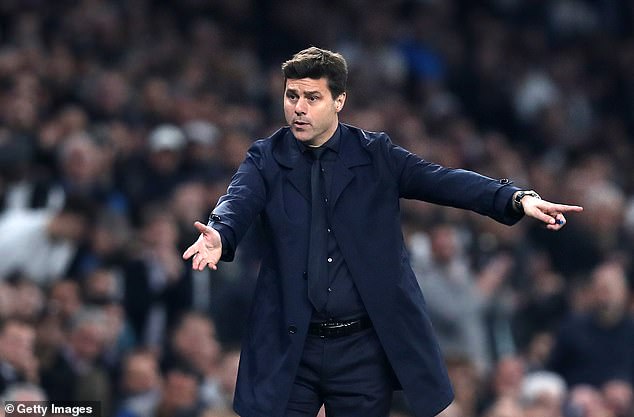 He said: ‘You can watch when he changed his shorts, in the tunnel, because he was a little bit worried about not changing his shorts in front of everyone. And that behaviour made clear he was conscious in every single moment. That’s why when the doctor followed the protocol they allowed him to go on the pitch.’

The episode has re-opened the discussion on whether independent doctors should preside over certain incidents, as well as the possibility of allowing temporary substitutions while concussions are diagnosed.

‘For me, at every single of my clubs, the doctor are independent, all the decisions they make are protecting always the health of the players. That’s my rule. At Saints, in my first season, when the situation with Hugo Lloris and Romelu Lukaku in Everton in 2013, we used this clip to talk with the players and all the staff – and gave all the power to the medical staff to take the decision.’