Mauricio Pochettino has told his Tottenham Hotspur squad they owe him a performance in return for a four-figure restaurant bill he picked up this week in the name of club bonding.

The Tottenham manager revealed he took a contingent of 50 on Wednesday night to the Beast crab and steak restaurant off London’s Oxford Street, including the entire first-team squad, coaching staff and chairman Daniel Levy.

The Argentine picked up the hefty tab after a dinner designed to stir extra cohesion in a squad that is yet to hit its stride this season. 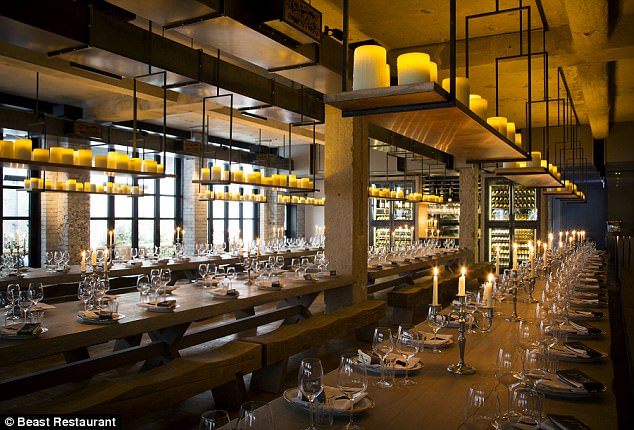 Speaking ahead of Saturday’s clash at West Ham, Pochettino said: ‘You need time to create a good dynamic. Not only with tactics but outside too.

‘We put all the staff, the players and the chairman too in a restaurant. It is as important as work on the pitch. It means they know each other better, to speak in a different way, creating links between them, emotion.

‘Then, when you must fight in a competition, there’s a willingness to help your team-mates more and care more for the gaffer that pays the bill!

‘When I pay, I pay good! Good restaurant, good food, good wine. It’s such a busy schedule that we have, playing every two or three days, and then all are away for international break, but this was a very good day to stay altogether outside and laugh and share in a different atmosphere.’ 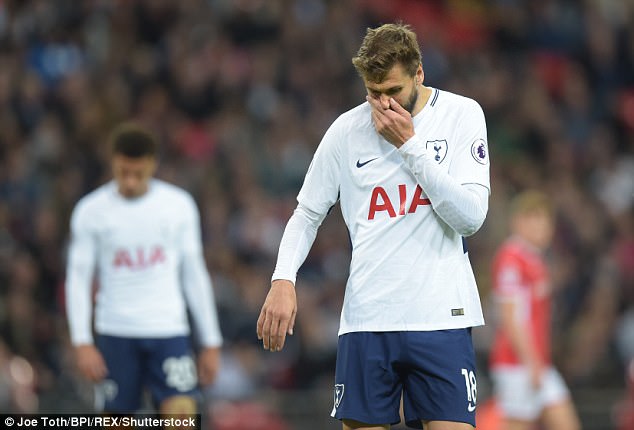 Among the new faces at the table was Fernando Llorente, who joined from Swansea on deadline day.

The £14m signing pleaded with fans to give him ‘more time’ after an underwhelming first start against Barnsley in the Carabao Cup win on Tuesday, and Pochettino cited Zinedine Zidane’s slow adaptation at Real Madrid in defence of the former Spain international.

Pochettino said: ‘He’s so humble, he won the World Cup. He’s played for some of the biggest clubs in the world and now we only need time.

‘There are different examples in the world – like Zidane at Real Madrid. He came from Juventus and only after six months did he start to perform in the way that he can play and he was really criticised. Only time, we need time.’