Poignant NYTimes front page is filled entirely with the names of 1,000 COVID-19 victims

Poignant NYTimes front page is filled entirely with the names of 1,000 COVID-19 victims on Memorial weekend as the nation approaches 100,000 dead

A powerful New York Times cover features the names of 1,000 people who have died from the coronavirus – but they are just one per cent of the total death toll.

The striking front page of Sunday’s paper was shared across social media platforms on Saturday evening and had the headline: ‘U.S. deaths near 100,000, an incalculable loss.’

‘They were not simply names on a list. They were us,’ the page reads.

Attached to each person’s name is their age and a few details about their lives.

A powerful New York Times cover for Sunday’s edition features 1,000 names of people who have died from the coronavirus

Names continue to be listed inside, along with an essay from Times reporter Dan Barry.

The project was spearheaded by Simone Landon, assistant editor of the Graphics desk for the New York Times, who wanted to show the ‘vastness and the variety of lives lost.’

Landon and her colleagues also felt that ‘both among ourselves and perhaps in the general reading public, there’s a little bit of a fatigue with the data,’ the New York Times reports. 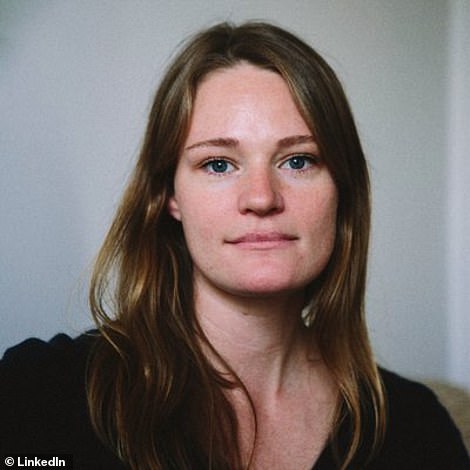 The project was spearheaded by Simone Landon, assistant editor of the Graphics desk for the New York Times , who wanted to show the ‘vastness and the variety of lives lost’

‘We knew we were approaching this milestone,’ Landon added. ‘We knew that there should be some way to try to reckon with that number.’

Landon thought of the idea of compiling obituaries and death notices of coronavirus victims, using clips from newspapers across the United States.

She was against using dots or stick figures to represent the deaths because it ‘doesn’t really tell you very much about who these people were, the lives that they lived, what it means for us as a country.’

Researcher Alain Delaquérière assisted in compiling the names by combing through online obituaries and death notices that had coronavirus listed as the cause of death.

A team of editors and three graduate student journalists then assisted in going through the 1,000 names he compiled, pulling information about each person.

‘I wanted something that people would look back on in 100 years to understand the toll of what we’re living through,’ Lacey said.

Bodkin had two ideas for the page: either a grid of hundreds of pictures for those who have died from the virus or an ‘all type’ concept.

He noted that he did not remember a front page without images during his 40 years at The Times. 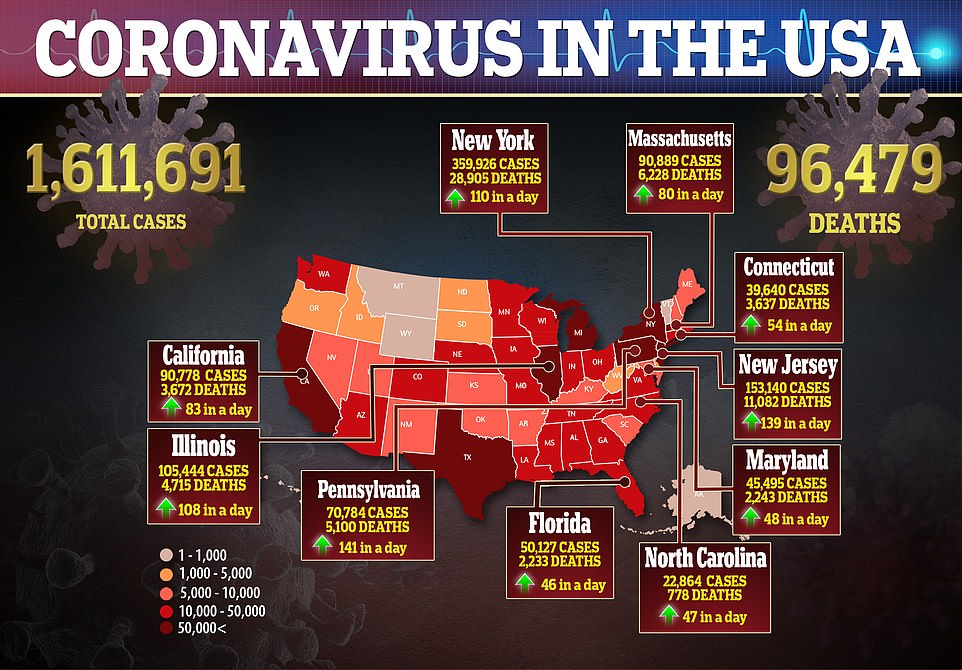