The two men killed in a horrific triple fatality in Melbourne’s west on Christmas Eve have been identified as brothers.

The men, aged 37 and 40, were taking a new Audi ‘out for a squirt’ on Palmers Road in Point Cook about 7.30pm on Sunday, when they smashed into a Honda Jazz.

Both men died, as did the 50-year-old female passenger of the other vehicle.

Assistant Commissioner Doug Fryer, who attended the crash, told 3AW on Thursday it was a ‘horrific scene’. 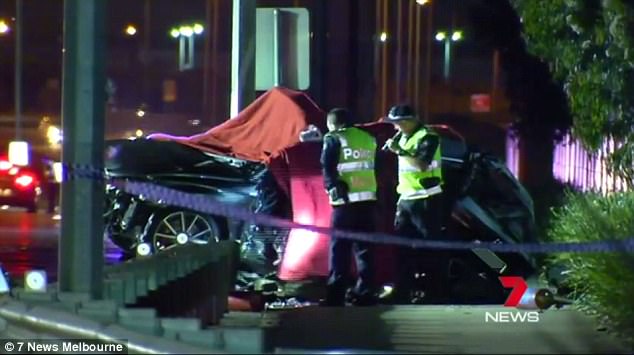 The pair were taking a new Audi ‘out for a squirt’ and travelling at about twice the speed limit, Assistant Commissioner Doug Fryer said

‘[The crash] ripped their car apart, the whole motor was ripped from the vehicle, the battery was 100m down the road,’ he said.

Assistant Commissioner Fryer said the men, who were local to the area, were travelling ‘at speeds that were ridiculous’.

He claimed the car was going about double the 70km/h speed limit of the road.

‘[The brothers have] given the car a squirt, and it was an incredibly dangerous thing to do, and it’s had fatal consequences,’ he said.

‘They’ve also taken the life of an innocent woman who was probably coming home to wrap presents.’ 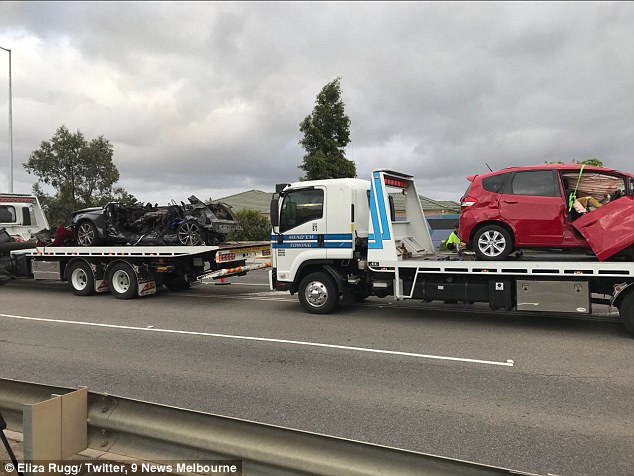 A woman who said she is a friend to the parents of the brothers took to Facebook to defend the men.

‘Two responsible, mature brothers who went for a short drive with a new car , unfortunately never made it to a traditional Christmas Eve dinner,’ she explained.

The driver of the Honda remains in hospital with serious injuries. 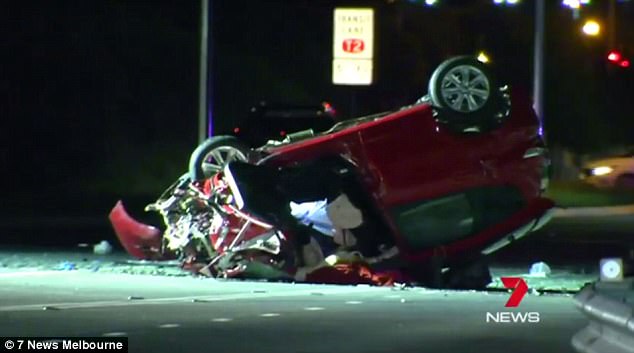 The 50-year-old female passenger of the Honda Jazz (pictured) was killed, while the driver remains in hospital