It was the win the world wanted, the one that kept fantasy alive at this most pitiless World Cup. Lionel Messi is still here; football’s greatest magician will not exit the stage just yet; The Dude abides.

Argentina, and Messi, were brilliant last night. They dispatched Poland, and Robert Lewandowski, who by some miracle also survived, separated from Mexico on by a late Saudi Arabian goal which negated the need for fair play points to decide the outcome. The second goal, scored by Manchester City’s Julian Alvarez, gave Argentina space to breathe, but frankly they deserved to win by six or more. What they did not deserve, however, was the first-half penalty awarded them by referee Danny Makkelie which would have been a travesty had Messi not missed. More of that later. 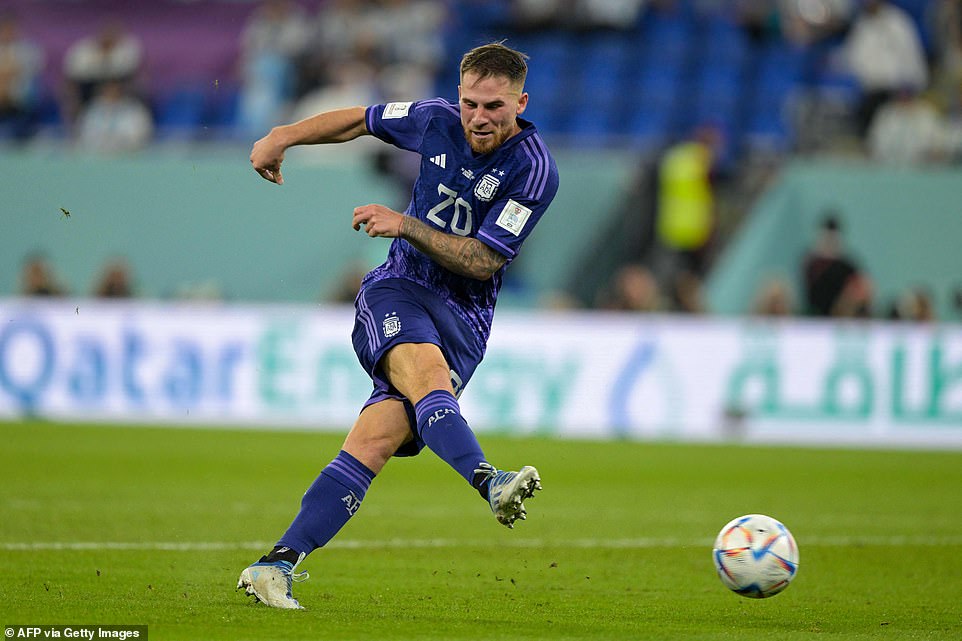 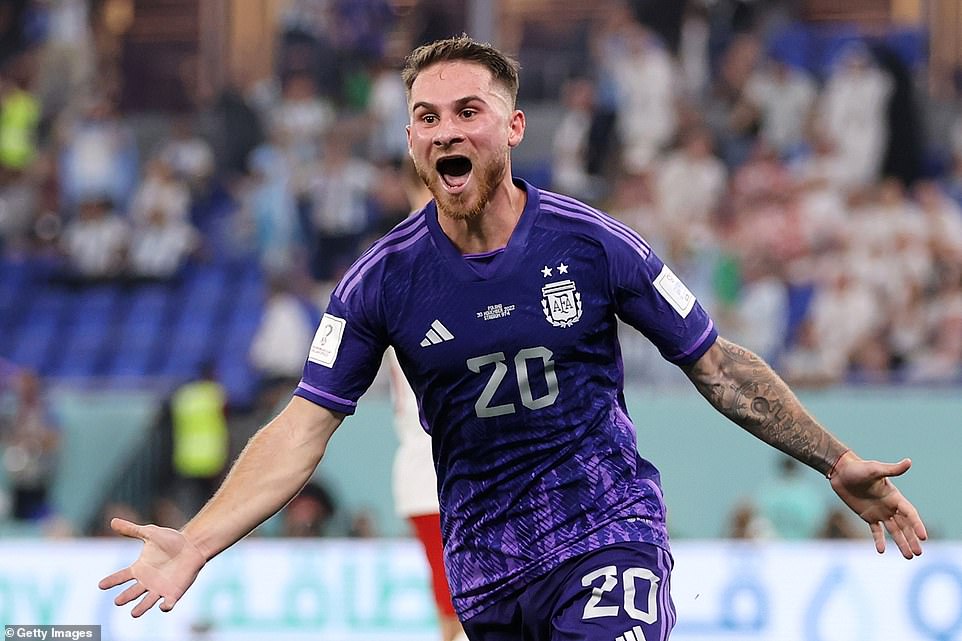 Back to the goal action and Alvarez’s 67th minute strike, which did nothing for Argentina bar boost confidence – they were already winning the group with the score at 1-0 – left Poland on tenterhooks. Should a group be decided on yellow cards? It hardly encourages the cavalier and Poland played as if in a stupor. Defeat was no more than they deserved, for a negative, conservative performance that handed the initiative to their opponents, who had every right to be nervous. Fear soon evaporated when they realised how one-sided this occasion was going to be and by the time Alvarez added to Alexis Mac Allister’s opener, Argentina were playing some of the best football of the tournament.

It was a lovely assist from Enzo Fernandez of Benfica, just 21 and considered a gamble by coach Lionel Scaloni. He looked an old head putting Alvarez in, though, lovely skill and a little dinked pass before Erling Haaland’s understudy lashed it past goalkeeper Wojciech Szczesny, the Polish player who least deserved to lose. What a missed opportunity this performance was for his country, who haven’t progressed at a World Cup group stage since 1986. Now they meet France, not Australia. Argentina by contrast have failed to make it through just once since 1962, so many will wonder what the fuss was about. It was the fear of losing Messi that did it. God, how this competition needs the pure romance of his presence. 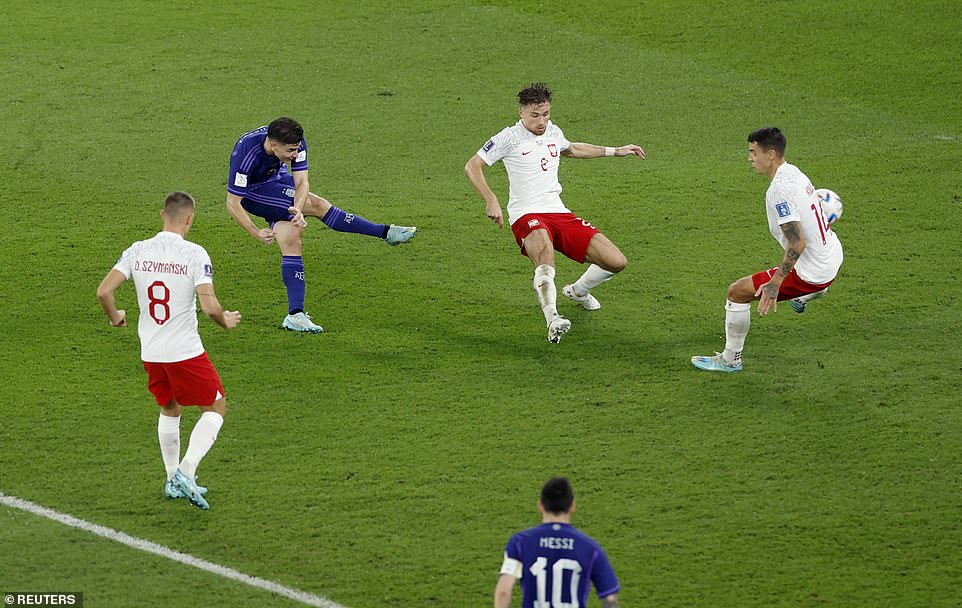 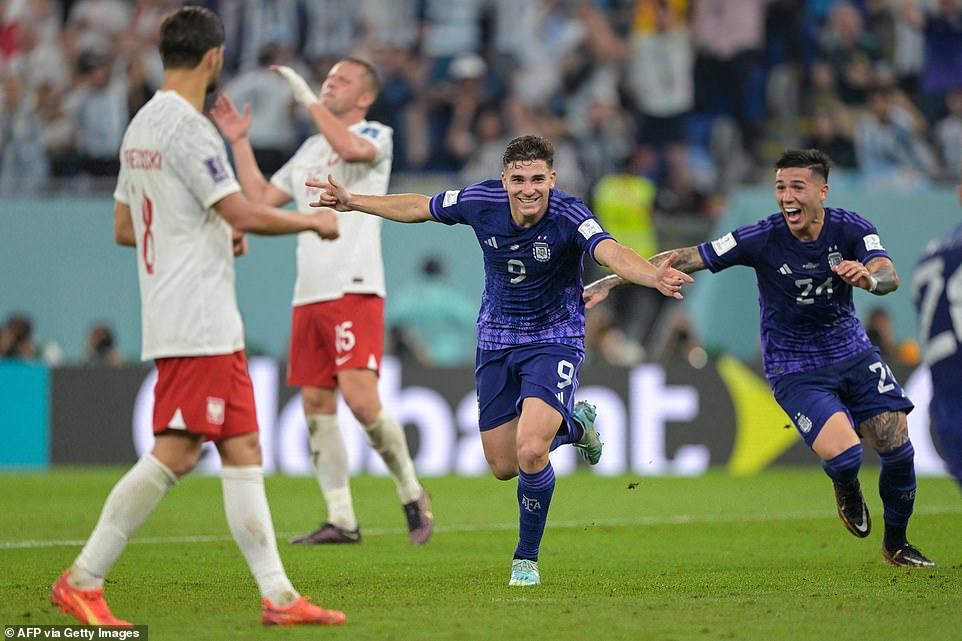 This was a World Cup forged on corruption but there has never been the taint of suspicion against any of the events on the field. Until the 36th minute of the first-half last night, that is. It was at that point it was possible to imagine a narrative had been conjured at FIFA central and it involved Lionel Messi and his last World Cup hurrah. Argentina had completely dominated Poland to that point, but couldn’t score. So the officials decided to net one for them. Had it been allowed to stand it would have been one of the most absurd, unfathomable decisions in this tournament’s history – and there have been quite a few.

This, however, cannot be blamed on a rogue official overawed by the stellar names or the occasion. This was Danny Makkelie of Holland, one of UEFA’s most experienced referees. He has taken charge of the UEFA Europa League final, of the European Championship final between England and Denmark. If he thought this was a penalty he should never be let near a whistle again.

It began with a shot from Julian Alavrez that was parried by Poland goalkeeper Wojciech Szczesny, who was having a super game. The ball came out and Alavrez retrieved it, crossing deep to the far post. Impressively, Szczesny had got to his feet ands recovered, charging to the back post and jumping with one arm outstretched to where Messi was challenging for the ball. The Argentinian got there first but had steered his header wide by the time Szczesny’s fingertips flicked his forehead on the follow through. Messi collapsed to the floor as if assaulted. 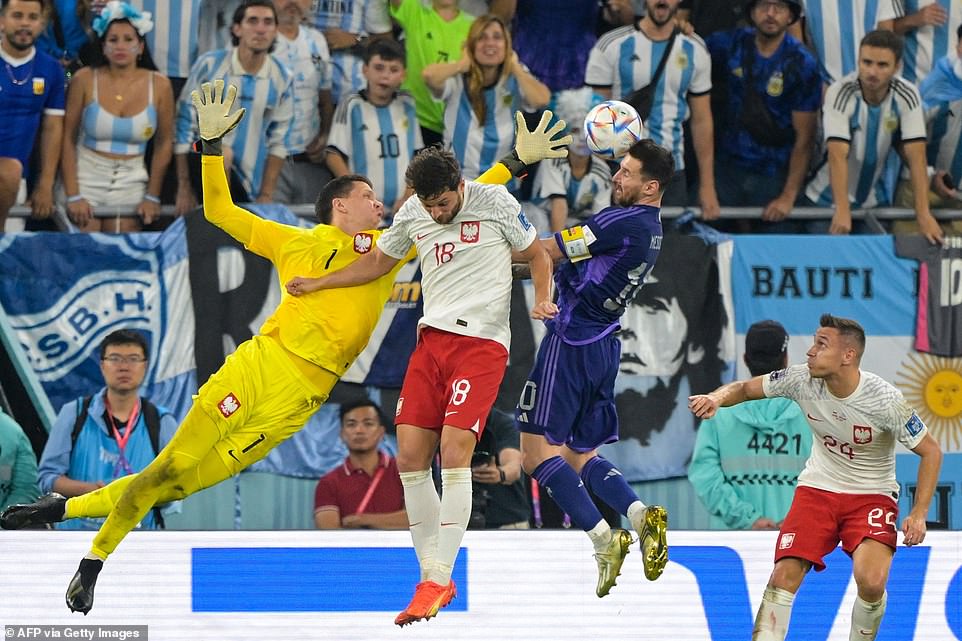 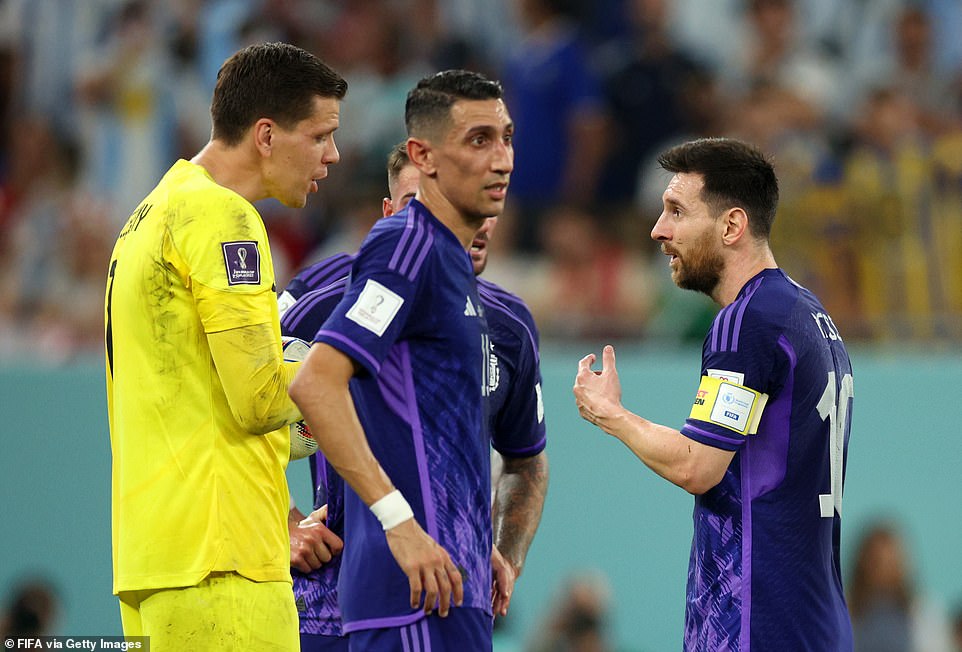 If Cristiano Ronaldo had done it, the critics would have said he cheated. So Mess cheated. There, said it. And in the VAR room, Pol Van Boekel – Makkelie’s countryman who Tottenham fans may remember as the man who disallowed Harry Kane’s goal against Sporting Lisbon recently and sent Antonio Conte beserk – saw a foul, or an opportunity to make FIFA and the Messi fan club happy. He summoned Makkelie to look at the monitor. Surely, two experienced officials couldn’t take leave of their senses. Apparently, they could. Makkelie made the universally rectangular signal which translates as ‘I have lost my mind’ and pointed to the spot. It was a desperately poor decision. Szczesny gained zero advantage from this sliver of contact. Yet, there it was. Messi over the ball ready to ensure injustice was done.

But, no. Messi hit the ball to his right but at a nice height and not as snug to the corner as he would have liked. Szczesny kept his hands strong and saved brilliantly. Around the world, Messi-lovers will have groaned; football-lovers maybe not. Everyone would love to see Messi play out his destiny at this World Cup, but not like that. Not by distorting the game. If Argentina were to score, they needed to do it fair and square. 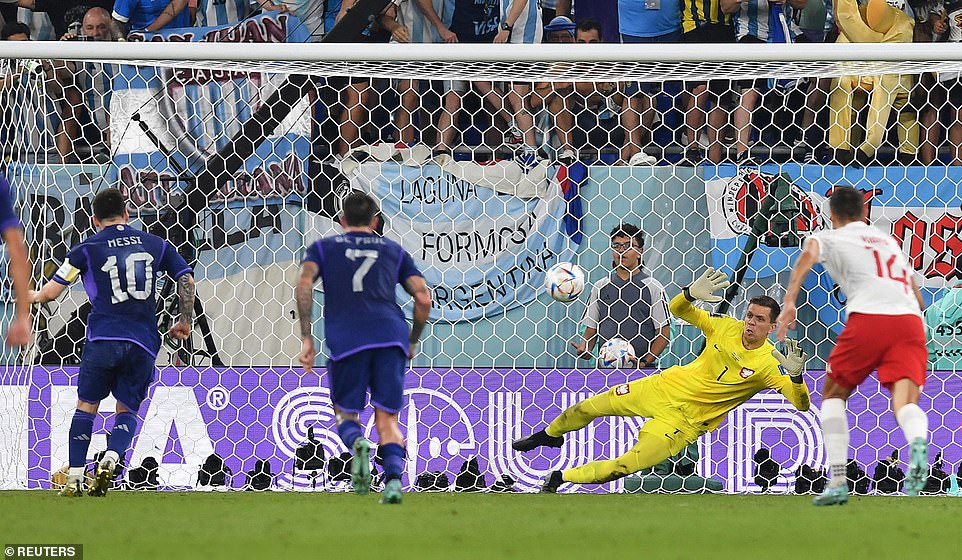 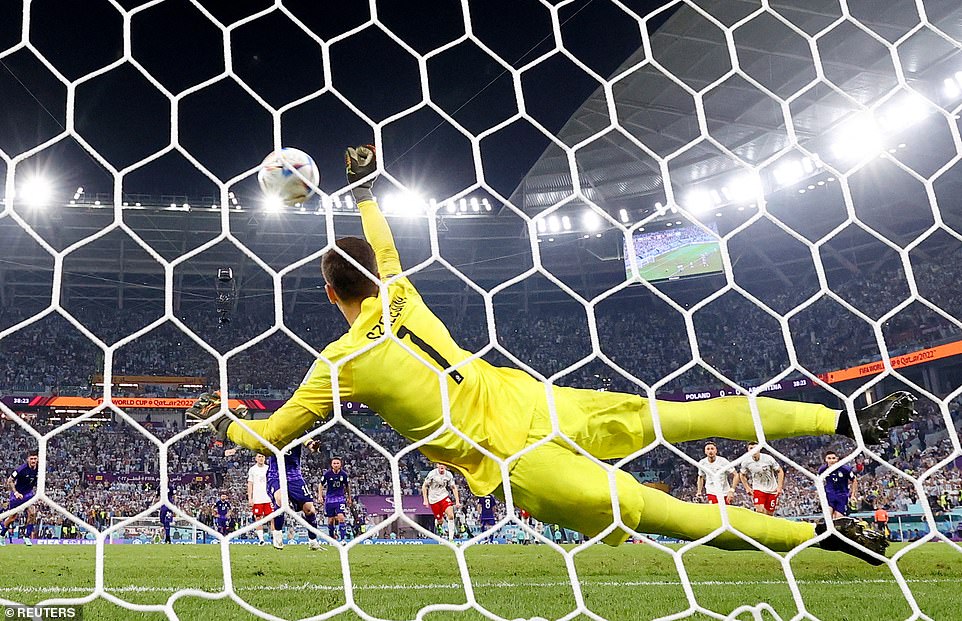 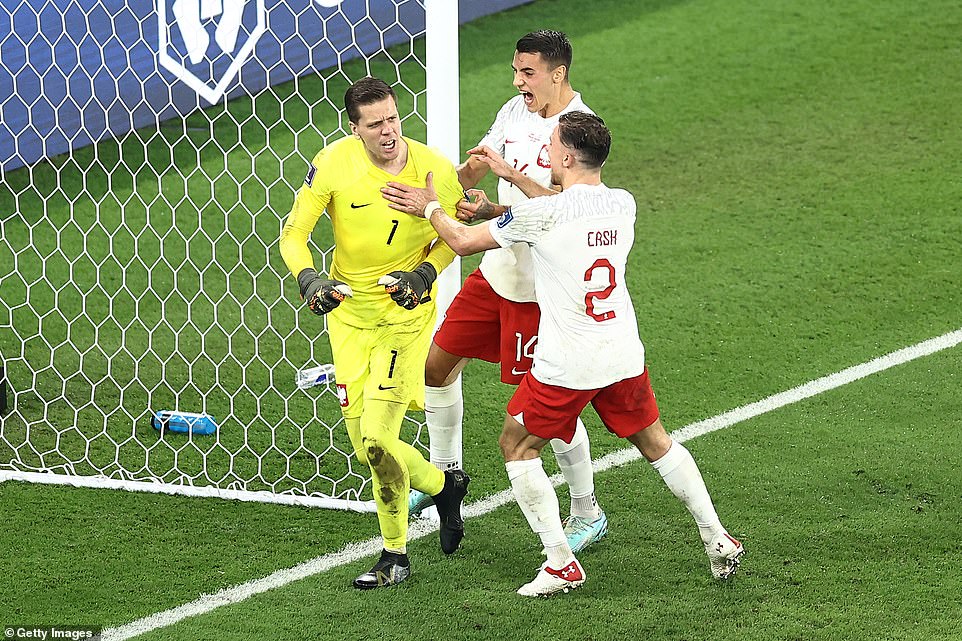 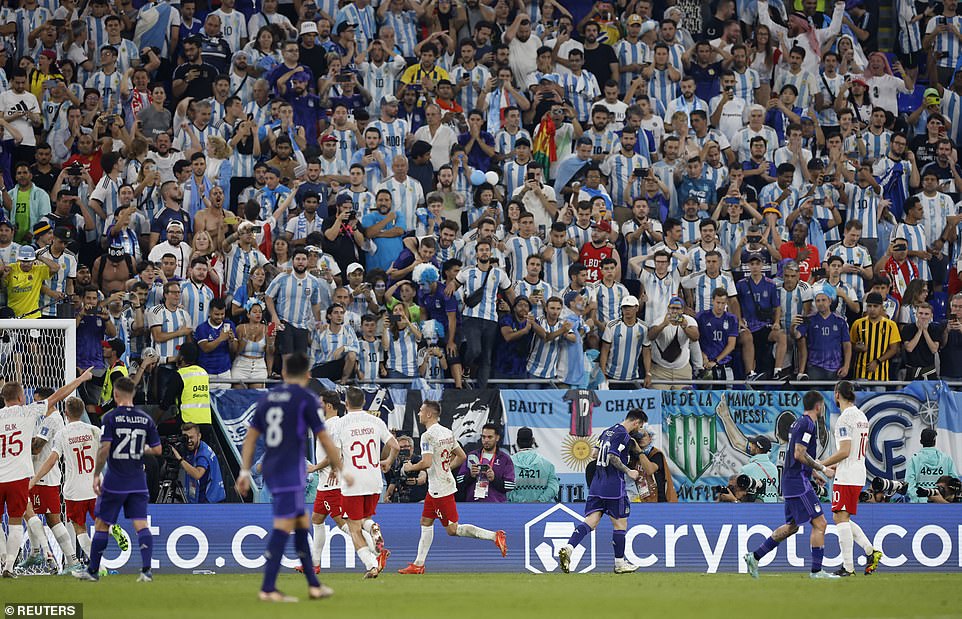 And they did, 55 seconds into the second-half. It was the goal their pressure and dominance deserved and if it was fortunate, so what. Teams can get lucky sometimes, that’s the sport and very different to a referee almost wantonly altering the narrative.

So it was something of a fluke. Angel Di Maria played the ball to Nahuel Molina on the right flank and he cut the ball back for Brighton midfielder Alexis Mac Allister. He hit a poor shut. Weak, scuffed but both flaws became a virtue because it sent the ball on a trajectory that took it into the far corner and tamely off the post into the net, Szczesny at last defeated.

It was no more than Argentina deserved. Poland had been hugely disappointing, Robert Lewandowski isolated upfront, and the team toothless as a result. It was all Argentina. From the second minute when Nicolas Otamendi rose above Bartosz Bereszynski and headed wide, Lionel Scaloni’s team were on top. Messi had a shot saved after seven minutes, and another three minutes later. Marcos Acuna and two go wide in the space of nine minutes, the same time lapse separated two Szczesny saves from Alvarez. Enzo Fernandez had a shot go wide from 25 yards and Di Maria almost scored directly from a corner – a vicious inswinger that Szczesny did well to tip over backpedalling on his goal-line.

So, yes, Argentina merited their lead and its consequence. Yet it is worrying that so many figures in authority seemed so keen to make it happen before it did. 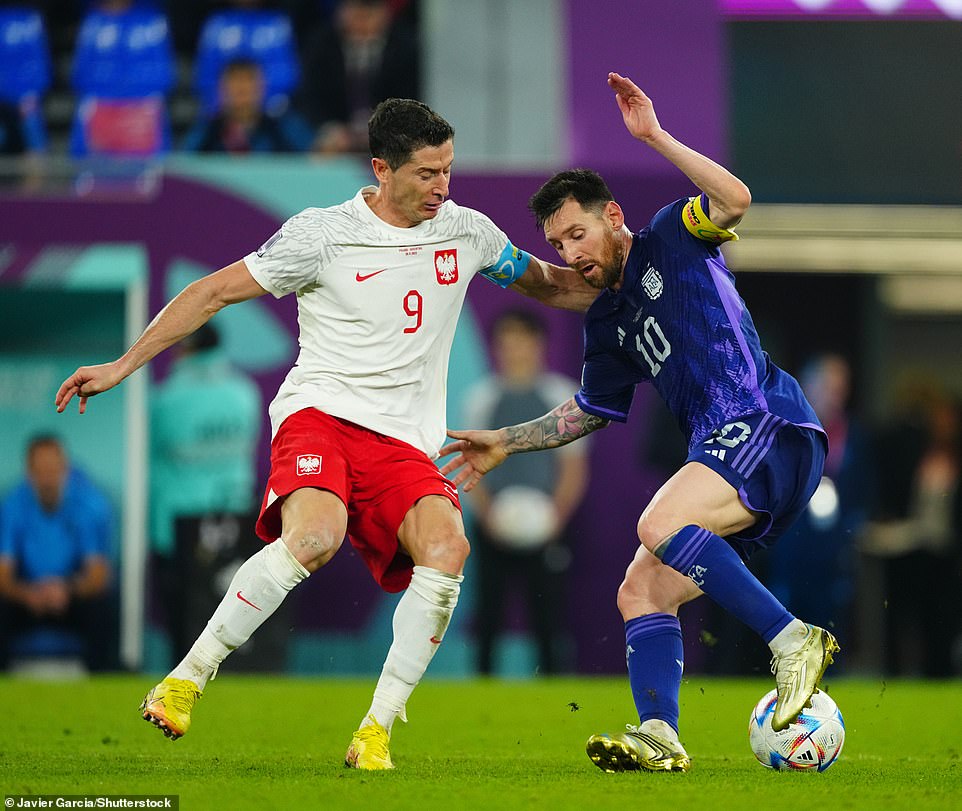 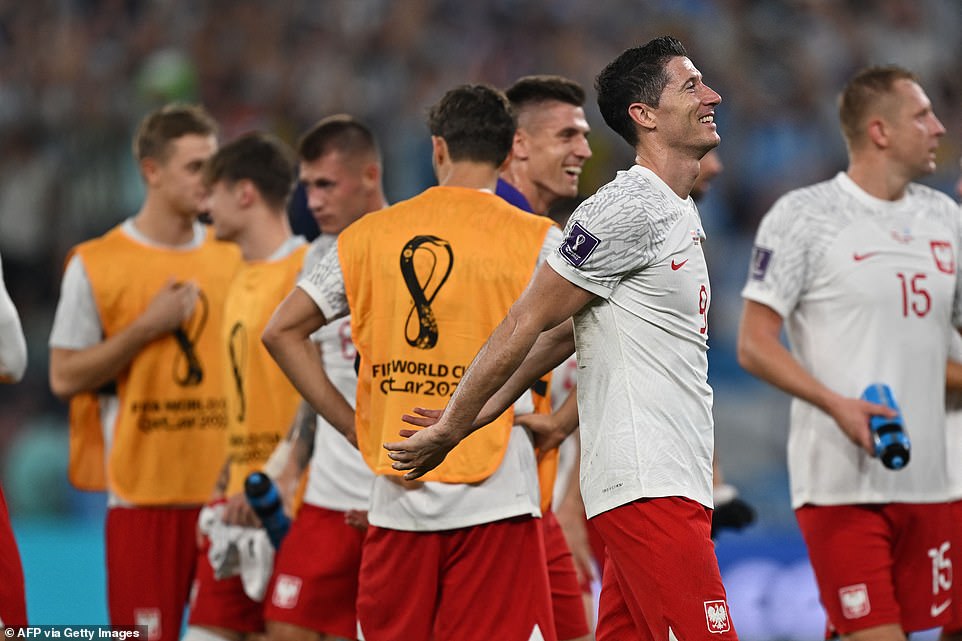 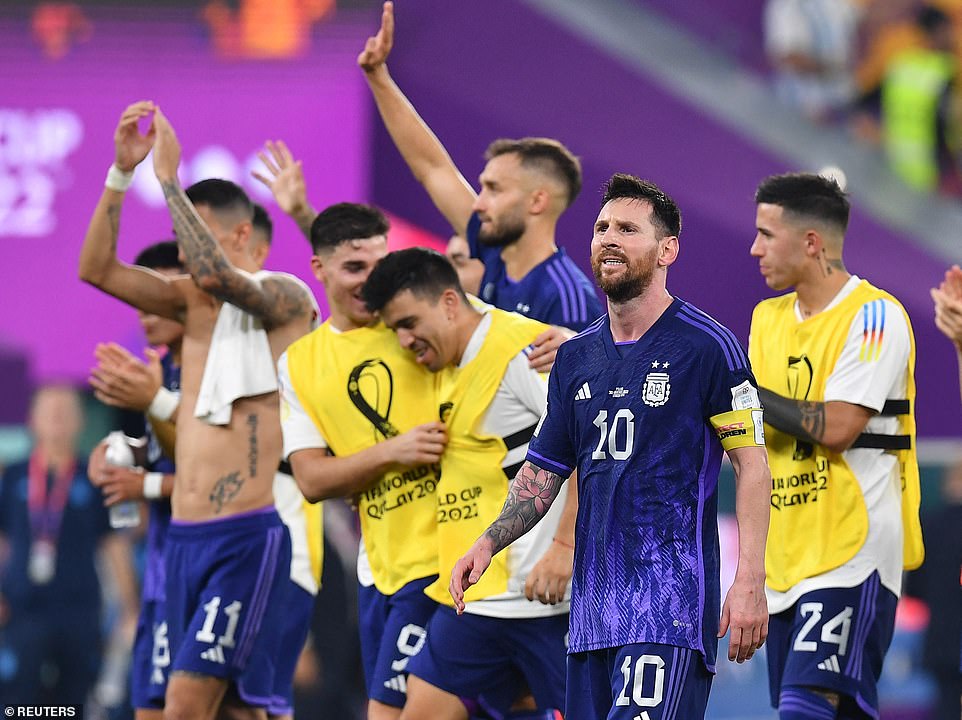 RE-LIVE ALL THE ACTION AS IT HAPPENED…