Poland’s PM: Cabinet reshuffling to be completed after…

WARSAW, Poland (AP) – Poland’s new prime minister, Mateusz Morawiecki, says all planned changes in the makeup of his Cabinet should be known shortly after Jan. 6.

Poland’s ruling Law and Justice party has suggested for several months a government reshuffling could be in the works. There’s been pressure for the country’s defense and foreign ministers to be dismissed.

The only significant change so far was Morawiecki’s promotion from finance minister to prime minister this month. Party leaders said he was put in the job to help the government focus on the economy and improve ties with European Union leaders.

Polish Prime Minister Mateusz Morawiecki arrives for an EU summit at the Europa building in Brussels on Thursday, Dec. 14, 2017. European Union leaders are gathering in Brussels and are set to move Brexit talks into a new phase as pressure mounts on Prime Minister Theresa May over her plans to take Britain out of the 28-nation bloc. (Francois Lenoir, Pool Photo via AP) 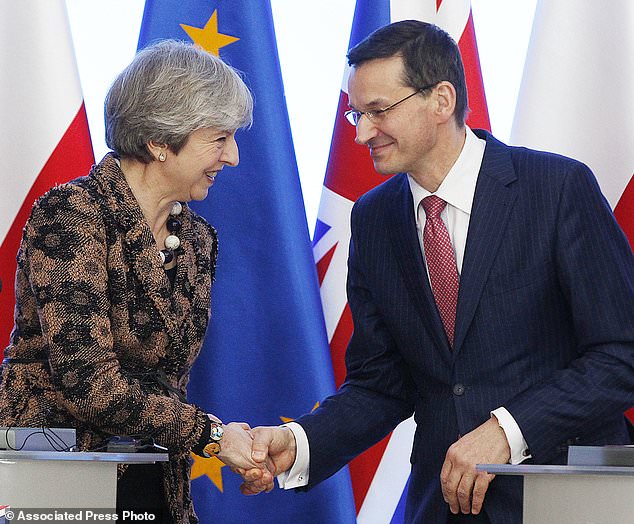 Polish Prime Minister Mateusz Morawiecki, right, and Britain’s Prime Minister Theresa May shake hands during a press conference after signing a treaty between Poland and Britain on cooperation in the field of defense and security in Warsaw, Poland, Thursday, Dec. 21, 2017. (AP Photo/Czarek Sokolowski) 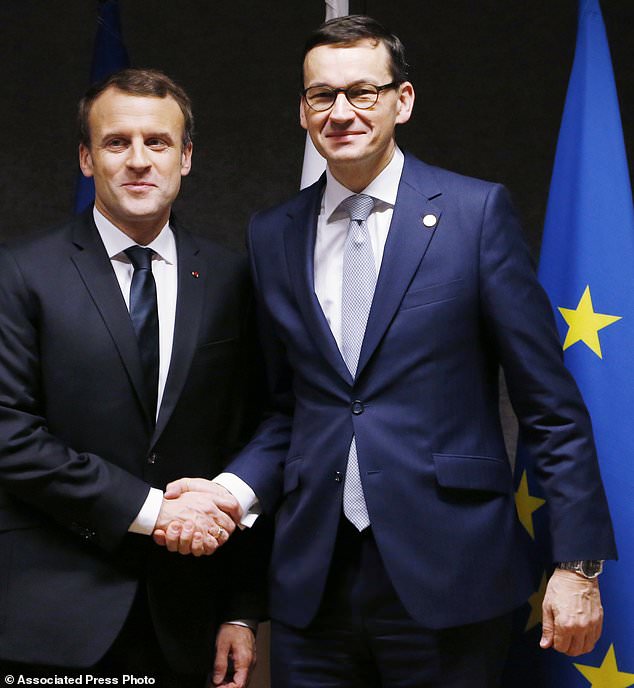 French President Emmanuel Macron, left, shakes hands with Polish Prime Minister Mateusz Morawiecki prior to a meeting on the sidelines of an EU summit in Brussels on Friday, Dec. 15, 2017. EU leaders meet Friday to launch Brexit talks into a new phase and to discuss the euro and banking union. (Francois Lenoir, Pool Photo via AP)