‘Officers feel under siege’: Police are now filming incidents on their mobile phones so they can refute claims of racism made online

Police officers are privately recording incidents on their personal mobile phones so they can refute claims of racism or sexism that are posted on social media.

Amid mounting anger at being erroneously ‘named and shamed’ and fear that they won’t get the public support of their bosses if false claims are made, officers are keeping personal records of exchanges ‘for their own protection’.

Ken Marsh, chairman of the Metropolitan Police Federation, told The Mail on Sunday: ‘I know it’s happened with officers because they think, for their own protection, “I’m going to record it or film it.”

‘I’ve had numerous officers tell me face to face they are going to start recording themselves if body-worn footage can’t be released.

‘I don’t want it to be happening but I understand why. With the levels of fear, they are just trying to look after themselves.’

A police source added: ‘Officers have done this for some time but the issue with videos on social media has made it a much more pressing problem. Rank-and-file constables feel under siege.’

In one incident earlier this year, a man who was stopped in London accused a Met officer of racially abusing him during a conversation.

The officer, who was also wearing a body-worn camera, is understood to have taped the exchange on a personal mobile phone that was in his pocket.

The allegation was later dismissed after an investigation.

Anxiety about being accused of wrongdoing on social media has spiked following an incident earlier this month involving a black Labour MP.

After a BMW in which she was a passenger was stopped by police, Dawn Butler accused officers of ‘racially profiling’ both her and the driver.

The officers apologised and explained that they had incorrectly entered the car’s registration number, but Ms Butler posted footage of the conversation.

Later she said: ‘It’s obviously racial profiling. We know that the police is institutionally racist and what we have to do is weed that out.

However, senior Scotland Yard officers said the car’s tinted windows meant the officers were unable to see the occupants before the vehicle was stopped in Hackney, East London.

However, the officers involved are said to feel ‘let down by management’ because footage from cameras mounted on their uniforms has not been released.

‘Can it be fair that anyone can take a video of my colleagues and publish it instantly without asking them and they have to live with that?’ asked Mr Marsh. 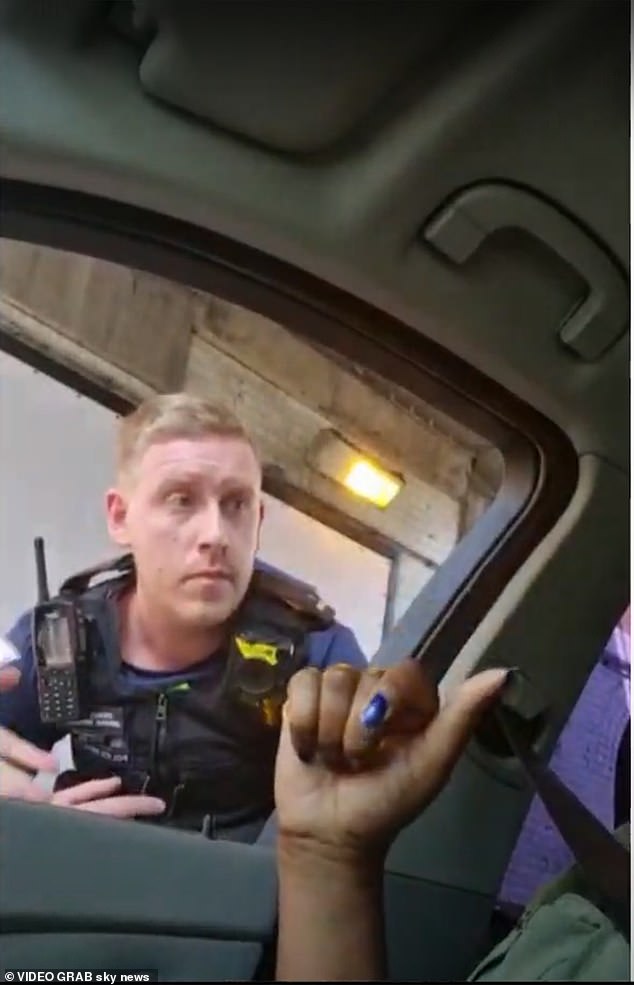 ‘So why on earth can we not do the same? If we had been able to share the body-worn camera with the public immediately, we wouldn’t have this problem.’

It is understood that Scotland Yard lawyers are working to overcome issues that would allow footage from the 22,000 body-cams used across the Met to be made public more easily.

A Scotland Yard spokesman said: ‘It is important to remember that viral videos are a snapshot in time, the wider context is not immediately obvious.

‘We all have responsibility not to judge until the full circumstances have been made clear.’