A man has been arrested on suspicion of attempted murder after a cyclist was brutally stabbed in front of horrified shoppers.

The victim suffered serious injuries when he was savagely attacked in Hereford city centre today.

Following the stabbing, he managed to stumble to a phone shop before collapsing on the pavement. 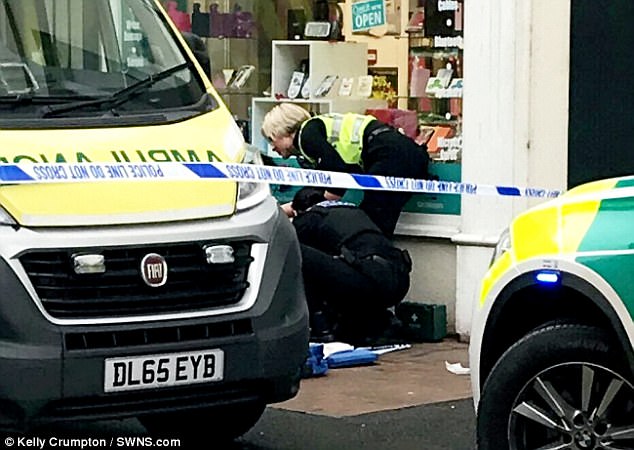 A nurse who was on her lunch break was the first on the scene and helped the victim while shoppers dialled 999.

Minutes after the attack a suspect was arrested on suspicion of attempted murder and he remains in custody.

An eyewitness said: ‘A man was sat on the floor with a lot of blood coming out of him outside Phone Matters.’

Phone Matters worker Halit Oral, 32, said: ‘A cyclist was stabbed by a man as he rode past.

‘He managed to get outside our shop before he fell down to the ground.

‘Lots of people went to help him. 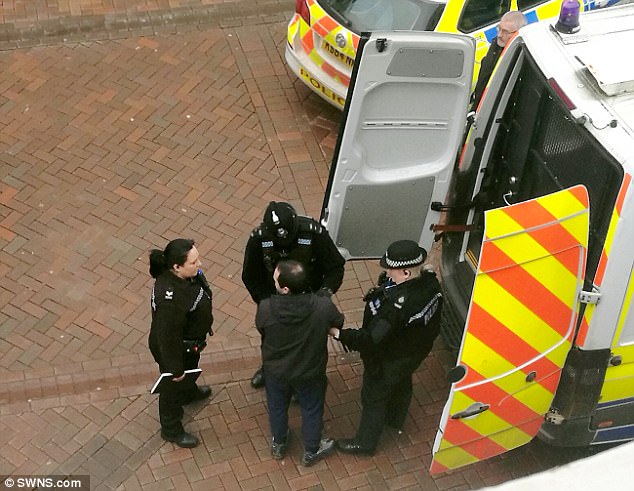 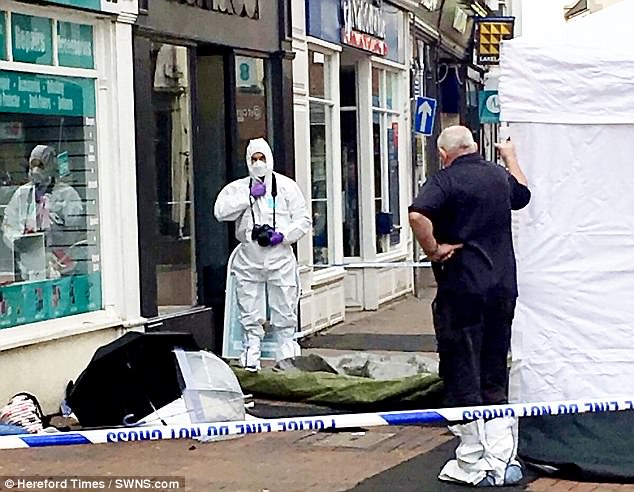 ‘A nurse was on her break and carried out first aid.’

West Mercia Police has now called for witnesses to come forward with information.

Chief Inspector Dean Jones said: ‘One man has been taken to Birmingham hospital and one person is in custody following an altercation in the last hour.

‘The altercation involved at least two young men and they are urging members of the public to come forward.

‘There has clearly been a major incident and we are controlling the scene. We thank members of the public for their understanding with the scene. 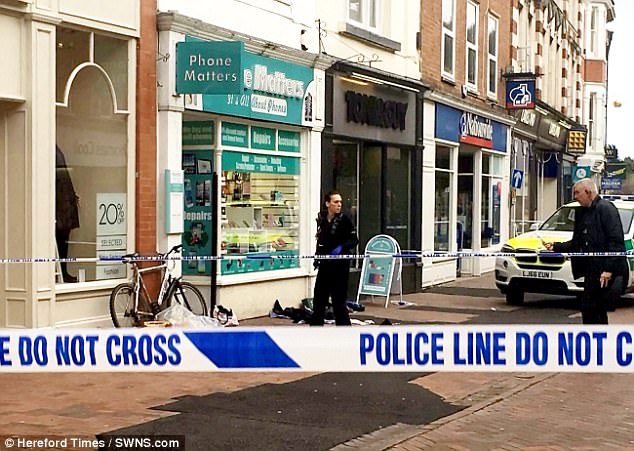 A police officer on the scene in Hereford, as the victim of the attack is treated in hospital 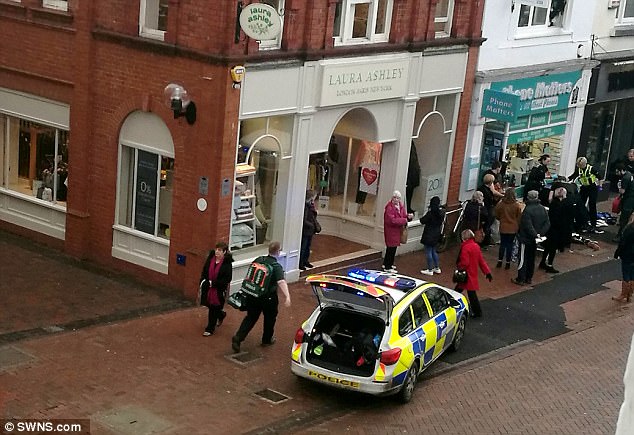 ‘We know the incident occurred sometime within the last hour.’

Eyewitness Alison Firmin said she saw the stab victim collapse to the floor.

She said: ‘There was a lot of blood. He had been bleeding.

‘He was holding his side. I assume he was injured lower down.’

A spokesperson for West Midlands Ambulance said: ‘A man has suffered serious injuries after an incident in Hereford town centre.

‘West Midlands Ambulance Service was called to reports of a stabbing outside McDonalds in Commercial Street at just before midday.

‘An ambulance and a paramedic officer were sent to the scene while the Midlands Air Ambulance from Strensham landed at the nearby Hereford County Hospital.

‘Ambulance staff treated a man for serious injuries at the scene of the incident before he was taken on blue lights to Hereford County Hospital where he is undergoing treatment.’