Police arrest man with weapons at Houston hotel on NYE

A drunken man has been arrested after police found him with an arsenal of weapons on the top floor of a Houston hotel – just hours before the New Year’s Eve ‘ball drop’ party was due to take place below.

The alert was first raised at 1.30am on Sunday over an intoxicated man who was acting erratically and belligerent at the bar at Houston’s Hyatt Regency Hotel, Texas. Security attempted to send the guest to his room, but he started fighting with them, so they called the cops officials said.

When officers arrived, they planned to arrest him for trespassing but spotted ammunition in his hotel room – on the top floor of the hotel, along with a rifle, shotgun and a handgun. They also found other weapons in his white Chevrolet pickup truck which has been towed away.

The discovery has sparked fears that is could have been an attempt to replicate the deadly mass shooting at a Las Vegas hotel in October. In that incident, Stephen Paddock opened fire on the crowd of music festival goers below, from his high rise hotel room, leaving 58 dead and 546 injured. 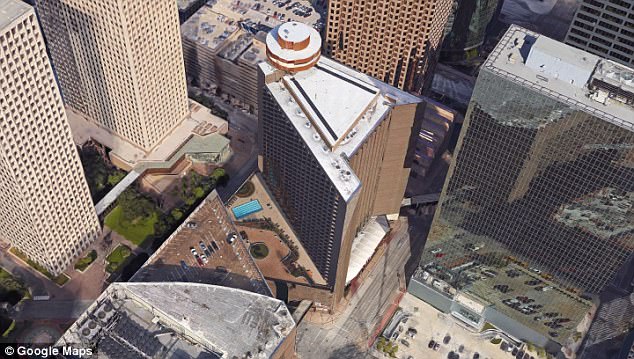 The guns in the Houston suspect’s room were found hours before the Hyatt’s New Year’s party, where 2,000 guests will gather for the 50,000-balloon drop at midnight from the top of a 33-story atrium.

However, police say it was not immediately clear whether he had any ill intent.

‘We aren’t making any assumption one way or the other,’ Police Chief Art Acevedo told the Houston Chronicle.

Acevedo tweeted later on New Year’s Eve that the threat had been ‘contained.’

‘No specific threats to @HoustonTX. @houstonpolice will be heavily deployed throughout the city to include SWAT react teams. Proud of officers & Hyatt. As always be vigilant & report suspicious a activity to authorities.’

The man has been arrested for unlawfully carrying a weapon and trespassing, but police are not yet releasing his name.

Police were waiting for the man to sober up before they carried out the official interview this morning.

‘He’s intoxicated so they won’t be able to interview him till he’s sobered up a bit,’ Lt. Gordon Macintosh said. 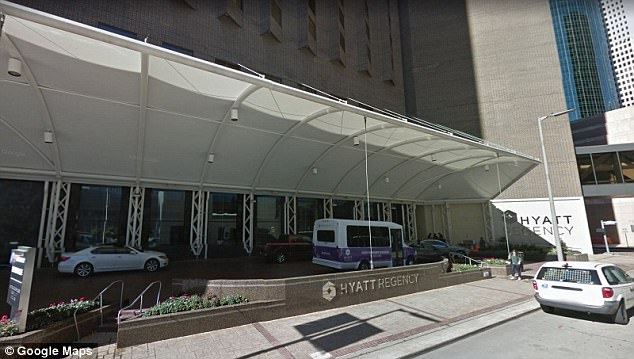 When officers arrived, they searched his room, on the top floor of the hotel, and found a rifle, shotgun and handgun in his room, plus ammunition (pictured is the hotel) 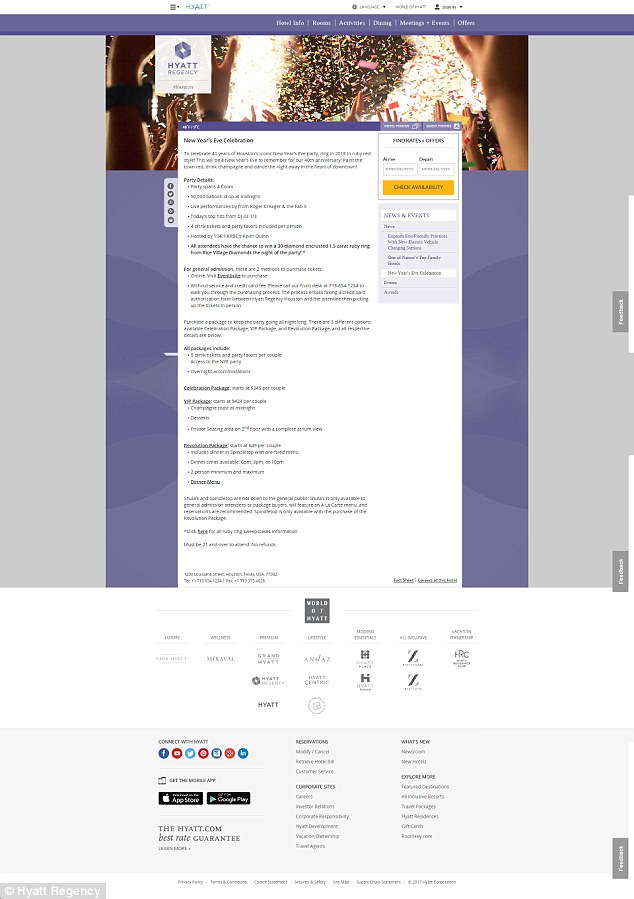 Hundreds of revelers will gather for the Hyatt’s New Years Eve celebration at the hotel with a 50,000 balloon drop at the stroke of midnight 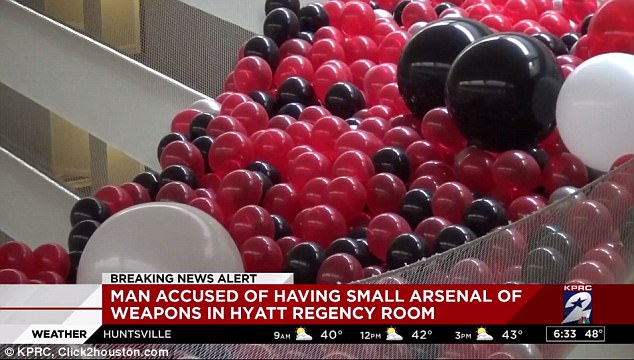 The Hyatt is still planning to go ahead with the balloon release (pictured are the 50,000 balloons ahead of the release)

Meanwhile, below the suspect’s hotel room, thousands of revelers will gather for the  New Years Eve celebration after staff confirmed that that the event will go ahead as planned.

The Hyatt Regency Houston said in a statement: ‘The safety and security of our guests and colleagues is our top priority, and consistent with the hotel’s prepared security plans, heightened measures are in place on New Year’s Eve.

‘We are fully cooperating with authorities on an investigation, and further questions should be directed to the Houston Police Department.’