A runaway bride who allegedly fled with £13,000 she raised for her fiance’s stag trip to Ibiza was arrested last night, police have confirmed.

Rachel Doran, 29, from Cleator Moir, Cumbria, has not been seen since the scandal over the missing stag-do fund broke last week.

‘She has since been released under investigation while enquiries continue.’

Chris Mahone, 27, let his fiancee Ms Doran, 29, organise the four-day trip for him and 29 friends ahead of their wedding.

But when Mr Mahone and his friends arrived at the airport, they found she had allegedly provided them with fake boarding passes and documents appearing to be from a local travel agency.

It has also been claimed she asked 20 of her own friends to pay £300 each for a hen party in Edinburgh next month.

The group was on the way to Leeds-Bradford airport on Thursday when they realised they had been conned, sources claimed. 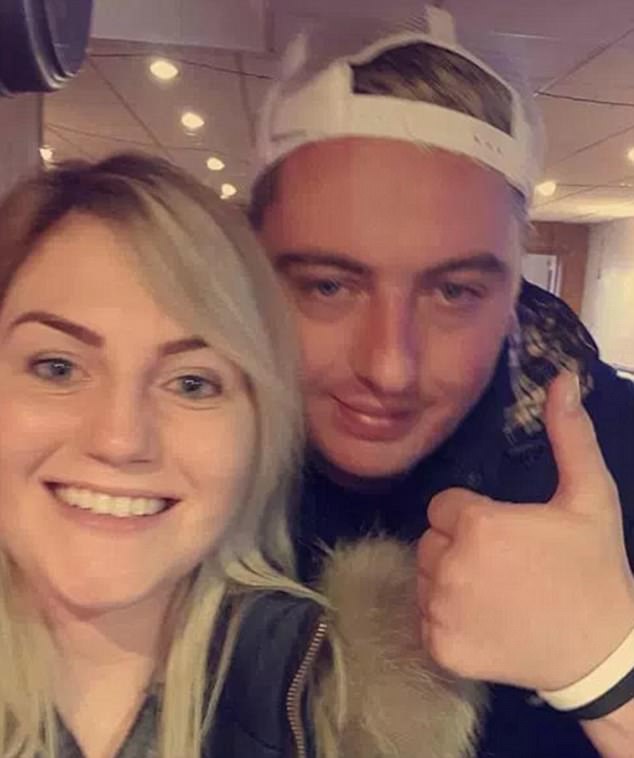 Chris Mahone (seen in a pub, meeting a woman who took a selfie), 27, let his fiancee Rachel Doran, 29, organise the four-day trip for him and 29 friends ahead of their wedding 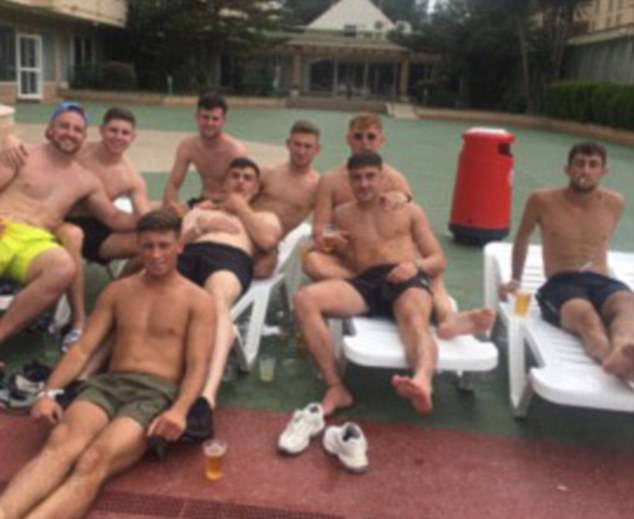 The arrest comes after it emerged Doran was previously held over claims she copied a hotel guest’s credit card before going on a spending spree.

She was arrested last month following reports a credit card belonging to a guest at the hotel where she worked had been cloned.

A source close to the investigation into the initial allegations told MailOnline: ‘Rachel Doran was arrested last month in relation to the cloning of a tourist’s credit card. She was questioned by officers and arrested on police bail.’

A Cumbria Police spokeswoman added: ‘A 29-year-old was arrested on August 3 on suspicion of fraud after a report regarding fraudulent use of a credit card. Enquiries continue.’ 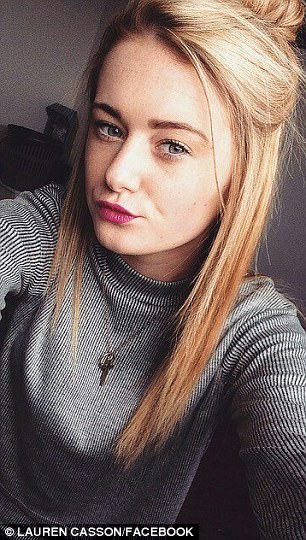 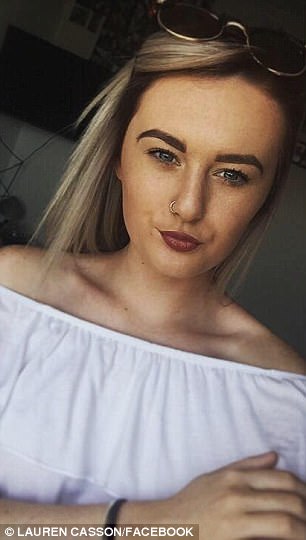 Worried members of the hen party – including Mr Mahone’s half-sister Lauren Casson (pictured) – now fear their money has gone missing, according to reports 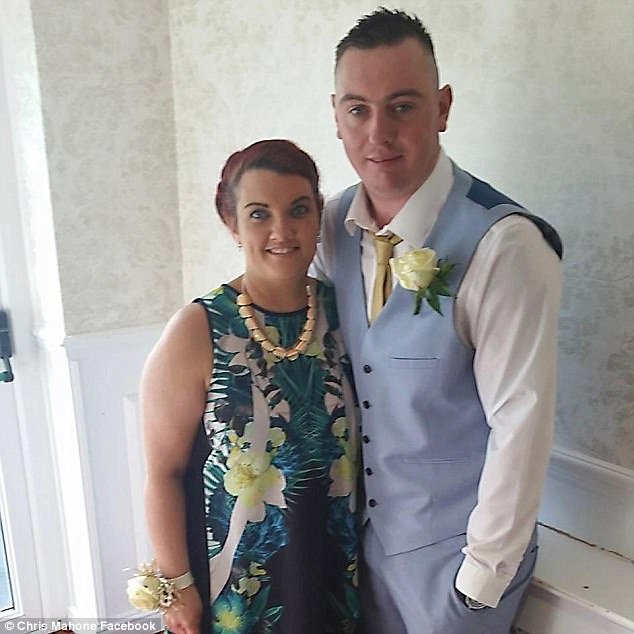 Meanwhile Ms Doran has fled the couple’s home in Whitehaven, Cumbria and is said to have gone into hiding in a caravan park 20 miles away in Allonby.

It is expected officers will be going to the caravan park in west Cumbria where she is understood to be staying.

Some of the revellers refused to be denied a holiday and instead flew off to Magaluf.

Nine of the original group spent £400 each on the spontaneous trip in a bid to ‘make the best out of a bad situation’ after their stag-do trip was revealed to be a fake.

Ms Doran is now alleged to have fled with her hen party money. 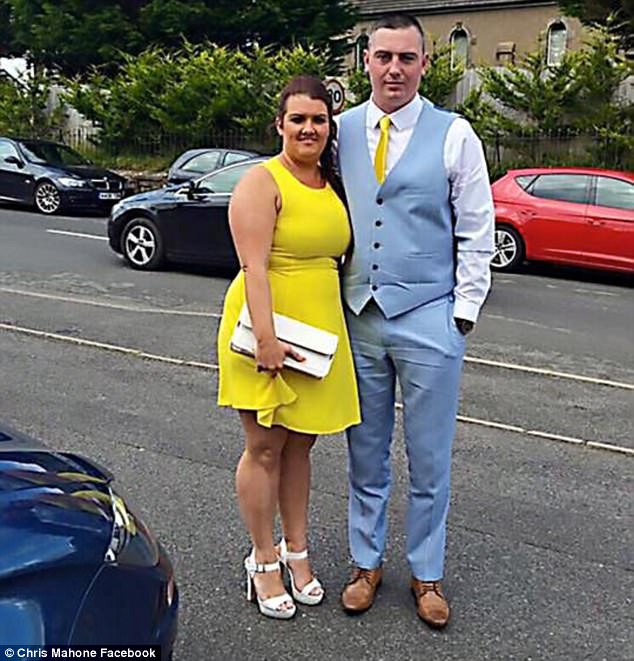 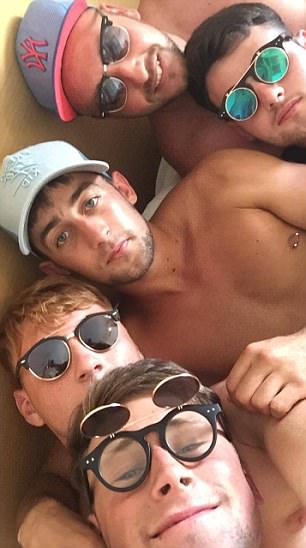 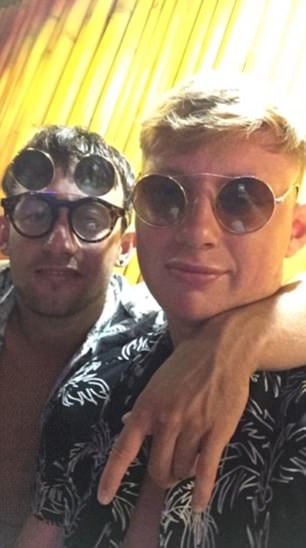 Sources told The Sun that the bride-to-be was motivated by revenge, believing her partner had cheated on her, a claim his friends denied.

One friend, Glyn Edwards, said Mr Mahone would be alerting the authorities about his fiancee’s alleged scheme.

He told the Sunday Mirror: ‘He’s said the police will definitely be informed. 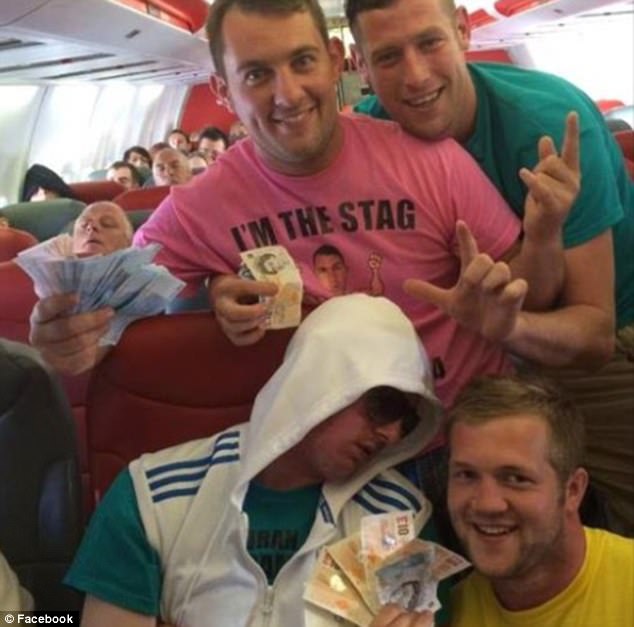 Mr Mahone uploaded this photograph to his Facebook account yesterday, though it appears where he is travelling to 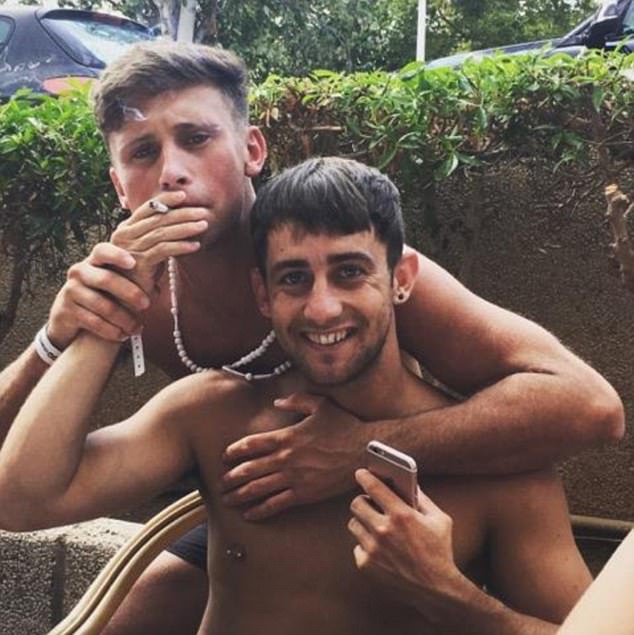 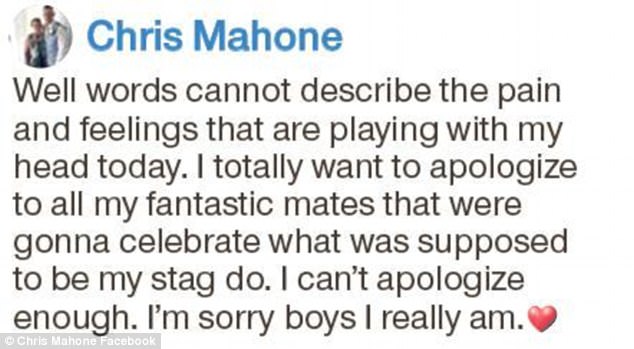 ‘Any suggestion Chris has been playing around with another woman is totally incorrect.

‘There’s no way that Chris would cheat.’

Some of his friends even posted a series of altered pictures in which they mocked Ms Doran.

One showed her face superimposed on to a film poster for the 1999 film Runaway Bride while another showed her holding a $11,000 cheque emblazoned with the words ‘Stag do fund’. 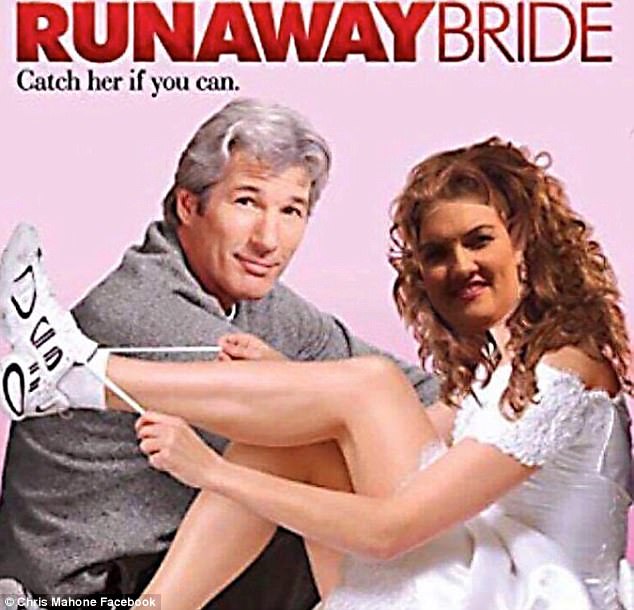 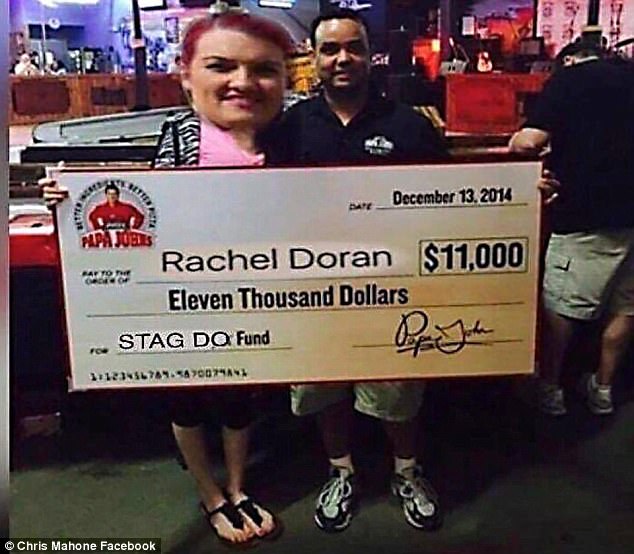 Mr Mahone had clearly been looking forward to his holiday and posted ‘anyone fancy Ibiza’ ahead of the trip.

After realising what had happened, nine of the party chose to fly to Malaga instead but the groom remained in Leeds.

One relative said the family was ‘devastated’ after the farce, adding: ‘(Chris) thought she was the most amazing fiancée ever, for organising the stag and everything.’

One of Mr Mahone’s friends, who has gone on the trip to Magaluf, told MailOnline:  ‘We had the stag do planned for a year now. We were meant to be going on Thursday 7th September.

‘We got within 15 minutes of Leeds-Bradford airport then the best man came to the back and said ‘listen lads, there’s no holiday’.

‘We were so shocked, we couldn’t believe it was real. There was no evidence of us booking and no space on the flight so obviously his girlfriend had done a runner with all the money.

‘Everyone had been paying money to the best man and groom then they were giving it to her pay off – but she was banking all the money.

‘Chris was absolutely devastated, he felt he let his mates down really.

‘You couldn’t believe what we were feeling. It was absolutely crazy, we were shocked and we couldn’t cope. A lot of the lads had saved all year for it as well.

‘Chris is the nicest person in the world, I just can’t believe it’s happened to him.

‘Hopefully he’s chucked all her stuff out on the road but apparently she’s done a runner.’

There was no answer at the semi detached house Rachel had shared with Chris and neighbours said they had not been seen for some time.

A relative of Rachel’s said: ‘I work with her mum. She was very upset when she found out.

‘There is a family rift but Rachel still talks to her mum and dad – at least she did before this happened.’