Police beat unarmed protesters and detain them at Moscow rally 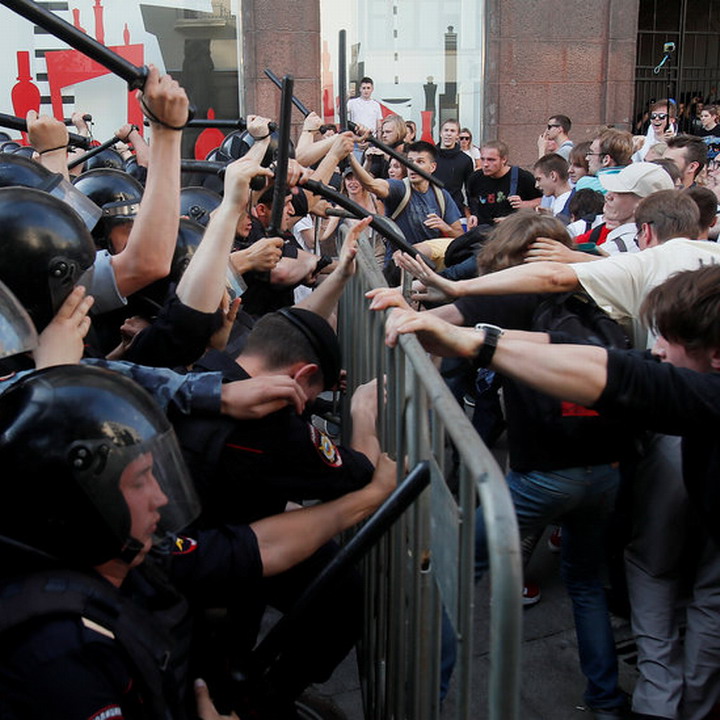 Russian opposition politicians have called on their supporters to keep up with street rallies, the day after the most forceful police response to protests in the country for years.

More than 1,300 people were detained by police on Saturday, at a protest called in response to the refusal of electoral authorities to register independent candidates for the Moscow city council elections in September. 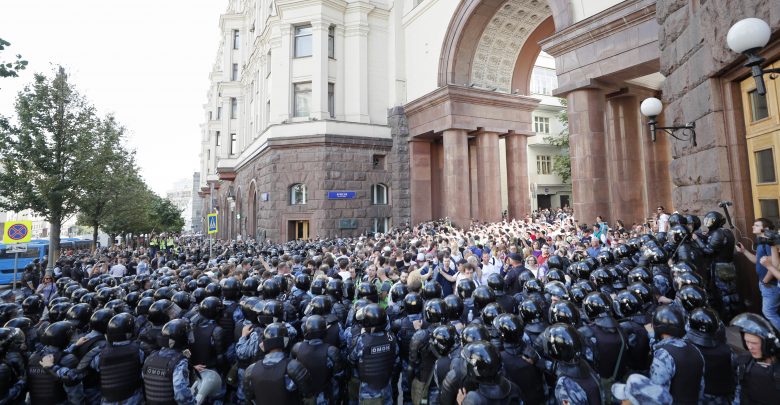 Most were released without charge, but more than 150 spent the night in police stations and may face court cases this week. An independent monitoring group said at least 25 people sustained injuries in the police violence.

Saturday’s protest came a week after more than 20,000 people rallied in central Moscow to protest against the decision to ban the candidates from standing, on what the opposition says is the invented pretext that some of the signatures collected to support their candidacies were faked.

The turnout shocked authorities, who did not give official sanction to the rally. On Saturday morning, Moscow mayor Sergei Sobyanin warned people that they could face arrest if they tried to protest, and riot police had clearly been given orders to move forcefully against the demonstrators. Large areas of the centre were cordoned off, and police used rough tactics and batons to detain protesters despite their action remaining peaceful. 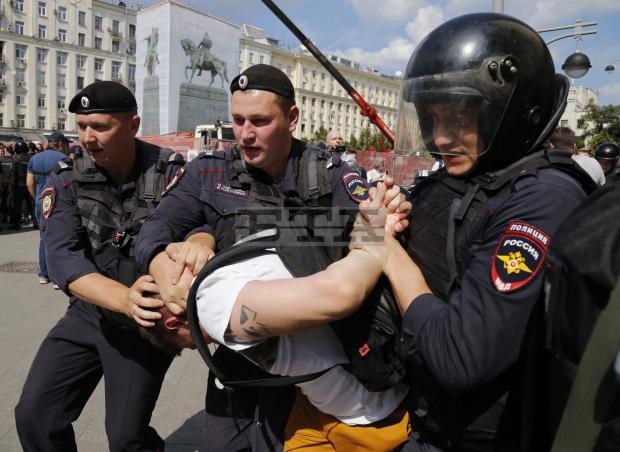 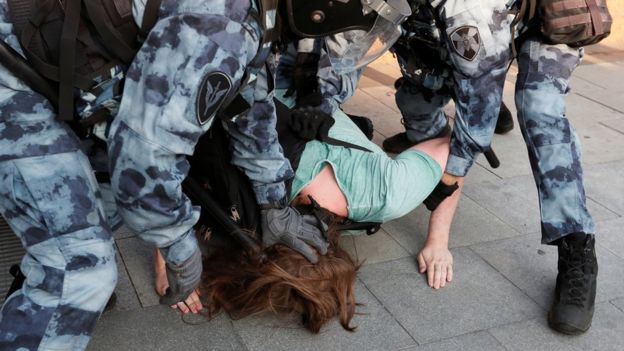 Several of the prospective candidates are still in prison, held on the charge of “obstructing the work of the electoral commission”, and police have carried out late-night searches of their homes in recent days.

Alexei Navalny, Russia’s best-known opposition leader, was arrested last week and sentenced to 30 days in jail for calling on people to attend an unsanctioned rally. On Sunday, he was moved from his cell to a prison hospital ward after suffering a “severe allergic reaction”, according to his press secretary. She added that he has never suffered similar symptoms before.

Navalny associate Leonid Volkov said he was not minded to see foul play in Navalny’s condition, saying he had been held in exactly the same cell last month and also suffered a skin rash, citing poor sanitary conditions in the jail.

Natalia Zviagina, of Amnesty International, said the violent response to the protest was a “new low” for Russian authorities and called on police to release all of those detained. “No one should be imprisoned for merely exercising their rights to expression and peaceful assembly,” she said.

The Moscow parliament is a largely decorative body with little real power, but by responding forcefully, authorities have provoked public anger, and will now have to decide whether to make some concessions or to continue with the crushing of dissent. Russian news outlets quoted sources as saying the FSB security services are leading the response to protests and believe a foreign hand attempting to destabilise Russia is behind them. 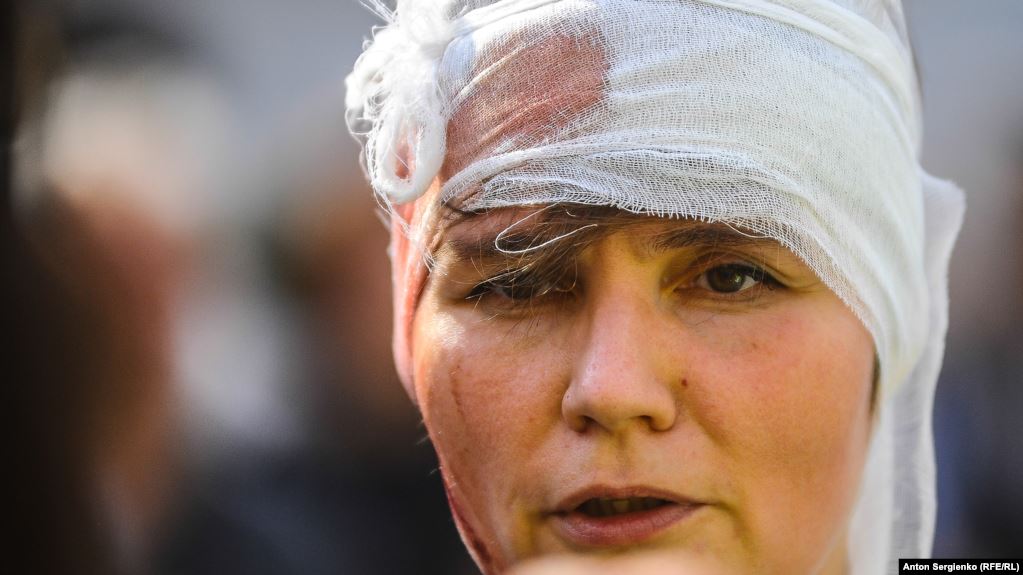 Vladimir Putin, who on Saturday descended in a miniature submarine to inspect the wreck of a second world war submarine, had not commented on the protests or the arrests as of Sunday. State TV has also largely ignored the unrest, but millions of Russians watched live streams of Saturday’s events on YouTube.

“It is not the economy that is angering people, and nor is it that they want to be in power,” wrote analyst Andrei Kolesnikov for the Russian outlet the New Times on Sunday. “People simply want their dignity to be respected.”

He compared public discontent since the last major wave of protests in 2012 to a fire burning underground, and breaking out on the surface at particular points.

Dmitry Gudkov, a former MP who was one of the prospective candidates for the Moscow city elections, said there would be another protest this Saturday, 3 August, in the hope of keeping up the momentum.

Gudkov, who was arrested on Saturday and released to face a court hearing later this week, was arrested again on Sunday as he went to a shop to buy food for those in jail.