Police car in Birmingham smashes into postbox during chase

A police officer was left red-faced after smashing his patrol car into a postbox during a suspected high-speed chase gone wrong.

Locals were stunned to see the BMW wedged on top of the flattened red box in Castle Bromwich, Birmingham, on Friday.

They even gave the sheepish-looking officer a bit of stick for his ‘bad driving’ as he waited for help.

Michael Gibbons, 69, drove past the scene and noticed the steaming bonnet as the officer scrambled for help.

The pensioner from Castle Bromwich, Birmingham, said: ‘Apparently the police car was chasing a car that had been stolen from a neighbouring town.

‘We don’t know if that car got away or not when the police car struck the postbox.

‘There was steam coming from the bonnet so I think he’ll have damaged the radiator.

‘I was just driving past but you could see that the pillarbox had been knocked right over to the ground and the car had ended up stuck on top of it.’

Police refused to acknowledge the incident had happened and refused to say if the car that was being chased got away. 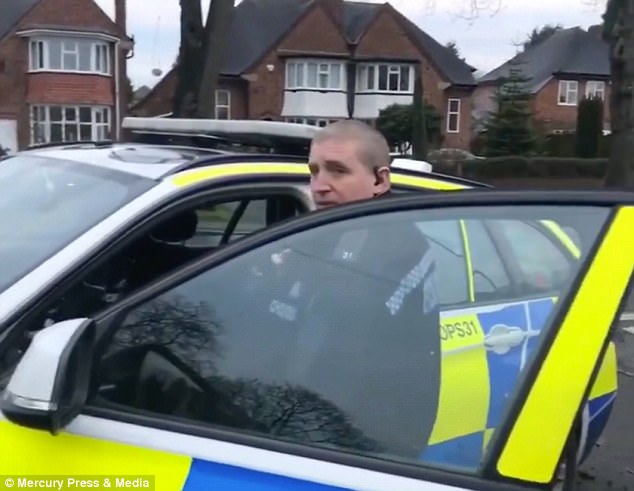 One cheeky onlooker said: ‘Was you drinking and driving again was you? I’ve told you you’ve gotta get off that alcohol you know’ 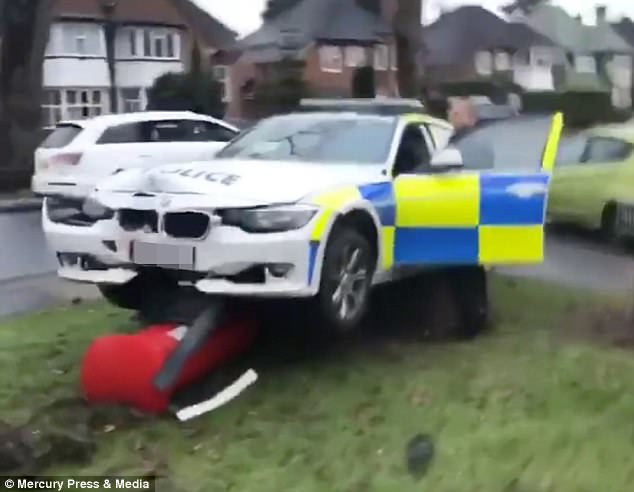 Michael Gibbons, 69, drove past the scene and noticed the steaming bonnet as the officer scrambled for help

One cheeky onlooker filmed the wreckage joking ‘you’ve got to take your time on the roads, kids’ as the officer sheepishly stood by his car.

The police officer was unhurt but laughed at the joke about him drink driving. The anonymous joker says: ‘Officer, Officer, what’s going on here?’

He then accuses the driver of rushing to a club night in Birmingham and asks ‘was you drinking and driving again was you? I’ve told you you’ve gotta get off that alcohol you know.’ 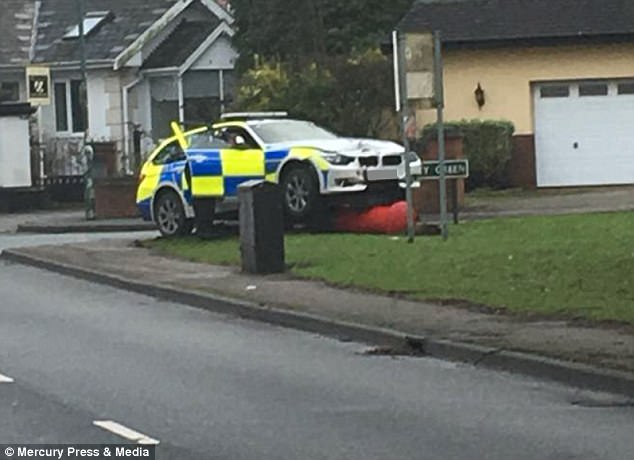 One online viewer, Kevin O’Keefe joked: ‘No wonder my letters have arrived late. I can’t wait to read the report on that one’.

However some social media users expressed concern that it could have easily been a child or pedestrian.

One user said: ‘Could of easily been a child, and he’s supposed to be a responsible law enforcer.’

Another said: ‘Advanced drivers shouldn’t end up like that lucky no child or person was on footpath or another police officer we be getting away with death by dangerous driving.’