Former CEO of Pinnacle Airlines was fatally shot in in downtown Memphis, Tennessee on Thursday night

Police officers ended up chasing a stolen white Ford F-150 truck at speeds of up to 100mph through the streets of Memphis on Friday morning.

The vehicle matched the description of the one driven by the suspect wanted for the fatal shooting of Greater Memphis Chamber leader 64-year-old Phil Trenary.

The former CEO of Pinnacle Airlines was  shot and killed in downtown Memphis around 8pm Thursday.

Police say the gunman sped away from the scene after shooting Trenary in the middle of the street.

Such a vehicle was spotted in South Memphis on Friday morning which is why police decided to pursue it in a high-speed chase until it crashed after the driver lost control. 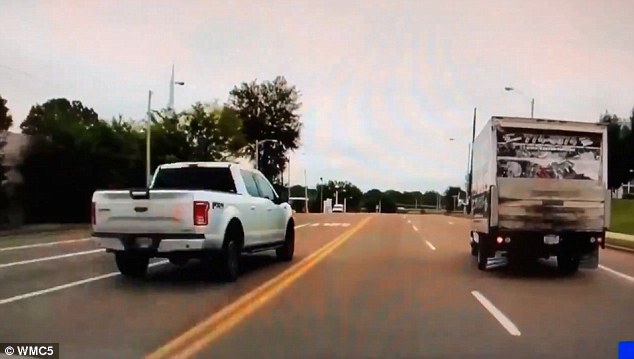 The impact was so severe that the truck was torn in half, with its rear half burned down to its frame. A gray car and an SUV were also wrecked.

The truck was later found to be stolen., Police then took two people into custody, both of whom are male.

Lt. Karen Rudolph told reporters that although the truck matched the description from the fatal shooting, it’s not clear at this stage if the occupants were involved in the killing.

The chase occurred on Friday morning at about 11am before the vehicle crashed at Krayer and McLemore in South Memphis, s near LeMoyne-Owen College. 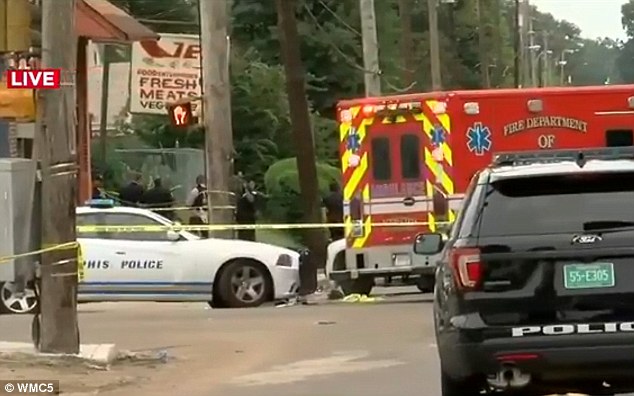 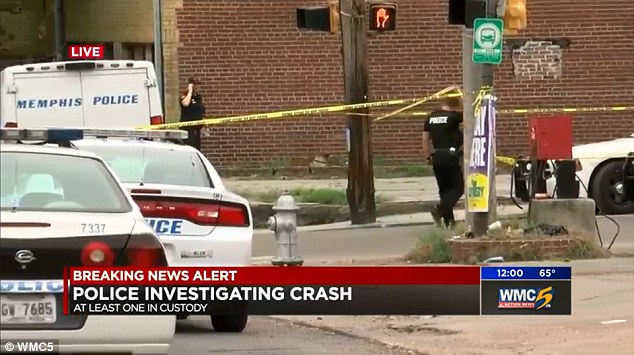 The chase occurred on Friday morning at about 11am before the vehicle crashed at Krayer and McLemore in South Memphis, s near LeMoyne-Owen College

After the crash, the scene was chaotic as police cars and ambulances arrived on the scene.

Emergency workers loaded a young man into an ambulance.

Police spokeswoman Karen Rudolph says officers saw the truck on Friday and tried to perform a traffic stop, but the driver refused.

Rudolph said officers determined the truck had been stolen. They pursued the truck, which crashed into two other vehicles. 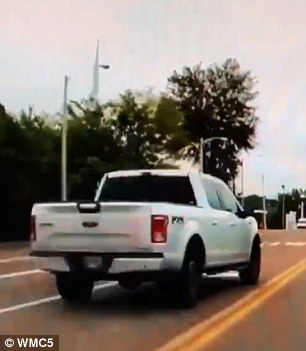 Trenary was killed Thursday night around 8 p.m. in a shooting on South Front Street in Downtown Memphis. He is one of the most well-known people to die by homicide in the city’s recent history.

The shooting took place in the 500 block of South Front Street in an area of high-end apartments in downtown Memphis.

The father-of-three was walking alone across the street from Memphis Farmers Market when he was shot.

Cops described the suspect as a black male with dreadlocks, wearing a blue shirt and driving a white four-door Ford F150.

The investigation is ongoing and police and trying to determine the motive.

‘It is still unknown whether if this was a robbery, a personal vendetta, or a random act of violence,’ Memphis Police Lt. Karen Rudolph told The Commercial Appeal on Friday. 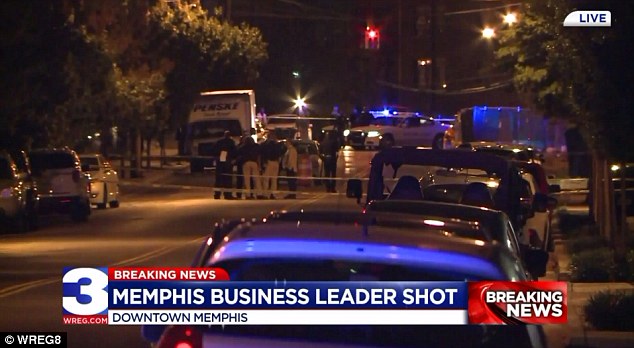 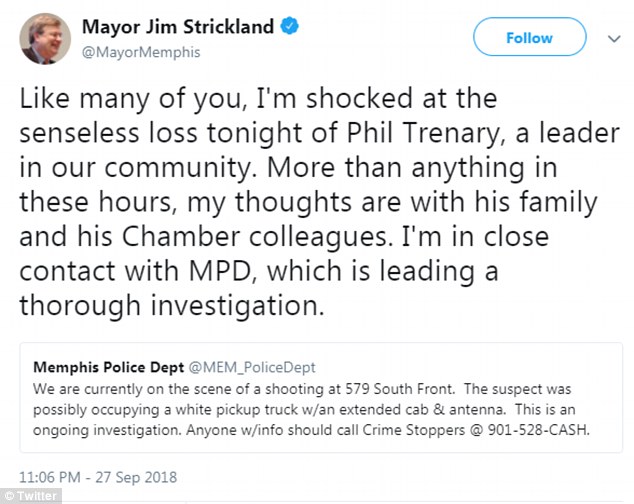 Memphis Mayor Jim Strickland said he is ‘shocked at the senseless loss tonight of Phil Trenary, a leader in our community’ 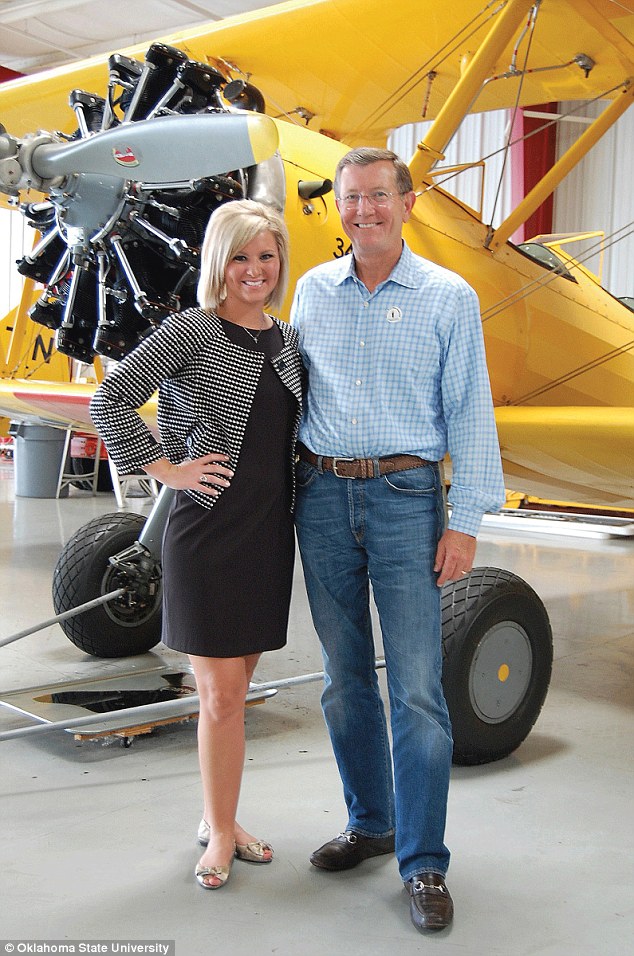 Trenary is pictured right next to Kathryn Marquart, is a senior majoring in professional pilot with a minor in aviation management at Oklahoma State University 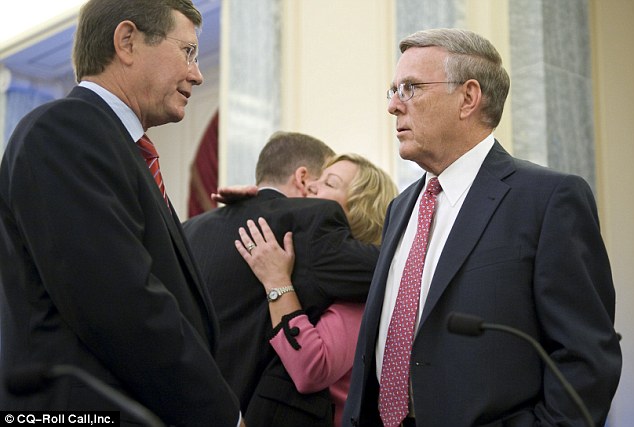 Strickland tells The Commercial Appeal: ‘My thoughts are with his family and Chamber colleagues.’

He also said on Twitter: ‘Like many of you, I’m shocked at the senseless loss tonight of Phil Trenary, a leader in our community.

‘More than anything in these hours, my thoughts are with his family and Chamber colleagues. 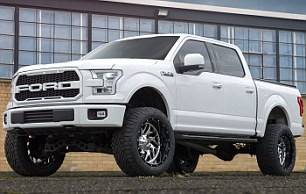 Police were keeping a lookout a Ford F-150 pickup truck that the gunman was said to be driving when one refused to stop for cops. A high speed chase then resulted

‘I’m in close contact with MPD, which is leading a thorough investigation.’

The Commercial Appeal reports that Trenary – a father-of-three – founded Lone Star Airlines in Oklahoma in 1984.

He came to Memphis in 1997 to run a regional airline that morphed into Pinnacle.

Tennessee Governor Bill Haslam was among those to pay their respects to the family.

He tweeted: ‘Our hearts are broken with the news of the loss of Phil Trenary. Phil has been a wonderful friend to Crissy and me and a great advocate for Memphis. Our hearts go out to his family and his associates and the Memphis community.’

He also wrote on Twitter: ‘Sometimes you have those friends that you have fought with, learned from and gained a mutual respect and love for.

‘We talked yesterday, we planned to hang out and you were coming to the Block Party this weekend. Now you’re gone. Praying for the Trenary family.’ 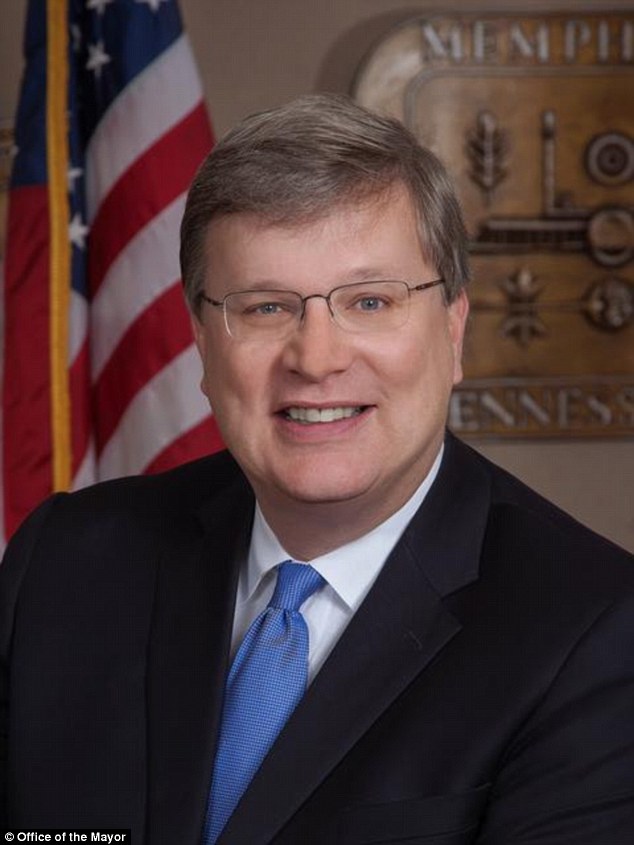