Police Constable Andrew Loveless, 45, pictured outside court today, was jailed for five months for harassing his constable wife by sending poisonous messages to her loved ones

A highly-commended police officer was today jailed for five months for harassing his constable wife by sending poisonous messages to her loved ones.

Police Constable Andrew Loveless, 45, cried as he watched his ex-wife Julie break down in the public gallery when he was sentenced.

Loveless sent the messages to his ex-wife’s father, friends, and family following the breakdown of their marriage.

One of them said: ‘Julie is leaving. You can have the b****. Good riddance. I too will be leaving. She can return whenever she wants – I will not be here. I hope you all rot in hell.’

He also emailed acquaintances of his wife and met a friend at a pub where he shared malicious information.

Mrs Loveless, speaking at an earlier trial which was stopped when Loveless changed his plea, said: ‘I felt physically sick, I felt I just wanted to get out and move away and leave it all behind.

‘No matter how hard I was trying to be a good person and get on with my life, he was stopping me doing it.

‘He would not stop. His sole intention was to destroy me – that was how I felt.’

She added: ‘I felt he was doing it out of spite. He wanted to cause me as much hurt as he possibly could.’

Sentencing the twice-commended officer from Dorset Police at Southampton Magistrates’ Court, district judge Anthony Callaway told Loveless: ‘You commenced a campaign against [your ex-wife], utilising sensitive information to belittle her. 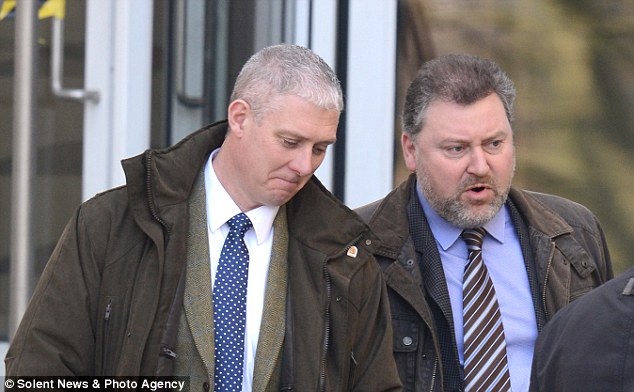 Loveless (left) sent the messages to his ex-wife’s father, friends, and family following the breakdown of his marriage to Julie Loveless

‘That campaign was deliberate and was orchestrated over time.

‘It was against her family, against her work, against your children and their friends, and against her – an entirely decent woman doing her best to keep up with her work and raise her children.

‘[This was] harassment of a most insidious nature. You should be ashamed of what you have done.’

Mr Norris, mitigating, apologised to Loveless’ family on his behalf.

He said: ‘He has been under some pressure for the last nine years. Following the death of his father he became deeply, deeply depressed.

‘It was clear such a toll was taken on the marriage. There was a break-up and his mental health took a terrible low. 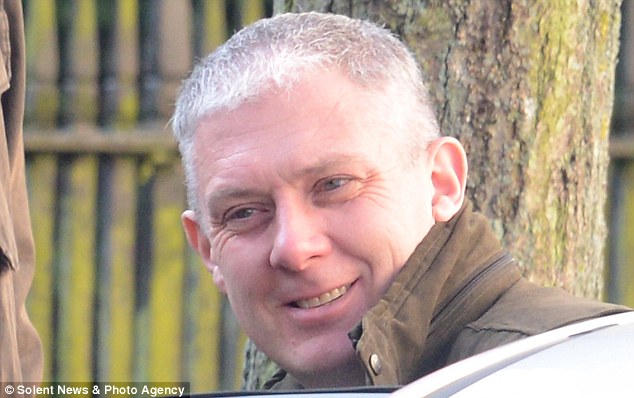 Loveless, who admitted one count of harassment without violence, also emailed acquaintances of his wife and met a friend at a pub where he shared malicious information

‘The last thing I have been asked to do on his behalf, is to apologise in this very public forum to those he has hurt.’

Passing sentence, Judge Callaway said: ‘In my judgement, this matter is so serious it has to be marked by a custodial sentence.’

The officer admitted one count of harassment without violence.

As the sentenced was passed, Loveless’ ex wife broke down in tears in the public gallery.

Loveless, from Charlton-Marshall, near Blandford, Dorset, was led from the dock as he began to cry too.