Police had to rule out terrorism in Dreamworld tragedy

Almost a year after the Thunder River Rapids tragedy that claimed the lives of four people at Dreamworld, police have revealed that their first thought was that the deaths were caused by a terrorist attack.

Detective Inspector Todd Reid told the Courier Mail on Monday that the first job of the police response was to rule out the possibility that the incident was terror-related.

Officers had to explore the possibility of ‘an actual attack, and then check on other sites that could also have been targets, before ruling out terrorism and confirming that the tragedy was an accident. 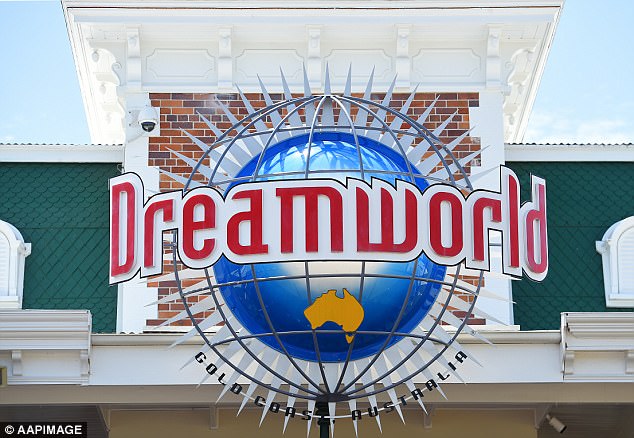 He added that terrorism was something that was immediately on the minds of the responding officers from the very beginning: ‘In the world that we live in these days, are we dealing with a deliberate act?’

Detective Inspector Reid also opened up about the horror of October 25, 2016, when he was called to Dreamworld during his 2pm shift with news of a ride accident.

At first, he didn’t assume the worse because there had been ‘several ride malfunctions at the theme parks’ in recent months, and he had no idea what he was about to witness.

After hearing the news that there was at least one fatality, Detective Inspector Reid knew that the incident had quickly turned into something ‘tragic’, as investigators were sent to the scene and eventually concluded that the collision was an accident. 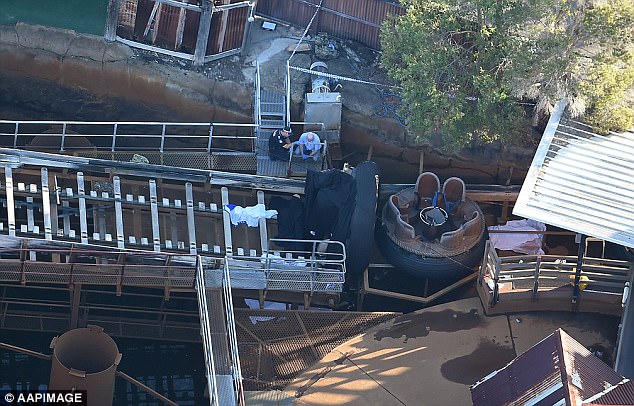 ‘As police officers, you might go to a multiple fatality traffic accident, or you go to a homicide, that’s just what we do,’ he said.

But it was the location of the accident – a beloved family weekend location and tourist attraction – that ‘changed everything’.

He explained that the incident was all the more emotional for people, because lots of Queenslanders have an emotional and nostalgic connection to Dreamworld.

‘It’s not the sort of place that’s supposed to happen at,’ he said. ‘You’re supposed to be safe there and feel good and have a good time. You’re not meant to die there.’

But that’s exactly what happened to Canberra woman Kate Goodchild, 32, her brother Luke Dorsett, 35, his partner Roozi Araghi, 38, and New Zealander Cindy Low, 42, after a malfunction in the Thunder River Rapids conveyer belt caused their raft to flip. 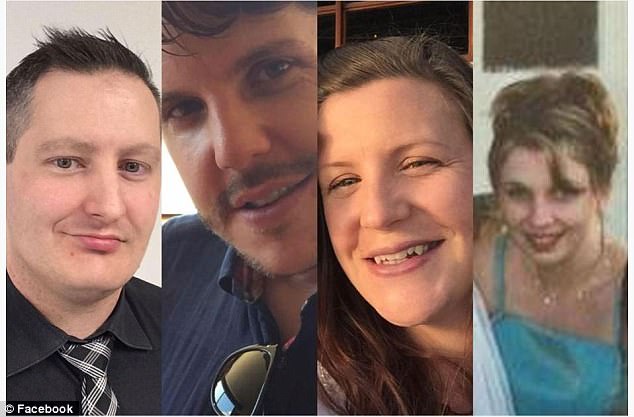 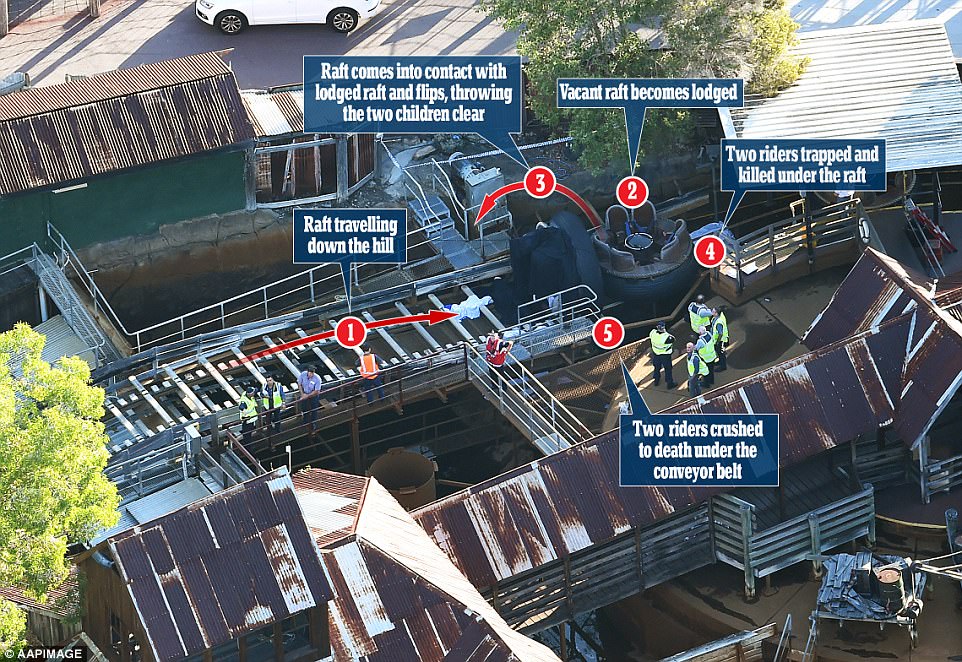 Two of those that died had been trapped beneath the raft, and two were trapped under water

Police have recommended no charges should be laid over the horrific Dreamworld disaster that killed four people – but the theme park’s owners could still face prosecution.

Industrial Relations Minister Grace Grace confirmed to the ABC in September that there is a real ‘possibility of pending legal action’ as new legislation to make ‘industrial manslaughter’ an offence in Queensland was introduced in August.

While the legislation is expected to pass, it is too soon to tell whether or not it will be used in the Dreamworld case.

‘Under our proposed laws, the maximum penalty for industrial manslaughter will be 20 years imprisonment for an individual, with a maximum fine of $10 million for a corporate offender,’ Minister Grace said in a statement to the Guardian. 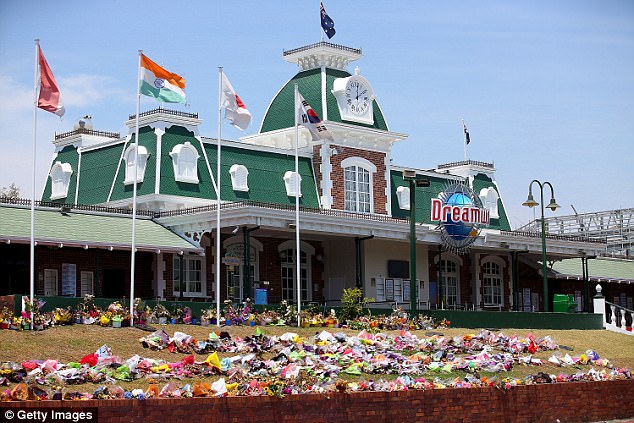 Police provided a report to the Queensland coroner which said no staff should be prosecuted for the tragedy, according to the Brisbane Times.

A police spokesman said the coroner ultimately would decide if any charges were to be laid, while Ardent Leisure – the owner of the park – may still be prosecuted by Workplace Health and Safety

Dreamworld has been beset with financial issues since the incident, including plummeting profits as fewer families visit the theme park. 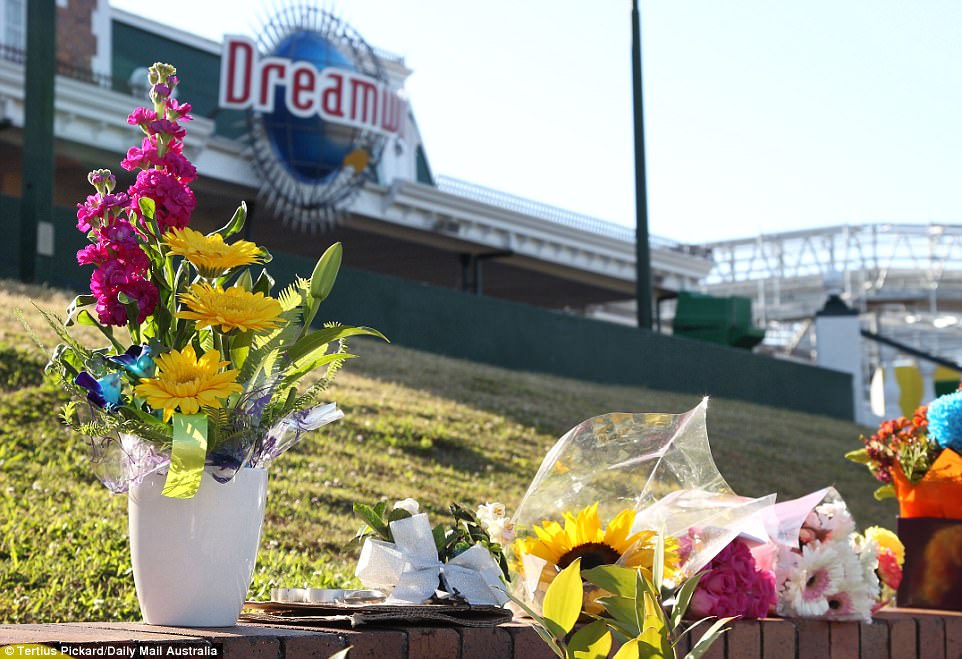